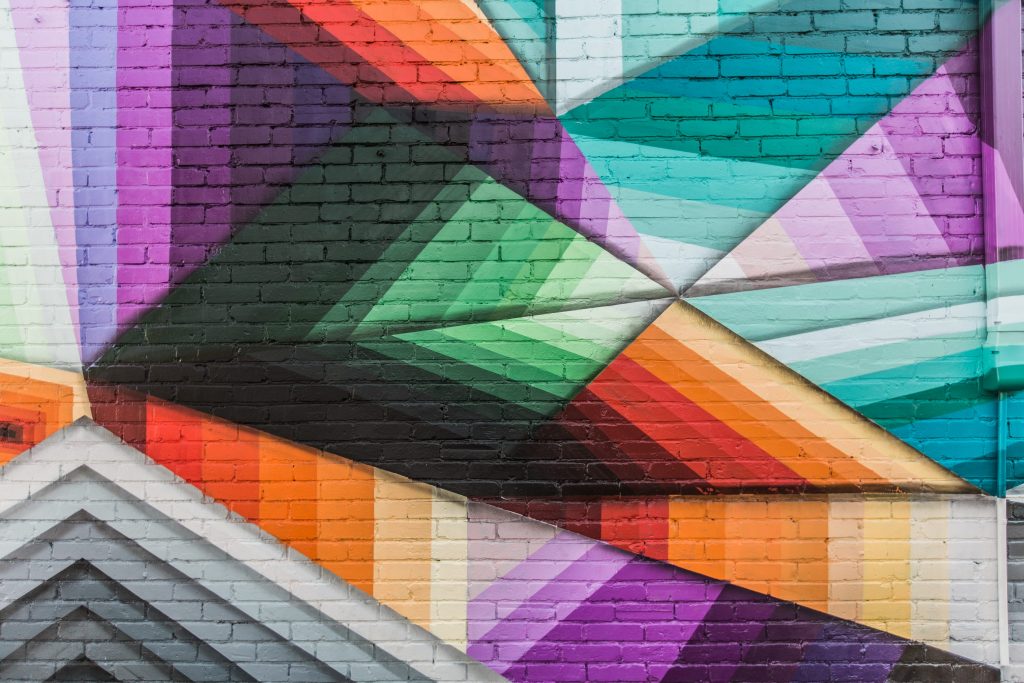 Nathan Brown moved to Nashville from Los Angeles in 1989, when he was eleven years old. Missing the culture of LA, he skateboarded and did graffiti throughout junior high and high school. In the ’90s, he became a fully sponsored Amateur skateboarder, which gave him the opportunity to travel and cultivate his work abroad. He started college but dropped out, built a few companies from the ground up, and worked as a marketing director and concert promoter. Brown currently lives and works in Nashville making murals, with his trademark style being large-scale geometric shapes and organic line work and fonts. 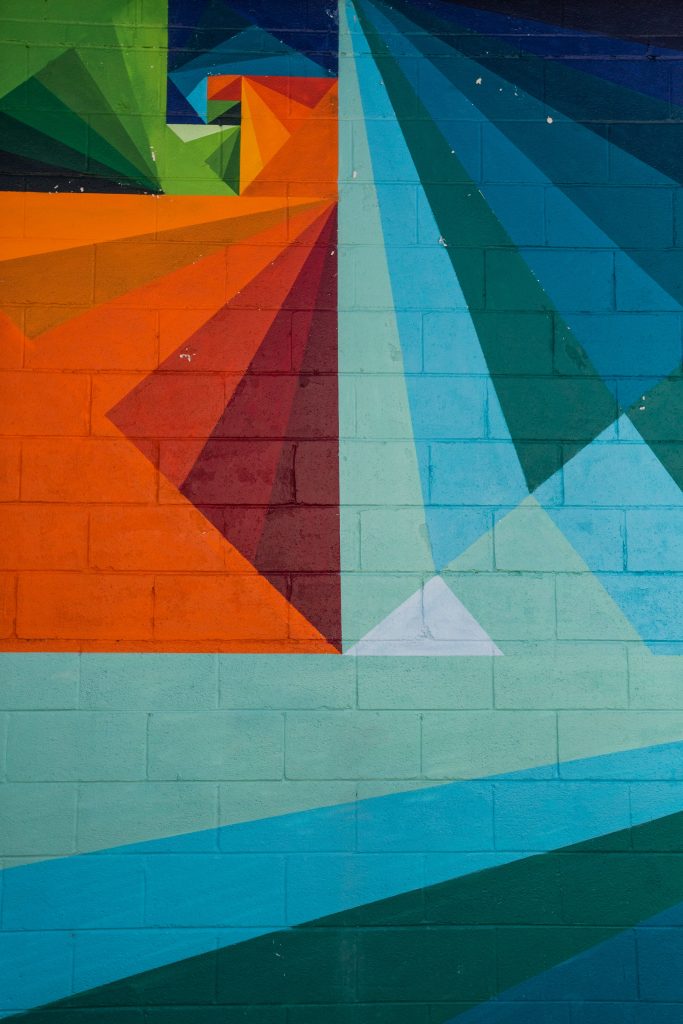 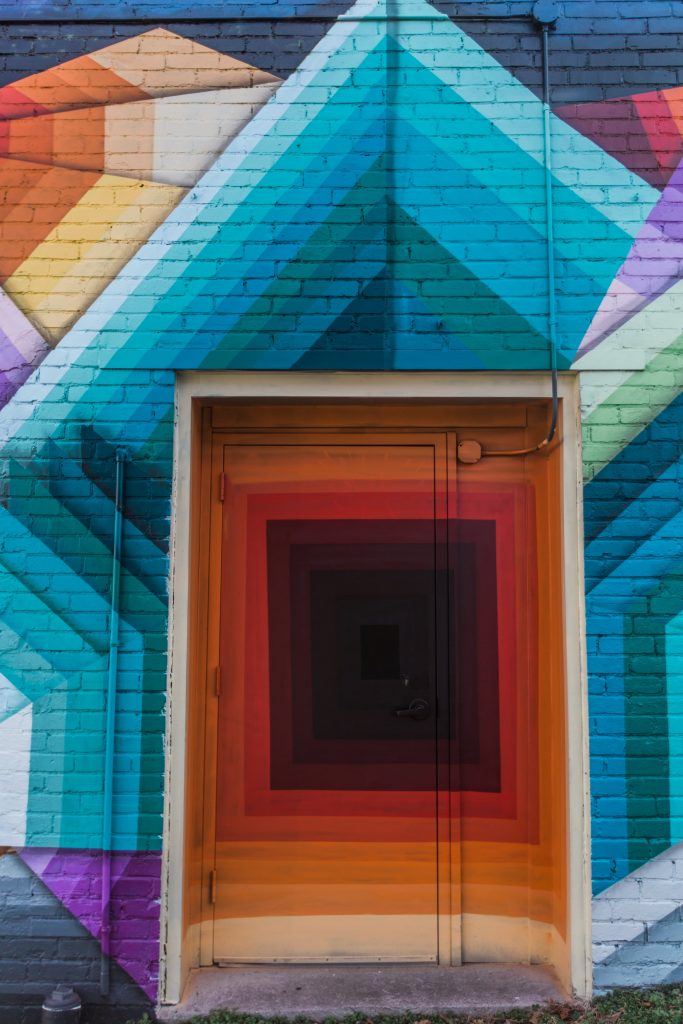 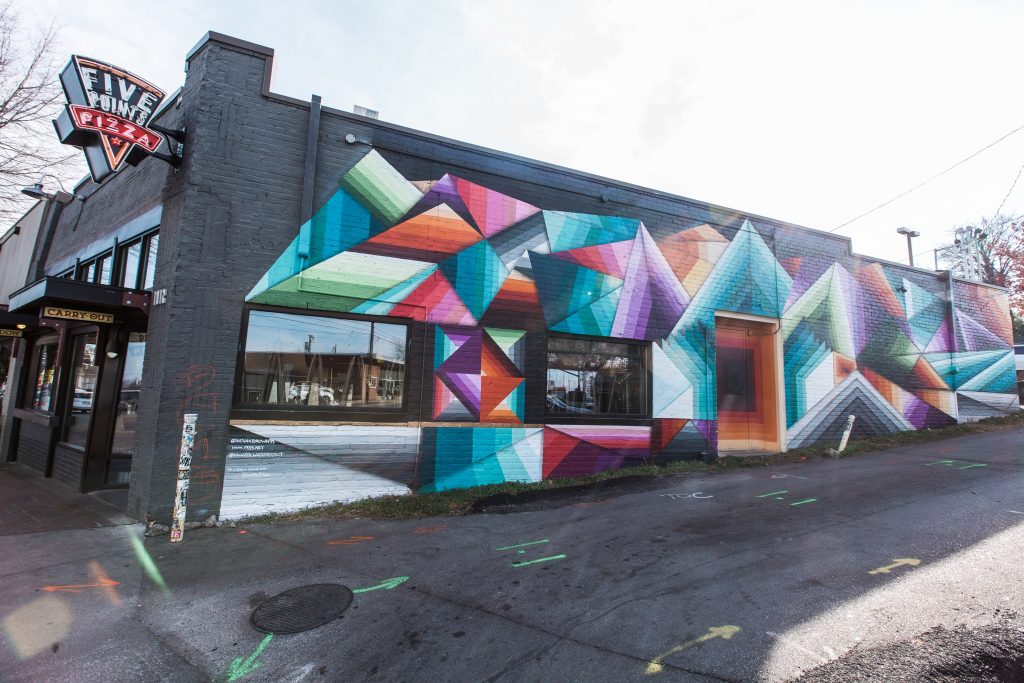 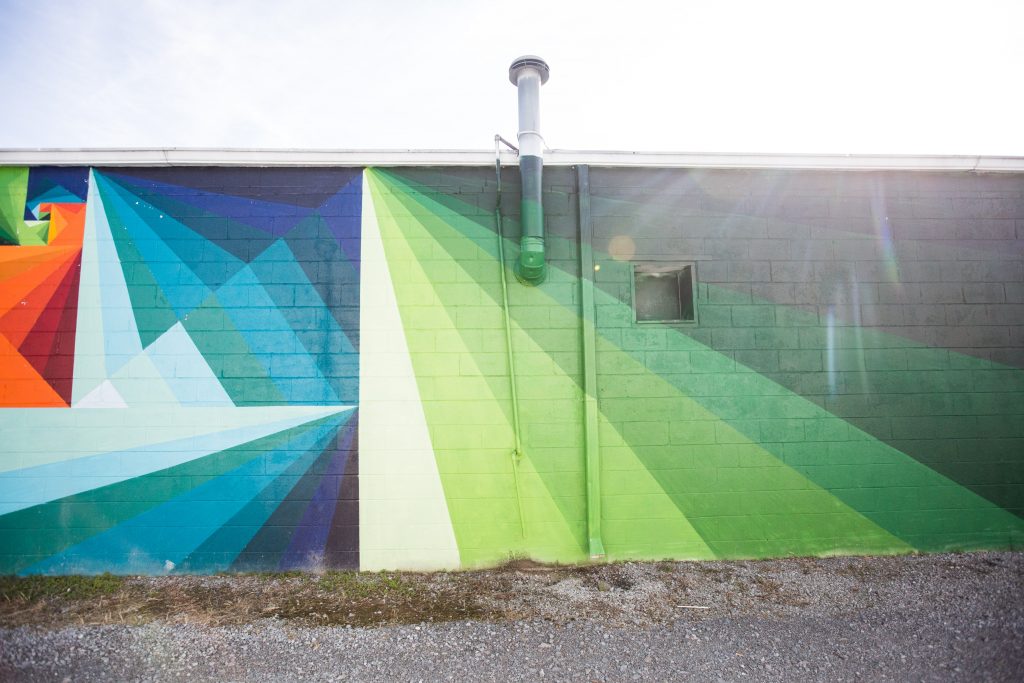 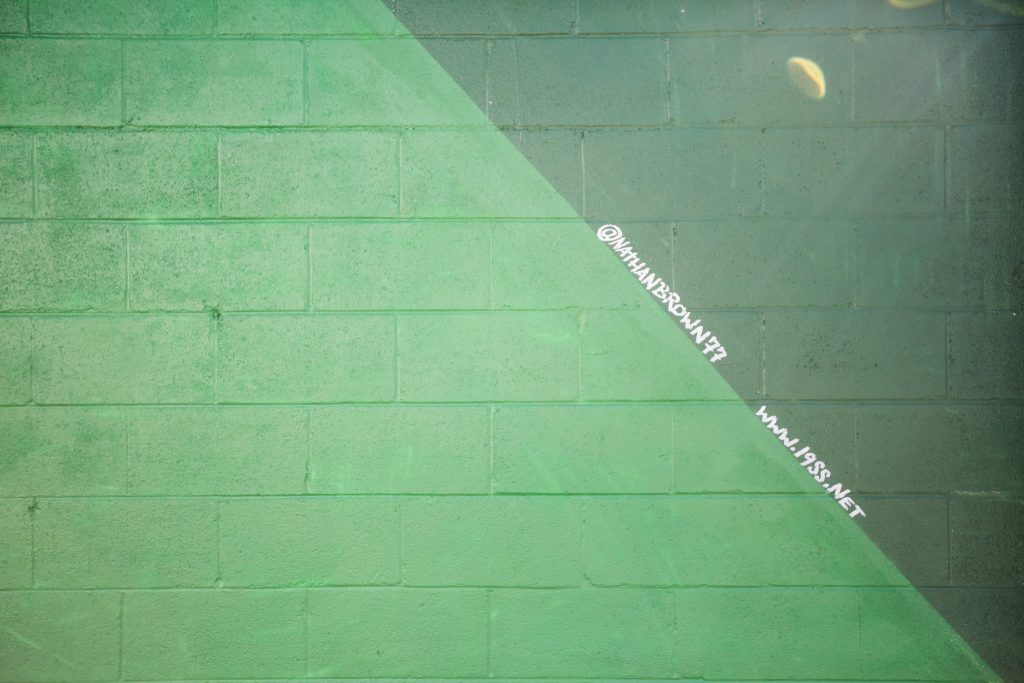 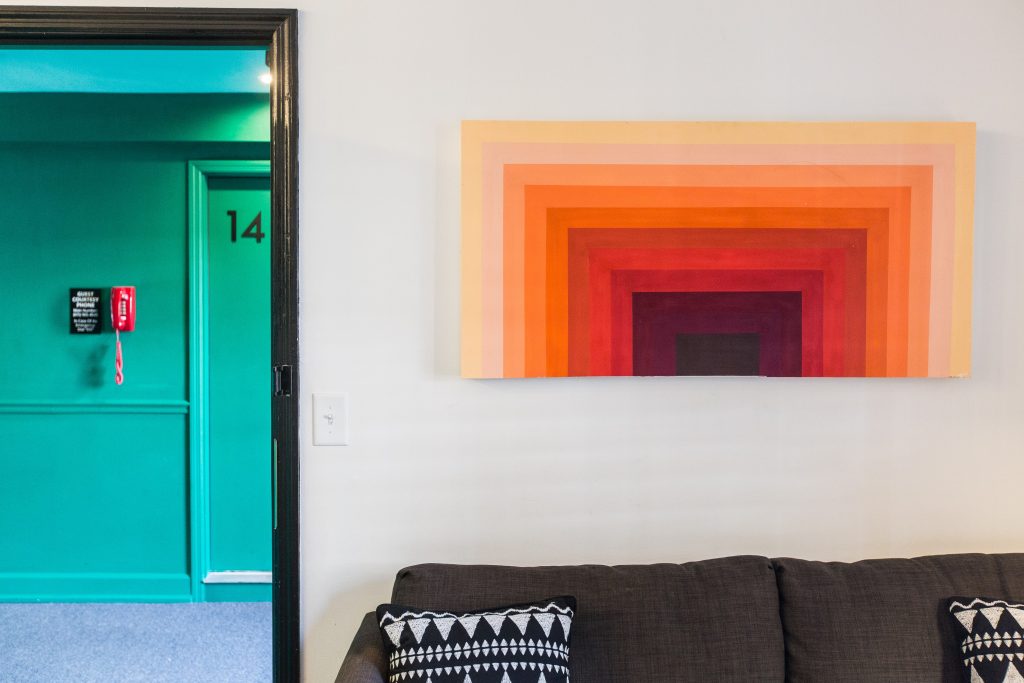 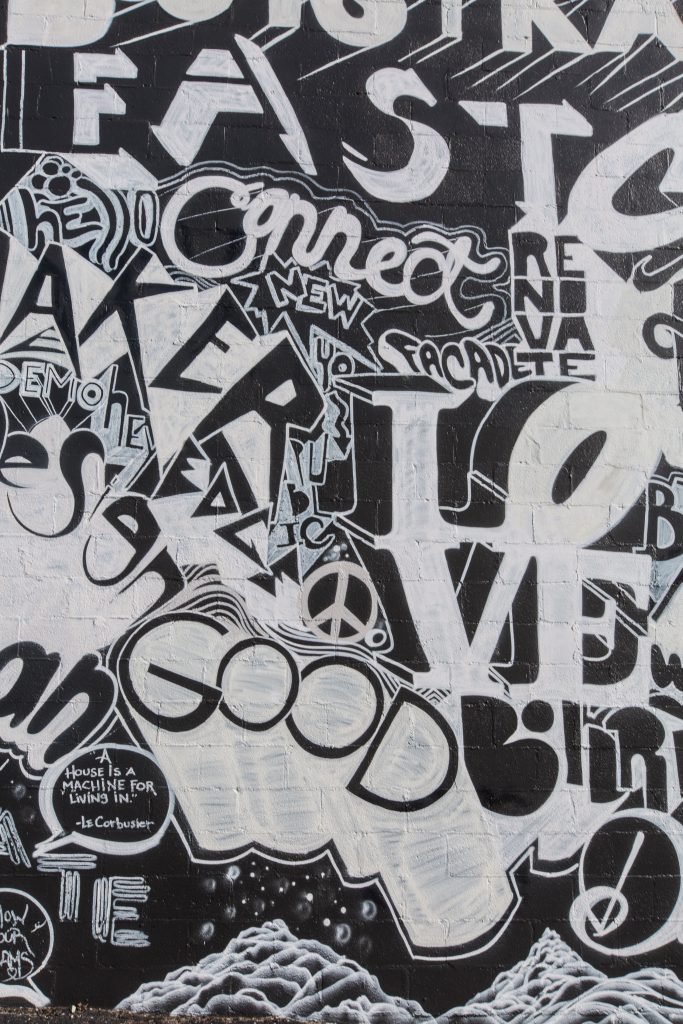