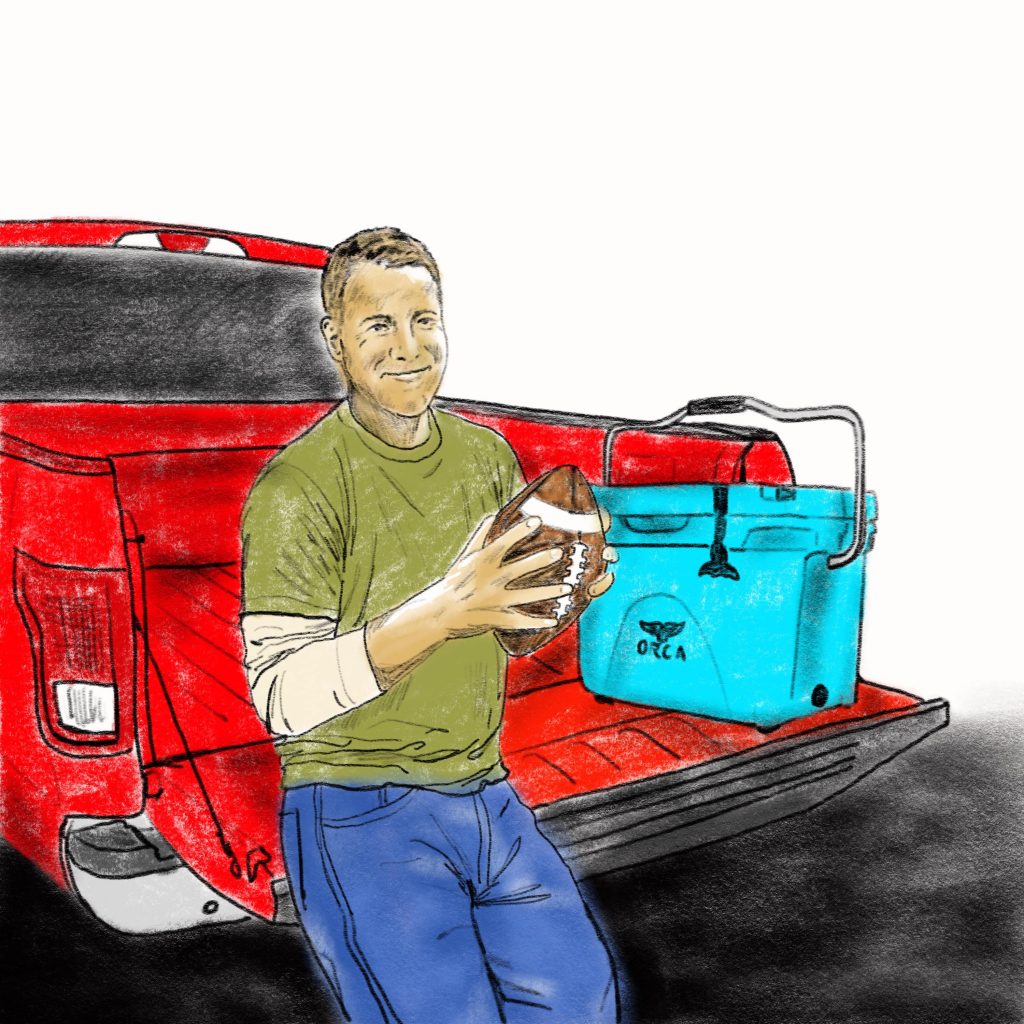 Pro Football Hall of Fame quarterback Brett Favre has amassed some fond memories of Nashville over the years—he’s played a few games and come to hang out with buddy Tim McGraw—but now the gridiron legend has bought in. Literally.

Favre is now a partner in ORCA (Outdoor Recreation Company of America), a rotomolded cooler company started by Nashville local Cliff Walker in 2012. Featuring a full range of rugged, made-in-America products designed to outlast and out-price their main competition, Yeti, the company has grown from a handful of employees in an apartment-sized warehouse to 155 staff members in more than 170,000 square feet off Antioch Pike. And with the addition of its official NFL license (which Favre helped secure), those figures are likely to keep growing.

Making the announcement at ORCA’s headquarters on September 29, Favre says he got involved after Walker sent him six coolers to try out on his farm in Hattiesburg, MS. The icon was so impressed he agreed to come see the operation firsthand.

“Very rarely would I ever go out of my way before a deal was in place,” he explains. “But [my business manager] said, ‘You gotta come see how they make them.’ They didn’t even really have a pitch. I said, ‘No offense, but I’ve never heard of you,’ and [Walker] was like, ‘Yeah, well we kind of just fly under the radar.’”

Favre appreciated ORCA’s low-key, in-house approach and was on board to help them grow, but he wasn’t looking for another talking-head gig.

“I have more people ask me about Wranglers and Copper Fit,” he says with a laugh, referring to two of the brands he’s endorsed over the years. “I don’t need any more work . . . I really don’t need to pitch another product. I kind of like just having my free time.”

He believed in the company, though, so he agreed to become an investing partner—and quickly helped cut through nearly a year’s worth of NFL licensing red tape . . . in twenty-four hours.

“They do a hell of a job,” Favre says of ORCA. “I think there’s a lot to be said for caring and making a great product. Cliff [had] his blood, sweat, and tears into this from day one. That’s what I like about him, he’s in it to win it.”

As for his own competitive side, Favre says he’s not watching football anymore, instead preferring his daughter’s University of Southern Mississippi volleyball games. He couldn’t miss the NFL’s ongoing injustice protests though. Without claiming expertise, he thinks the demonstrations are dividing more than uniting the country, and he suggests that the NFL could tackle the issue head on instead—like it does for Breast Cancer Awareness Month.

Likewise, he hopes to see the league do more to confront the danger of repeated concussions. Favre holds the all-time record for consecutive NFL starts (297), so he’s been knocked around a bit himself. And now he’s seeing the effects of CTE (Chronic Traumatic Encephalopathy) on his peers.

“What they’re not doing is treating concussions, they’re trying to prevent them,” he says. “But you’re not going to prevent them . . . They need to invest money into treating. If you had a medicine that reduces [brain] swelling instantaneously? We’re talking about a game changer.”

For now Favre is content to spread the word about ORCA, like he did at last weekend’s UT Vols game. He’s got no plans to return to football—even as a coach—but he’s hedging his bets.

“Based on my past, I think it’s best to never rule anything out, just to be safe,” he says. “I caught enough grief because I retired three times.”