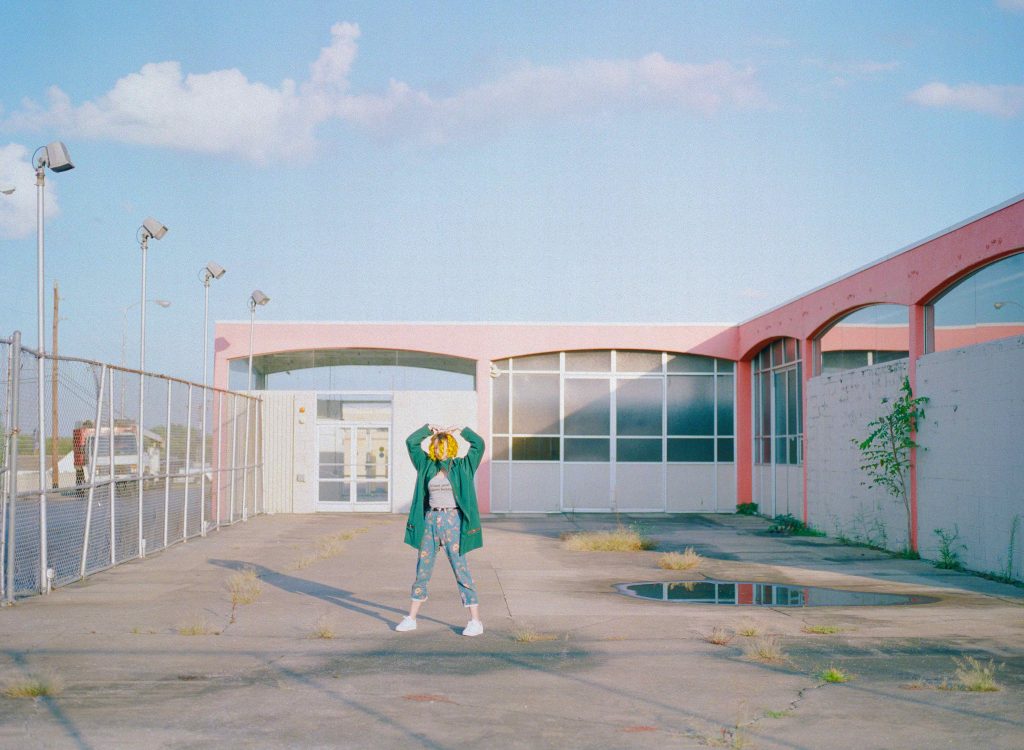 “I actually hate being on camera,” declares twenty-eight-year-old artist Tessa Violet, her casual revelation catching me off guard so completely that I nearly choke on a mouthful of hot coffee.

“What?” I ask. “Your YouTube channel has over a million followers, and it’s pretty much all videos of you.”

“Yeah,” she says. “But it’s so stressful. On camera, if you look even 2 percent unsure of yourself, that reads as 23 percent unsure, and it’s very uncool.”

The admission comes as a shock—but considering Violet first found fame as a vlogger, perhaps her honesty should have been expected. Starting in 2007 she built a dedicated fan base of more than 1.4 million YouTube subscribers, connecting through quirky, self-produced videos that explore vulnerable themes like depression, personality, and creativity among other deep-thinking bedside topics. There are also homespun song covers and interviews with other social media stars. Back then the name of the game was authenticity, and although she’s not vlogging anymore, Violet keeps finding ways to open up, lately as a Nashville-based pop artist.

With a pair of spring-loaded singles out now and more on the way, Violet is still focused on being her most authentic self—and what’s most authentic musically is a messy-but-charming mix of irreverence and genuine probing of the human condition, with questions about love and self-worth in the wake of a breakup presented as lighthearted, electro-pop earworms. Her upcoming second album, Bad Ideas, puts her gift for bold self-examination on blast, getting brutally real (in a cheerful way) about the lowest low point of her life so far. 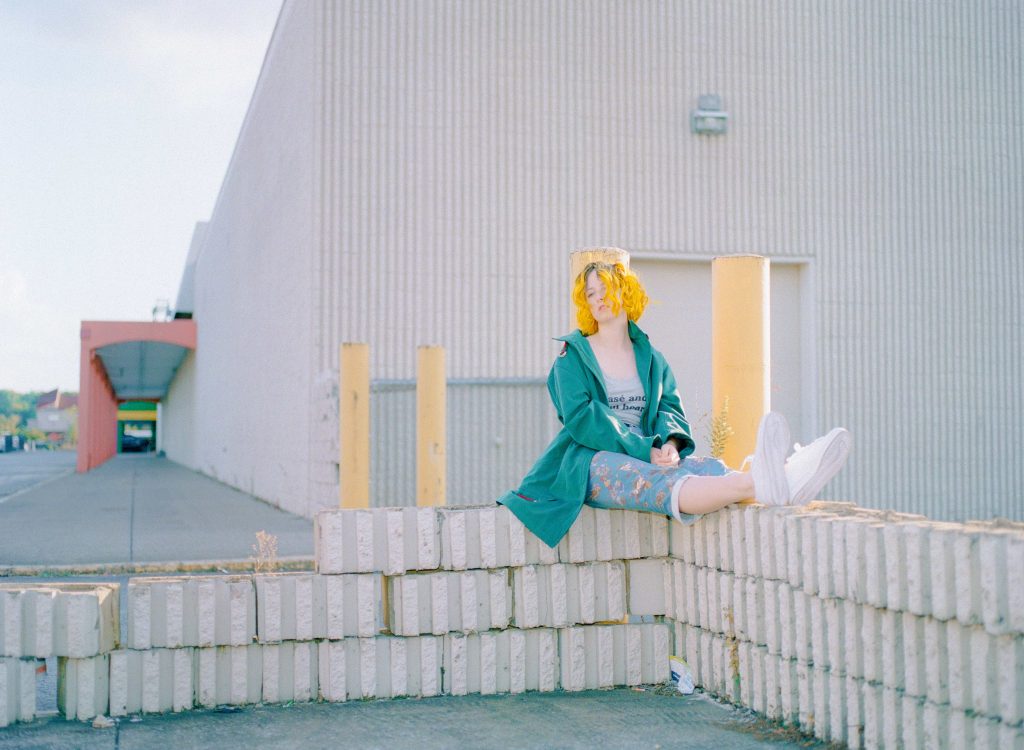 “I had always seen songwriters as these wizards,” she says with a chuckle, speaking over the phone from the cozy, snowed-in paradise of her mother’s home in coastal Maine. “Like, I always imagined songwriting as a kind of magic you either possessed or didn’t, but then I started realizing it was just problem solving. ‘How do I say what I need to say?’”

Violet’s musical side quest began just five years ago, kick-started when a friend abandoned an acoustic guitar in Violet’s car and moved away. After learning a few chords, she wrote her first song a month later and went on to release a number of embryonic recordings, including 2014’s Maybe Trapped Mostly Troubled and 2016’s Halloway EP.

A year ago, she decided to stop putting herself in front of the camera every day, feeling instead like her new creative outlet was a better way to connect. Looking back, she explains that vlogging was her way of learning how to tell a story, and she says her fans have come with her for the most part—the whimsical daydream of her “Crush” music video has pulled in more than 24 million views since it was posted in June.

“I had gone through a breakup, and people were like, ‘Why are you not online?’” she says, explaining her career’s hard left turn. “I was like, ‘Because I have no perspective to offer. I’m just sad and lonely every day and doing things that I know are not really bringing me life, but that’s just where I am.’ I felt like I couldn’t be online with those things, but songwriting is really a safe place to work through that stuff. Songs don’t need to have a moral or an answer, they can just be, ‘This is my experience.’” 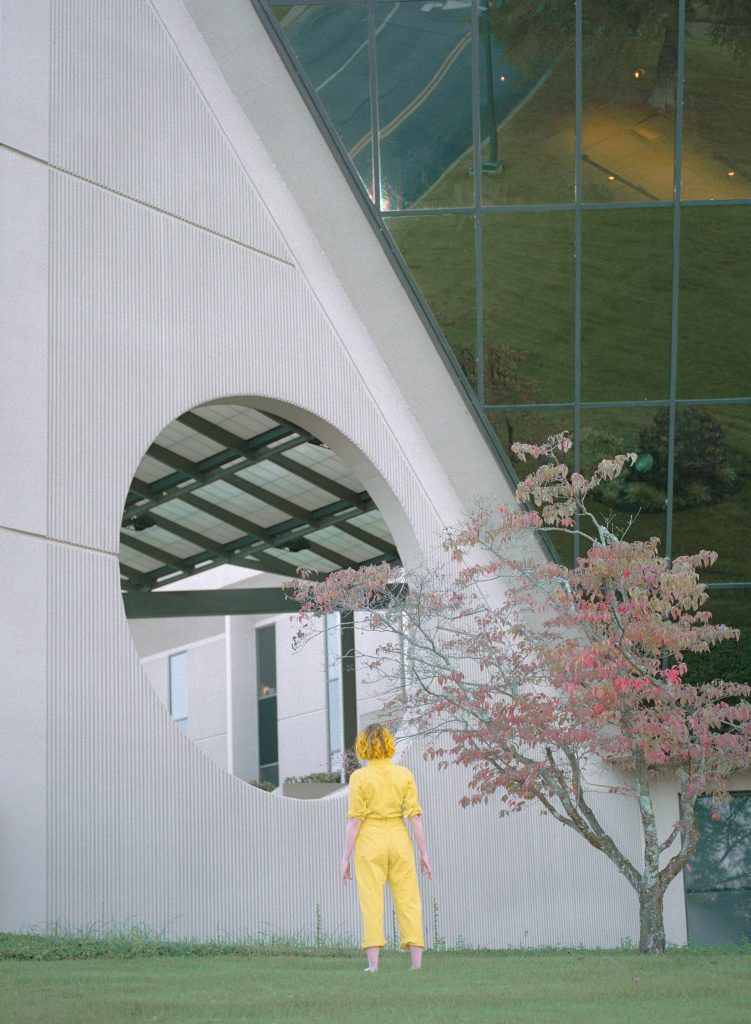 Her experience is sure to come through on Bad Ideas. Following a simple mantra while writing—“don’t bullshit songs”—she cautions that most of the new tracks are “devastatingly sad.” But judging from the two tracks out now, that emotional space is only separated from optimism in Violet’s mind by a razor’s edge. All but one was written completely alone, often sitting on the same bed where she filmed so many vlogs, and naturally, the song “Bad Ideas” set the project’s tone. She and producer Seth Earnest had been writing and recording for about a month, Violet says, but nothing was working. Then she went on a date—one of the first post-breakup—and everything changed.

“There was a guy who I felt like I had chemistry with . . . and I was like, ‘I’m gonna invite him to spend the night tonight,’” Violet explains. “I was like, ‘That is a bad idea—but I’m gonna do it anyway.’”

Violet tells me her sound is inspired by the place where pop and alternative music meet. And on “Bad Ideas,” that means a mix of featherlight beats and theatrical, playground gang vocals pushed up against the innocence of Violet’s voice, with carefree romantic energy propelling the whole thing forward and clever lyrics keeping it interesting.

“Let me say, [inviting my date to spend the night] was only a bad idea because I knew I was gonna get kind of obsessed with this person, as I often do,” she goes on. “But he did, and the next day I was on such a high that I was like, ‘I’m gonna write a song to flirt with this guy.’”

Written in the same cheeky tone that peppers Violet’s YouTube channel, the track opens with the couplet “I hope you don’t think I’m rude / But I want to make out with you / I’m a little awkward, sure / But I can touch my face to yours.”

“As I was writing it, I was like, ‘This is so sweet and romantic,’” she says. “But then it slowly dawned on me, ‘Wait a second, is this sad? I don’t know if this guy is thinking about me at all, and I’m writing a song about him right now. I’m way too invested.’ I was like, ‘Oh my gosh, this is what this album is!’ It was the first song I wrote that was just so honest from front to back. I [knew], ‘Ok, this is what this album needs to be.’” 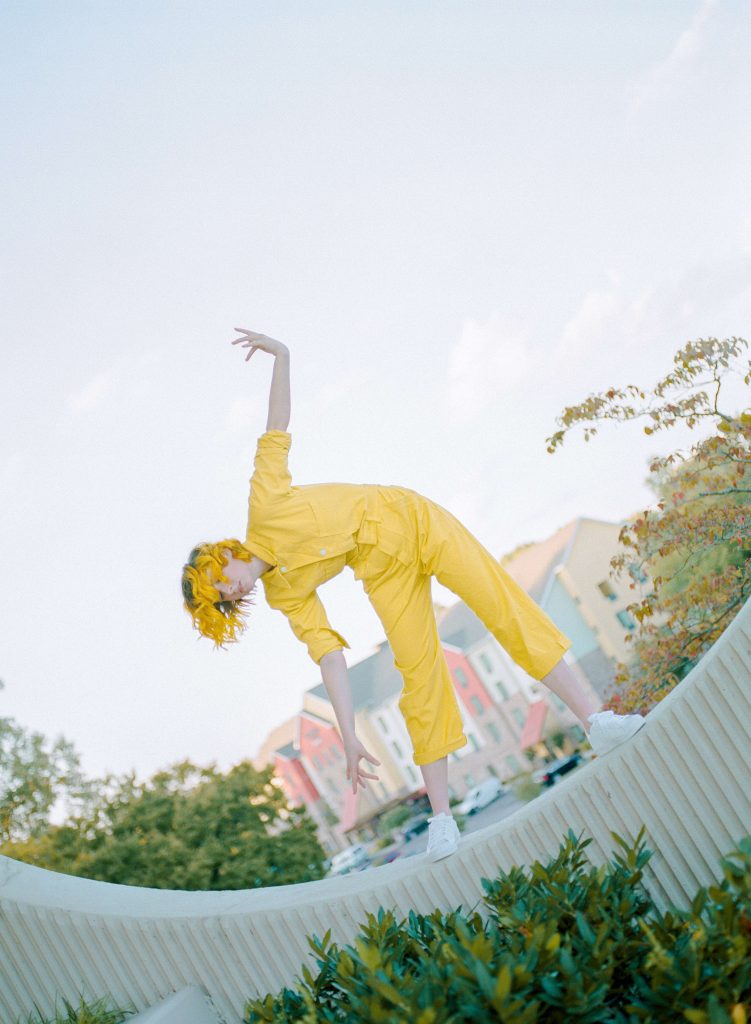 Meanwhile, “Crush” explores the more primal side of Violet’s romantic desire, throbbing and pulsating in a way that mimics the heady blush of a just-discovered infatuation. It represents her first and only cowrite so far, stitched together after months without a chorus by Solomon and Lauren Olds, the alt-pop duo who go by the moniker YACHTMONEY.

“When you write what’s true, it comes really easy,” she points out. “Those verses came quick, because I normally write from like 10 a.m. to 3 p.m., but that day it was probably noon and I had just been scrolling through my phone looking at this guy’s Instagram for like two hours. I tossed my phone down and said out loud, ‘Ugh! I can’t focus on what needs to get done!’ And I was like, ‘That’s a pretty good place to start.’”

Led by a chipper piano motif, Violet writhes and roils in the recurring theme that she would make a great crush for someone . . . if only someone were interested. It’s an interesting stance to take since she’s already proved people will follow her, but the music biz is a different animal than YouTube.

Explaining that online success actually works against an artist when it comes to getting mainstream industry support (she thinks the big players took chances on early YouTube stars that didn’t work out, which left a bitter taste in labels’ mouths), she says Bad Ideas won’t follow the traditional “rules” of a pop album release. Violet plans to put it out one song at a time in three EP bursts—Act 1, Act 2, and Act 3—only then putting the whole thing together with a prelude and interlude to make a complete piece of work. 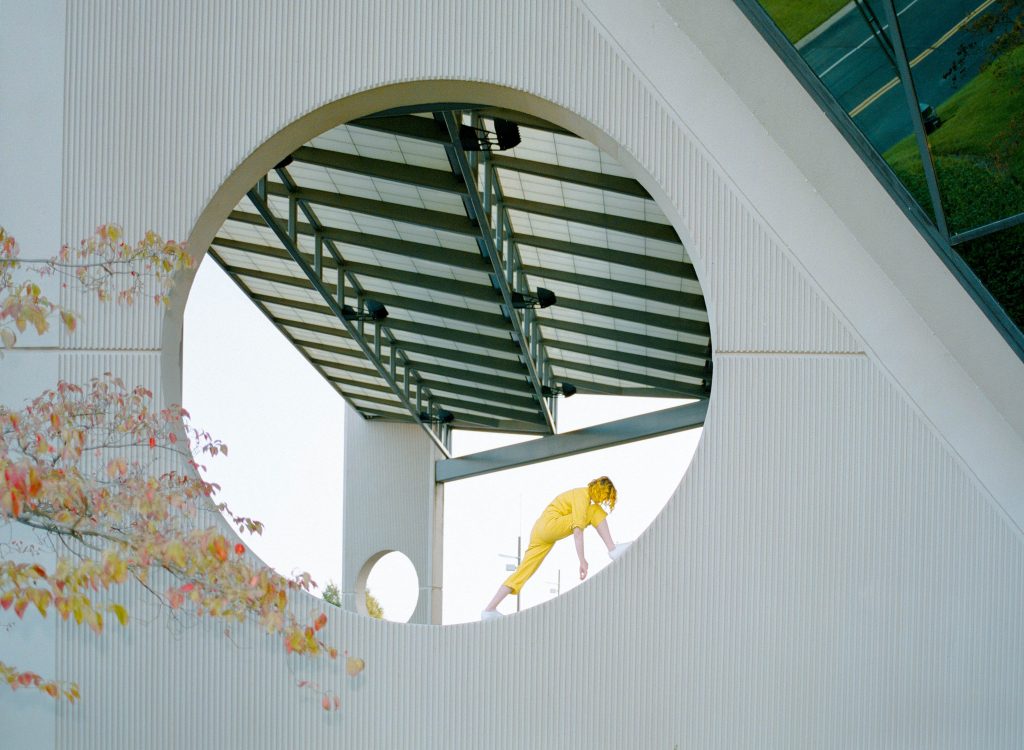 The whole project has been financed through Patreon—a paid-content digital platform that allows fans to support indie artists directly in a tier-based system—and when new songs roll out, they’ll be available everywhere digital music is found. But fans probably won’t be hearing this stuff on the radio. That’s okay, Violet says, since it’s not really her goal. Instead, what she’s really aiming for is to play some “huge shows” and remain the same person her YouTube vlogging empire introduced. She still craves the cathartic connection she found online, but since she’s pretty much over being on camera, she’ll have to find it elsewhere.

“I’ve shared a lot in my life and maybe I feel a little more private now,” she says. “Or maybe I just don’t feel as comfortable in that medium at this place in my life—but I may again. This sounds lame, but I write songs that make me feel understood, and it’d be great if the thing that made me feel better also makes other people feel better.”

“Bad Ideas” is available now. Violet will continue to release songs from her second album through 2019.