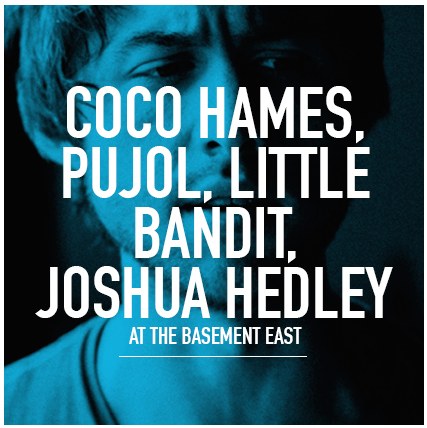 Nashville’s own Coco Hames is gearing up for the release of her self-titled debut album through Merge Records. If her name rings a bell, you may have seen her perform with her band The Ettes, or on our October 2013 cover with her fellow founders of Fond Object— a record store, venue, and clothing store on the East side. About a year ago, she began working on her first solo album at The Bomb Shelter here in Nashville, and we will get to see her finally perform her newest collection of songs on Tuesday, June 13th at The Basement East.

Coco’s set with follow a poetry reading by past feature Daniel Pujol, and sets by Little Bandit and Joshua Hedley. A portion of the show’s proceeds will be donated to local charity Tennessee Hollow. Find tickets here.