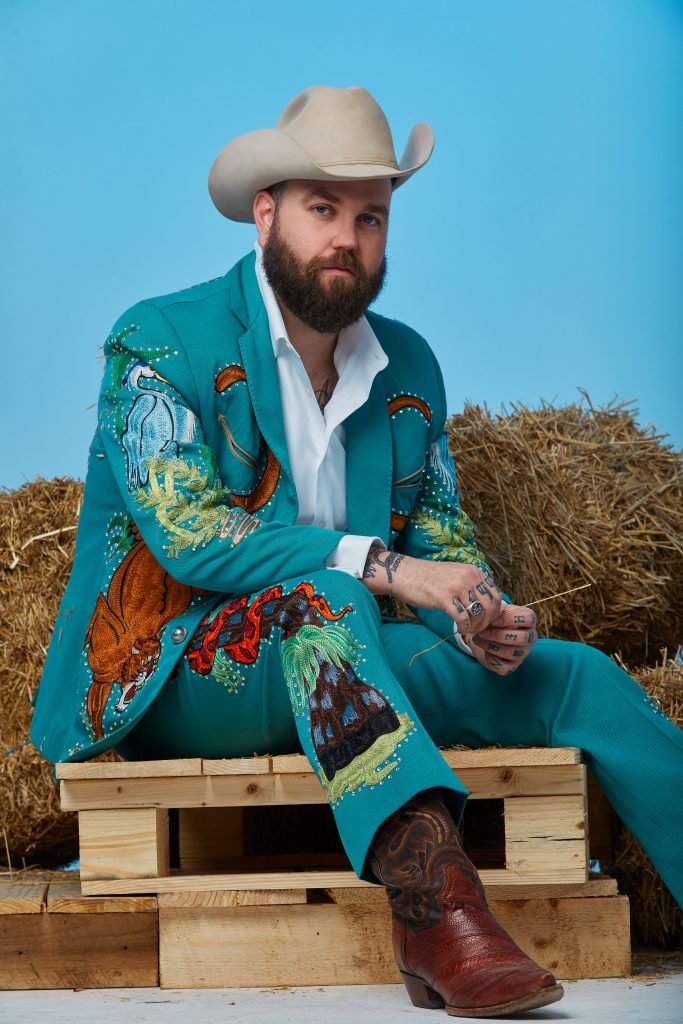 “I’m not gonna sit here and say, ‘I’m country and Luke Bryan isn’t,’” says twangy traditionalist Joshua Hedley, dressed to the nines in the sharp 1960s style of his heroes: grey-on-black suit, horn-rimmed glasses, and a crisp, black fedora cocked to one side. “Because what are the people who are buying Luke Bryan’s records if they’re not country people?”

On April 20 Hedley will release Mr. Jukebox, his country-to-the-core debut album on Third Man Records. But even though it highlights just how much the genre has changed since it was referred to as country and western music—yesterday’s string sections and choral singers have been traded for bass drops and funky guitars—he’s not interested in posing as a culture warrior. He just likes what he likes.

“There’s good shit in everything, and country music changes every ten years,” he goes on. “There’s differences in all the decades of country music, and there’s good and bad in all of it, so I choose to focus just on the good . . . That said, I’ll listen to Luke Bryan if Metro Boomin starts making beats for him.”

A thirty-three-year-old Florida native, Hedley has been repping classic country since he arrived in Nashville in 2004 with a fiddle case and not much else, quickly establishing himself as a versatile sideman to proud outsiders like Jonny Fritz and Justin Townes Earle. He’s perhaps best known in Music City as the Monday-night bandleader at Robert’s Western World, turning the clock back for boozing Broadway tourists with four hours of late-night cover tunes each week.

With Mr. Jukebox, Hedley takes the Robert’s honky-tonk vibe and gives it some much deserved modern attention. In doing so, he joins labelmate Margo Price in the growing vanguard of country’s openly purist faction. But interestingly, he never set out to become a solo artist. 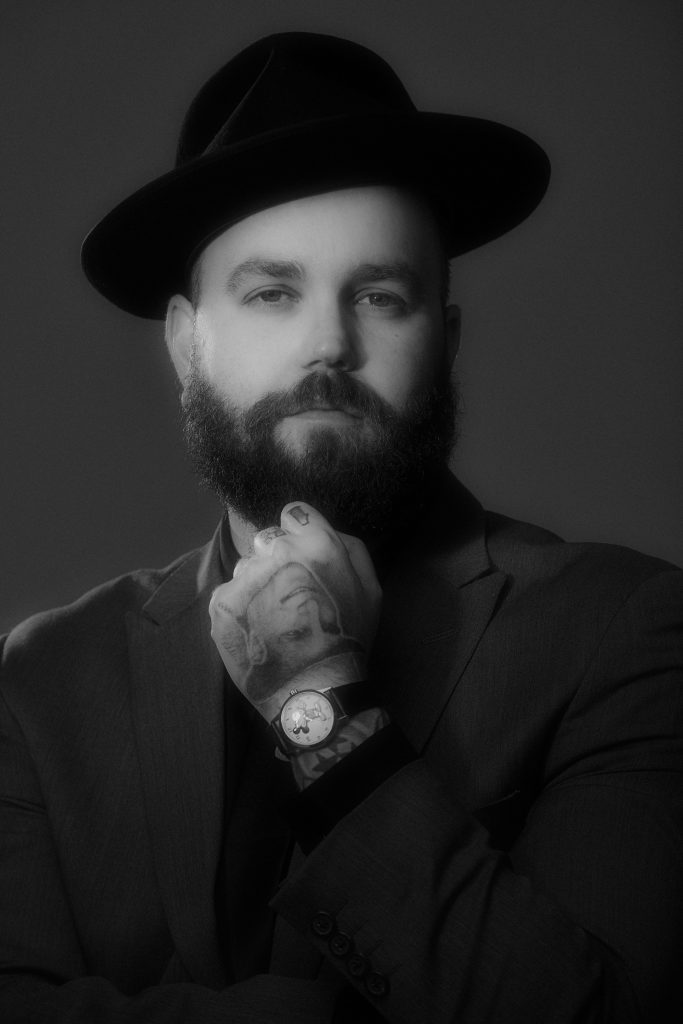 “I sort of had this plan of how my life was gonna go, which was to just tour with Jonny and then play at Robert’s when I was in town,” he says, settling in and looking oddly at home behind a trendy, industrial-themed coworking space’s conference table. He folds his tattoo-covered hands, one of which features a portrait of Hank Williams, his hat partially hidden under a Mickey Mouse wristwatch.

“I had a comfortable life as a sideman, and there was little-to-no responsibility involved,” he goes on. “It was just jump in the van when it’s time to go, collect money at the end of the tour, then play 10 to 2 a.m. at Robert’s and go home. Plus, I was drinking a lot and participating in other not-so-good activities that kept me from wanting to pursue anything further. I was just coasting.”

His stage presence was always obvious, though . . . and so was the air of authenticity in his bright baritone vocals. Fritz often let Hedley sing a few originals on the road, and after he sobered up and let a torrent of pent-up songs pour out, people started “bugging” Hedley to make a record of his own. “I didn’t really want to,” he admits. “I kind of just did it on a whim one day. I figured I should maybe try.”

Hedley recorded one independent EP which never came out (legally) in the States, so Mr. Jukebox represents his first “try”—and you know what they say about beginner’s luck. Featuring ten two-stepping gems, it’s not really a “throwback” record. Instead, it brings country’s 1960s golden era into the here and now. Produced by Skylar Wilson and Jordan Lehning, Mr. Jukebox even features one of the original Nashville A-Team studio legends, Charlie McCoy.

Hedley comes by his love of Nashville country legends earnestly. He first discovered country after his parents gave him a fiddle on his eighth birthday (he initially asked for one at three). He took classical lessons but was soon drawn to the sounds of western swing greats like Bob Wills, then started sawing out tunes with a group at his local VFW. 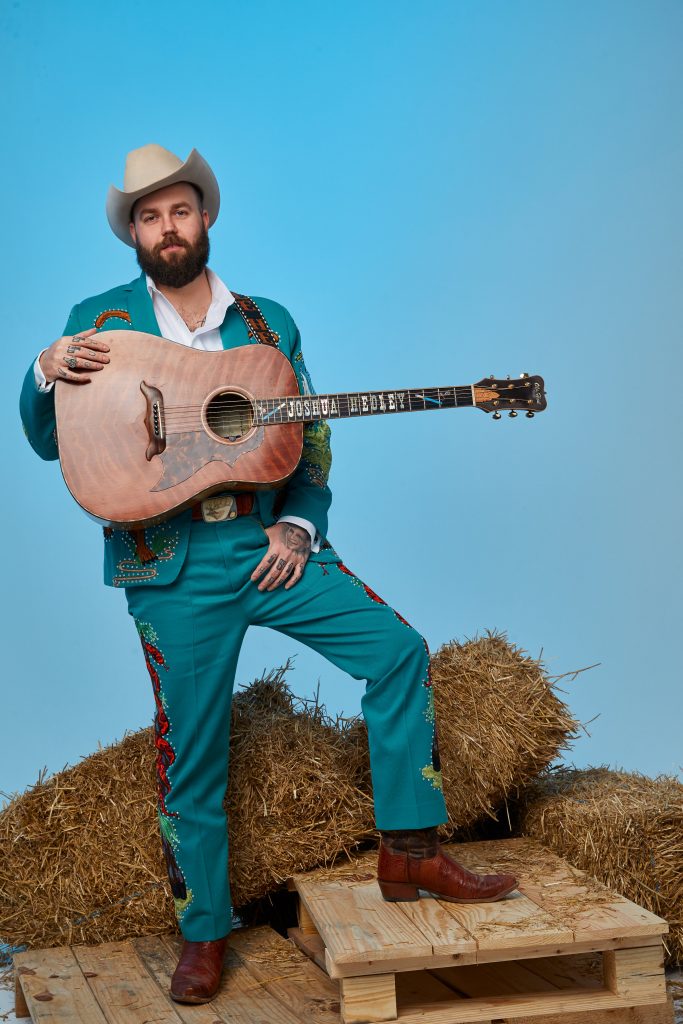 “I was ten and everyone else was fifty,” he says with a laugh. “They were playing Merle Haggard, Waylon Jennings, Ray Price, that kind of stuff. That’s what they were into, and when you’re that young you just soak everything in. I just really connected with it on a base level.”

Now with other retro-inspired artists like Jon Pardi scoring number-one hits and Chris Stapleton selling more records than anyone in the genre, it seems like a rootsy revival is in full swing. “I feel like people have started to call bullshit on what’s coming out,” Hedley says, adding that he’d be happy to be considered part of the movement, should it exist.

But Hedley himself is evidence that it’s already happening. When his lawyer sent that original EP to a handful of Nashville record labels, every single one of them came back with a yes. To put it mildly, Hedley did not expect this to happen. He didn’t expect any interest at all, let alone to have his pick of the litter, and he ended up going with Third Man because they promised not to interfere with his vision.

“There is a revival in roots sounds, but it seems to only go back as far as that Waylon and Willie, Outlaw-movement stuff,” he explains. “Which is great, heavy drums and live, acoustic stuff. But nobody was doing anything older than that . . . When I was writing, I was listening to a lot of ’60s countrypolitan, and I thought, Maybe I should call up a string section and some harmony vocalists and see what happens.”

With its lagging rhythm, uneasy piano, and simple “Hello honey” opening line, the project’s first track, “Counting All My Tears,” sets the album’s tone, recalling Conway Twitty’s “Hello Darlin’” with all the ooohs and ahhhhs intact.

Up next is the quick-step beat and slippery steel guitar of the title track, Hedley’s first single. It’s a song in the neon-coursing vein of Robert’s Western World, which makes sense: Hedley was given the “Mr. Jukebox” nickname by his Broadway guitar player, Kevin Key. No matter what tourists requested, Hedley seemed to know it.

The waltzing manifesto “Weird Thought Thinker” tips a hat to Jennings’ “Willy the Wandering Gypsy and Me.” “Let’s Take a Vacation” feels as sophisticated as any Eddy Arnold ballad. And the album’s only cover, “When You Wish Upon a Star,” is a hand-over-heart Nashville-sound salute to Hedley’s late father.

But Hedley’s new single, “I Never Shed a Tear for You,” is perhaps even more country than the rest. Written about a friend going through a divorce, the song’s structure is actually a variation on a waltz called a 3/4 shuffle—rarely done but made famous by Ray Price’s 1963 classic, “The Twenty-Fourth Hour.”

“I came out of the gate with ‘Mr Jukebox,’ which is pretty unabashedly country,” Hedley says. “It did well, so I wanted to see if I could push the envelope even further. It was like, ‘Okay, you like that. How about this country-ass shit?’” 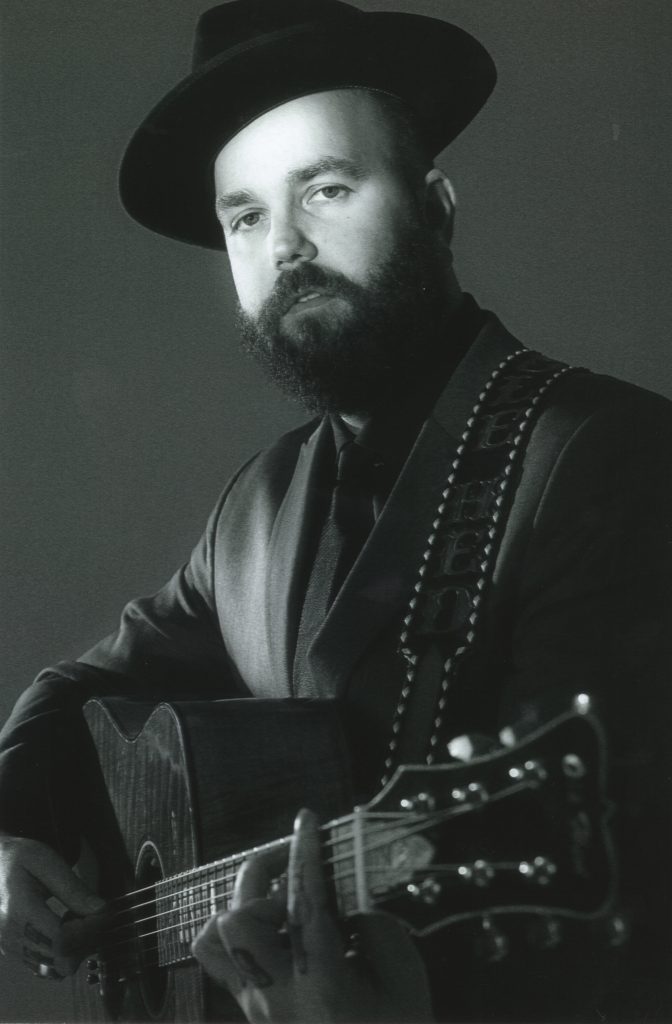 Charlie McCoy—the seventy-six-year-old Country Music Hall of Famer famous for playing on classics by Patsy Cline, Johnny Cash, Brenda Lee, Elvis Presley, and more—plays vibraphone on “I Never Shed a Tear for You” (he also plays bass harmonica on “If These Walls Could Talk,” plus standard harp and vibes on the rest of the album), and was surprised to hear the obscure rhythm.

Hedley says working with heroes like McCoy is a dream come true—especially on a modern project with well-funded support. Actually, the singer-songwriter says he’d love to cut a 45 with the remaining A-Teamers one day, saying, “If I could get Harold Bradley on tic-tac [baritone guitar] and Bob Moore on bass, standing next to each other in the studio, I would quit. I would have reached the pinnacle.” But for now, there are other mountains to climb.

On April 20 (the same day Mr. Jukebox is released), Hedley will make his Grand Ole Opry debut, standing in the same center stage circle as the legends who inspired him as an eight-year-old Floridian fiddle player. The station that broadcasts the Opry, 650 AM WSM, surprised Hedley with the invitation while he was on air. He was completely blown away by the honor.

“I had said earlier in the interview that I needed three things to happen with this record for it to be a success,” he explains. “Which was to hear it on 650 AM, play it on the Opry, and sell it in Cracker Barrel, totally not knowing I was about to get blindsided.”

That leaves just one delicious goal left. But no matter what happens, Hedley will still be on Broadway every Monday night he’s in town, playing for tips and loving every twangy, rhinestoned moment. His stubborn love of crowded dance floors and shuffling rhythms is what brought him here in the first place, and that’s not going to change.

“Robert’s is like crawling back in the womb or something,” he says fondly. “It’s my security blanket. I never have to worry about ‘Are people going to like this?’ I want to do it as long as I can.”

Mr. Jukebox is available April 20. Catch Hedley at the Grand Ole Opry on April 20 and The Basement East on April 24.