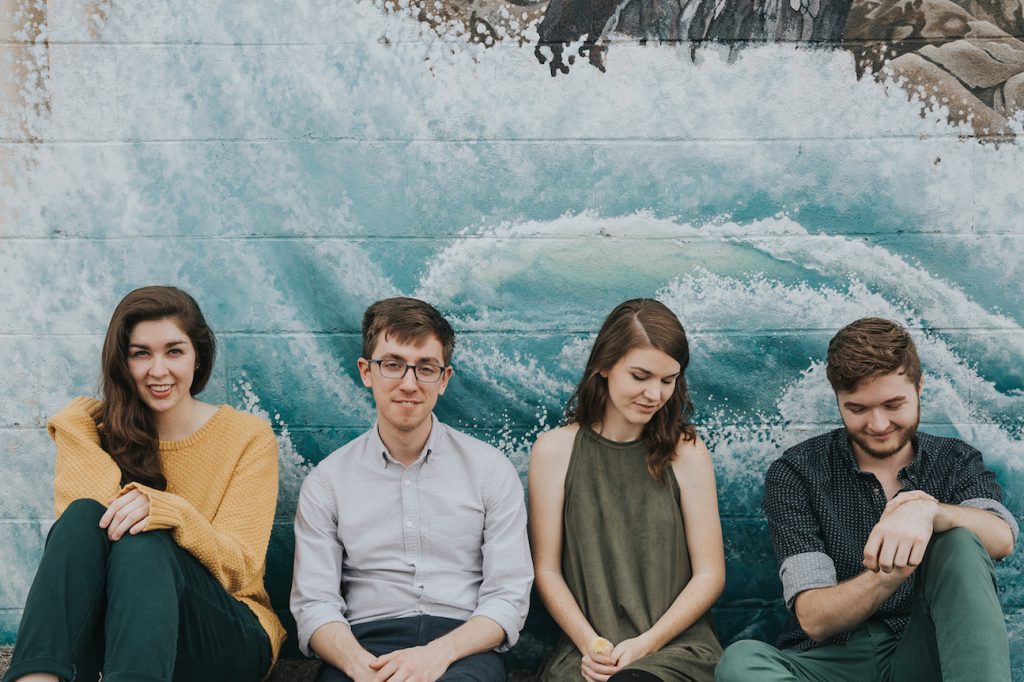 “It’s making light of a very dark place through a mixture of self-aware humor and complete earnestness,” Drew Miller, the band’s chief songwriter and guitarist, explains. On first listen, one might confuse the upbeat strumming and fluid violin riffs as lighthearted and whimsical. However, once Janie Townsend—lead vocalist and writer of the song—sings lines like,“I am rusty, you are golden,” “You can’t help me so don’t even try,” and “Don’t get too close,” you start to understand the morose undertones of “Common Sense.”

People, People: Act I is the first of three different EP installments that The Orchardist will release throughout 2017. They’re also keeping busy with shows throughout the year, including an already-sold-out stop at The Well in Brentwood, featuring Ellie Holcomb and Andrew Peterson on March 21.

And here’s Townsend’s illustrated depiction of the new single. Listen below!