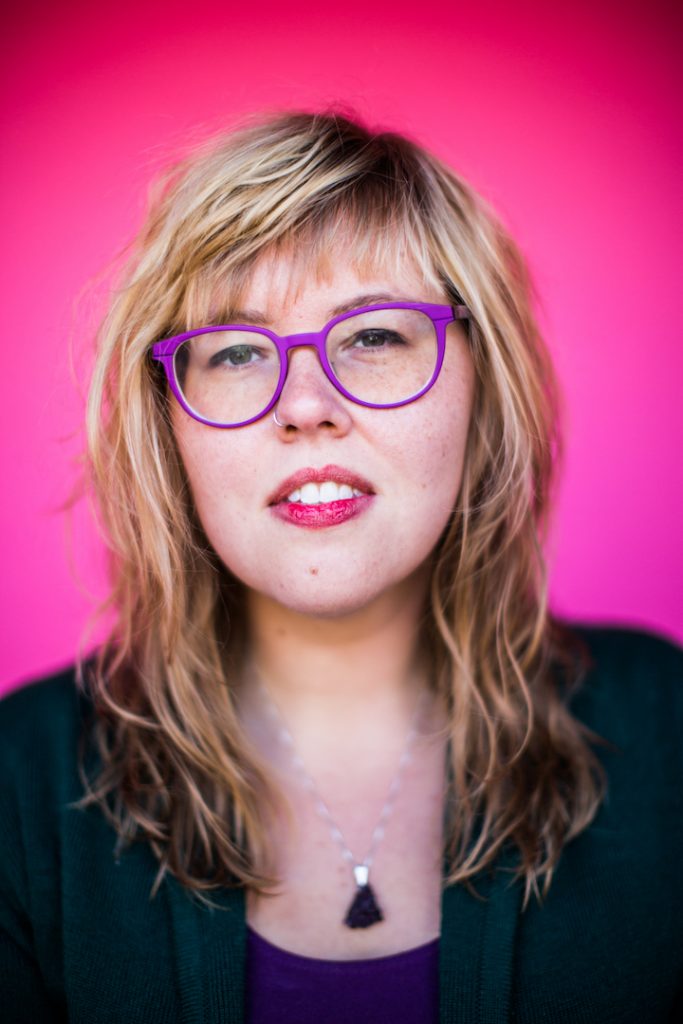 IF MOVIES LIKE AMERICAN PIE and Wet Hot American Summer prove anything other than America’s love of raunchy comedy, it’s the impact that camp can have on our youth. Whether it’s a day camp that sends kids home in the evenings with mud pots and lanyards, or some pilgrimage to an isolated land with no cell service, most young American lives have been touched in some way by the unbridled self-discovery of camp. I personally can look back on one terrified summer spent at orchestra camp pretending I could sight-read music, and another at a Christian camp pretending I believed in Jesus, both surprisingly formative times. But one Nashville organization is conjuring up a whole different idea for what camp can foster in our youth, an experience rooted not in nature and sport—but in activism and art.

Sarah Bandy is the executive director of the local organization Youth Empowerment through Arts and Humanities, Inc. (or more commonly known as YEAH!). Through that position she operates as the enthusiastic organizer behind the Nashville chapter of Southern Girls Rock Camp (SGRC)—the second of its kind, belonging to a group of now more than forty camps in the Girls Rock Camp Alliance started out of Portland, Oregon. The day camp, founded by Kelly Anderson in 2003, has now seen more than one thousand female, gender-nonconforming, and trans youth (and adults, as part of Ladies Rock Camp events) enter as wall flowers and leave skipping into a field of possibility.

Armed with a vast knowledge of community organizing, Bandy is unexpectedly bubbly when she could play the too-cool-for-school card that so many Nashville tastemakers lean toward. But maybe when you run a school that teaches kids leadership, activism, and rock ‘n’ roll, you don’t have to be too cool for anything—because that’s about as cool as it gets. Or maybe it’s just the opposite. In Bandy’s words, the camp “aims to destroy the cool,” insofar as it dismantles the idea that you have to be an expert before you pick up an instrument. She asserts that stigma is tied up in the way that it’s difficult for youth to take up space and claim it for their own, as well as in the way that musicianship has a cult of personality around it that makes it feel unapproachable for those that are just beginning to explore making sounds of their own. Perhaps that’s why SGRC has been teaching “little shredders” for fifteen years how to not just play music, but how to feel comfortable in their own skin and empower themselves and others. 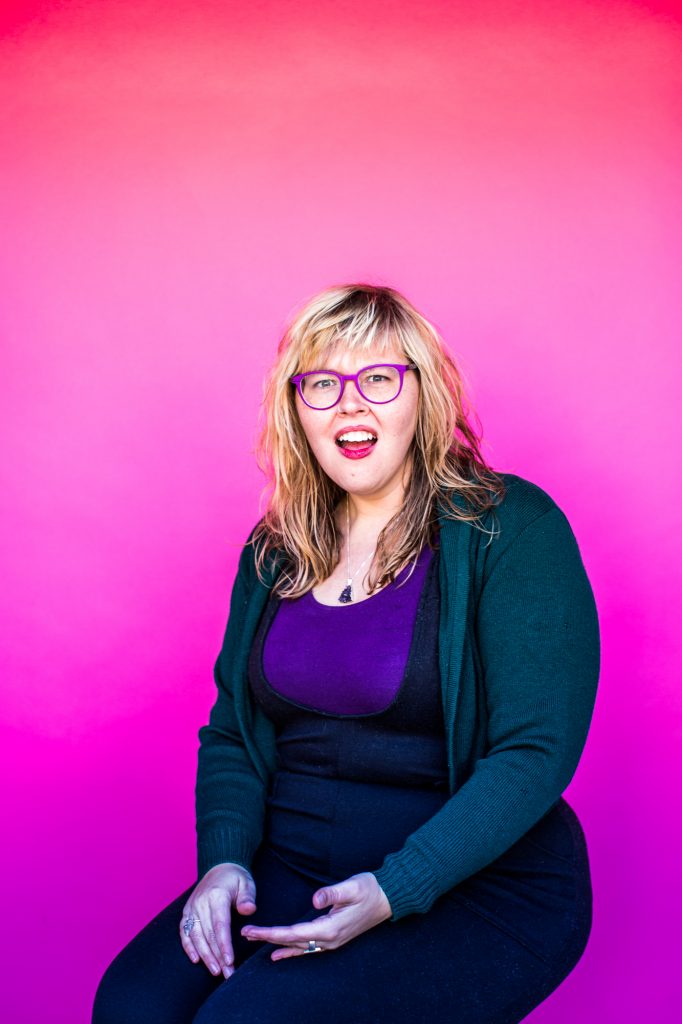 Part of what makes Bandy such an apt and able organizer on behalf of the organization and the camp is that she knows the experience of nervously starting o at SGRC as a novice. She says of her first experience with the camp eight summers ago, “I was convinced that making music was for the experts, for the rock stars, but definitely not for me. I visited a friend in Murfreesboro and she convinced me to help her teach drums at SGRC, although I had never picked up sticks in my life. The first day of camp, I didn’t know anyone and felt a lot like the ten-year-olds that I was supposed to be leading—nervous and unprepared, but longing to feel a part of the palpable positivity and energy flooding the hallways. I peeked into a tiny window and saw a classroom of girls, all sizes and shapes and skin colors and gender expressions, all learning the chord progression to ‘I Wanna Be Your Dog’ by Iggy Pop with wide bright eyes, and I finally felt like I had found an entry point to the intersection of the things that I’ve always been passionate about: community building, empowering youth to take up space, and rock ‘n’ roll.”

Bandy’s resume reads like something a nonprofit headhunter could only dream of. After that experience, she went on to volunteer with the Bay Area Girls Rock Camp in Oakland, California—a city known for being at the forefront of community organizing and social justice. She also spent time working with Girls Rock Austin before heading to Charleston, South Carolina, to assist them in starting a program. In each city Sarah helped to create programs that speak to specific community needs and continue to churn out feminist and anti-racist youth leaders by blending music education, political education, and DIY media making.

Bandy is also a musician these days—something that happened to her just as unexpectedly as it’s happened to many SGRC alumni. Her experience with making music started, like many southern musical narratives do, in church with her parents, but she “didn’t think [musician] was a name that fit.” Now that has all changed, with Sarah playing ukulele and singing in the band Hula Hi-Fi, which she describes as “’50s dark Hawaiian.” But SGRC is much more to her than a conduit for her own music— it’s allowed Bandy to enjoy the same musical renaissance her campers experience.

Despite the fact that Bandy is quick to sing the praises of the feminist men who volunteer at rock camp and who support local female talent, she also understands, as any female-identifying activist would, that the situation is layered. Although she tells a story of how this past year at camp, a male volunteer spoke about how important it is for men to support women in thought and action, she also isn’t hesitant to point out that there is still a huge problem— that young girls still aren’t encouraged to pick up guitars, and if you see a woman on the cover of Guitar World, “She’s probably in a bikini.”

"WE SAY ‘GIRL DRUMMER’ BECAUSE WE OPERATE IN A PATRIARCHY.”

This begs the question of SGRC’s place in the Nashville music scene as a whole, which like most things, is a boys’ club. Yes, there are many pioneering women making huge waves around town and beyond, just as there are many men who value and support women’s voices (like those who volunteer at SGRC). But to pretend we’ve reached an equitable utopia would be dangerously reductive.

There are still more men on most bills, more male headliners, more male band members, more male residencies, and a world of sexism still abounds in green rooms, record label boardrooms, and living rooms in general. Margo Price, one of Nashville’s most successful artists of 2016, put it simply in a recent social media post: “If people really want to support

‘women in music,’ they should stop making silly hashtags like #womeninmusic that classify us by our gender.” And you can bet if she’s feeling domineering male energy in her current career ascent, young girls just deciding to play music feel more intimidated than anyone, especially in the social media age when sexism is as simple as a tweet. Bandy echoes this sentiment, saying, “We say ‘girl drummer’ because we operate in a patriarchy.”

When prodded about this, Bandy has the air of any nonprofit director, especially one working with youth, as it’s hard to believe in radical change and the power of community organizing with a pessimistic attitude. But she is also quick with buzzwords like safe space, preferred pronoun, holding space, gender binary, cisgender, identifying, and intersectional feminism—not typical language of camp organizers, but of activists in today’s age of resistance—which makes it incredibly apparent that SGRC is in the hands of someone who sees it more than just a bow or a bandaid.

In Nashville it’s possible for kids to be interested in the camp only to have their conservative parents be horrified by their child learning about the gender spectrum. But Sarah isn’t afraid of these conversations, even though it’s obvious that the fun part is teaching the kids about these concepts rather than warming parents up to them. She is armed to do both, so it’s possible her ideal vision of a music scene for Nashville and beyond can exist—“Where DIY spaces are honored by protective legislation and funding. Where youth who have participated in the camp trust themselves and value the generations after them. Where young women remember that their reflection is only a fraction of who they are. Where Ladies Rock Camp participants walk into their offices every day standing up for their inner rockstar. And where government institutions prioritize the voices of marginalized people and funnel money into the arts and local organizations that work for equity.” That’s a pretty tall order. But with people like Sarah Bandy helping to shape the minds of little shredders everywhere, perhaps it’s a future we can believe in too.