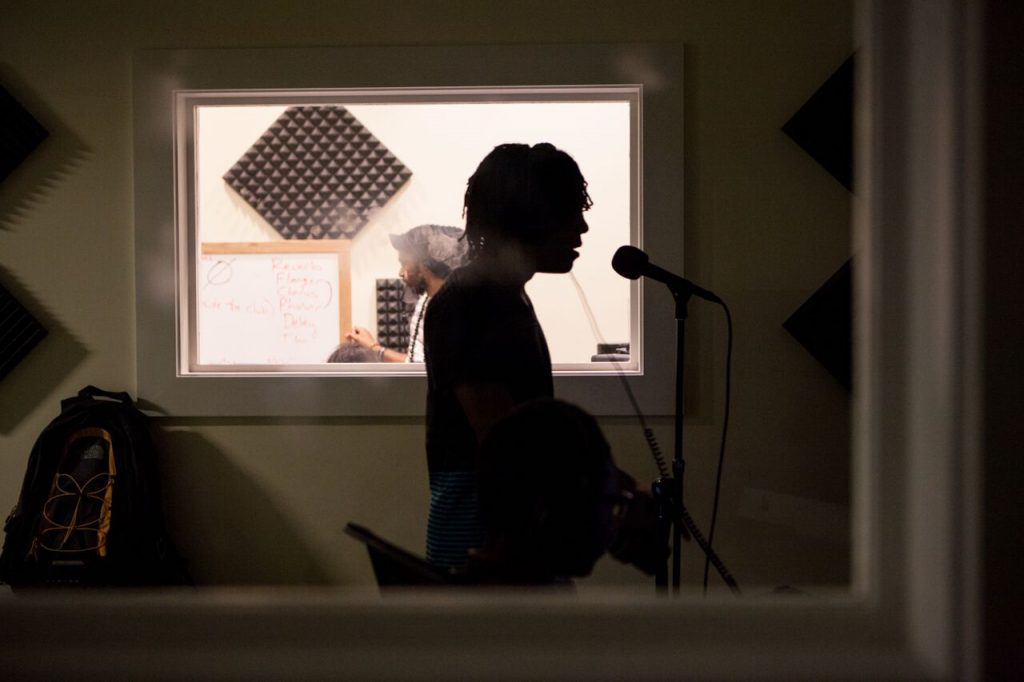 LIBRARIES HAVE CHANGED SINCE MY CHILDHOOD IN THE 1980s. It’s unlikely I’ll ever again hear the soft hiss of a microfiche viewer speeding through decades of newsprint. Card catalogs might still exist deep in the stacks, but who would want to use such a cumbersome system? I’m a proponent of the humble, tactile experience of a good book, a real book, made of paper and ink, held in one’s hands. Yet there’s something to be said for the convenience inherent in e-readers. Hundreds of books can fit in your pocket. Online library resources now feature downloadable electronic editions and audiobooks; their collections are indexed and available for instant search from anywhere. Just as the book has undergone a dramatic transformation through technological innovation, so has the library itself.

Until today, I don’t think I really understood what that meant in concrete, practical terms, both for the library and for its patrons. But here on the third floor of the main downtown branch of the Nashville Public Library, I’m getting an introduction to the awesome power of the library of the twenty-first century. I’ve come to Studio NPL.

Inside the studio space, a palm-sized gyrocopter crashes dramatically and skitters across the floor. Someone scrambles out from behind a central circular desk, laughing as he gives chase. This is Niq Tognoni, studio coordinator and my host for the afternoon. Studio NPL has just opened up for the day’s after-school programming, and already the space is humming with energy and creativity: a 3D printer’s injection needle buzzes across its production surface, teenagers are removing musical instruments from their cases, and a group of kids and adults alike are huddled around a massive jib, swinging the camera crane across the room and watching as the footage is presented on a wall-sized projection screen. There are cascades of laughter, loud exclamations of excitement, and passionate conversations coming from every corner. This . . . this is a library? 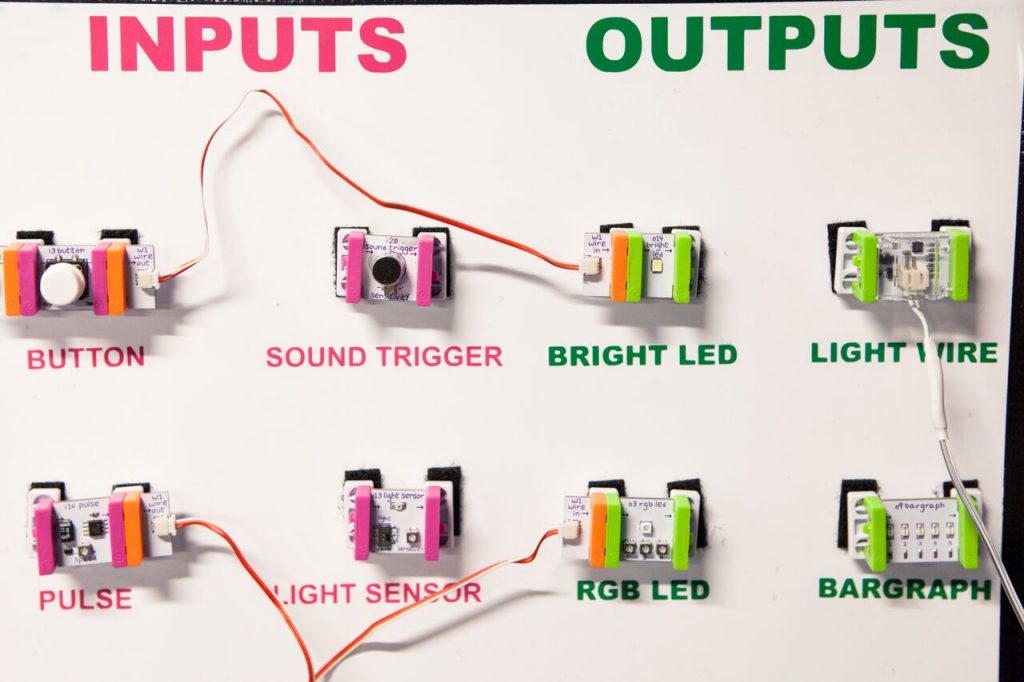 It’s a bit hectic for a conversation, so Niq and I sit down in his office instead. He’s a wiryman in his thirties, sporting a pierced ear that holds a turquoise stud, black-and-white plaid skater shoes, and socks decorated with orange and purple cassette tapes. When he tells me that he used to teach theater in Chicago, it makes total sense. Through some side work in graphic design, he found his way to a project called YOUmedia. Niq explains that YOUmedia “was basically part of this huge national grant the MacArthur Foundation and the Institute of Museum and Library Services put together to see what would happen if we loaded up the space in a community center, either a museum or a library . . . and filled it with cool equipment, with really good software and professionals, working professionals in different fields.” The project proved so successful that the learning labs quickly grew from a single library site to ten in Chicago and then began to spread across the country. Niq helped to oversee the expansion in Chicago, and when Nashville won a grant to develop their own network of labs, he moved to town to oversee the development of the program here.

“That was in January [2015],” Niq tells me. I’m amazed at how far they’ve come in a year. Every weekday afternoon, programs take place here at their central studio and at satellite labs in five other libraries across the city. They offer a remarkable range and breadth of classes and workshops: audio and video production, spoken word, photography, 3D printing, electrical engineering, coding, animation, and more. I’m not the only one to marvel at their fast progress. Niq’s been delighted to find support in Nashville. “There is such a respected library culture here,” he says. “Whereas in Chicago, we had to really fight to get people to our space and get people in the doors, here

. . . there are hundreds of kids in here every day. So it was pretty easy to essentially crack open our doors and just get an influx of students right off the bat, which is really cool.”

Beyond Nashville’s historical dedication to strong community spaces, there’s also the city’s “collaborative nature,” which, Niq admits, is “maybe not necessarily unique to Nashville, but it’s very heightened. So a lot of awe- some other organizations came knocking on our doors the first day we were open to see how they could help. Could they do some programming? Could they send kids our way? . . . Everyone’s like,

‘Oh, come in, doors are open, our kids are your kids, our teachers are your teachers, whatever you need.’ I haven’t contacted a single organization yet where they’re just like, ‘No, we can’t get on board with what you do.’ So that’s really cool and really useful.” 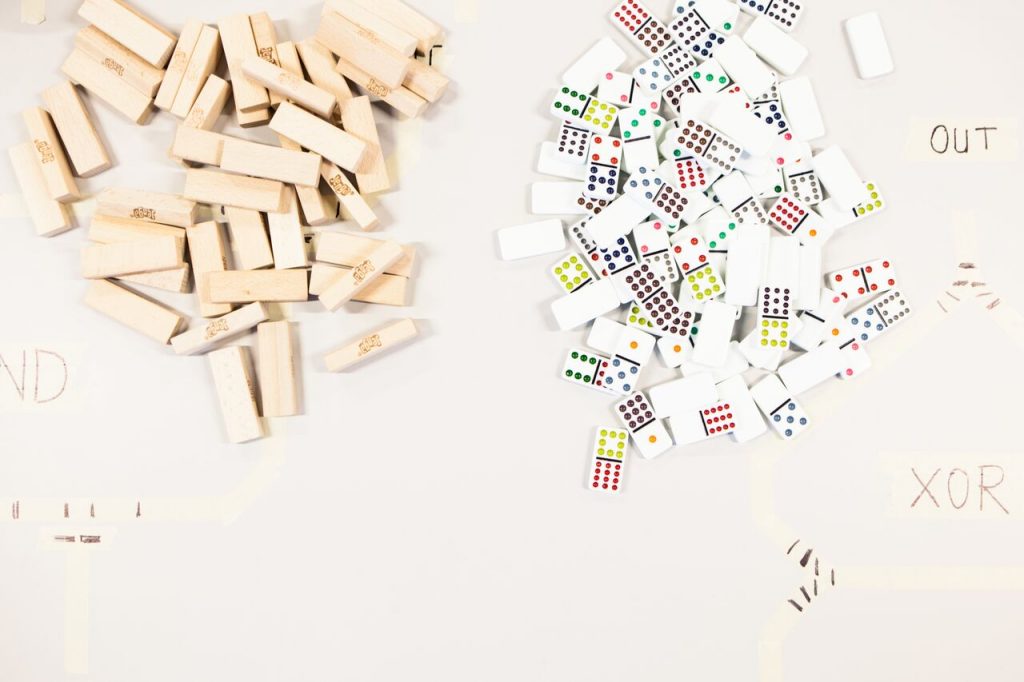 Beyond the growing list of partner organizations, Studio NPL depends heavily on its part- time instructors. Not surprisingly for Music City, they have a wealth of music professionals already on board, but Niq tells me that the studio is “always looking for more artists. Right now especially, we’re looking for engineers and makers and inventors.”

Niq shows me back into the main operating space for a tour. We walk past a row of laptops, perhaps half of which are occupied by teen users.

“Nashville is sort of notorious for having a very low [rate of] Internet access at home compared to other cities,” Niq explains, “which I found really fascinating. But I do know that with all these digital inclusion grants, especially what the library helps manage, that’s one of the big sales pitches—that we’re really far behind.” The laptops help bridge that gap.

We open the door of a music studio and find an instructor and three students discussing the science of sine waves and harmonic frequencies. The second studio, added because space was in such high demand, holds two teenagers deep into beats and rhymes, one holding a mic and the other wearing large padded studio headphones. They play us a sample: their tune is sophisticated, dense with texture and off-kilter rhythms.

With each successive station, it becomes clear that Niq not only cares deeply about the students but also about the depth and quality of their experience. The third and last studio we enter is used for video production and graphic design, and someone is working on a flyer. A kid opens the door, and Niq engages with him immediately. “Sup, Jared?” he offers. “Chris is working on a graphic design here today. You should shadow him! That’s not something you’ve done before!” We stand behind a trio of girls working at an ani- mation station, and Niq asks for a preview. Fuzzy woodland creatures wiggle across the screen and begin shouting at each other. Niq’s feedback: “I like that you just skipped the exposition and went right for the screaming. That’s awesome.”

Back in the middle of the classroom, a team isstill huddled around the jib. Niq lies down beneath the camera mounted at the end of the waving mechanical limb. Bands of LED lights begin flashing, controlled remotely via iPad. From the ground, Niq shouts, “Who’s gonna be a jib operator when they grow up?!”

The question speaks to the greater mission of Studio NPL. Teen partici- pants may seek to develop individual skills, but it all adds up to “immer- sion in the digital arts,” as Niq puts it. “We want to see this program show the young people of Nashville about this sort of creator spirit, the inven- tor spirit, the maker spirit that I think runs rampant in Nashville. But maybe some of the young people don’t realize that it’s out there, that they can be a part of it. So we really want to try and grow that next generation of inventor or creator.”

Studio NPL is changing the very definition of library, surrounding their students with cutting-edge technology to teach them how to learn. Adult mentors are trained to cultivate an environment that makes it easy to HOMAGO: Hang Out, Mess Around, Geek Out. It’s a simple philosophy that encourages a low-pressure, broad- spectrum approach to learning. Rather than starting their students with in- depth workshops, learning tools are left out in the open, always accessible for experimenting. Kids who express interest in particular subjects are then channeled toward resources for deeper exploration. Studio NPL aims to help the teenagers of Nashville find their passion by giving them access to technology that might otherwise be out of reach. Niq explains that the ul- timate goal is “to grow the next great citizen of this community, both locally and globally.”

The students of Studio NPL will leave as highly skilled individuals with advanced technological savvy and minds filled with unlimited potential. That’s good news for Nashville and the world beyond.