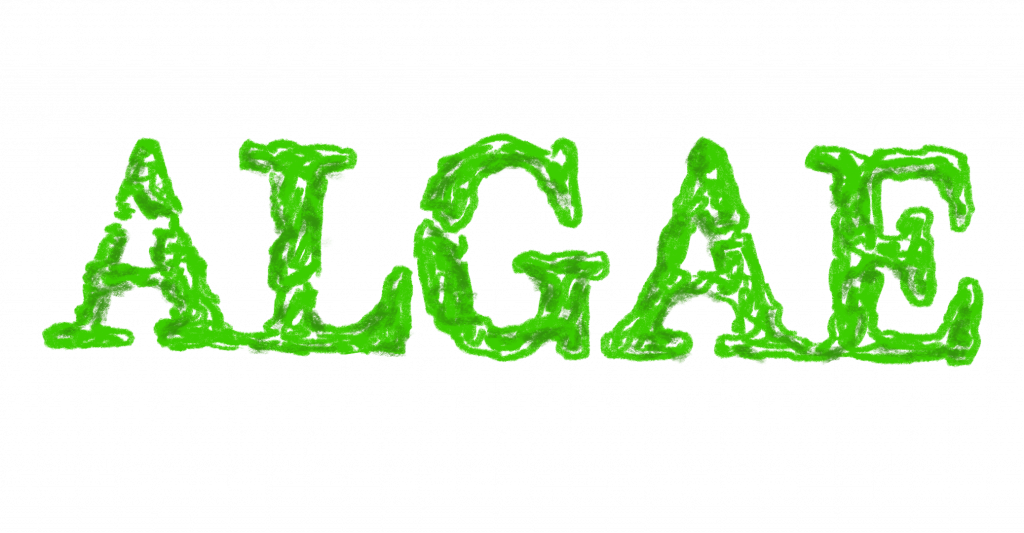 What do rock climbing, flea prevention, and chocolate milk have in common? When you read the title of this article, you probably thought more about a stagnant pond with a scummy green layer on its surface than Nestlé or Climb Nashville. Though algae is common in those sludgy ponds, it is far more diverse, prevalent, and useful than that. Algae can be found in freshwater, saltwater, and even on land all over the world; it has a number of commercial uses; it is a promising solution to a more sustainable future; and it forms the basis of many ecosystems.

What most people refer to as algae is a group of organisms that share some common features. For instance, many photosynthesize, produce oxygen, and live in aquatic environments. However, in other cases algae are in no way related. For example, blue-green algae is classified as bacteria. Green algae is classified the same as plants and animals. So you could say that green algae is more related to us humans than it is to blue-green algae. The point: algae refers to a group of organisms that are nearly as unrelated as you can get, but those organisms still share a number of common features that make it convenient to group them together under a single name.

Back to that first question: Rock climbers use chalk to improve their grip. Chalk, or calcium carbonate, was formed over millions of years when ancient marine algae called coccolithophores shed their scales, or coccoliths. Those coccoliths layered up over time to form chalk. One method of flea control is to spread diatomaceous earth where you might find the insects. Diatomaceous earth is made from the shells of an algae. The shells are made of jagged silica that gets in the joints of the insects and cuts them up and causes them to dry out. Lastly, in chocolate milk, a substance called carrageenan is extracted from red algae and used to keep the chocolate suspended in the milk.

And those are just a few of the applications algae has in our lives. Microscopic algae such as Spirulina and Dunaliella are used worldwide in food production. Such algae are high in proteins or vitamins, which makes them a popular ingredient in food supplements. Further, since algae can be raised in controlled environments and small areas, it has the potential to help with food production in developing countries.

But algae isn’t without its problems. This year, the “dead zone” in the Gulf of Mexico is expected to be around the size of Connecticut. A dead zone occurs when excess nutrient pollution (from agriculture, improperly treated sewer discharges, etc.) stimulates explosive algae growth. After the algae dies, the decomposition process sucks up oxygen to the point where aquatic animals can no longer survive. While the Gulf Coast dead zone is the most infamous example of the phenomenon, it can, and does, happen all over the place, including in our local lakes and rivers.

Since pollution does affect the algae in our freshwater environments, researchers and resource managers can use algae to assess the quality of our water. The underlying concept behind it is that different species of algae have varying levels of sensitivity to pollution. When a researcher samples the algae in a stream and identifies the species present, they can plug the data into a tool, called an Index of Biological Integrity, to determine the ecological health of the water (a similar methodology is employed using fish and aquatic macroinvertebrates). In fact, this is a method that water quality experts in Tennessee currently employ.

If you’re a person who imagines the green slime on ponds when you think of algae, I hope this has at least shown that the world of algae is much more vast than that. It’s a crucial part of our ecosystems with nearly endless uses (that nori wrapped around your sushi? It’s algae!). Plus, it’s helping us in the fight against hunger and the fight against pollution. Who can argue with that?