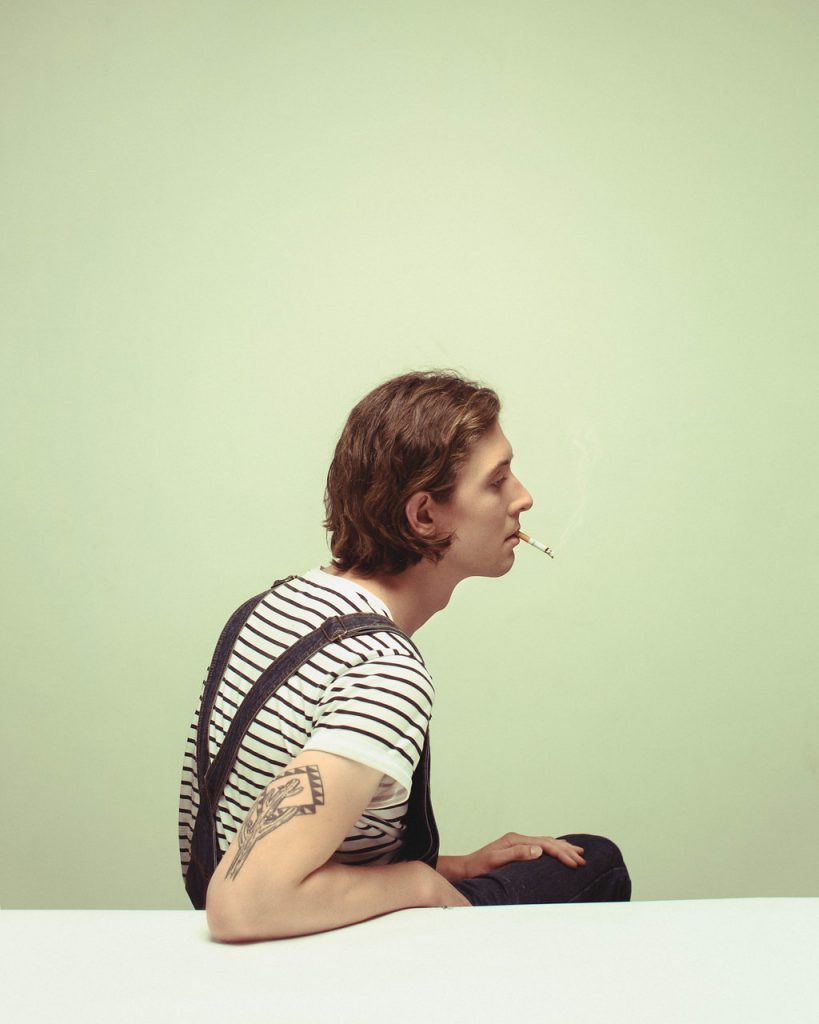 For his full-length debut, Careless Soul, Cale Tyson breaks up with classic country and moves on to a sound straight out of Muscle Shoals

In Nashville, it’s a familiar enough tale: Boy moves to town, falls in love with classic honky-tonk, and sets to work chasing a neon dream. But musical romance doesn’t always have a happy ending. Relationships aren’t easy, after all.

In the case of Cale Tyson, the love affair came on strong and heavy, lasted a few good years, and led to a string of acclaimed EPs. But for his debut full-length, Careless Soul, Tyson started shacking up with Muscle Shoals soul . . . and now there’s no going back.

“Here’s what made me kind of tired of it,” he says, sounding like an ex who, at this point, is just trying to keep things civil. “I don’t want to talk shit on country music, because I love country music with a passion. But I got tired of going out and seeing bands play the same songs that sounded the exact same as other people playing those songs, or even writing a song that was completely derivative of another song. And I did that. I’m as guilty as anyone.”

Just returned from a lengthy European tour, Tyson seems at ease as he sits in an East Nashville cafe. After a two-and-a-half-year wait (due to label complications), Careless Soul will finally come out July 14, and although longtime fans might lament his evolving sound, he’s satisfied in the knowledge that he’s moved forward creatively.

Careless Soul features twelve original tracks that sway rather than shuffle, colored by horns and strings and all recorded at the historic FAME Studios in Muscle Shoals, Alabama (host of classic sessions by Wilson Pickett, Aretha Franklin, and many more). It’s not 100 percent pure soul—there’s some New Orleans jazz in there, some melodic Delta rock, and even a few lingering remnants of good ol’ country music—but it’s enough of a change to set Tyson on a brand-new path.

“I just didn’t want to get pigeonholed as this honky-tonk outlaw dude, because I don’t feel like that’s who I am,” says the Fort Worth native. “For a while I thought so, but I’m in my twenties and I feel like every year of my twenties I’ve changed drastically.

“I went all the way down the hall of country music history and learned to emulate it,” he continues. “I love it, I truly do love it. But I think with this record I was able to draw on that and also throw in some other influences, and start to bridge the gap between that and a little more modern sound.”

Part of an old-school Texan family, Tyson arrived in Nashville to study entertainment law at Belmont University—he was encouraged to become either a lawyer or a doctor, and he figured Belmont’s Music Business program would let him respect those wishes while also playing music on the side. He wasn’t initially interested in straight-up country, but Nashville has a way of converting folks. 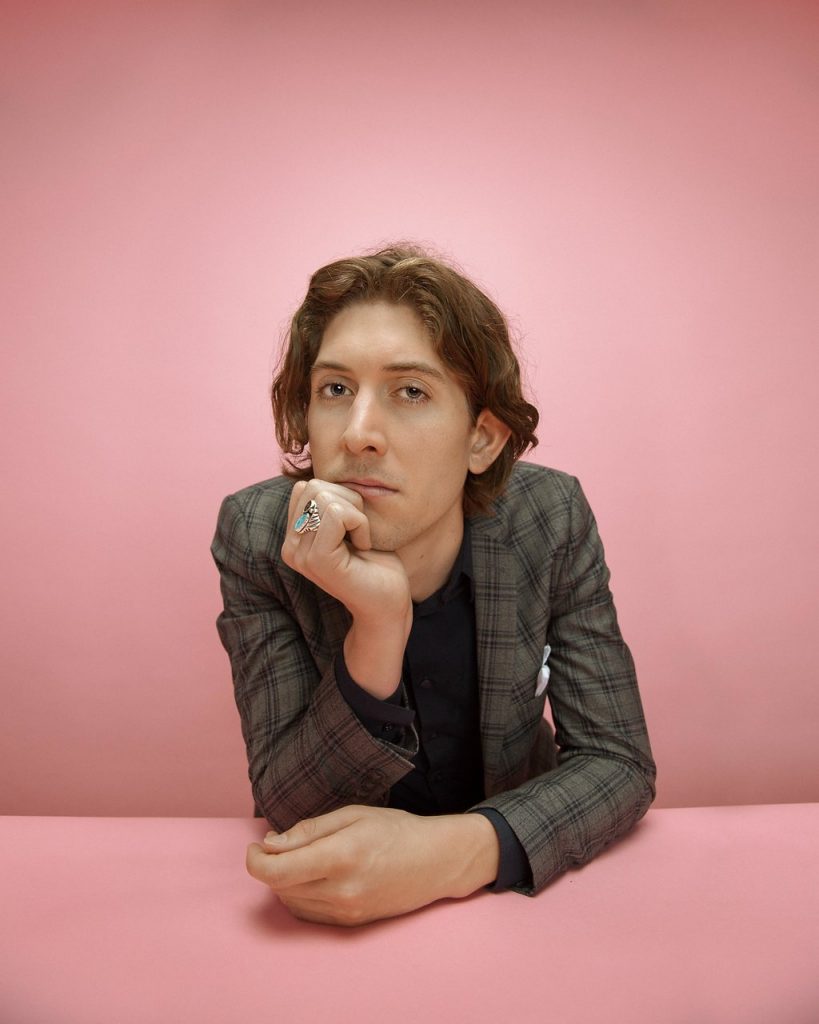 “Whenever I started writing music seriously, I was listening to bands like Vetiver, Bright Eyes, Bon Iver, and all that stuff was folky but not really country,” he explains. “Some of those records had pedal steel in them, but it took me moving here to be like, ‘Oh my gosh, I can embrace this sound.’ I never thought I would go full traditional country—like nail-on-the-head—you know?”

But he certainly did. With a trio of twangy EPs—Cale Tyson, High on Lonesome, and Cheater’s Wine—Tyson struck the nail square and true. Tall, slim, and blessed with the weary facial lines that let him wear a cowboy hat without irony, he looked like a modern-day Hank Williams. He sounded kind of similar too.

Songs like “Fool of the Year” and “Can’t Feel Love” placed him firmly in the revivalist scene with rising stars like Margo Price and Joshua Hedley. High on Lonesome and Cheater’s Wine were repackaged as the album Introducing Cale Tyson and became a surprise hit in the UK. Then Rolling Stone called him one of their “10 New Artists You Need to Know,” and soon Tyson was riding shotgun on what felt like a hipster-roots bandwagon.

“It’s funny to look at it now,” he says. “When I started playing country music, there really wasn’t a huge young scene. Of course Broadway was going with the Robert’s crowd and all that, but it wasn’t like it is now. I look at the American Legion Tuesday nights thing and see a crowd of people in their early twenties dressed up in Nudie suits and shit, and I’m like, ‘This was not cool whenever I started doing this.’ It wasn’t a hip thing.”

“I just didn’t want to get pigeonholed as this honky-tonk outlaw dude, because I don’t feel like that’s who I am."

Classic country suddenly becoming “hip” might be great for the Legion—which provides genuine tear-in-your-beer fun, deserving of its hype—but it partially drove Tyson into the arms of another. He began dissecting albums by country-soul maverick Jim Ford, discovered a compilation filled with ’70s-era strings and horns called Country Funk, and got turned on to the rural R&B of Dallas Frazier.

After talking with producer Michael Rinne, Tyson decided to write some soulful new songs of his own, rework a few older honky-tonkers, and book time in a studio where soul is the one and only focus of every recording. For the surprisingly low price of $300 a day, they headed down to FAME in Muscle Shoals with engineer Ray Kennedy, the Grammy winner behind Lucinda Williams’ Car Wheels on a Gravel Road.

The band was made up of young Nashville cats like Steelism’s Jeremy Fetzer on guitar and indie-roots chanteuse Caitlin Rose on backup vocals, plus legendary Swampers bassist David Hood and alt-country darlings The Watson Twins, creating a truly unique, honky-tonk–soul mix and a vacation-like atmosphere.

“It was so cool because it was a bunch of Nashville musicians who are big session players or play with bands around town,” he said. “If we would have done the record in Nashville, once they were done in the studio, those guys would have gone out and played a gig. This way we were all staying in the exact same place, and we didn’t have anything else to do but work on this record. So everyone got into that environment and just let it completely engulf them.” 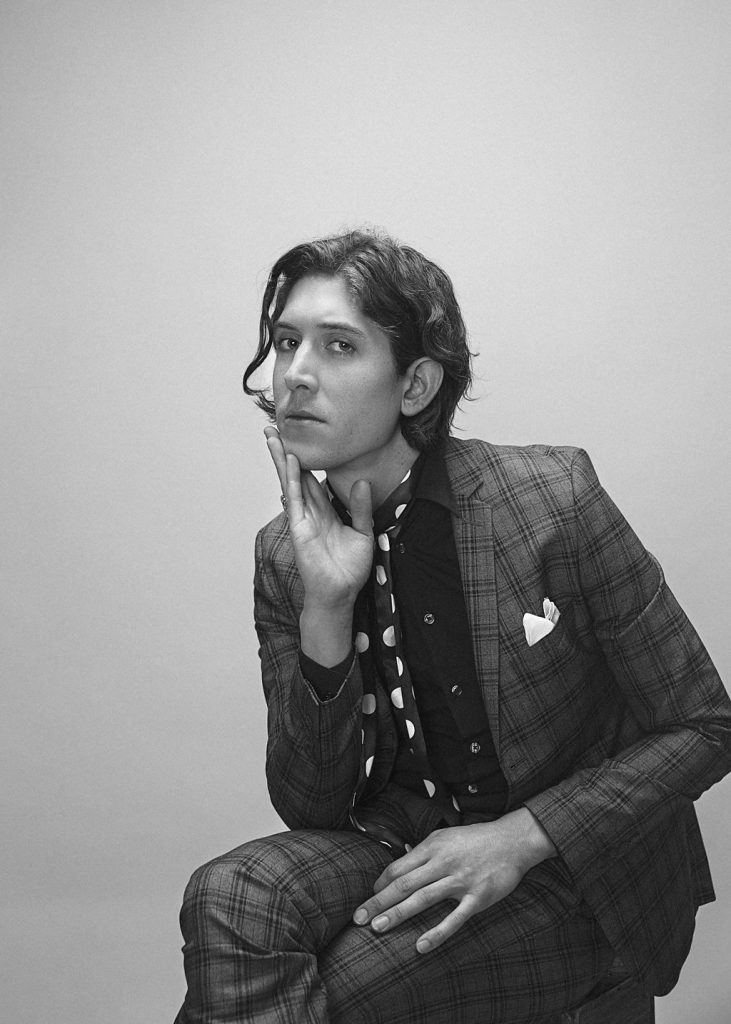 In an accidental parallel to Tyson’s shifting sound, he says many of the songs were inspired by his quest to find lasting love. “I think I’m the kind of guy who jumps into another relationship right after the previous one ends,” he admits.

The title track recalls early rock ‘n’ roll with the addition of a full string section. But with its wounded-heart storyline, the song reveals his country roots.

“I was dating someone who I could never truly have,” he says. “It fucked me up mentally, and I found that whenever I started dating the next person, I would pick up the negative attributes. It’s a song about telling someone straight up, ‘Hey, I’m damaged. I’m not gonna try to wear my heart on my sleeve anymore, and I’m over taking anything seriously.’”

The album begins with another love song, “Staying Kind,” this time featuring a harpsichord-hooked intro and blasting horns. But to be sure, Careless Soul is not hung up on romantic relationships. “Traveling Man” pairs sweeping strings with touches of melancholy steel guitar as Tyson sings about the double-edged sword of a musician’s life. It feels great to follow your dreams, he explains, but it can be hard to deal with watching your friends find the success you crave.

“Well it hurts like hell / But you know it’s the truth / Some of us folks are just luckier than you,” he sings.

“That’s Nashville, completely,” says the songwriter. “I look around at my friends and we’re all playing the same exact shows, then suddenly someone will get lucky and they’ll move up to the next level—like Margo. She’s still a good friend of mine and we were on the same booking agency for a long time. But I will never forget we played this show in Memphis to absolutely nobody, and then like a month later she was signed with Third Man.”

Some of Tyson’s previously unrecorded country tunes help bridge Careless Soul’s stylistic gap between Nashville and North Alabama—songs like “Railroad Blues,” “Easy,” and “Gonna Love a Woman.” And The Watson Twins sing harmonies on what feels like a descendant of Memphis-style R&B, “Pain In My Heart.” But at the very end of the record, one song shows what Tyson suspects is the future of his music.

“Ain’t It Strange” was the very last song written for Careless Soul, coming in just weeks before the tracking sessions began. Slow, strained, and using strings and steel in a way that feels more like indie-folk than country-soul, it was written from a new perspective. Instead of thinking about the song’s protagonist as a fictional character, Tyson was determined to uncover something real about himself . . . and not just whether or not he was currently fit to be in a relationship. Rose contributes a moving (and at times almost dissonant) harmony line that became a sonic highlight of the album. 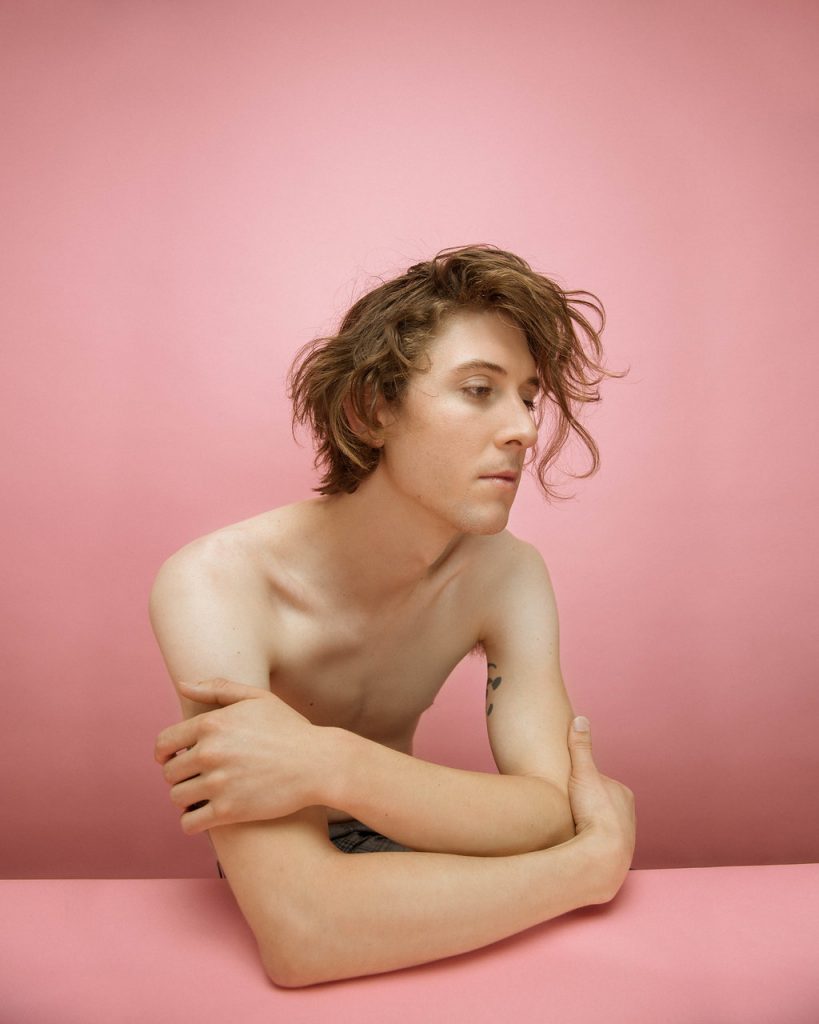 The song reveals the artistic struggle that brought Tyson to Careless Soul in the first place, while all but admitting that he’s already looking ahead again.

“So much of me when I was writing country music was like, ‘What’s a clever hook?’” he goes on. “I was writing ‘Fool of the Year’ like, ‘I’ll accept the town key / ’Cause I’m the fool of the year.’ It’s cool and it’s a cornerstone of country music—so many songs are like, ‘How can I put a twist on this common idiom?’ But to me, I want to write stuff that’s actually personal and a little more meaningful than just a cheating song.”

Like the relationships he used to bounce between, Careless Soul and his country-soul days may have only been a brief stopover. Tyson admits that from here on out, he wants every record to be a departure from the last, something that reflects his current stage of life.

Right now that means going back to the sounds that first inspired him: indie-roots bands like Bright Eyes and experimental folkies like Bon Iver. His current band isn’t even made up of country musicians, and they’re putting a different spin on the tunes his fans know and love, which comes with some pushback. But just like any other breakup, he’s learning to do what’s right for himself.

“This last Europe tour, people were coming up to me like, ‘Where’s the twang? Where’s the pedal steel? What’s happening?’” he says. “And I said, ‘Well you know, I’m just doing new stuff.’

“I just want to do something that excites me . . . I’m gonna keep doing what I want to do and making the music I want to make, because I make music with myself in mind, not other people.”

Careless Soul is available July 14. The album’s release show will be at 3rd and Lindsley on August 15.