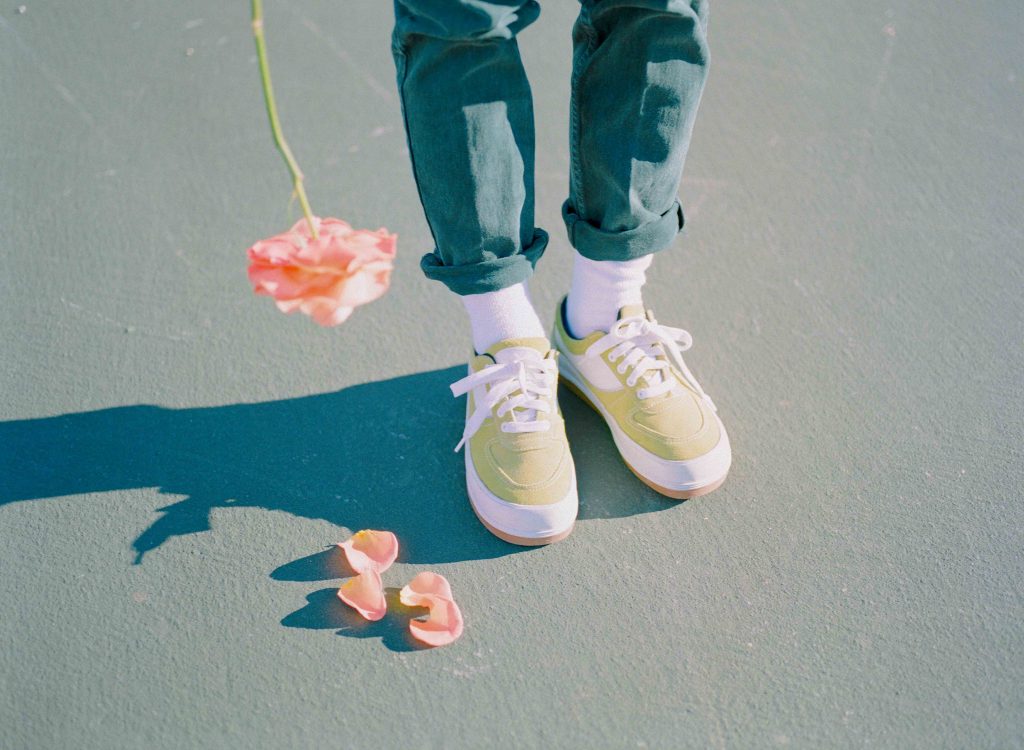 For our fourth NATIVE Yearbook Issue, we once again asked what Nashville would be like as a high school. And once again, we awarded mock superlatives to some folks that are—to put it bluntly—doing really cool shit in Nashville. But this year, in the spirit of creative freedom (and because we may or may not be frustrated scrapbookers), we gave each superlative a disposable camera and told them to shoot whatever they wanted. We then made collages with those images, plus a few more by NATIVE photographer Daniel Chaney, who appropriately shot each of this year’s superlatives at Stratford High. We can’t guarantee that there is an actual high school like this—filled with students making killer murukku, producing international bangers, and creating drony loops that would make Panda Bear proud. But we can guarantee you’ll find all that and much more in Nashville, and we’ll take that any (school) day of the week. 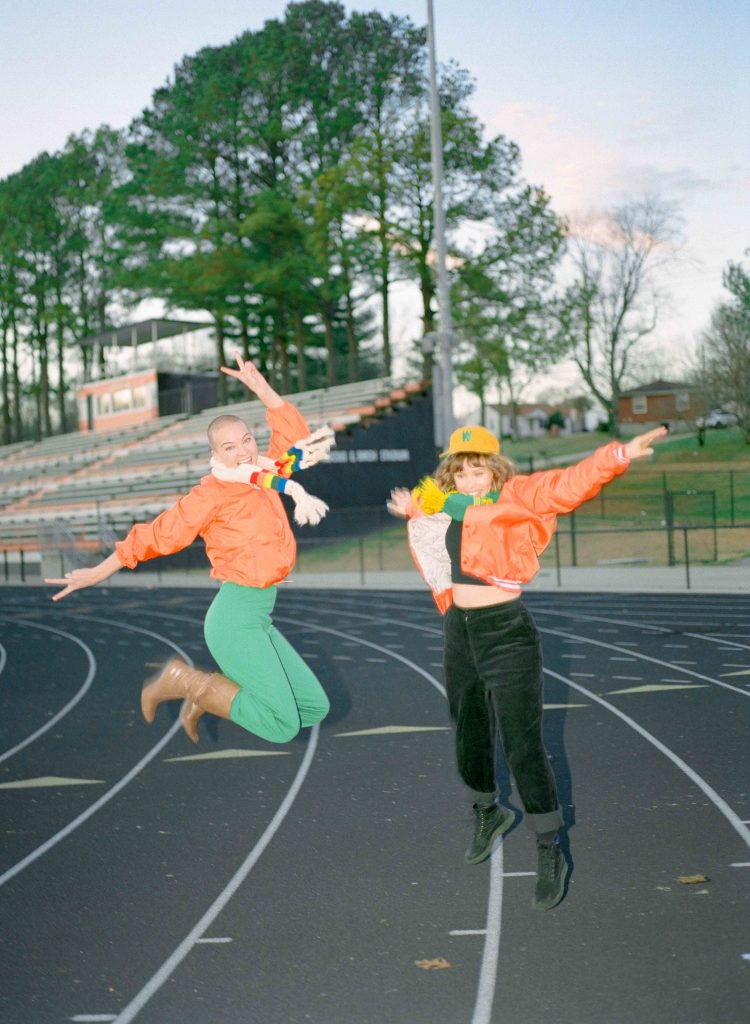 MOST LIKELY TO TEACH YOU THE DIFFERENCE BETWEEN A SINE WAVE AND A SQUARE WAVE:

As anyone who has spent hours watching Ableton YouTube tutorials can attest, there’s a pretty steep learning curve when it comes to making electronic music. Compound the sheer technical difficulty with the fact that electronic gatekeepers aren’t always too keen on sharing knowledge, and learning about the art of synthesis can seem nearly impossible (unless, of course, you want to hear pedantic music shop dudes lecture you about microKORGs and Kraftwerk—and you don’t want that, believe us).

Luckily, Jess Chambers and Eve Maret—two local electronic musicians who met last year while performing at Knoxville’s Big Ears festival—are looking to bust down these barriers to entry through Hyasynth House, a local collective that aims to uplift female, non-binary, and trans electronic music producers. Inspired by NYC’s Discwoman and Portland’s Synth Library, Hyasynth’s mission is, in their own words: “Three pronged: (1) To provide access to knowledge and resources pertaining to the field via workshops, with a focus on experimentation using electronic media; (2) To empower creative expression and increase the visibility of female, non-binary, and trans folks in the local music scene through organizing shows and events, and (3) TO HAVE FUN!”

Here’s to fun on the autobahn and beyond. 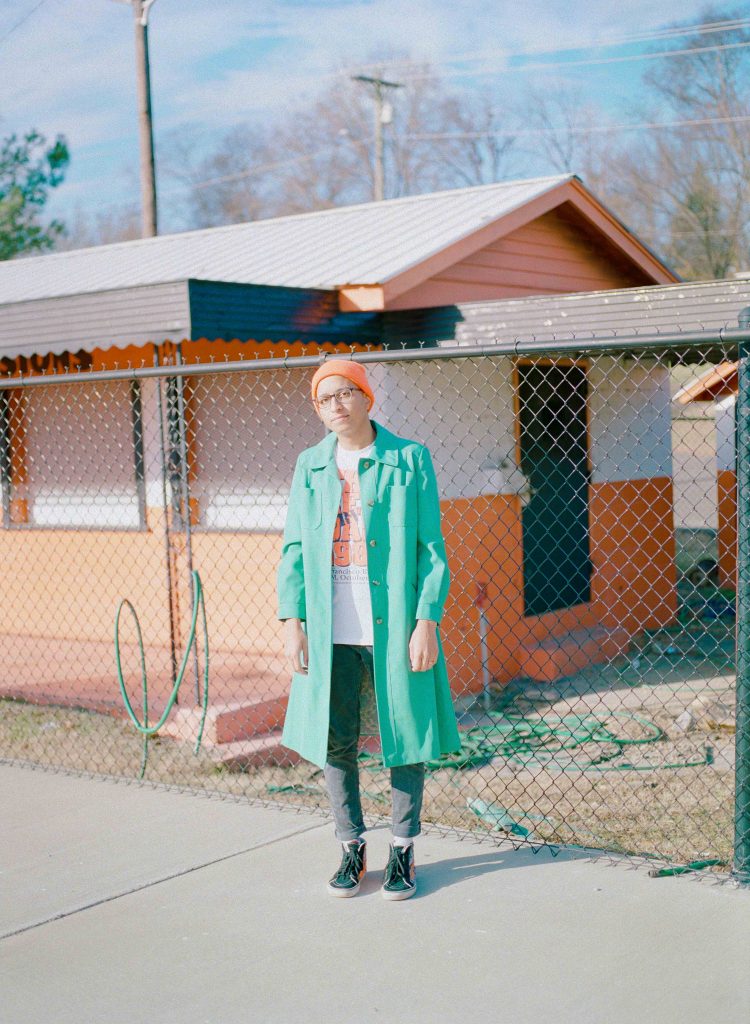 MOST LIKELY TO BE ON YOUR FAVORITE ARTIST’S PLAYLIST:

If you’re from Nashville, you’ve more than likely heard the term “Guitarist’s Guitarist.” It’s a label applied to folks who—like former Sturgill Simpson lead guitarist/Telecaster whisperer Laur “Little Joe” Joamets, for instance—are admired by their musical peers for their technique, tone, or just utter badassery. The Guitarist’s Guitarist may not always be familiar to the casual music consumer, and they might not release any solo material, but they’re more than likely one of your favorite artist’s favorite artists. However, as Nashville’s list of musical exports continues to expand beyond people who make music with six strings, you might start hearing the term “Producer’s Producer” more often.

Case in point: Jon Santana, an electronic musician whom Pro Tools aficionados admire with the same kind of zeal Tele freaks reserve for Little Joe. Since moving to Nashville in 2015, Santana has racked up millions of plays on Spotify via his solo projects and collaborations with local pop pioneers like CAPPA and Daniella Mason. Plus, his remix of Justin Bieber’s “What Do You Mean?” was included on Diplo’s Best of 2016 mix on BBC’s Radio 1Xtra, and he’s charted on Spotify’s Viral 50 in the US, Canada, Germany, Norway, and Poland (no word on whether he’s big in Japan). So if you’ve ever wondered what your favorite pop or EDM artist listens to—who they consider a Producer’s Producer—look no further than Santana. 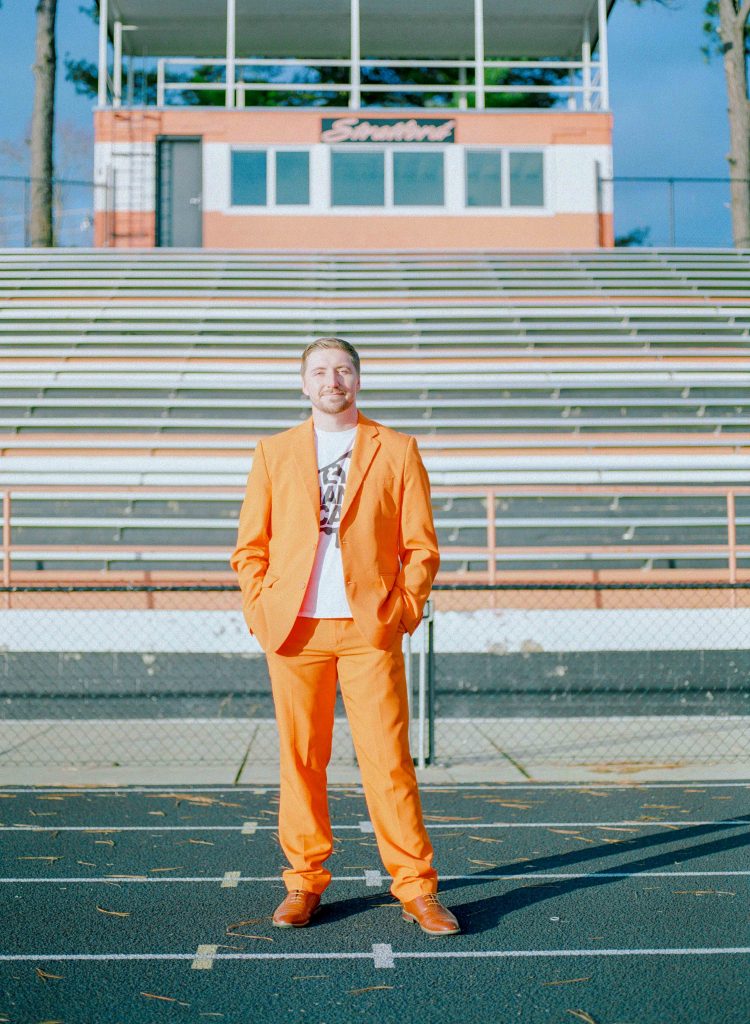 MOST LIKELY TO MAKE YOU BATTLE A VIRTUAL SENSEI:

Even though we enjoyed Counter-Strike—the blockbuster first-person shooter that ruled early aughts PC gaming—in our youths, we’ll concede that online gaming isn’t always the most productive activity on the planet. We’re not saying your mom was right when she told you to stop playing “those damn vid-ya games,” we’re just saying that gaming doesn’t usually lead to, say, owning your own business (at least that was the case during the pre-Twitch era, when the term “streaming influencer” wasn’t a part of our lexicon).

But for Jesse Keogh, the cofounder and lead engineer of indie game studio Giant Scam Industries, that’s exactly what happened. He met future Giant Scam cofounder Charlie Smith on Counter-Strike in 2002 (they didn’t actually meet IRL until 2008), and in the seventeen years since, the Mount Juliet native has earned a master’s in computer science from MTSU, landed a full-time engineering gig with Eventbrite, and released Chop It, a “VR rhythm game about karate and friendship. Think Guitar Hero meets Fruit Ninja—in virtual reality.”

So what exactly does a game about karate and friendship entail? Well basically, you’re thrust into a dojo where a Bob Ross–looking sensei hurls blocks of wood and concrete at you, and your job is to, well, chop the blocks before they hit you in your virtual face. Oh, and you do all of said chopping to the beat of an original score created by local musicians Jason Brooks and Michael Taylor (aka Strange Handle AV). You can also import your own music into the game, which would be a clever way to trick your friends into finally listening to your new demo (just saying). Give Chop It a try now via Steam, and maybe ease up on your cousin who won’t stop watching all those Ninja streams on Twitch—it could lead to a bright future full of friendship and karate. 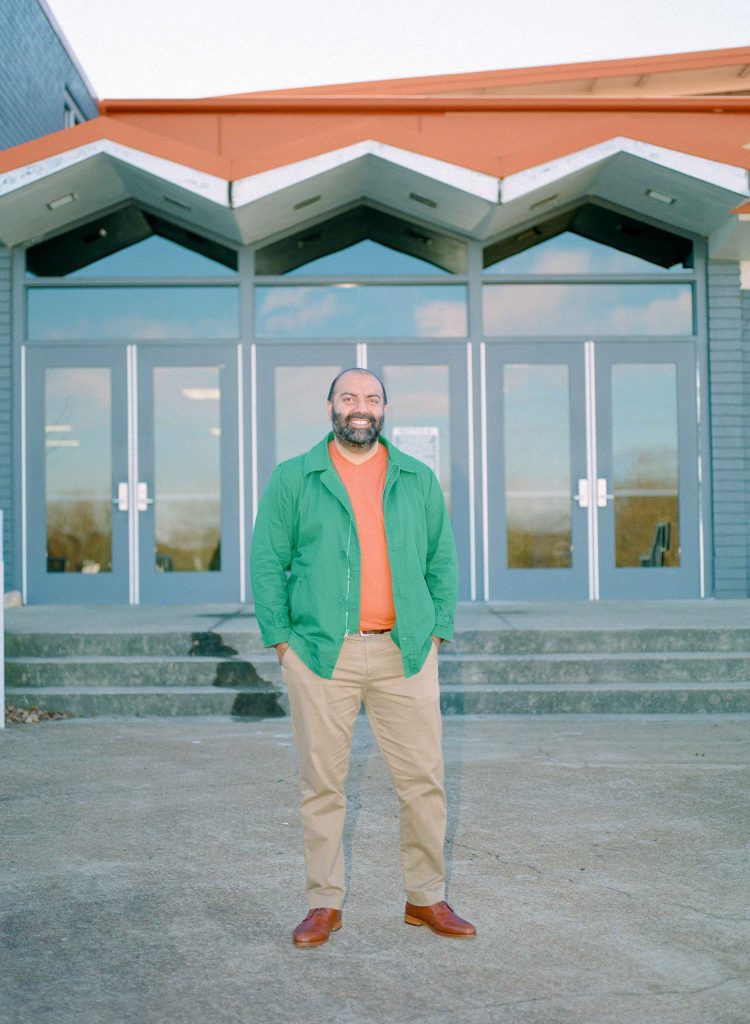 Lame sellout accusations aside, there is something special about following a band—especially one that ends up getting really big—from the very beginning of their career. You remember meeting them at the merch table ten years ago (after being one of five people at their show), so when you see them play Fallon or headline Bonnaroo, it makes you proud that they finally got the success they deserved after years of living in a shitty van.

Though Vivek Surti has never subsisted on peanut butter sandwiches while living in the back of a ’95 Chevy Astro (or at least we’re willing to bet he hasn’t), we’re proud of the local chef. After years of running blog-turned-legendary-pop-up Vea Supper Club, Surti has finally opened Tailor, his first brick-and-mortar, in Germantown. Much like Supper Club, which offered intimate five-course dinners and wine pairings at private events and local restaurants, Tailor isn’t your boilerplate New Nashville restaurant—you will not pay $25 for “elevated” grits or deconstructed pot pie. Instead, it’s like visiting a relative who just happens to be an authority on South Asian cuisine, drinks (in addition to being a wine buff, Surti founded Sabrage Society and has collabed with local breweries on past menus), and the art of a delicious, relaxed hang. In other words, Surti is taking the sound of his early home-recorded EPs and bringing them to all of Nashville—and that’s something day-one fans and newcomers alike can feel good about. 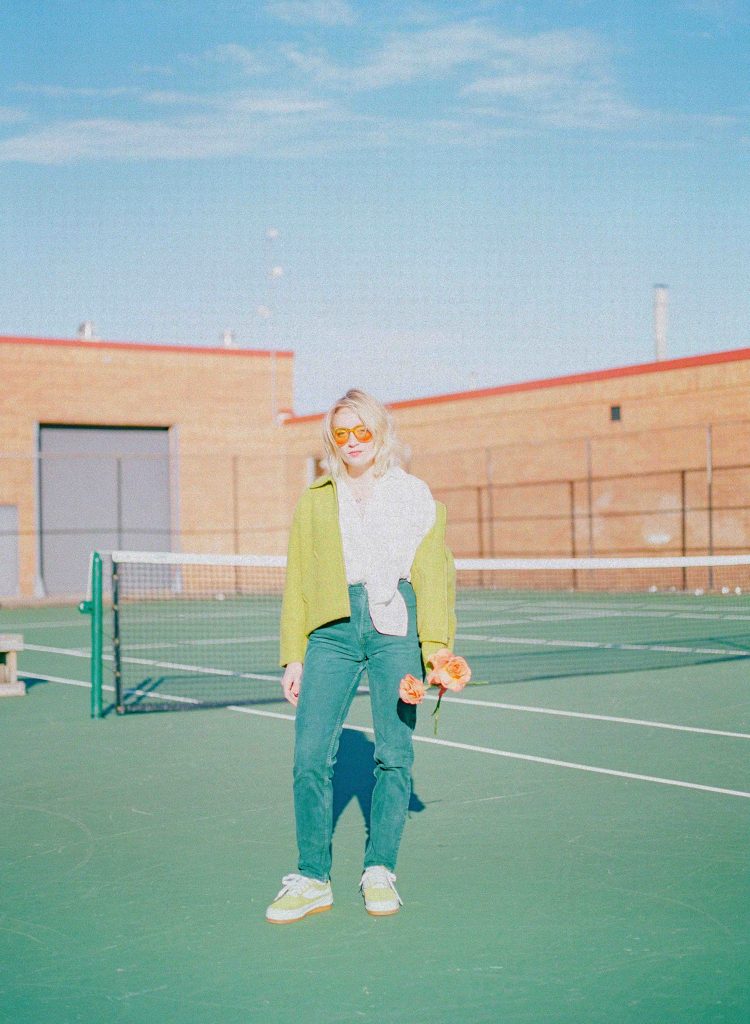 MOST LIKELY TO MAKE YOU FEEL LIKE YOU’RE IN A SMITHS VIDEO:

For better or worse, flowers are associated with stuff that isn’t so great. Funerals, hospitals, half-assed make-goods to significant others—they’re all places where flowers are meant to say, “Sorry things are going horribly, but here are some plants I got at Kroger on the way over.” As a result, floristry—an art that can take years to master and has roots dating all the way back to ancient Egypt—is too often relegated to communicating impersonal, or even downright thoughtless, apologies. The “art” in the term “floral art” has left the building, it seems.

Founded three years ago by floral designer Rachel Wayne, local floral studio Daily Bloom offers arrangements that say more than “Sorry I didn’t delete my Tinder profile.” Through her collaborations with countless local artists, musicians, videographers, and photographers, Wayne is proving that flowers can exist as textural worlds that enhance and embolden Nashville’s local art scenes. For example, back in 2017 Wayne teamed up with MKAV mastermind Mike Kluge to bring a psychedelic, kaleidoscope feel to Paramore’s Tour Two visuals; and in May, Wayne’s installations were an integral component of Figures of Color, a beautiful photo essay by former NATIVE photographer Marcus Maddox. And though she admittedly isn’t your typical mom-and-pop florist—Wayne doesn’t do day-to-day orders or deliveries—she’s still made her mark on the wedding circuit, with work appearing in Rock N Roll Bride and 100 Layer Cake. So next time you need to say sorry, maybe don’t reach out to Daily Bloom (unless of course you’re saying sorry as some sort of Abramovic-esque performance art piece—if that’s the case, you should hit Wayne up).