For our third-annual yearbook issue, we once again asked what Nashville would be like as a high school. And once again, we came up with a mock superlative list for some of the makers, thinkers, and doers that impacted Nashville over the past year. Whether they chronicled overlooked communities, inspired others to be themselves, or simply helped Nashville dress to the nines, these folks changed—and continue to change—our city for the better. Keep doing what you do, y’all (and go to prom with us? Check YES or NO, plz). 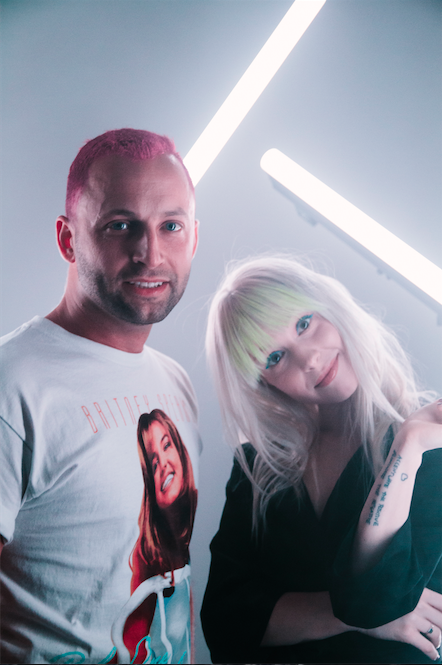 MOST LIKELY TO DYE IT: GOOD DYE YOUNG

Morrissey once said, “I do maintain that if your hair is wrong, your entire life is wrong.” While we aren’t crazy about Moz’s recent inane ramblings, that’s a statement we can get behind. Good hair can make a good day great and a bad day better, and we honestly don’t need any more bad days in 2018 (2017 gave us enough of those).

To help us in our journey toward good hair (and by extension, a good life) is goodDYEyoung, a vegan and cruelty-free hair dye company founded by Paramore’s Hayley Williams and her longtime stylist-bestie-coconspirator Brian O’Connor. The Nashville-owned-and-operated company offers a line of semi-permanent hair color, a lightening kit, color fader, and “Poser Pastes” (if only James Franco had some in the punk episode of Freaks and Geeks) to help you release your inner-whatever. Through goodDYEyoung, Williams and O’Connor hope “to create a community of misfits who support one another through acceptance and understanding.” Can we get these two in Washington already? 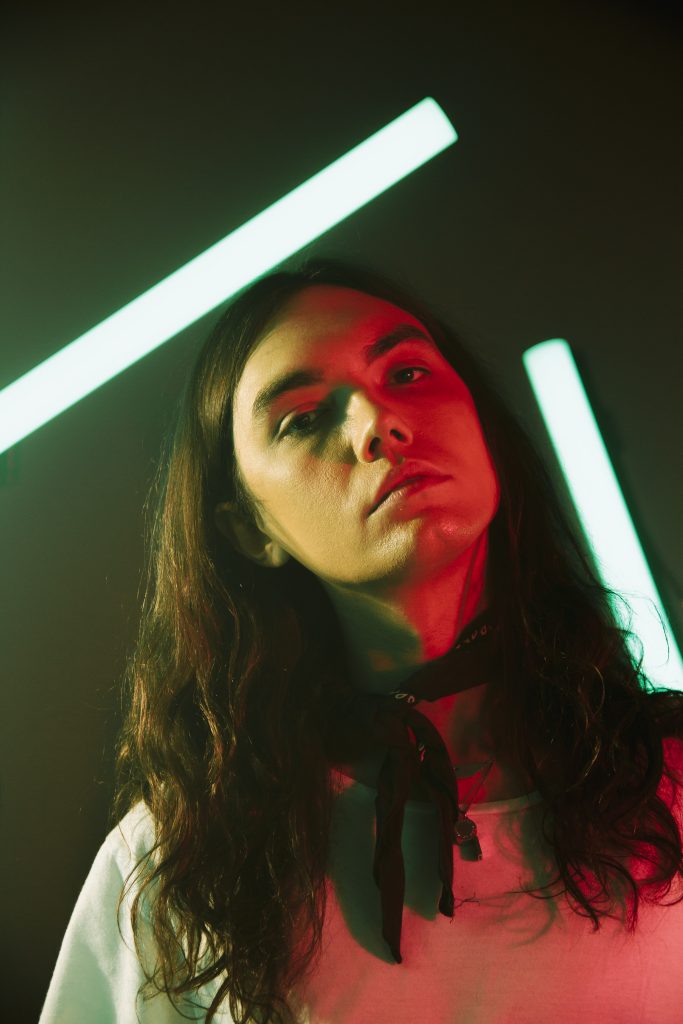 MOST LIKELY TO OWN IT: DYLAN STEPHENS

There’s something to be said for taking pride in who you are: Johnny Cash and the Tennessee Two practically invented the modern country groove after failing to play like everyone else; and Anna Wintour went on to become the editor-in-chief of VOGUE after being fired from Harper’s BAZAAR (allegedly for shoots that were “too abstract”).

Dylan Stephens can relate. The model-turned-artist makes Nine Inch Nails-y electronic music under the moniker Hookerlegs, which as Stephens explains, “is an expression based out of reclamation—owning every part of yourself and everything that’s happened to you, and commodifying that at your discretion.”

That philosophy has paid off: Stephens has appeared in Beyoncé’s “Haunted” video, multiple Marc Jacobs campaigns, and multiple NATIVE fashion spreads (one of these things is not like the other). Expect a few film, music, and fashion collaborations from them in 2018, which—if you ask us—is set to be the year of Hookerlegs. 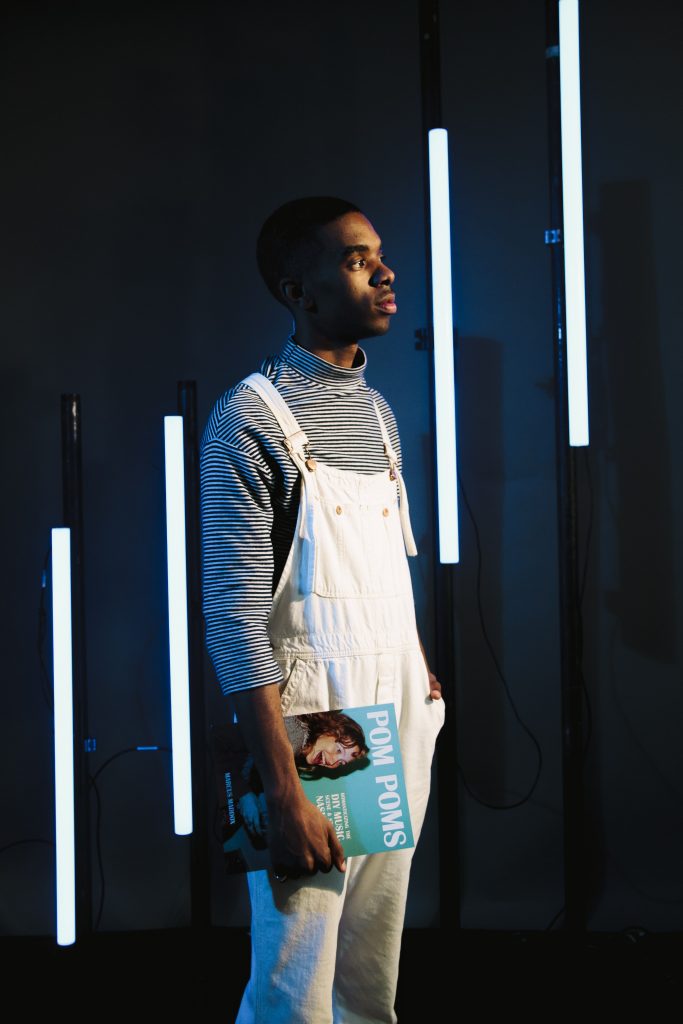 MOST LIKELY TO CAPTURE IT: MARCUS MADDOX

Every movement needs a historian—someone who works behind the scenes to capture images that are as iconic as the people making the movement. Bowie, Lou Reed, and the early ’70s glam scene had Mick Rock, and more recently, the meteoric ascent of Atlanta’s hip-hop community has been forever immortalized by Cam Kirk.

Nashville has Marcus Maddox. In August, the twenty-three-year-old photographer released POM POMS Vol. I: Romanticizing the DIY Music Scene & Style of Nashville, a photobook containing images from sixty-four shows at twenty Nashville venues. Shot between October 2016 and April 2017, POM POMS paints Nashville’s DIY community in a dreamy, surreal light. The images are at once of the moment and timeless—the sort of work that can be cherished for decades to come (plus, there’s a strong likelihood you’ll see one of your friends in there somewhere).

Since POM POMS’ release, Maddox’s work has appeared in NATIVE, NYLON, and Nashville Scene; and his clients have included Elizabeth Suzann, Local Honey, Wilder, and Goodwin. Maddox hopes to eventually bring the POM POMS concept to other cities, but in the meantime, keep an eye out for his upcoming Figures of Color, which will be an “exploration of the beauty of dark skin colors.” 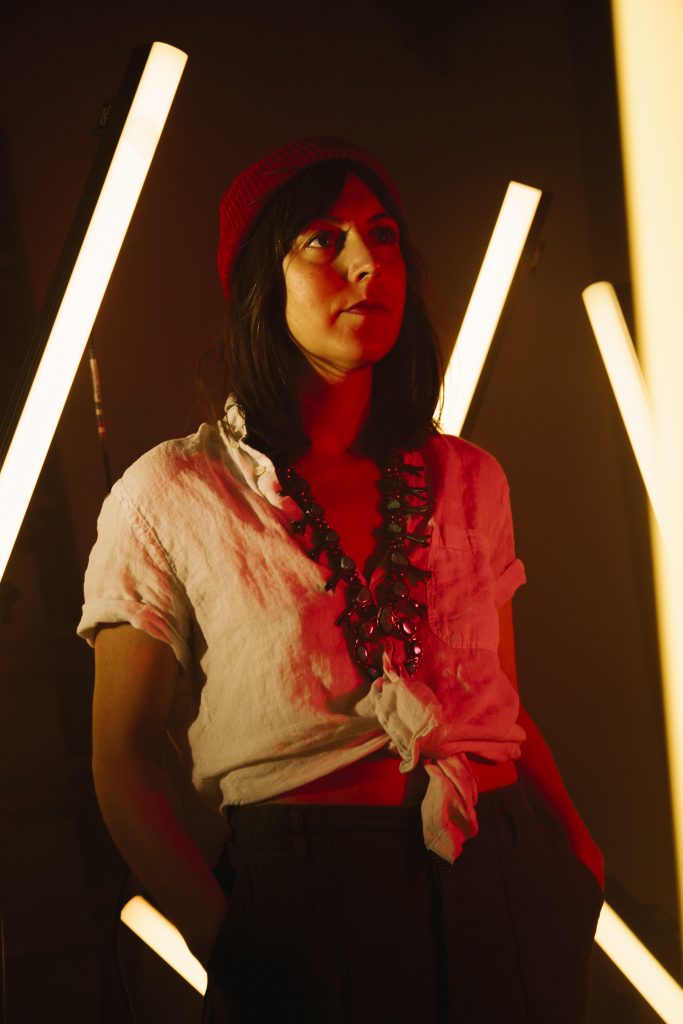 MOST LIKELY TO SHAPE IT: SALT CERAMICS

Are you a vision of grace and poise? One of those people who never trips, never drops things, and never, without a hint of irony, says, “Did I do that?”

If you are, please teach us your ways. If you aren’t, you may be interested in pieces by Salt Ceramics, a local company that specializes in functional, everyday ceramics (i.e. ceramics that can handle a few “oh shit” moments). Founder Jess Cheatham handmakes everything from bowls to cups to mezcal sippers, and each piece is made to order in her studio at The Elephant Gallery. And even if you haven’t picked up one of Cheatham’s pieces, there’s a good chance you’ve seen (or will see) them around town—they’re at Rolf & Daughters, Cafe Roze, and Noelle, the newly revitalized 1930s hotel next to Printer’s Alley. Klutzes of the world unite! 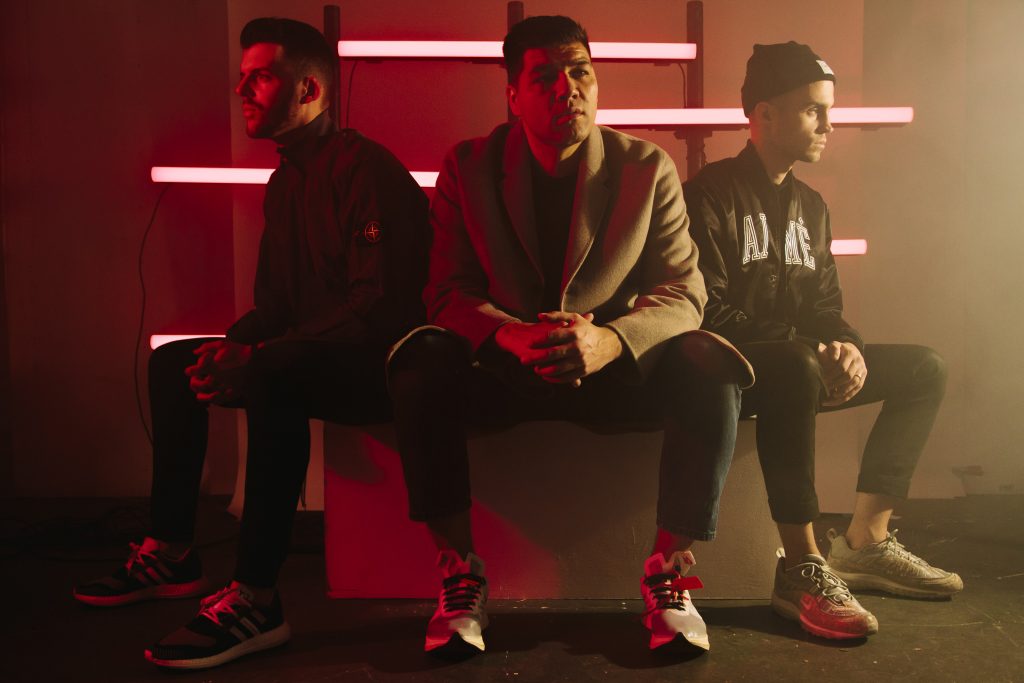 MOST LIKELY TO STYLE IT: ROOTED

If it wasn’t true before, 2017 made it so: streetwear is now big business. Once reserved for the likes of skaters on the West Coast or football hooligans in the UK, brands like Supreme and Stone Island went global this year, with Supreme even dropping a runway collaboration with Louis Vuitton (for a cool $1,500 you can get your hands on a T-shirt from the collection). But despite streetwear’s worldwide explosion, Nashvillians with their hearts set on copping pieces from Comme des Garçons or Rick Owens were often left to scour sites like Grailed or buy in person in New York or LA. 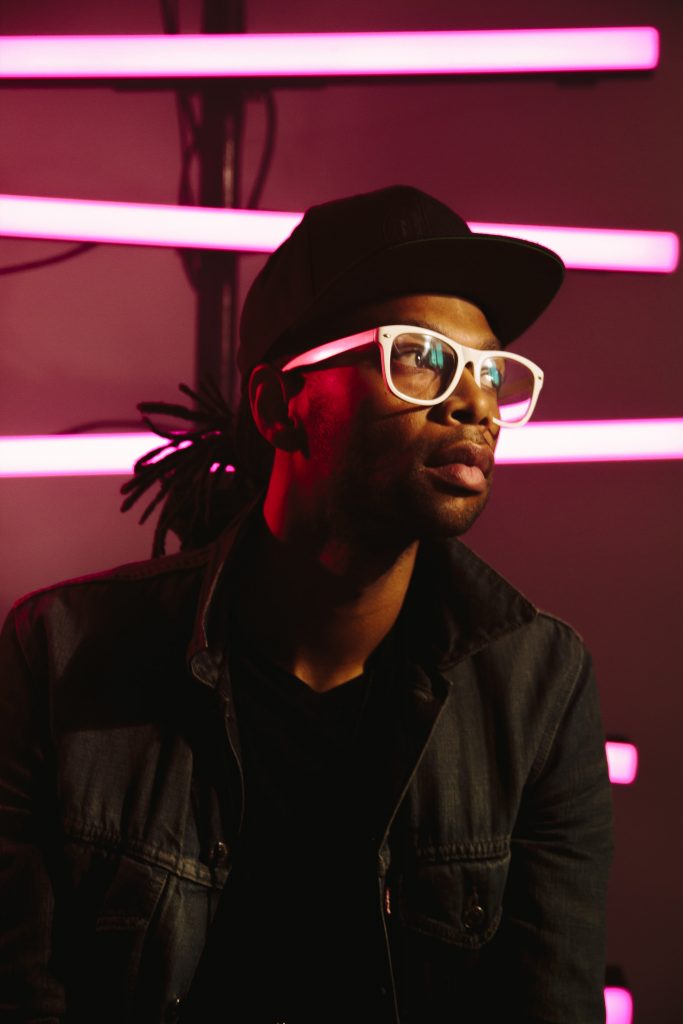 MOST LIKELY TO WORK IT: JERRY PENTECOST

The designation of “Hardest Working Man/Woman in Nashville” gets thrown around quite a bit. And rightfully so: there are tons of Nashvillians working their asses off in their respective fields every day. But drummer, DJ, and true Nashville native Jerry Pentecost might just take the cake.

He’s played with everyone from Wanda Jackson to Aaron Lee Tasjan, served as the drummer of the 2017 Americana Music Awards’ house band (where he backed Van Morrison), and can count Vince Gill and Paul Franklin as fans. Currently, he’s the drummer for Ron Pope, Angaleena Presley, and drummer/bandleader for past NATIVE cover feature Amanda Shires. And as DJ Jerry J, he has monthly residencies at Acme, Tin Roof, and Famous Saloon (but he’s also been known to pop up at No. 308 and many, many other booze emporiums). Asked whether or not he’s the hardest working man in Nashville, Pentecost says, “Not sure if it’s true, but I do like to work it—on and off the stage.” 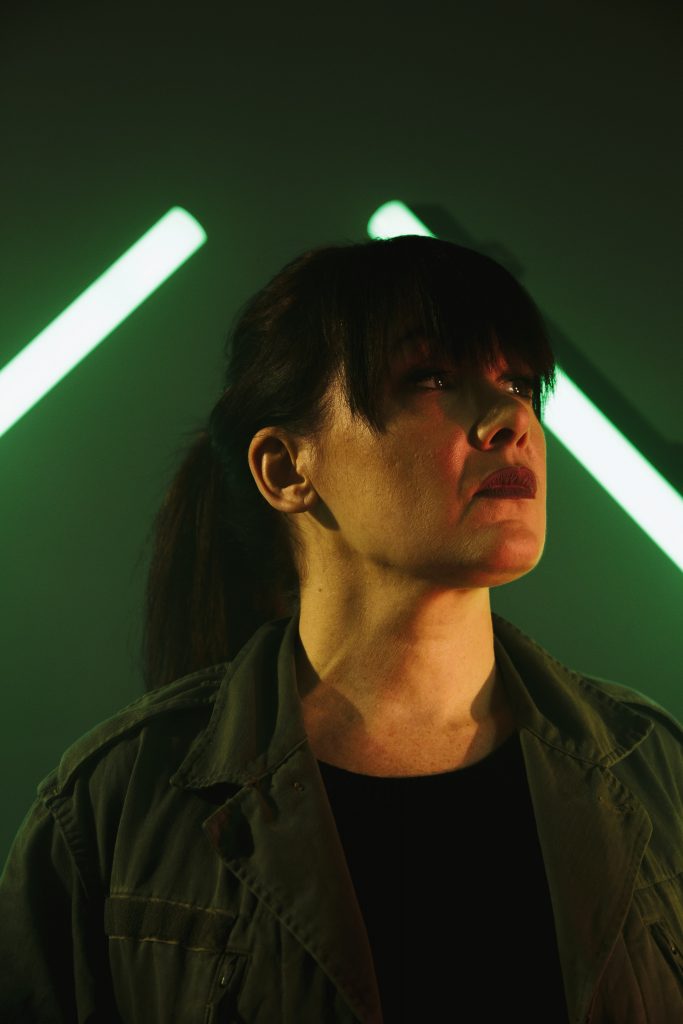 MOST LIKELY TO SHOP IT: ABBY FRANKLIN

When it comes to shopping for clothes, many of us are guilty of pillaging the digital recesses of ASOS and H&M for cheap fast fashion that we may not wear for multiple seasons. And while it’s tempting to order a $10 shirt from the convenience of your couch, there’s something about scouring bargain bins for one-of-a-kind items that feels more rewarding.

No one understands this better than Abby Franklin. The Trunk founder has spent her life perfecting the art of shopping. During her eighteen years as a stylist and curator, she’s shopped at the Grand Bazaar in Istanbul, hidden boutiques in the Omotesando Hills of Tokyo, secret designer outlets in Milan, and street fairs in Johannesburg. She’s also worked with Prince, Michael Jackson, Madonna, Katy Perry, and many, many more. Most recently, she just got back from the Australian leg of Drake’s Boy Meets World Tour, where she styled his dressing rooms (because that’s something you can hire someone for if you’re Drake).

This year, Franklin is rebranding The Trunk as STASH, a boutique that will carry impossible-to-find brands from around the world. “I feel like it’s my stash of all the good things from my trips around the world,” Franklin says. “I also like to keep things affordable—I search for labels that are not going to break the bank.” Consider this yet another reason to keep your shopping local. 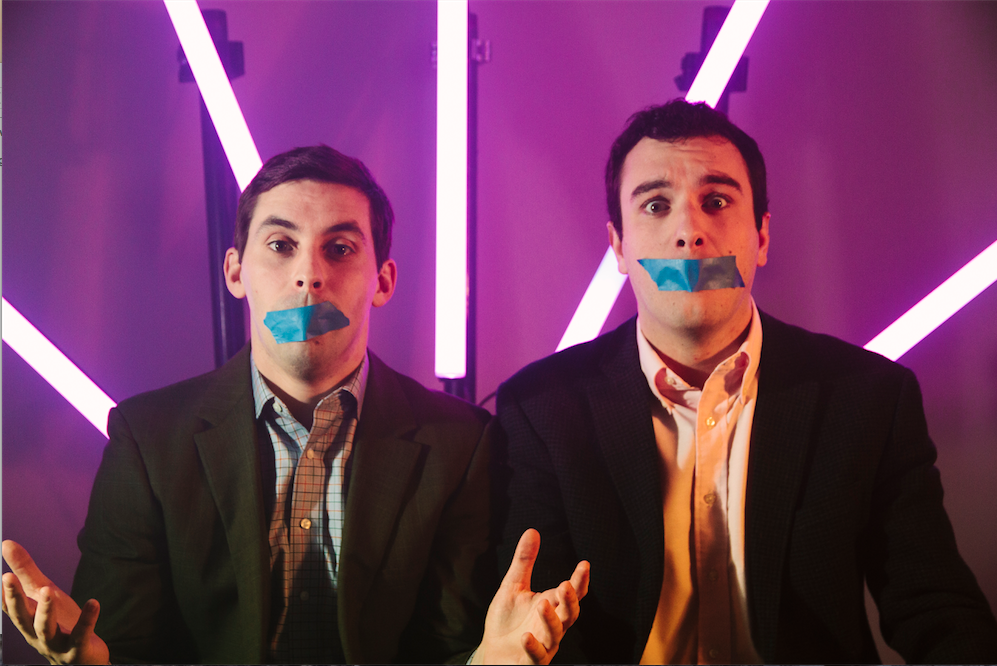 MOST LIKELY TO HOST IT: THE BEN & MOREY SHOW

From Colbert to Kimmel to Seth Meyers, 2017 was the year of the talk show revival. In Nashville, however, Carson-style entertainment has been alive and well since 2015, thanks to The Ben & Morey Show.

Now sixty-one shows in, Ben & Morey has found success without the aid of cable, streaming, or even YouTube. That’s right, you’ve got to actually show up to Centennial Performing Arts on a Thursday night to catch the duo. And that shouldn’t take too much convincing: for $10, you get Yazoo beer, live music (from house band Dr. Soul’s Wholly Funk Band), and an hour-long interview.

Since 2015, the guys have interviewed more than one hundred guests, including Eddie George, Karl Dean, Ann Patchett, and Maneet Chauhan. Says Ben on their distinguished tenure: “Goats have peed on our couch, polygraph tests have been administered, and Morey once had a knife pulled on him during a karate segment.” The show won’t return until mid-March, but in the meantime, keep an eye out for an upcoming remote segment with The Preds in February.