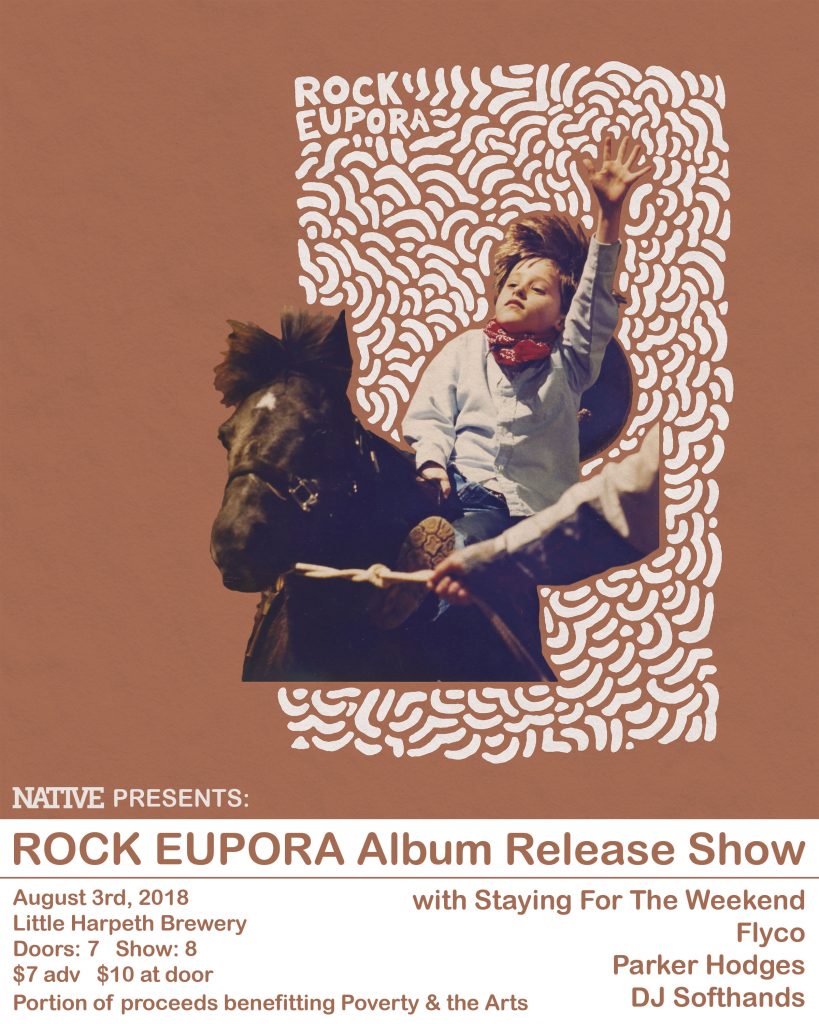 Listen, we know it’s not always cool to be earnest—to really show emotion and be positive and put yourself out there. Typically, acting like you don’t give a fuck has always been “cooler” than actually being sincere (just ask your local aloof record store employee).

But we say fuck acting like you don’t give a fuck. You have to stay positive to make it through these dystopian times. That’s why we’re feeling Rock Eupora’s new single, “It’s Gonna Get Better.”

The brainchild of Jackson, Mississippi native Clayton Waller, Rock Eupora is a jolt of refreshingly earnest, heart-on-your-sleeve indie in a world that desperately needs it. And lead single “It’s Gonna Get Better”—off his upcoming self titled, due out August 3—is the perfect manifesto of Walker’s brand of sunny optimism. Over a thumping, bob-your-head-at-house-show backbeat and airy guitars, he gets straight to the point: “It’s gonna get better hold your head up high / You want to sequester / Open up the blinds.”

“When I’m sad, my natural reaction is to withdraw from people—which is the opposite of how I should respond,” Walker explains. “I have found that life is pretty meaningless apart from relationships. People are what matter—and in the end it’s not about what you achieve, but how you treat those along the way.  This song is about choosing to live in the hope of community rather than the fear of failure. Does any of that make sense? I don’t know.”

Makes perfect sense to us, man.

Listen to “It’s Gonna Get Better” above, and make sure to catch the Rock Eupora release show happening August 3 at Little Harpeth (a portion of proceeds will benefit  Poverty And The Arts).