Ahead of his upcoming show at Lightning 100’s Nashville Sunday Night, we caught up with past feature and general NATIVE alumni (he’s played our parties since 2012) Daniel Ellsworth about his upcoming album, aging in Nashville, and the state of our city’s pop. Read the conversation below, and check out Daniel Ellsworth and The Great Lakes this Sunday, January 14 at 3rd and Lindsley with The Daybreaks and Tori Bigelow. 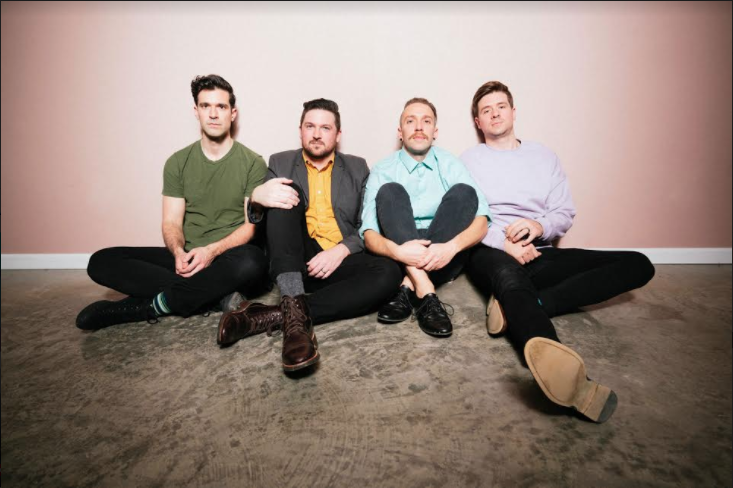 Your upcoming album, Fashion, is going to be released in three parts. Chapter One is out January 19, with Chapter Two and Chapter Three coming later this year. Why did you decide to release the album in phases?

This album was made over the course of a year and it was recorded in phases. We’d go into the studio with [producer and engineer] Kyle Andrews and we’d record three or four at a time, then we’d take some time away and write some more. Then go back a few weeks later and do it all over again. We wanted people to hear it in the same way we recorded it—a little piece at a time. That’s part of the reason.

The other reason is that I think we’re seeing a major shift in how albums are being presented to the world, and you have to adapt. People are consuming music much differently now. For better or worse, it’s all very fast-paced. It’s all playlists and one or two songs at a time, and you have to be on people’s radars more consistently over longer periods of time—especially independent bands and artists. We literally pour all of our money, time, and hard work into the music we create. It’s important that we take our time and give ourselves every chance we can for people to discover our music. There’s no real rules to how you should or shouldn’t release an album right now, and so we’re just trying to explore all that a little bit. At the end of the day, we’re album guys. We know we’re going to eventually have this full album out in the world, and it will be exactly how we envisioned it: all twelve tracks exactly where we want them in the track order and all that.

One lyric from Fashion: Chapter One that stuck out to us was the chorus of “Paralyzed”: “Paralyzed / Stuck in between / What I want and what I should be / I’m older now I’m letting go.” Is the lyric a reflection on aging in city like Nashville, a place that can often seem like a perpetually young city?

To a certain degree, you’re right on with that. The song is about shedding layers, getting older, and realizing that the more we think we know about shit, the less we actually know. It’s about about opening your eyes to everything going on in the world and realizing how small we really are. It’s about how those feelings can often be overwhelming, but how it’s still our job as humans to pay attention and make as positive of an impact as we can in our brief time on this planet.

You’ve been in Nashville since you formed here in 2010. Compared to some people in the local music scene, that makes you elder statesmen. How has being a Nashville musician changed since then?

To state the obvious, Nashville has exploded since 2010. We’ve seen a huge influx of incredible new bands and artists move here and that’s been exciting. As a musician, it forces you to stay present and aware of what other people are doing musically. I think it’s important to stay connected to your local scene. Go to shows, see the new bands that are here, support each other, influence each other. The worst thing you can do as a musician is get complacent. I’d like to think that I would have done that no matter what, but the rapid growth has definitely facilitated it more and kept a fire under our asses.

We’ve always considered you guys a pop group, which is one of the many things we’ve always enjoyed about your music. How do you feel about the ever-increasing amount of pop being made in Nashville versus it’s relative scarcity back in, say, 2010?

I’m loving all the new pop music being made here right now. I hear amazing new stuff almost every day that’s coming out of the Nashville pop scene. Kyle Andrews and I even started an electro-pop side project together over the past year called Chaos Emeralds, which has been really fun. I think pop music is one of those things that was always here to some degree, bubbling under the surface. It’s just been more present these days with so many people moving here and so much more music being made. With Daniel Ellsworth and the Great Lakes, we’ve always tried to be a rock band at heart, but with pop sensibilities. Somewhere in all that, though, the lines blur and everything is everything, and I think that’s the way music is supposed to be.