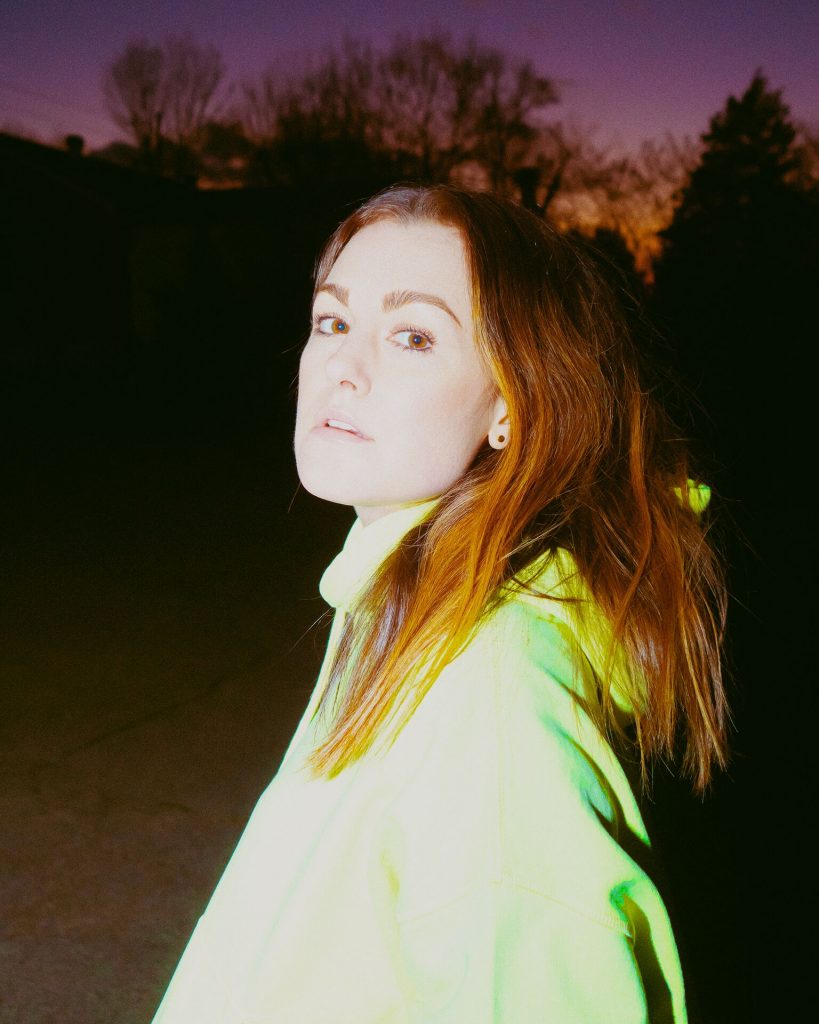 Sleep: it’s supposed to be a time to naturally recharge, to get away from our screens, our problems, and the problems that appear on our screens. Maybe you’re one of those people who hits the pillow at 11 p.m. every night in a carefree fashion—maybe you blissfully slip into dreamland with anxiety-free ease. If so, good for you (we guess).

For the rest of us, sleep isn’t so sweet. It’s a time where you’re left alone with no distractions, which leaves you free to obsess about that embarrassing thing you did in 2011 (you know, that thing). We understand why sleep is often referred to as the cousin of death; it’s a necessary evil that never gets easier for some people, and, to put it bluntly, that really sucks.

Like us, local up-and-coming popster Elle Azar is one of the latter, sleep-troubled folks. Her new single, “Starry Night” tackles the existential dread you often face after setting your iPhone alarm for the evening. In a drifting, dreamy vocoder voice, Azar sings, “Tossing, turning / bridges burning / nothing’s certain / I’m losing my mind” (yes girl, we’ve been there).

But the single isn’t a purely hopeless look at sleep, either. Says Azar of the track, “‘Starry Night’ is a sort of lullaby I wrote to myself. It’s about all those late nights I stayed up tossing and turning and feeling like I was losing my mind . . . Asking exhausting and intimidating questions about the meaning of things, wondering how it would all turn out, If I’d ever meet my soulmate back then, or if I’d already missed that moment—and a million other things. [Then] I had the thought, ‘We can’t solve all of heaven’s mysteries tonight.’ There was beauty in accepting that I didn’t have to have everything figured out just yet. Instead, I can focus on the things that I do know and the beauty that I can see. There’s a lot of peace and perspective in trusting in something larger than me. It made all my anxieties look a little smaller.”

Something else that gives us peace: the video for “Starry Night.” Directed by Azar’s husband and co-writer Ezra Cohen, the video transforms Azar’s bedroom into a metaphysical cosmos where life’s “big questions” are examined and fretted over (fun fact: the couple “basically tore apart our house and made a set in the middle of our living room” for the video). However, by the end of the video, Azar comes to terms with the fact that the keys to the universe aren’t going to be settled in one evening, so she might as well, to quote the track, “Take it easy” as she stares into the starry night.

That’s a mindset we can get behind as we roll into the weekend. Check out the video below, and check out Azar’s Insta here.