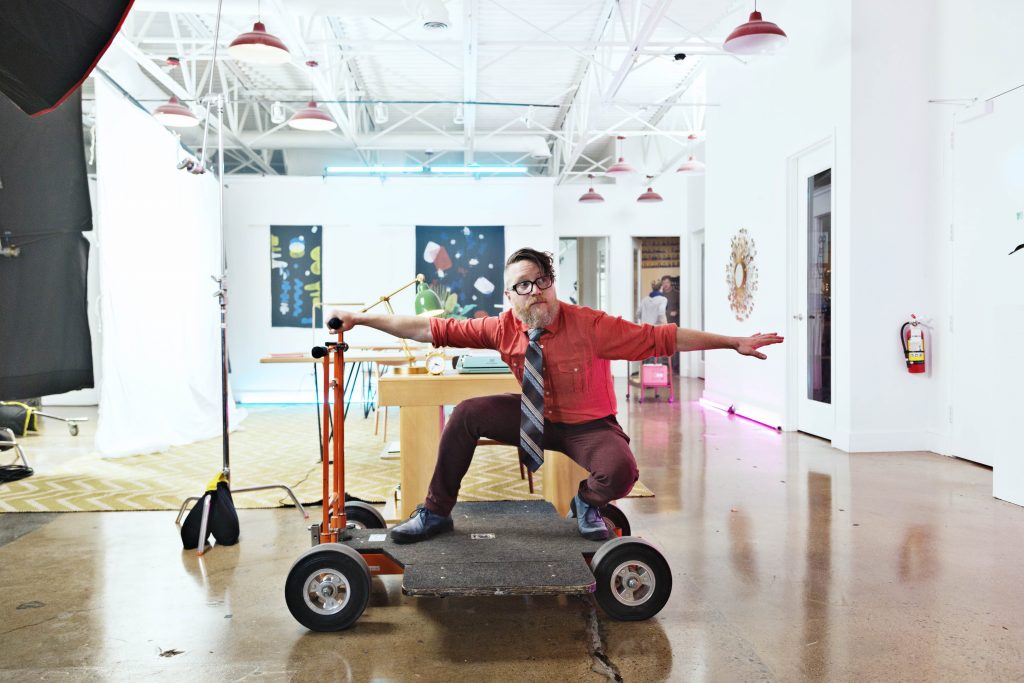 A sticky note covers the doorbell on Motke Dapp’s East Nashville home. The toddler might be sleeping, it reads, so please don’t ring the bell. Dapp agreed to meet at this time, Saturday at 1:00 p.m., for that reason specifically—a napping child means free time, something he doesn’t have a lot of these days.

I give a timid knock and Dapp answers the door. The writer-director is barefoot, wearing a pair of dark-washed jeans and a flowery button-down shirt with the sleeves rolled to his elbows. Dapp is genial and casual. He sports a stark undercut and a burly red beard, graying at the tips, that is just messy enough to appear intentional. He looks like someone who makes movies, a snap judgment that would’ve been inaccurate only about ten years ago.

A graduate of University of Tennessee Knoxville’s creative writing program, Dapp initially moved to Nashville as a musician.

“I was in bands and did that whole thing. It broke my soul,” Dapp says. “By 2006, I was tired of music. I was just tired.” Dapp eventually worked full-time as a graphic designer, but not before throwing his hat in the authorship ring.

“I wrote a book, put everything I had into it, and it was terrible. But I loved it,” he says, referencing the process more than the story itself. He ended up rewriting the same story from scratch after consulting some friends for notes, yet it still wasn’t the book he’d hoped it would be. “But at that point, I had a new way to create.” 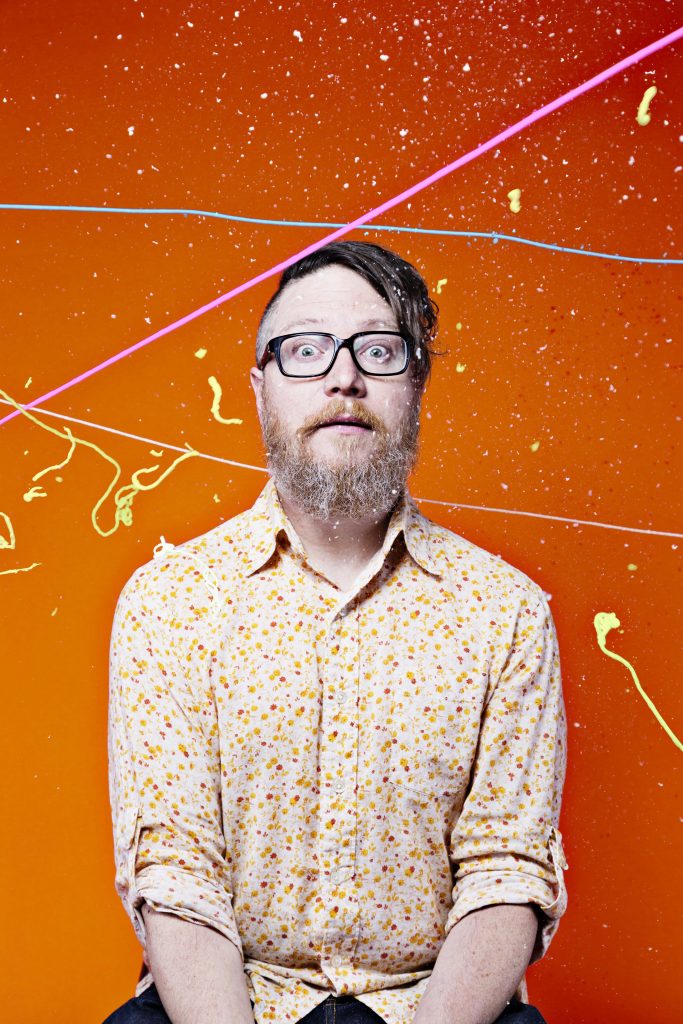 Dapp quickly applied this rekindled passion for storytelling into making movies. In summer 2007, he directed his first short film for the Nashville 48 Hour Film Project. The festival marked Dapp’s first foray into writing and directing for the screen. He competed again in 2008. In 2009, just two years after his first crack at moviemaking, he won first place.

“But I still didn’t get it. I was writing a second novel at that point, and [filmmaking] still hadn’t grabbed me,” Dapp said. “But we won, so we were like, ‘We gotta do it again, defend our title!’”

Dapp and his crew finished runner-up in 2010, and that was only the beginning. Between summer 2010 and summer 2011, he made seven films, including one full-length feature.

“We went nuts,” Dapp says. “We just went went crazy. And that was my year of film school. I just learned so much.”

Dapp’s rapid success is impressive considering his lack of formal training. He didn’t study film in school, had few connections in the industry, and barely knew the difference between a producer and a director, nevermind the everyday jargon and acronyms exchanged on set. But Dapp finally met a producer in 2010—more than a year after he had already won his first film competition, mind you—and realized they were in charge of everything he didn’t like to do. It was a welcome discovery. 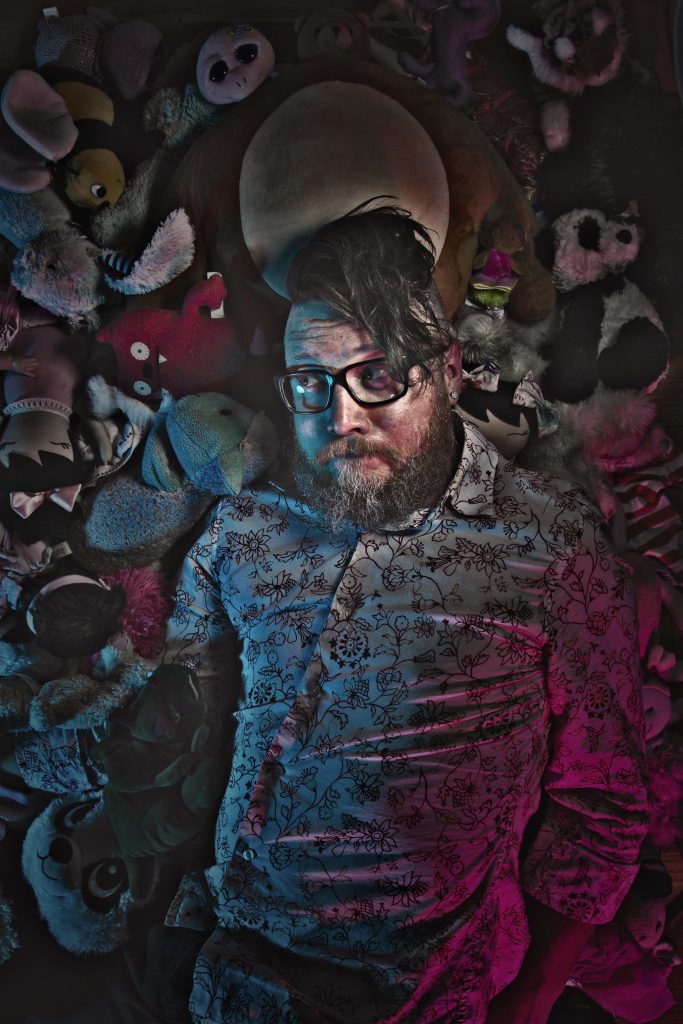 Dapp doesn’t believe he became a bonafide filmmaker until summer 2013, when he wrote and directed Sorry About Tomorrow, the first short film that he was truly proud of. The film screened at seventeen different festivals and won a slew of awards, including Best Director, Best Screenplay, and Best in Genre at the Nashville 48 Hour Film Project. Although it didn’t win Best Film, Sorry About Tomorrow marked the beginning of a Dapp dynasty.

“In 2014, I assembled a crew, and we just wanted to win,” Dapp said, laughing at his competitiveness. His team won Best Film at the 2014 Nashville 48 for Contrary to Likeness.

“I’ve won the last four years,” Dapp mentions, somehow casually. “But the third year, I couldn’t win in Nashville again. [The festival organizers] told me, ‘You can’t win three years in a row,’ so we went up to Cincinnati’s 48 Hour Film Project and won there, then came back to Nashville the next year and won again.”

Dapp recounts this litany of career shifts and triumphs within the first ten minutes of our conversation. But then he doesn’t seem interested in talking about the past. There’s a rare lull in conversation.

“I’m going to take a sip of water,” he announces, breaking the silence. Dapp drinks from his glass as if he were taking a drag, long and purposeful. He puts the glass down and, recharged, launches into the story of his not-so-distant past—the story of how his soon-to-be-released feature film, Other Versions of You, came to be.

The film is based on one of Dapp’s novels, but he and his crew struggled to get the ball rolling. So in the meantime, he put Other Versions of You on the back burner and worked on smaller projects, including his 2014 short film Contrary to Likeness. Contrary was selected to compete internationally against all the first-place finishers of 48 Hour Film Projects across the globe at Filmapalooza in Los Angeles. He placed in the top ten in L.A., which guaranteed a slot in the Shorts Corner at Festival de Cannes. A light bulb went off above his head. 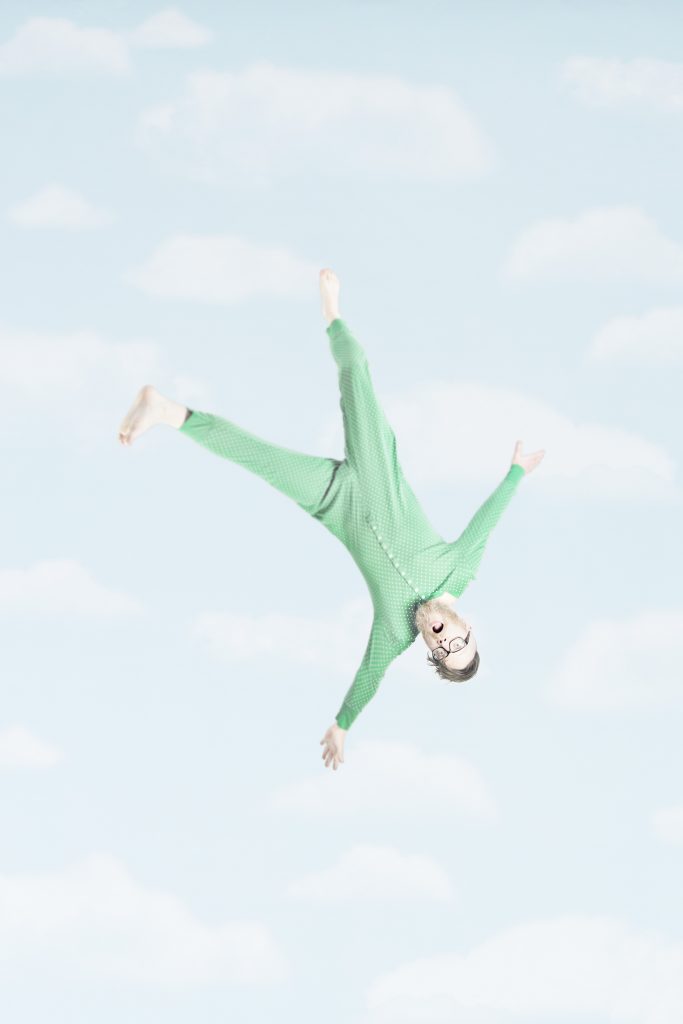 Dapp called Ryan Hartsock, his producer, and suggested they shoot a project while they were in Cannes. Hartsock took it a step further—Dapp and his crew should film some scenes for Other Versions of You, and maybe the change of scenery would jump-start the creative process. Seems like a no-brainer, right?

“I was like, ‘No, that’s a terrible idea,’” Dapp recounts. But Hartsock was persistent. They were going to be in the South of France with a full crew, so why not? Dapp didn’t have a convincing answer. He yielded.

“All of a sudden, my brain is exploding,” Dapp says with a laugh. The trip to Cannes was a deus ex machina for the movie’s completion. At the suggestion of lead actor Kristopher Wente, the crew even stopped in Iceland on the way to France to shoot on location. It took more than three years to complete, but Other Versions of You is finally ready to go.

Without revealing too much, the story involves a man named Diggsy (Wente) who has been in love with a woman named Suzette (Sara Antonio) since he was a child. The feelings aren’t mutual, and Suzette marries another man. Diggsy, heartbroken, gets his hands on a key (delivered by Titans-legend-turned-actor Eddie George) that allows him to travel through various parallel universes to find another version of Suzette that might love him back.

It’s a story fans should expect from Dapp, who says he likes to put a touch of whimsy in everything he does. His filmography reminds me of a sunnier David Robert Mitchell, or Mark Duplass without the masturbatory surrealism. Dapp’s films aren’t weird for the sake of being weird—they’re deliberate, sometimes dark, and always personal, which is exactly what talking to the filmmaker is like. 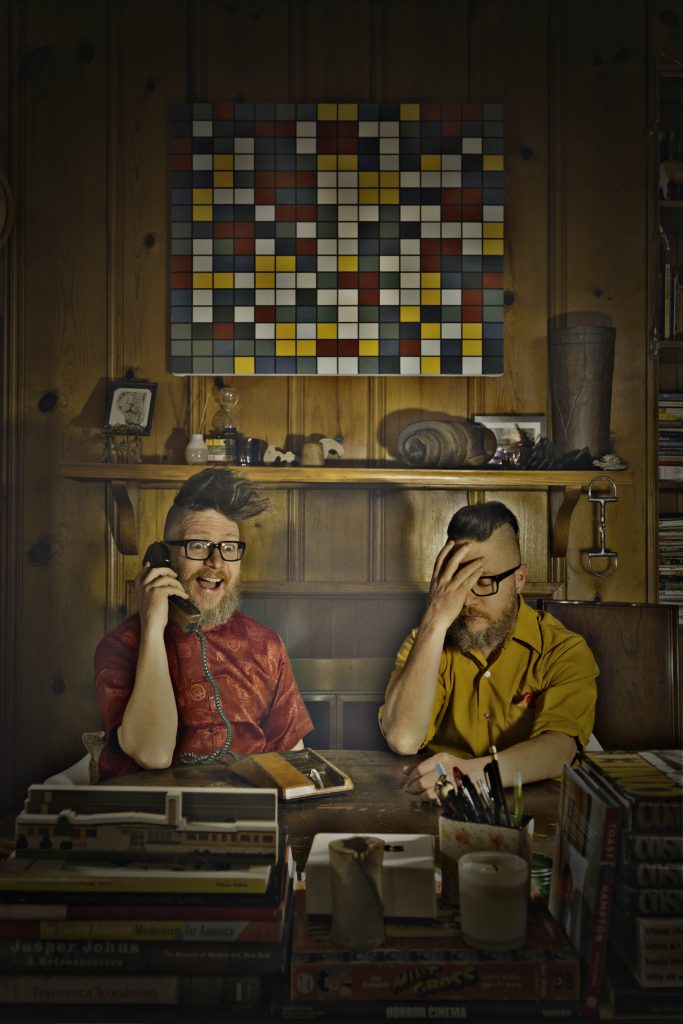 He freely discusses his shortcomings in painting and music. In 2006 he was opening for Matthew Perryman Jones and Katie Herzig when his band received an awful review from a music critic. It effectively marked the end of his career as a musician. He tried his hand at painting and found moderate success, but when the recession hit in 2008, the art started to pile up in his home office. He turned to graphic design for a steady income, but that didn’t last long either due to not having enough creative freedom.

Dapp has thrown everything at the wall, but so far, only filmmaking has stuck.

“I just want to keep doing this,” he says. “I want to be able to provide for my family and keep doing this, because it’s the first thing I’ve ever done in my life where I felt like I knew what I was doing.”

So when is the other shoe going to drop? For someone who essentially tried filmmaking on a whim, Dapp has encountered shockingly few obstacles. Except for one: his adopted hometown.

“The challenge is being in Nashville,” Dapp relents. “I’ve competed internationally, I’ve won best director, gone to Cannes—all these crazy accolades, and I can’t seem to crack through whatever this ceiling is. I think that’s what the roadblock is.”

It’s the first time in our interview where Dapp shows frustration. Still, his love for the city is palpable.

“A lot of people are leaving Nashville to go to L.A., New York, and Atlanta, and I don’t blame them,” Dapp says. He reminds me of a college basketball coach talking about his best player leaving for the NBA. Disappointed, but understanding. “There’s a decent amount of work here, but I want there to be more. I don’t want to have to leave Nashville.”

So Dapp isn’t going anywhere, right? Odd as it sounds, that may be out of his control. When he’s not working on his own films, he directs commercials. It’s not something he seems passionate about, but it pays the bills, he excels at it, and at a certain point, he’s got to go where the money is. Unfortunately, that isn’t Nashville. At least not yet.

“I’ve had some people tell me I should move to L.A. Take all your work there and just network like crazy. But then I’ll be in L.A.,” Dapp says with a face like he just took a whiff of spoiled milk. “I want to prove we can make it in Nashville, that people can do stuff here.”

Other Versions of You will premiere at the Nashville Film Festival May 10–19 at the Regal Hollywood 27 Cinema. Dapp’s reel and selected filmography are available at motke.net. 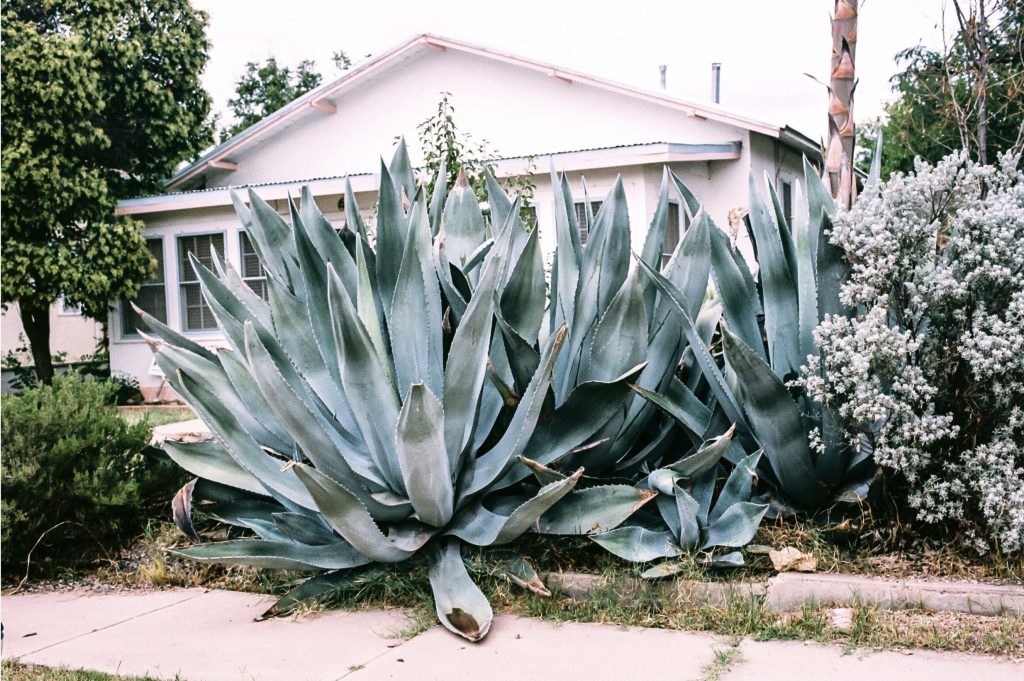 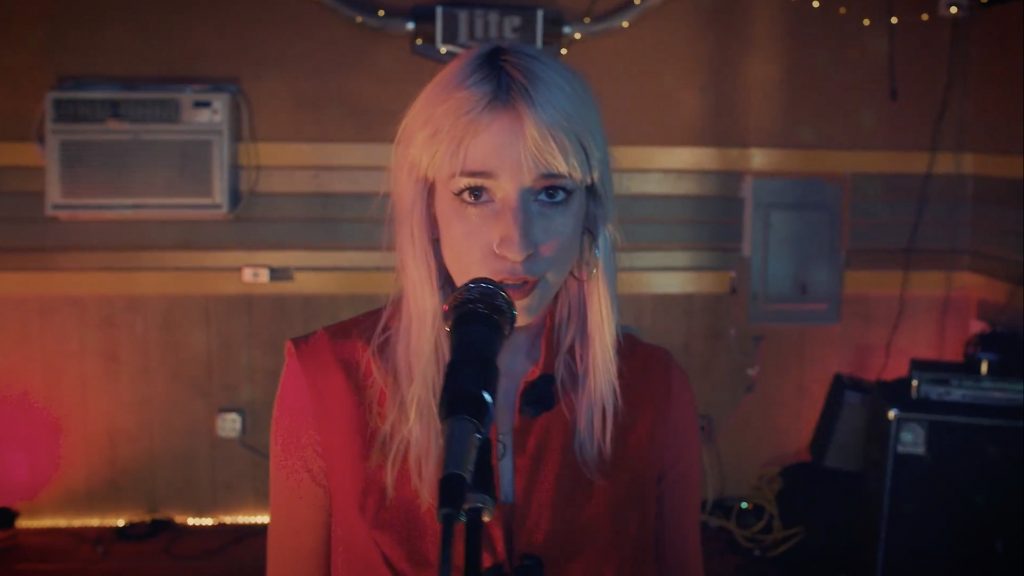 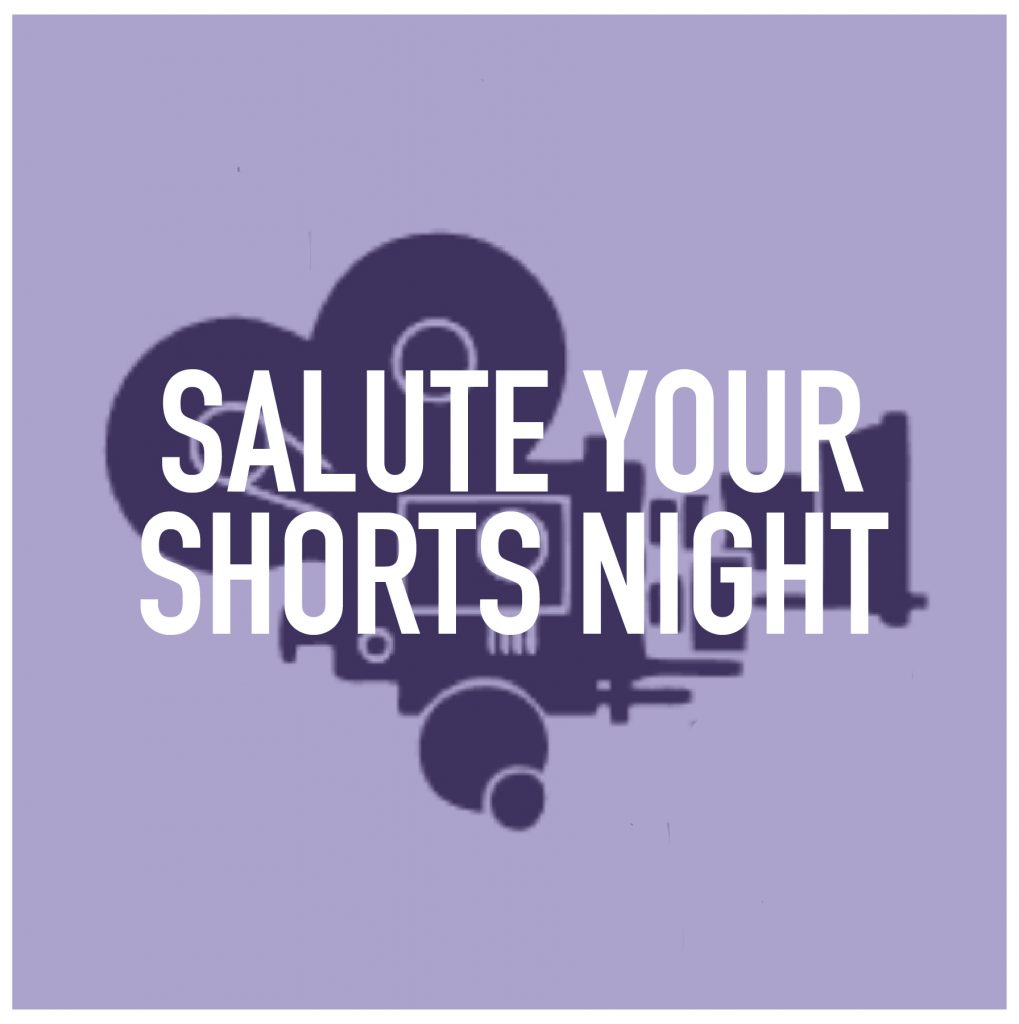