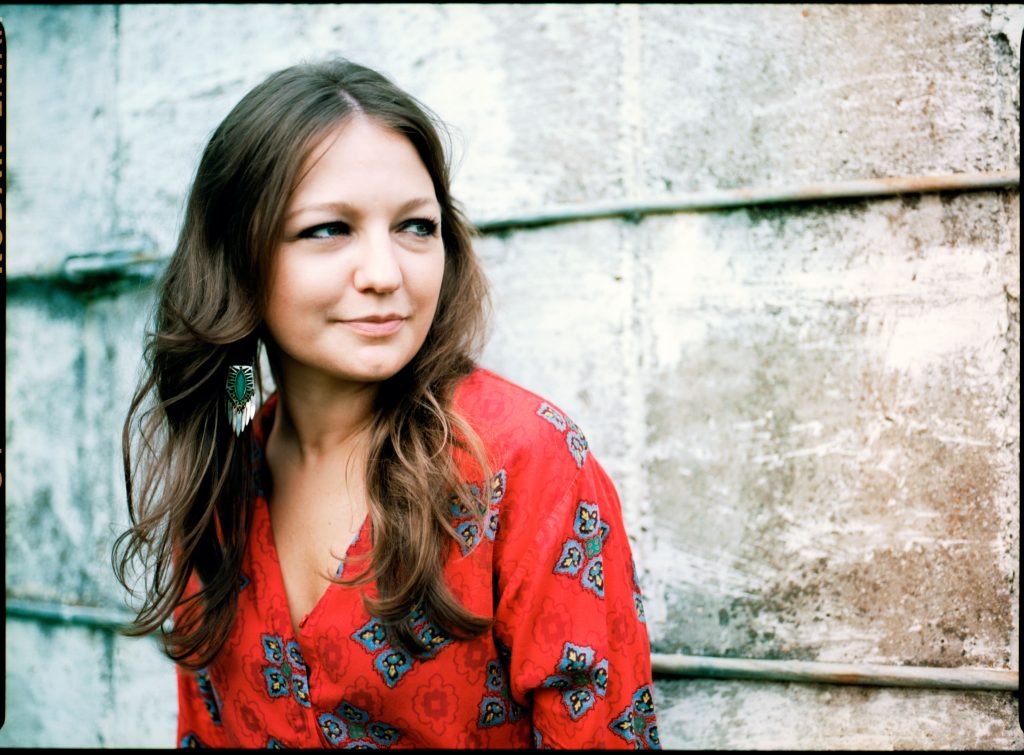 Tucked into a quiet bend of the Ohio River, it’s your prototypical unincorporated community, full of green farmland, black asphalt, and a whole lot of empty space. There are no stoplights. No bars. No landmarks, even, unless you count the TV tower that juts skyward from a field near Monkey’s Eyebrow Road, transmitting the coverage of the NBC affiliate in nearby Paducah.

There, in a hunting lodge owned by her father, Kelsey Waldon began writing songs as a teenager. The lodge was fairly busy—as busy as a place in Monkey’s Eyebrow could be, at least—thanks to the guests who’d show up during hunting season, looking for a crash pad after spending all day shooting wild geese. It was an upgrade for the Waldon family, who’d spent most of Kelsey’s earlier years in a trailer. Before a driver’s license afforded her the opportunity to hit the highway every weekend in search of entertainment—usually in Paducah, the closest thing to a big city within an hour’s drive—Waldon spent a lot of time around the lodge, making the most of her time in the smallest of small towns. She planted tobacco. She practiced the acoustic guitar. She looked for arrowheads. It was music that occupied most of her time, though, and music that would eventually take her to Nashville.

“I grew up listening to a lot of ’90s country,” she remembers. “But it was broader than that too. When I got into high school, I was learning Beatles records. They were my first big band. I had a friend who gave me the Rubber Soul album, and it just exploded from there. The same thing happened with The Freewheelin’ Bob Dylan.” 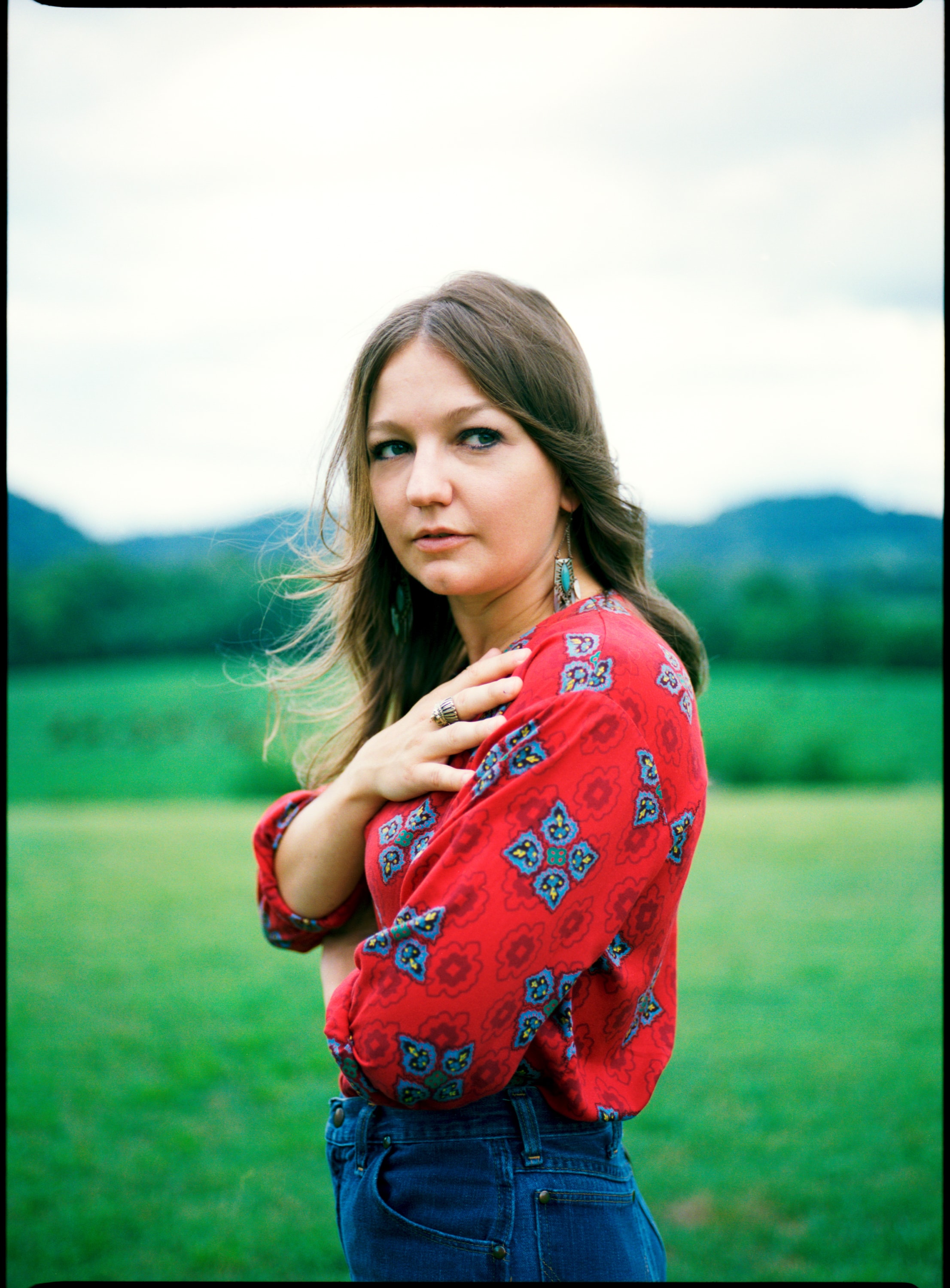 Years later, Waldon is still quick to list her influences. She covers two of them—the Gosdin Brothers and Bill Monroe—on this year’s I’ve Got a Way, an album that mixes pedal steel punch, Telecaster twang, and pearls of country wisdom (example: “You can’t place a crown on the head of a clown and then hope he turns out to be king,” a line that could’ve come from a Loretta Lynn song) into Waldon’s own version of new-school country. In a genre whose biggest acts have become increasingly infatuated with pop music over the past two decades, Waldon remains as countrified as Monkey’s Eyebrow itself, singing with a Kentucky drawl that’s imperfect, rural, and refreshingly real. She has no use for Auto-Tune, no interest in electronic loops, no need for digitally enhanced snare hits. Instead, the songs on I’ve Got a Way sound like they came out of a honky-tonk, not a computer, and they’re given plenty of steam from a band whose members include pedal steel player Brett Resnick and electric guitarist Jeremy Fetzer, two of Nashville’s most sympathetic pickers.

“It makes me feel claustrophobic to think about music that doesn’t move,” she says. “I want my songs to feel free, to have that pure energy I hear in a lot of my favorite records. When we made I’ve Got a Way, we’d do a couple different takes in the studio, then all sit there and listen. Even if some of the tempos were wavering during a certain performance, we’d keep whatever we felt had the best energy. We just went by that rule.”

Waldon first moved to Nashville as a nineteen-year-old. No one from her family had ever finished college, and she didn’t plan on it either, focusing her time instead on a minimum-wage day job and a schedule of nighttime shows. It was a tough time. Disillusioned, she retreated back home to Kentucky for a bit, only to return to Nashville several months later with a new plan. This time, she enrolled at Belmont University and began chasing down a degree in songwriting, looking for a way to bridge the twang of her childhood country records with the pop smarts of those Beatles classics. She buckled down, did her homework, wrote songs, graduated, played shows, and paid her dues. Bro-country was beginning its reign on country radio, but a new scene was developing too—a scene filled with local songwriters who were fusing the country music of their parents’ generation with lyrics that spoke to the modern world.Waldon cast her lot with that group, joining simpatico singers like JP Harris, Andrew Combs, and Margo Price in fighting the good fight.

It makes me feel claustrophobic to think about music that doesn’t move,

It was The Goldmine, her independent release from 2014, that helped spread Waldon’s music far beyond the borders of East Nashville. Fueled with songs about honky-tonk heartache and the struggles of working women, it found an audience in unexpected corners, receiving props from outlets like The Wall Street Journal along the way. Part of the album’s success could be attributed to the creative team Waldon put together, which included sound engineer Anderson East, still several months shy of his own breakthrough as a major-label solo artist. Her band was top-notch, too, with Resnick—a pedal steel powerhouse in the vein of Buddy Emmons—taking center stage as The Goldmine’s most evocative mood setter and soloist. At the heart of the album, though, was a songwriter whose twang-filled torch ballads and rootsy rave-ups rang true. She wasn’t some country singer who’d grown up in the suburbs, blasting the Dixie Chicks from the dashboard of her parents’ SUV. She was a native of southwestern Kentucky, raised on a farm whose bordering roadways weren’t even paved until she turned eleven. She was believable.

“You know it’s not my first time / But it’s better than last time,” she crooned on “Not My First Time,” a gorgeous track about inching away from one-night stands and closer toward something resembling love. “Brother got in trouble, now the money’s all gone / Now mama’s sick and I sling bottles at the Mule / And people still ask me why I didn’t go to school,” she sang during “High on Heels,” the album’s most upbeat track, shining a light on the snares that keep many small-town Americans trapped in the towns they once dreamt of leaving.

Released two years later, I’ve Got a Way offers a stripped-down version of The Goldmine’s sound. There are fewer overdubs this time around. Fewer layers of multitracked vocal harmonies too. The goal was to keep things simple and clutter-free—to spotlight the band without taking too much focus away from the front woman.

“I wanted to keep everything sparse and leave a lot of space,” she remembers of the recording process, which kicked off with a four-day session in November 2015 and wrapped with a pair of productive days this past February. “A lot of my favorite records use space like that, and I think it sounds beautiful. It’s just air moving in the room, you know? When you hear a song like ‘Night Life’ by Ray Price, it’s just his vocals and the pedal steel and the drums, with everything recorded in a really reverby space. And it’s just incredible sounding. I was really influenced by records like that.” 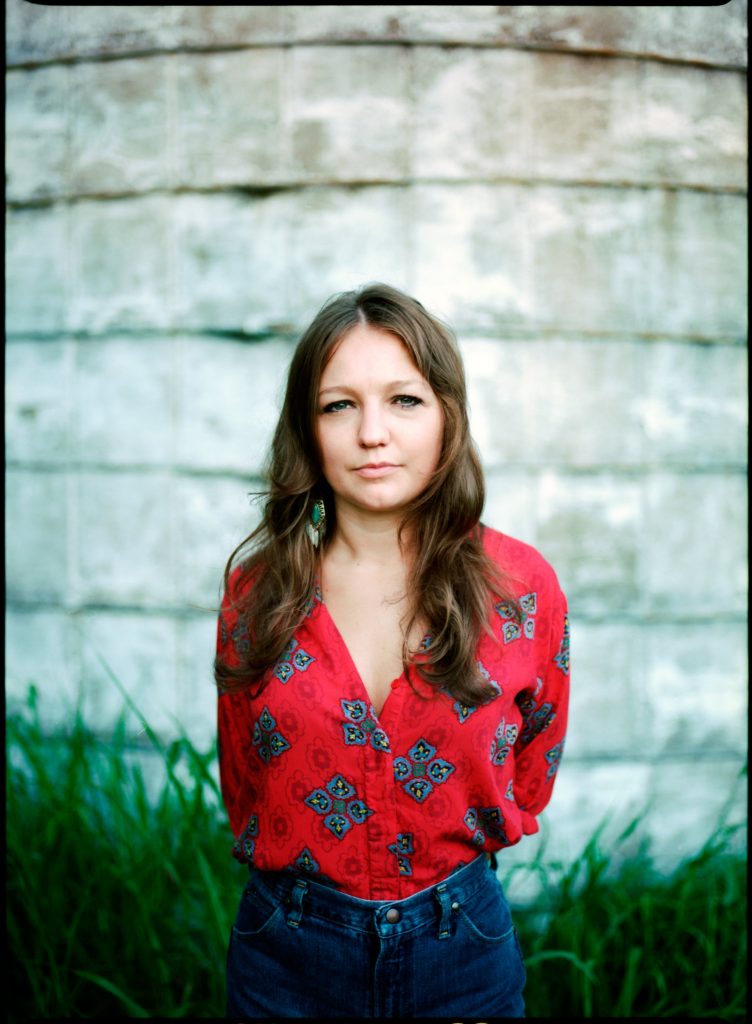 That’s not to say I’ve Got a Way is quiet. With Fetzer, Resnick, and producer/bassist MichaelRinne all making return appearances, the album brims with contributions from a band whose members have worked together before, both in the recording studio and on the road. There’s a familiar push and pull between, say, Fetzer’s Telecaster and Resnick’s steel—a balancing act that would be hard to create if the two were strangers—and the overall effect is that of a songwriter who’s finally found her home, years after leaving Monkey’s Eyebrow.

Pointed and personal, I’ve Got a Way transforms the intimate details of Waldon’s recent history—including a breakup or two—into universal songs. She chases away the heartache with songs like “All By Myself” and “You Can Have It,” two defiant tributes to standing alone, and tips her hat to Bill Monroe with a cover of “Traveling Down This Lonesome Road.” Elsewhere, she slows down the tempo for the album’s closer, “The Heartbreak,” another number that turns the traditional breakup ballad on its head. “I wanted to thank you for the heartbreak,” she tells a former flame, “because it brought me to where I am.”

Like before, there’s a sense of nostalgia to Waldon’s music, which ignores the newer trends that have pushed country music out of the Bible Belt and into the worldwide mainstream. This is classic stuff, harking back to an era when women wore high-waisted flares and men rocked bushy mustaches. It’s far from pastiche, but it still wears its old-school flair with pride. After spending two years on the road—with another four months of tour dates on the horizon, which will find Waldon, her band, and their 1993 Ford Club Wagon crisscrossing the eastern half of the country—she’s learned what kind of music suits her best.

“All of my favorite country records come from the ’70s,” she gushes, listing albums like John Hartford’s Nobody Knows What You Do and Mel Street’s Country Soul. “The bands were so tight! So rhythmic. And those records just had the right sound. We went after that with this album, and it feels right for us too.” 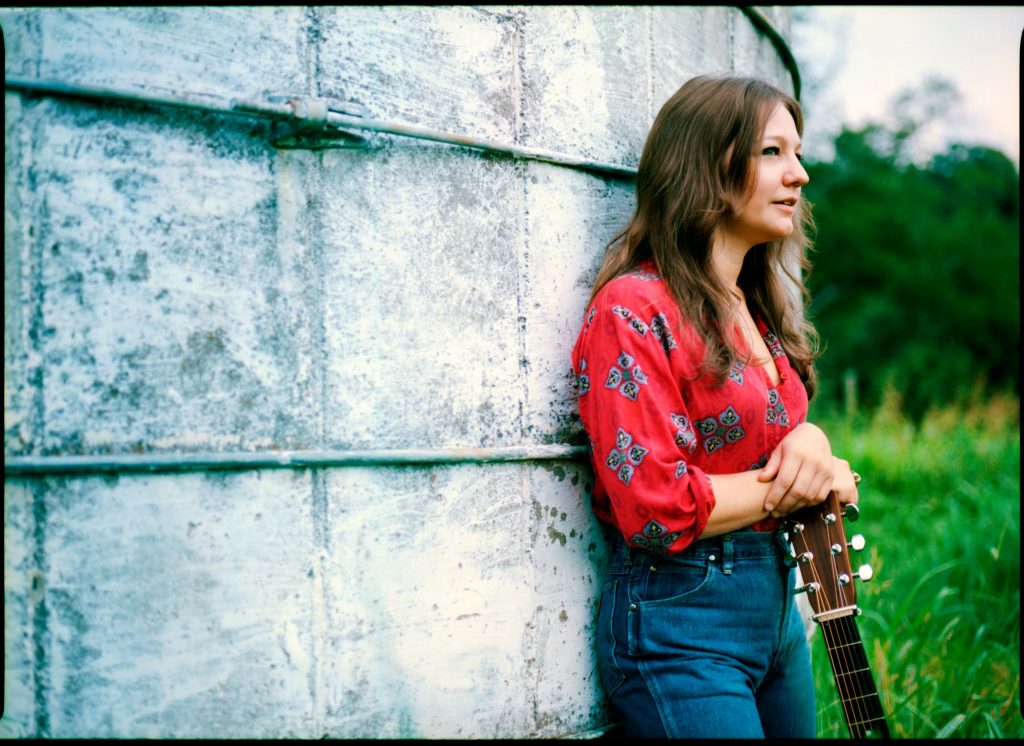