When Liz Cooper was visiting her family home in Baltimore for Christmas last year, she made a New Year’s resolution: Be as creative as possible for the next year—whether it’s painting, drawing, making music, or any other medium. Whereas most of us would have fallen off the wagon well before Valentine’s Day, Cooper shows no signs of faltering. “As soon as I came back [to Nashville], I just started hanging out at the house with Okey Dokey, Rayland Baxter, and The Weeks. All these people are over there all the time and are constantly being creative. This is a great spot for me to be right now. We’ve all just been writing together,” she says with a smile.

Her determination seems to be paying off, considering she’s just wrapped up the recording process for Liz Cooper & the Stampede’s first full-length album, the psych-rock-influenced Window Flowers, at the historic Welcome to 1979 Studios.

When I meet up with Cooper after her photo shoot, she’s unwaveringly warm and friendly, and it’s clear that she’s just generally pretty stoked to talk about playing music. “This spring, as the flowers are blooming, our Window Flowers will be blossoming as well,” she jokes. The
twenty-six-year-old, who recently celebrated her birthday, says her songwriting for her most ambitious project to date was influenced by upheaval—by straying from a clear life path and coming into her own musically in her early twenties. 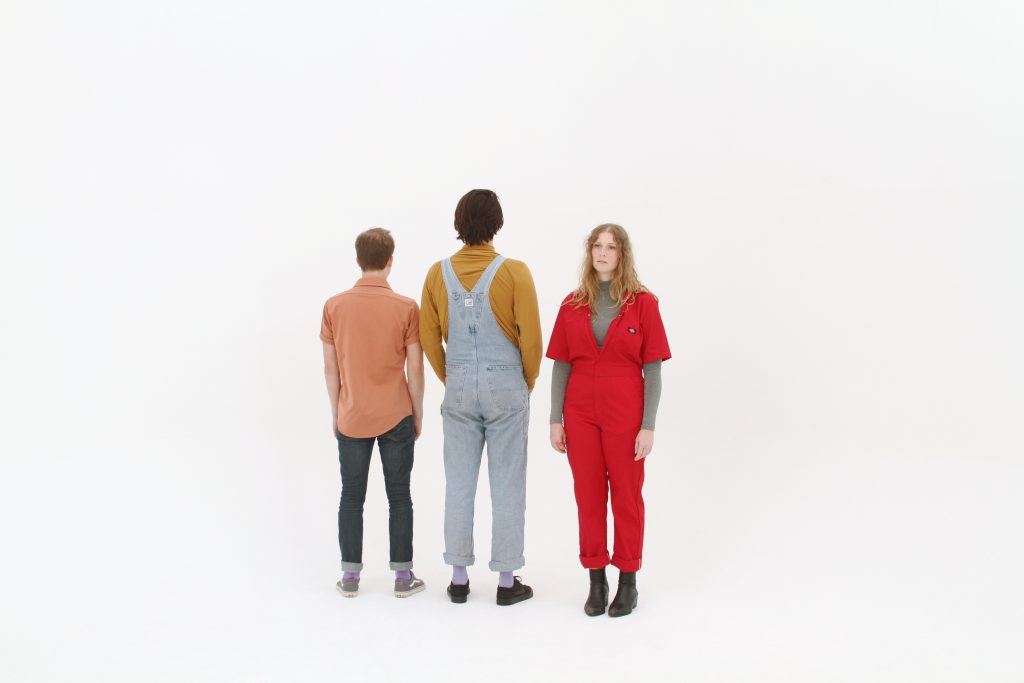 Cooper’s earliest music memories consist of running around backstage while her father played drums in small bands around the thirteen towns they lived in over the course of her childhood. Later, he introduced her to her most prominent musical touchstone—the sounds of the hippie movement that spanned the ’60s and ’70s, most notably The Grateful Dead. For anyone who’s been in the crowd at one of The Stampede’s live shows, this should come as no surprise: the band can easily carry songs to the eight-minute mark through extended jams that never feel tired or forced.

But long before Cooper picked up a guitar, she was what some would consider a golf prodigy. “I just had a natural swing and hand-eye coordination, which is why I think I can play guitar. I started playing when I was seven years old. I grew up working in the country clubs: in the pro shop, the restaurants, the grounds crews. I’ve raked hundreds of sand traps,” she says. “That was my main thing that I did, that was what I wanted to be when I grew up.”

Her golf record throughout high school was so impressive that it landed her a college scholarship, and all signs pointed toward a professional career on the greenway. But “as it got more and more serious, it wasn’t something that fulfilled me,” she says. “Everything in my life was pointing in the opposite direction—this isn’t right, this isn’t what you should do. As I got angrier and angrier and more confused, I started writing more songs. It was more of a challenge to me than golf. It’s more fun to be challenged than to do something that’s easy. That’s not life. It shouldn’t be easy; it’s not easy.” 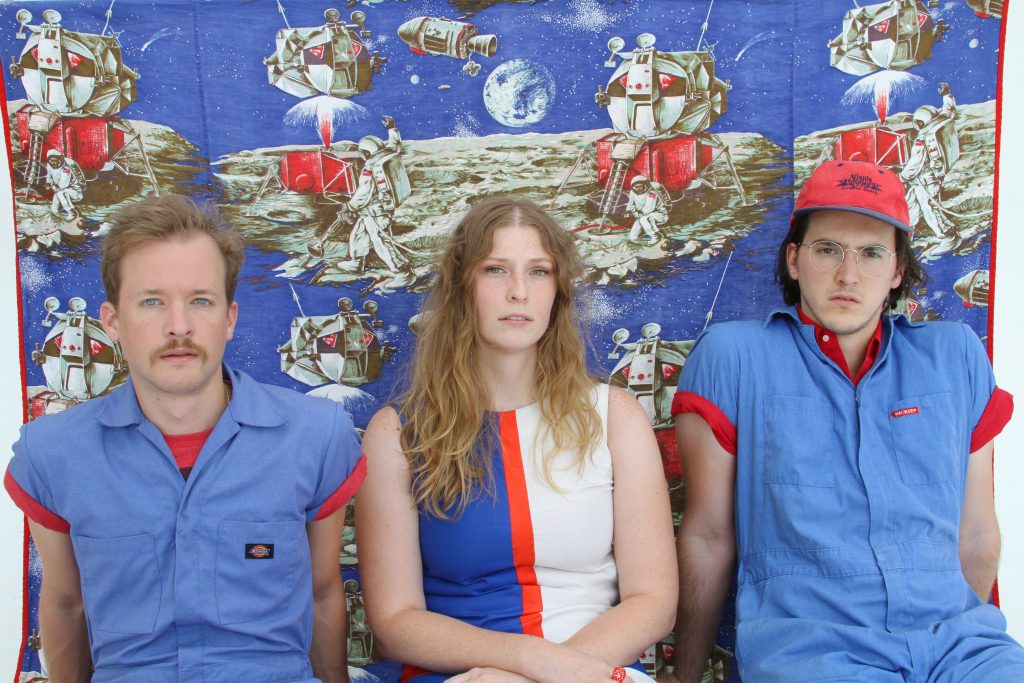 "It's more fun to be challenged than to do something that's easy. That's not life. It shouldn't be easy; it's not easy."

So without much of a concrete plan, the optimistic and determined Cooper made the move to Nashville in 2012. “I just ended up moving down here, and the people I lived with were fantastic. There was a psychic medium, a massage therapist, and a life coach, and we lived in Lily Tomlin’s old house in Green Hills . . . I think it was definitely haunted.”

Soon she recruited Ky Baker and Grant Prettyman to make up the powerhouse rhythm section of The Stampede. “When we first started playing music together, Ky would play as loud as he could, so that’s why I started playing electric guitar,” Cooper jokes. “We started playing in my basement together, and it just fit. We all just worked together in a cool way. We had no intention of being where we are now. We just love to play music.”

In the five years she’s been here, she’s found that the city, and especially the local DIY community, is definitely the right fit for her free-spirited approach to music. “It’s always nice when you have a supportive, close-knit friend group. The community in Nashville right now is crazy. I feel like I absorb all the time and learn from other people. It’s so much fun and everybody is uplifting. It’s cool because it can be competitive, but toward yourself. People put the fire under you.”

Each time I bring up Cooper’s music with friends around town, I almost always get the same reaction: a knowing nod and a reverent remark about her guitar playing. And I’ll admit, in a landscape where the skills of female guitar players are still underrated, this always makes me smile. When asked about her considerable talent, she demurs, saying, “I don’t know what I’m doing. People always ask about my guitar playing, how I do it, but I don’t know! I follow my ear and I pay attention to patterns of where my fingers are.” 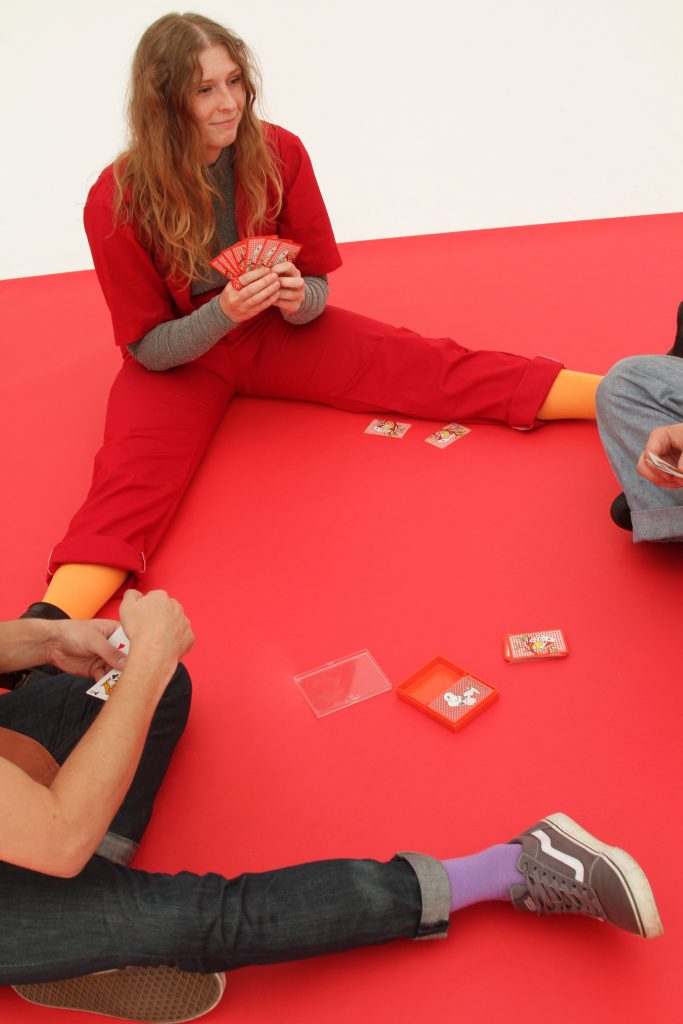 Cooper’s rasp-edged voice paired with her straightforward, personal lyrics lend a raw quality to her songs. In a previous statement, Baker described her songwriting as “darkly lit and reclusive,” which seems like a fitting description of 2014’s “Monsters,” but her more recent material has a warm and spacey current running throughout, especially when Prettyman jumps in to harmonize. “I won’t let you slip through the cracks in my mind,” she earnestly reassures in the reverb-soaked “Kaleidoscope Eyes,” a line that touches on her self-professed tendency to get lost in her own daydreams. At their live shows, it’s mesmerizing to experience how lush and expansive these tracks are with just three people on stage, especially on the menacingly bouncy “Fondly & Forever” (which brings to mind Grizzly Bear’s infectious “Two Weeks”), or the churning, hard-hitting groove of “Dalai Lama.”

As far as influences go, she cites the hippie movement that her freewheeling parents introduced her to, which leads to an endearingly hippie-influenced answer: “The ’60s, ’70s. Meeting people. My surroundings. Traveling. Jazz. Bossa nova. Random music that I’ll hear when I’m driving through random places in Colorado where there’s only one station, and it’s really strange and I’m stuck with it. Everything influences me.”

Although Cooper draws from a wide array of influences, she still manages to be an artist that is difficult to pin down—her refreshing blend of psych-rock and folk keeps her from neatly fitting into a well-tread category. Regardless of what you’d call her sound, people like it. She’s recently landed gigs at Austin City Limits, Audiotree Music Festival, and this month’s AmericanaFest.

But festival headlines aren’t what Cooper and her bandmates are ultimately after, she says. “I love music because of the way it makes me feel and the way that it makes other people feel. It makes people happy and it helps people. It’s helped me. That’s my little contribution: to help someone. That’s what I like to do.”