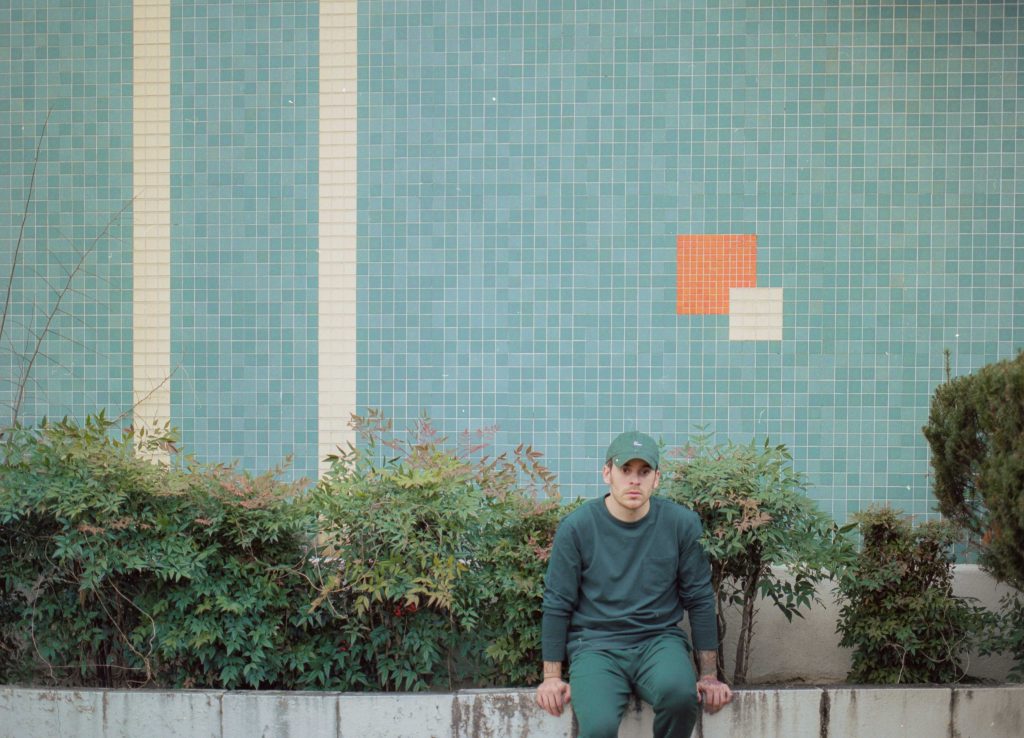 Jake Germany sets his phone on the table, screen down. “I keep my notifications on, which is probably a horrible idea,” he says, laughing. “But I just want to know what’s happening.” Just a couple of hours ago, Germany, who goes by the moniker Phangs, tweeted the cover art and release date of his new album, Happy Season, which sent his followers into a frenzy. And he’s got the push notifications to prove it.

Over the past year, Germany has made a name for himself as part of Nashville’s pop scene. He released his debut LP, Get in My Arms, last summer, and the Scene named his song “Always Been U,” which features his good friend and local R&B crooner R.LUM.R, the Best Pop Single of 2017.

I’m sitting across from Germany at The Post East, and the twenty-nine-year-old looks every bit the pop wunderkind. His chin-length blonde hair peeks out from beneath a baseball cap, and he opens his faux-shearling-lined jean jacket—which is adorned with a Kanye West pin—to reveal a Michael Jackson T-shirt. “I just love Michael Jackson,” he says, smiling. “It’ll never get old to me.”

Germany moved to Nashville from Texas five years ago with his band Cardboard Kids, a four-piece rock outfit that’s more Black Keys than anything on pop radio. In his spare time, though, Germany made tracks for other artists that sounded more like what he listened to as a kid. Every weekend, his mom would sit him on the couch and crank up their boom box while she vacuumed the living room, and she’d sing along to Mariah Carey and Janet Jackson. When he decided to keep some of the tracks for himself and give his own project a shot, he had those days in mind. “I really was just kind of chasing, I don’t know, that feeling: the feeling of my mom vacuuming,” says Germany. “I wanted music to feel that way for me. It wasn’t about the sounds or the lyrics or the melodies as much as just that feeling.”

Germany first started playing music in the middle school band, which he hated. He tried out at his parents’ insistence and was assigned to play saxophone. “I was like, ‘No, I’m a drummer,’ and they’re like, ‘No, you’re not,’” he says. By the time he got to high school, he quit the band but picked up guitar on his own. If he neglected his studies, his parents would ground him and forbid him to play. So he taught himself to play piano. After they disallowed that, he figured out how to program drums on his computer. “So me being a bad student made me a better musician, but it stressed my parents out,” he says, laughing.

Germany’s passion at the time, however, was soccer. He started at four years old and played all the way through his first year of college, with ambitions of going pro. As his love of music grew, he switched gears, but he is as infatuated with sneakers as ever, which he attributes to his years spent on the field.

“You use your feet the whole time and so you care about what shoes you put on your feet as a soccer player,” he says. “It’s like a joke in the soccer world that the only way that soccer players express themselves, especially when I was younger, was cool shoes and crazy hair.” As a kid, he mowed lawns so he could buy shoes, and he collected pro soccer jerseys to trade with friends the way some kids traded Pokémon cards. He’s even holding his record release show at ROOTED, a local sneaker and clothing store. “Like, these shoes are ridiculous right now,” he says, pointing down to a pair of rainbow Nikes. “But that’s what I am about.” 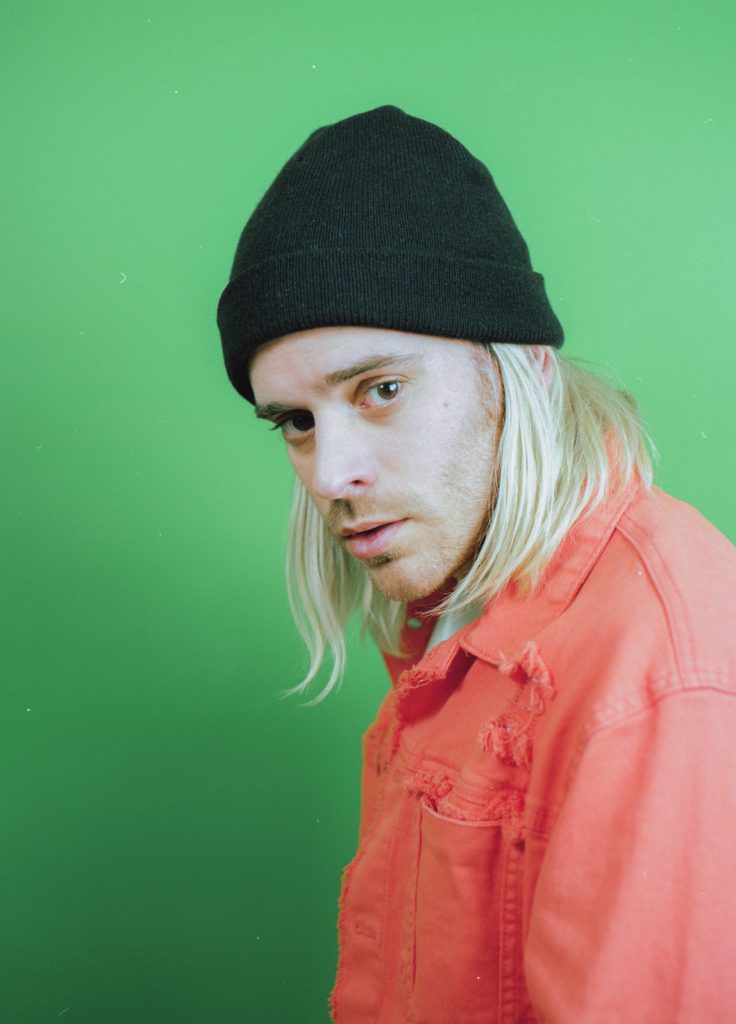 Germany has a way of incorporating his various passions into his work. When he chose the name Phangs, he was inspired by one of his favorite comic books, Saga, in which people inhabit a comet called Phang, and also in part by the name of Hagrid’s dog, Fang, in the Harry Potter series. He doesn’t have a manager or a booking agent. He designs his own graphics, books his own shows, and carefully curates his Instagram—designing his own distinct border for photos—all on his own. Everything he does with Phangs is focused and purposeful, which also comes across in the music. And by being himself he’s found many like-minded collaborators.

Germany co-produced Happy Season with brother-sister duo Truitt (made up of Brett and Brigetta Truitt), whom he met during a writing session for another artist. In that session, they worked on album closer, “Dry Eyes,” a triumphant, better-off-without-you breakup song thatfeatures guest vocals from Brigetta. Germany asked if he could keep the track for himself, and the three kept writing. Before they knew it, they were making an album.

The record marks a sonic progression from Germany’s previous release, boasting the same pop sheen but with deeper grooves and bigger beats. Germany, who is now engaged, also sounds happier. “I just went through this breakup before all of this, and I was dealing with all of that. I have this issue sometimes where I don’t allow myself to really feel or deal with the things I need to deal with,” he says. “I just kind of push it to the side and keep going and try to stay busy.”

While talking to his friend and Atlantic Records A&R Consultant Chris Cline about his next move, Cline said he was ready for Germany’s happy season. Germany kept that phrase in mind while writing. “It’s almost like that other album had to exist for me to deal with all that stuff—for me to realize how awesome things are now. So I just kind of went into it wanting to bottle up that feeling,” he says. 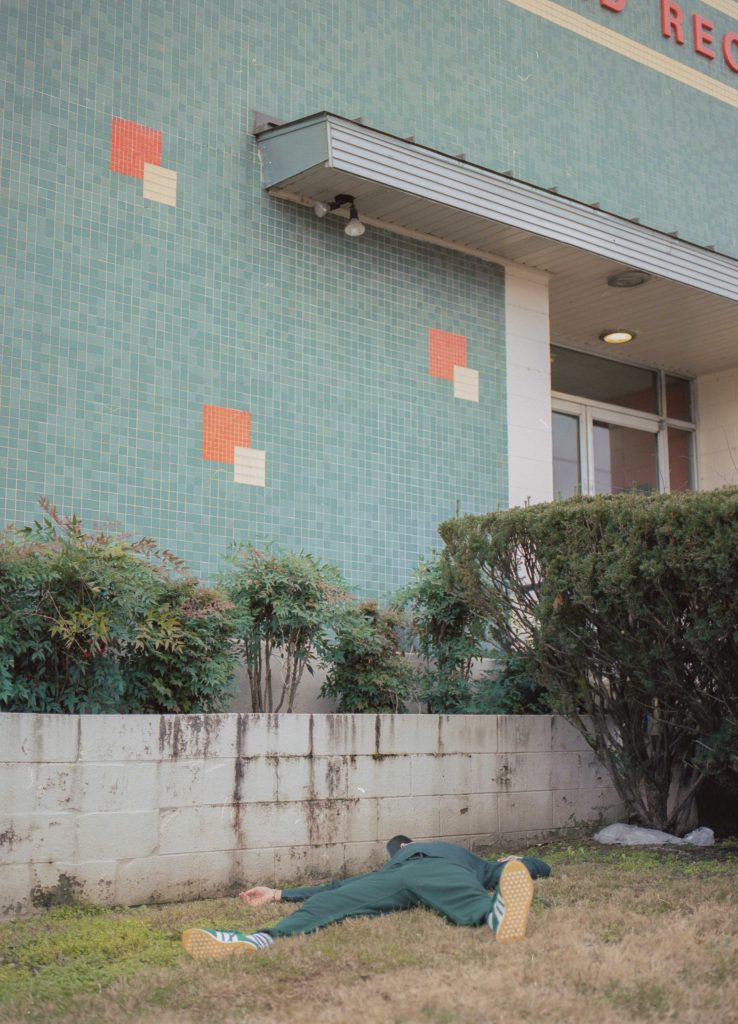 On standout track “Good Now,” Germany, over hand claps and a tropical house beat, sings: “I’m higher than I’ve ever been, afraid to come down / But you take my hand, you make me think that maybe things are good now.” Lead single “Eyes Off You” is an ode to Germany’s fiancée, with breezy vocals bolstered by a pulsating synthesized bassline. While recording, he was influenced by a number of contemporary artists like Calvin Harris and Carly Rae Jepsen, as well as music he listened to growing up, like Michael Jackson’s Off the Wall. “Eye to Eye,”a song by fictional pop star Powerline from A Goofy Movie, also emerged as an unlikely influence from childhood (he tweeted about his fondness for the character once and has since been gifted numerous Powerline tour T-shirts).

Later this week, Germany will embark on the second leg of Phangs’ latest tour: a string of house shows that’ll run from Arkansas all the way to California. A few fans requested via Twitter that he play at their houses, and one day he jokingly replied to one of them with his price. Before he knew it, he had hundreds of direct messages. “I tweeted and was like, ‘Wait, is this for real?’ Like,  ‘Are we about to do a house tour?’” he says. “And all these people were just like, ‘Yes’. . .And so I was driving back from Memphis, which is where my fiancée’s from, and I asked her to drive so I could just be on my phone for a second, and I routed out two legs of a tour through the cities these people were interested in.”

Normally his live shows include a full band, but for this tour he’s going it alone with just an electric guitar and some pedals. It’s a lot of work, but Germany says the connections he’s forged with fans make it all worth it. “I remember I played one of the new songs called ‘I Forgot You,’” he says. “It was in Birmingham, and there was a girl there who came with a friend. She didn’t even know who I was, and I was playing the song and I had my eyes shut, and when I opened my eyes and finished it, I just for some reason saw her face first and she was bawling . . . You don’t get to have that experience anywhere else.”

Germany glances at his phone, which, had it not been set on silent, likely would have rung countless times by now. He and his fans—who call themselves the Pham—are in this together. “I know that it sounds cliché and I know everybody says it, but more than anybody else that I know of, I cannot do this without these people,” he says. “I don’t have a team. My team is me and the Internet and the people who care about it on the Internet . . . We’re all just trying to make something cool.”

If the excitement surrounding Happy Season and the house tour is any indication, Germany and the Pham are off to a pretty good start.