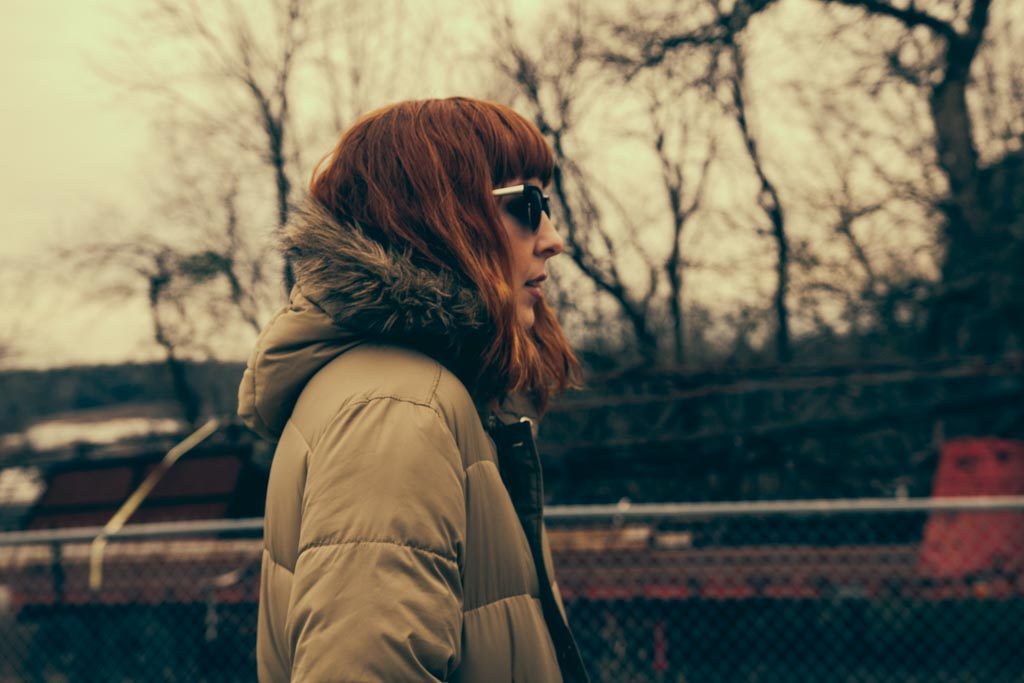 Brooke Waggoner’s ﬁfteen-month-old son is crawling across the kitchen ﬂoor, headed for a toy that’s against the wall. He reaches it and triumphantly slams his ﬁst into a red button. A song erupts. He smiles and looks up at his mom, laughing. When the song stops, he presses it again. And again. And again.

This is nothing new, really. Music has always been a part of Brooke’s household. A classical musician and left-ofcenter pop songwriter who began taking piano lessons at four years old, she’s logged nearly three decades in front of the ivories. Her son is still too young to carry on the family tradition, but there’s something comforting about his interest in his mom’s job. He was born the day she ﬁnished recording vocals for her newest album, and the entire record— Sweven, which borrows its title from an archaic English term—focuses on themes like childhood and the passage of time.

“It means ‘vision,’ as in a futuristic, dreamlike state,” she says. “I thought it
was a great word to use for both the title track—which almost sounds like a lullaby—and the whole record, which deals with aging and childhood. It’s about referencing your childhood in order to move forward.” Perhaps it’s best, then, to explain Brooke Waggoner’s story by dialing back the clock, focusing not just on the present but on everything that led to it. 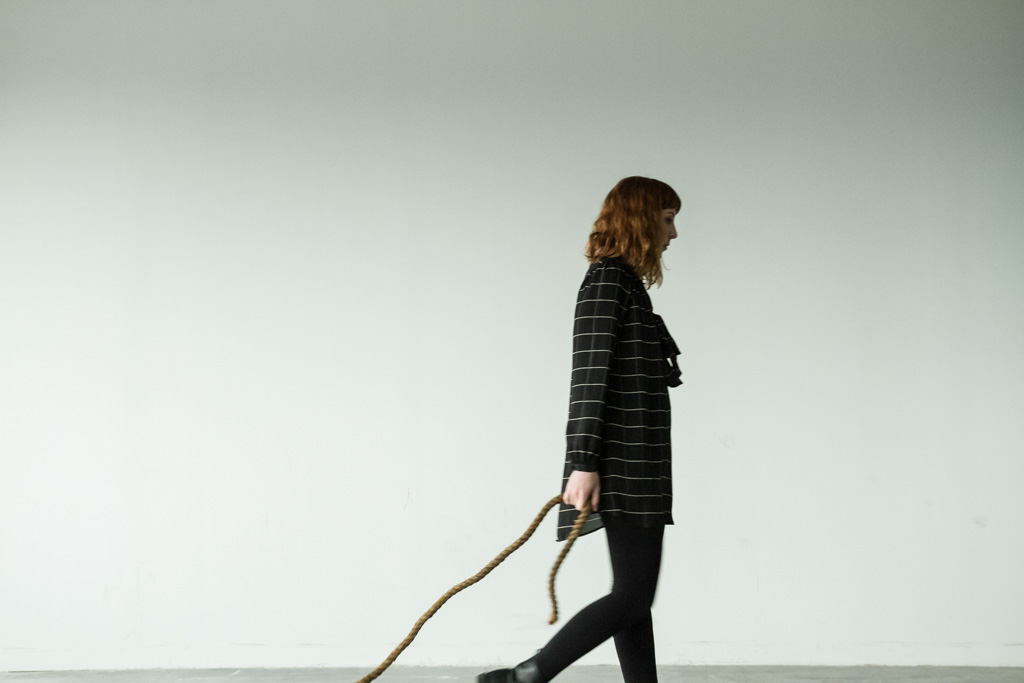 Brooke is moving her keyboards into an apartment oﬀ Edmondson Pike. It’s the middle of the summer, and the air is thick and sticky. Still, it doesn’t feel nearly as humid as it did in Baton Rouge, where Brooke spent her previous four years studying classical composition and orchestration at LSU.

“It was a really good time to move to Nashville,” she says one decade later, now living in a home in Sylvan Park with her husband and toddler. “As a musician, you didn’t have to ﬁght so much for attention. It was an organic process. You play a bar, people connect to it, and they keep coming back. It was that simple, and I was pleasantly surprised at how much people seemed to connect with my music, because I don’t play guitar and I don’t write anything that’s Americana or remotely country. I just came in and started doing my thing, without even understanding the scene I was working in. I was that ignorant—or maybe that lucky.”

Humility aside, luck didn’t have much to do with it. Raised in southern Louisiana as a classical pianist, Brooke spent a big chunk of her childhood in lessons, learning how to properly place her hands and straighten her back. That made her something of an anomaly in Bayou Vista, a ﬁshing town where, as she says, “everybody graduates high school and works oﬀshore.” Brooke had diﬀerent plans, moving seventy miles north and enrolling at the LSU School of Music.

Things were diﬀerent in Baton Rouge. Looking to immerse herself in the local scene, she began going to screamo and hardcore shows, where the music was worlds away from her classical background.

“It was such a 180 from my own experience,” she remembers. “Coming out of such a rigid world—perfect posture at the piano, always wearing black—and then seeing these people being so uninhibited was incredible. I was watching somebody bleed and sweat and lose his mind onstage. All of that was happening in tandem with school, where I was learning how to write parts for an entire symphony. It was great.”

"I was that ignorant—or maybe that lucky."

Three years after moving to Nashville, Brooke’s songwriting career is taking oﬀ. Once again, she’s become an anomaly in her own town, bucking Music City’s fascination with twang and testosterone by carving out a sound that’s orchestral, ornate, and pop-inﬂuenced, with piano serving as the main instrument. She’s also quit her job at a local urinalysis clinic, a gig she’ll later describe as “great motivation to get this music thing going.” Work is better these days, with Brooke paying the bills as a road warrior.

The months go by. Brooke tours with emo bands and pop rock stars. She opens a long line of shows for Owl City. Those particular shows are packed—this is 2009, after all, and Owl City’s Adam Young has just made the jump from Internet phenomenon to multiplatinum heartthrob—and while the audiences don’t exactly look like Brooke’s ideal crowd, she tries to make the most of it.

“It was a young audience,” she now remembers. “All teens, all girls. Initially I thought, This can be really cool. It can be a cool thing. I remember being thirteen, and I might’ve been interested in seeing a chick on the piano back then.”

If only. Most of the girls’ excitement is saved for Owl City, and Brooke ﬁnds herself playing to crowds who couldn’t care less. They don’t seem to understand her music. Even the merchandise confuses them. Every night, some tween mistakes the vinyl copies of her newest album, Go Easy Little Doves, for calendars. It’s enough to make her miss home.

Whenever Brooke gets in front of a more mature audience, though, she dazzles. Her music is poppy and progressive, fueled by brass, symphonic strings, and plenty of double-ﬁsted blasts of ivory. It’s for people who want to think as well as swoon. Back home in Nashville, she takes meetings with multiple labels, including Warner, Atlantic, Universal, and Decca. People want to sign her, but she’s not so sure she wants to sign with them. No one really seems like the perfect ﬁt.

“They wanted a lot of control,” she recalls. “It was a compliment—they saw a lot of potential, so they wanted to get on board early—but it was really not best for me. The longevity wasn’t there. They wanted to get their hands in everything. The publishing. The rights to my masters. Even a say-so in production. I was thinking, I don’t even know you. How do I know your tastes? How do you know what’s best for me? We’ve had two meetings, and you’ve only heard one album. I’m not anti-labels. I’m not even anti-big-labels. But I do think my story was a sparing. The label thing never panned out for me, and looking back, I was spared. And I’m grateful for that.”

Rather than sign with a label, Brooke puts together her own team. She ﬁnds a management group and lands a publicist. She signs up with a booking agent. When one of her songs, “Fresh Pair of Eyes,” winds up in an episode of Pretty Little Liars, her fan base explodes overnight, giving her the sort of attention most major-label acts receive. Except Brooke isn’t on a major label. She’s happily independent. And she’ll stay that way for years, even while touring the globe with one of the biggest mainstream rockers of the twenty-ﬁrst century. 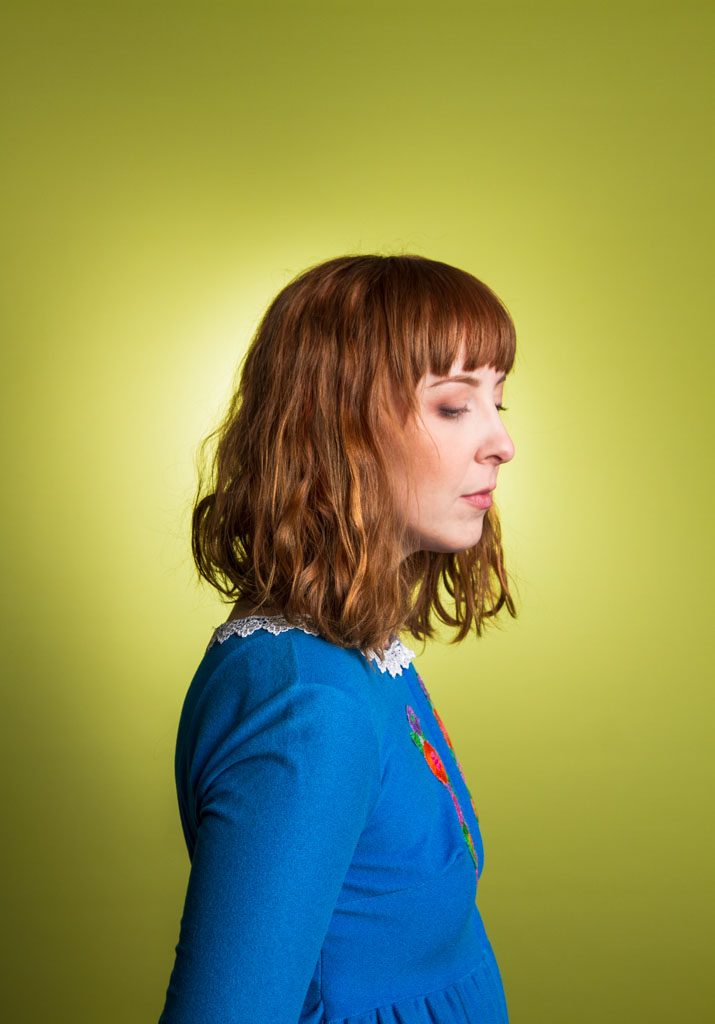 Brooke is halfway across the world, playing keyboards as a full-time member of Jack White’s band. Their partnership began in 2011, when White recruited some Nashvillearea musicians to play on his ﬁrst solo album, Blunderbuss. What began as a day-long session gig quickly snowballed into something much bigger, with Brooke playing on the entire album. When it came time for White to hit the road, it only made sense that he bring along the keyboardist who originated the parts on his album.

“It’s the only sideman gig I’ve ever done,” she says now. “It really spiraled too. At ﬁrst I just thought I was going to do a session, and then I realized we were going to make a record, and then that turned into a tour, and then it turned into a year and a half of tour dates. And then a second record! So it just kept going.”

Technically, Brooke was part of two diﬀerent backing bands: one comprised entirely of females and the other ﬁlled with men. White would alternate between those lineups throughout the tour. On the surface, it seemed like another White Stripes–worthy marketing move—like dressing up with Meg White in red and black clothing, maybe—but Brooke insists there was a musical diﬀerence too.

“It was unique to play with so many women who were truly amazing at their instruments,” she says. “Not to be harsh on my sex, but you don’t encounter that a ton. It’s still a fairly male-dominated scene. And you could really tell the diﬀerence between the two bands, which is the crazy part about it. With the guys, you could feel aggression. Competition. Intense testosterone. With the females, there was deﬁnitely a sensibility to it that I thought was really interesting. A lot more give-and-take. I don’t think one band was better than the other. It was just diﬀerent, and that was cool to see. And the best thing about it is I walked away from the projects with great respect for sidemen.”

She walked away with a plan too: to attack her solo career with new ﬁre and focus. 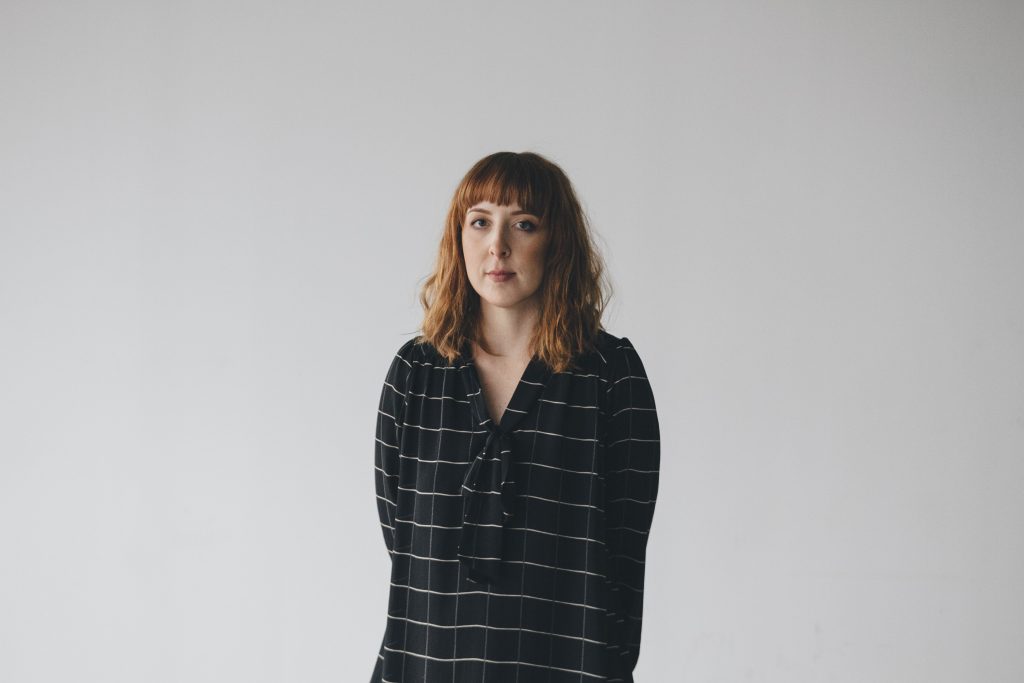 Brooke is gearing up for a short winter tour in support of Sweven’s release. It’s her best album to date, ﬁlled with envelope-pushing songs that were originally written as instrumental numbers. Along the way, she added vocals to many of the tracks, resulting in a record that jumps between the classical and the contemporary. There’s lo-ﬁ garage gospel (“Widow Maker”) and pretty piano balladry (“Eggshells”). There’s music rooted in mood and music rooted in melody. There are gorgeous string arrangements written by Brooke and sparse, sparkling guitar riﬀs played by her brother. Written and recorded during her pregnancy, Sweven ﬁnds Brooke in a reﬂective mood, looking back at the past while still moving forward. Maybe that’s why it’s her best too. It doesn’t sound stuck in time.

“When I wrote these songs, I thought a lot about my son listening to them one day,” she says, her words soundtracked by the sound of her son pushing that red button over and over. “That played a big role. I wanted to make something he’d be proud of. When you zoom out of yourself and see it through the lens of your family, you get a broader perspective of what you can and should say. A broader perspective of what you should do. And I wanted to make something we could all love, both now and years from now.”
-N 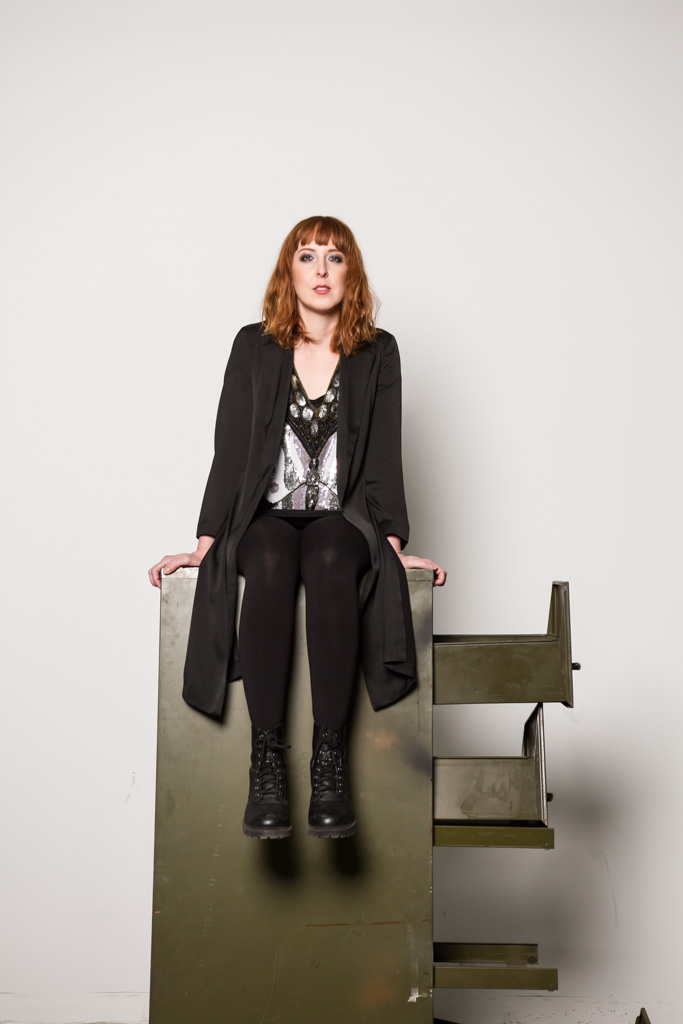