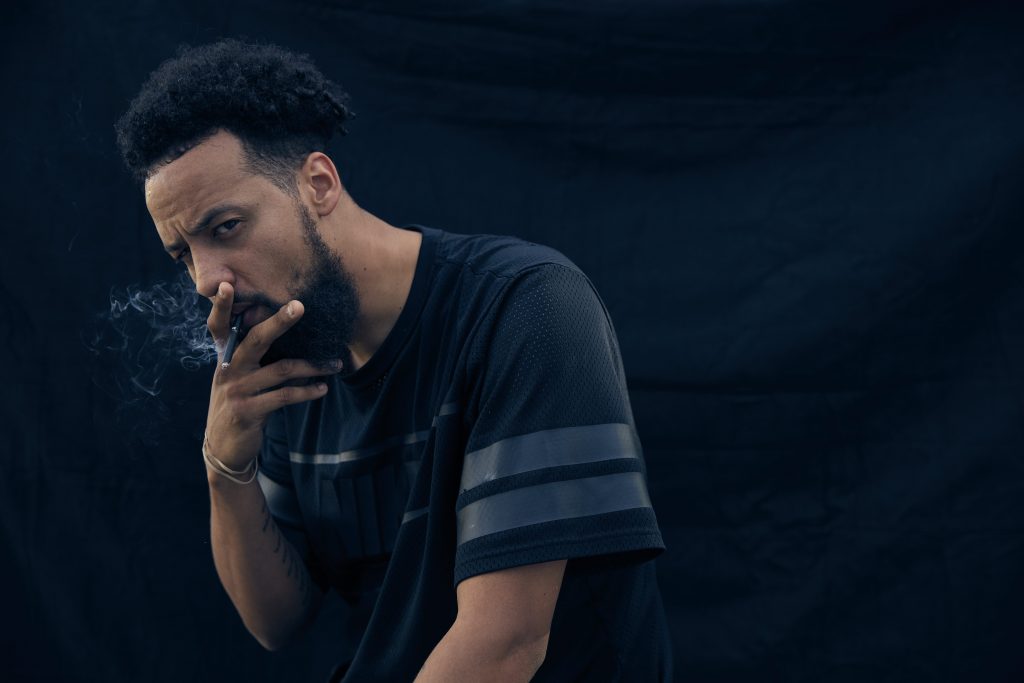 I FIRST BECAME AWARE OF STAN AND HIS MUSIC IN 2012: while scrolling the interwebs during another late-night session of online music browsing, I stumbled across the rapper’s debut single, “Reality Rap,” a song that is a visceral reaction to the chaos of urban poverty. In it, STAN tackles the conditions of everyday life in his neighborhood and community with a commanding, matter-of-fact eloquence that’s just as arresting to witness today as it was then. “Reality Rap” was the centerpiece of STAN’s debut effort, Here You Go, an EP that, though criminally underrated, helped cement his place as one the most lyrical and thoughtful emcees in the local rap scene.

Fast-forward to 2016, and STAN and I are hanging out at my house as he animatedly explains the origins behind “Reality Rap.” At times in our conversation, he’s laid back and stoic. At others, he’s almost bouncing off the walls, his six-foot-six frame filling the room as he excitedly leans in or gesticulates. Like a true Gemini, STAN has many sides, all of which he wears on his sleeve. Over the years as we’ve become acquaintances, I’ve witnessed his expressive personality in person, on stage, through his music, and online via his various social media accounts. Summed up, he’s one part social commentator and one part natural-born comedian. What he isn’t is dull.

STAN recalls that the idea for “Reality Rap” hit him unexpectedly while riding around his neighborhood with a friend. Suddenly, he switches from relaying the story to rapping the opening bars of the song: “Every day I wake up, there’s another liquor store. Or a trap spot. What we living for? / The hood’s mascot’s a bum walking pigeon-toed. Brown paper bag in his hand, watch him sip it slow.” He paints a harsh and vivid reality, injecting it with his own sharp insights. 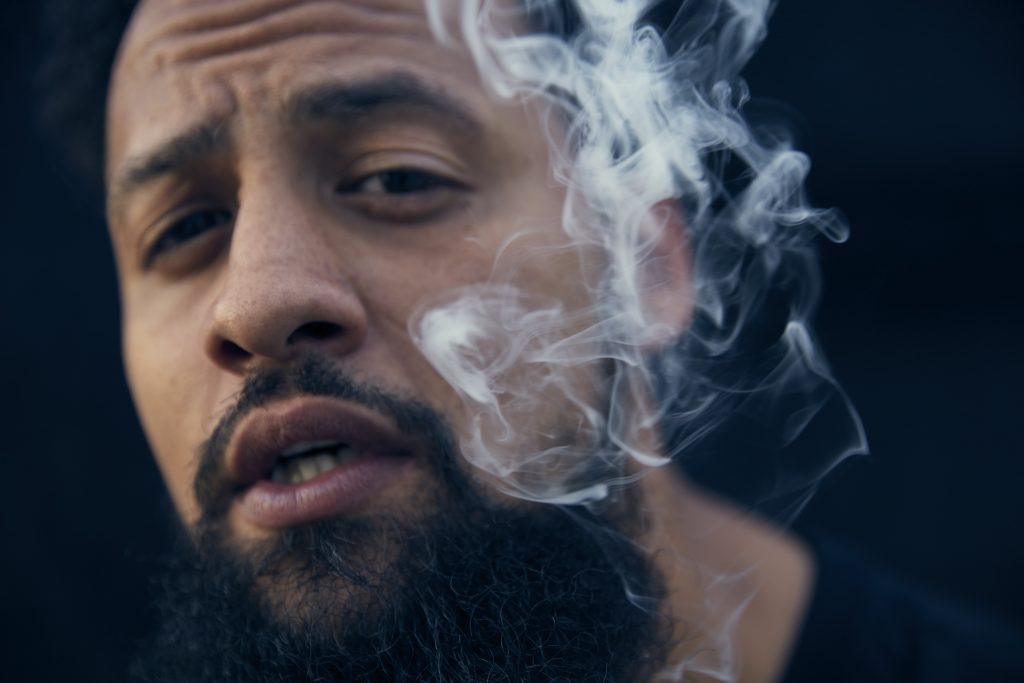 Stan Bender, or simply STAN, as he’s known by friends and supporters, was born and raised in East Nashville, growing up in James A. Cayce Homes. Though his neighborhood was rough, he remembers a tight-knit community where his neighbors looked out for one another. STAN was raised by a single mother whom he describes as his “inspiration for being a better man. She taught me everything I know.”

He grew up with numerous siblings; his younger brother, Petty, is another regular in the hip-hop community. Both brothers are natural talents, gifted and passionate personalities who have become beloved fixtures locally through years of countless shows, endless recordings, and tireless promotion (of both their music and peers). It’s safe to say that the two have strong musical genes, so it comes as no surprise when STAN tells me that his grandfather was also a musician. He’s not entirely sure what type of music his grandfather made, but he describes a humorous story of a childhood version of his uncle scribbling in his grandfather’s sheet music and blaming it on his father, a misdeed his father received a wrongful whipping for.

As for STAN, he didn’t start focusing on music until high school. Rather, he’s always been obsessed with writing. He recounts penning scripts for church plays as a young kid, and he has written poetry for most of his life. It wasn’t until he grew older that his favorite rappers sparked a passion in him for songwriting, one that has evolved and matured over his years of making music. 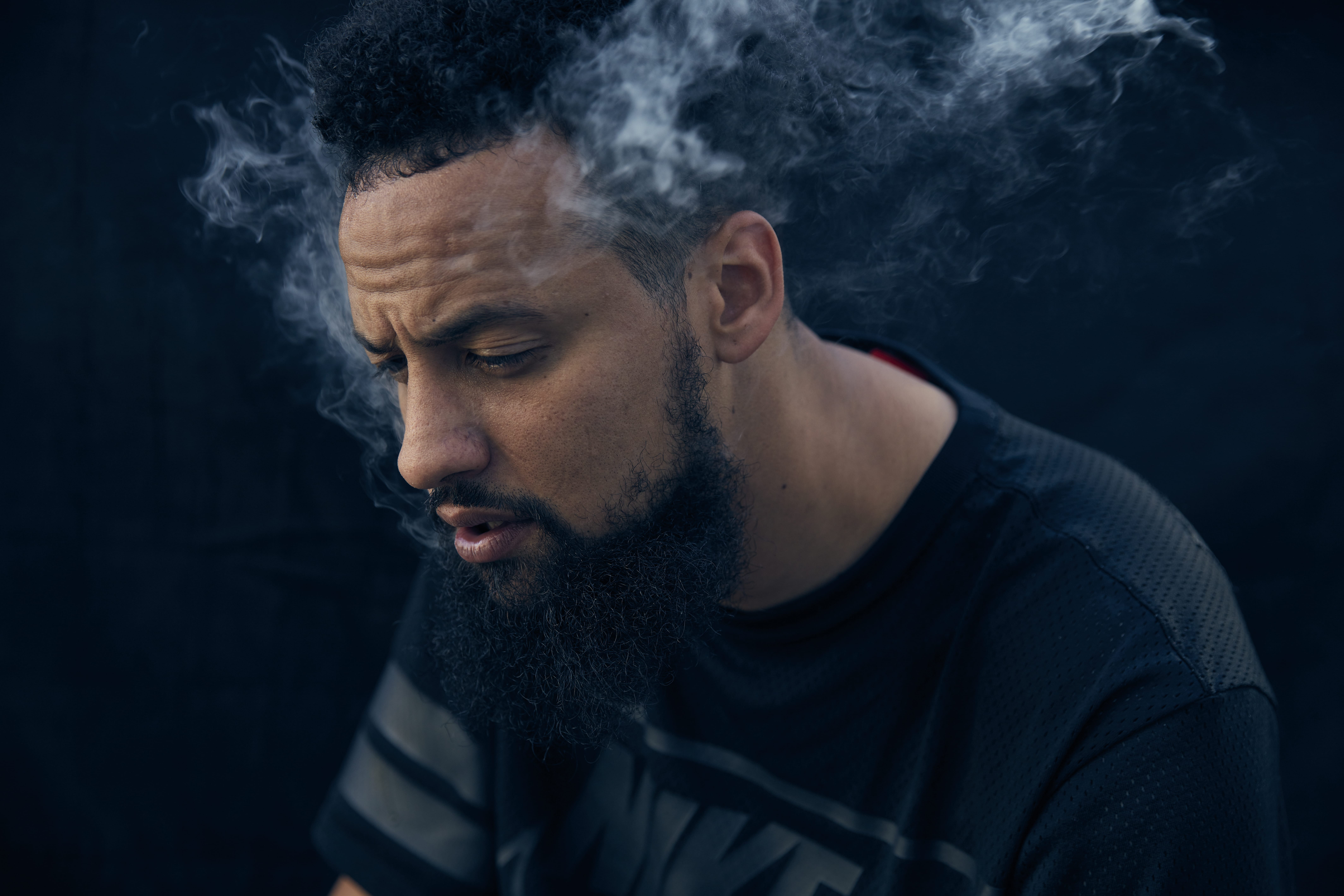 Following the positive local response to 2012’s Here You Go, STAN began to perform at shows and open mics. He quickly honed his skills as a live artist, along the way cultivating a small but ardent fan base in a scene that was just beginning to flourish. Momentum was building, and in 2013 the rapper began preparing a follow-up to Here You Go with a close friend and producer. But things did not go as intended.

“I had a project that I was set to release with a guy. We worked hard on it and did shows. People were getting familiar with the music and the songs, but it all got taken away due to a misunderstanding,” he explains, still visibly regretful. “We were like brothers, but we had an altercation. It was so small, something that adults should be able to see through.” Unfortunately, the two were not able to reconcile their differences. “He ended up moving to Atlanta, and legally, I wasn’t able to release the songs.”

The falling out with a close friend and the cancellation of his project had a lingering effect on STAN. “The music got taken away, and everything I made after that was real dark and just negative. I was in a negative mindspace. And [getting over it] took me literally two and a half years of writing, going through two and a half [years’ worth of] compositions, like venting. I feel like I was venting too much about my issues and not being relatable.” He pauses before continuing with a wry chuckle, “So I just said fuck it and I released ‘Nancy Kerrigan,’ and people liked that record a lot.”

STAN’s 2014 single “Nancy Kerrigan,” named after the controversial ’90s Olympic figure skater, is full of the antagonism and frustration that plagued the rapper at the time. He starts the single with the line, “Lately I’ve been like ‘fuck the world,’ I don’t care about anything,” and closes the hook with, “And when I’m done, I never care again,” a playful and cynical twist on the song’s namesake, Kerrigan. The track is no doubt the result of one of STAN’s countless “venting” sessions, but it’s full of humorous, taunting wordplay, and the lines are delivered with a sly yet aggressive tone.

“Nancy Kerrigan” was well-received by listeners, as were subsequent singles, many of which contained the same semi-confrontational swagger. Over the next couple of years, STAN developed a penchant for releasing stream-of-consciousness singles and freestyles, some over original production, others covering popular or classic hip-hop beats. He also gained a reputation for holding back material and taking down tracks as unexpectedly as he would record and upload them. His unpredictability might have occasionally confused and frustrated supporters and onlookers, but his passion remained unquestionable. 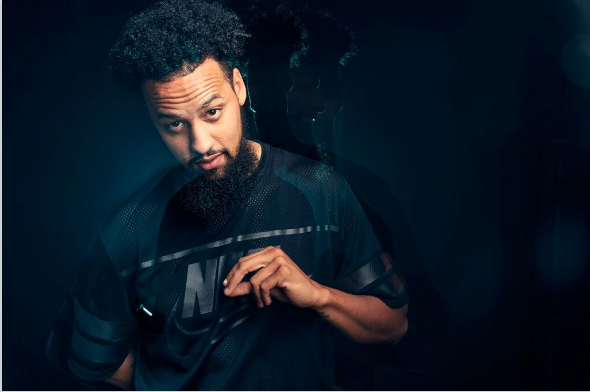 STAN continued as an active presence in the city, regularly performing live and promoting and hosting other artists’ events. Over the years, he’s become a vocal believer in the increasingly abundant pool of homegrown talent, and he believes Nashville’s growing, diverse, and multilayered rap scene is on the cusp of national notoriety. (He may be right.) Like much of the city, the scene is experiencing a renaissance. That being said, many in the fast-paced New Nashville still have yet to take notice.

“It’s Music City,” he reminds me. “Not because of country music. It’s because you have so many different genres and types of artists, so many different walks of life in one area.” His voice swells with a native’s pride as he enthusiastically speaks. “You can go to a rap show, a rock show, bluegrass . . .” He swiftly trails off without notice. All at once, he’s calm and subdued, before adding mindfully, “So I really encourage people to go to a show they’ve never seen before. Or listen to music they’ve never heard.”

It’s this longstanding, shared belief in what he and his peers have to offer that has fueled STAN’s rebound from the negative space he previously described. In January he had a creative epiphany while sitting on the porch alongside his brother Petty and long- time friend and fellow rapper, Sofa Brown. “We had beats playing and just started freestyling. And they were like, ‘Bro, what are you doing? Is this still not the dream? Why are you sitting on this hamster wheel?’ So since then, I’ve made seventeen or eighteen records. It’s pretty dope.” 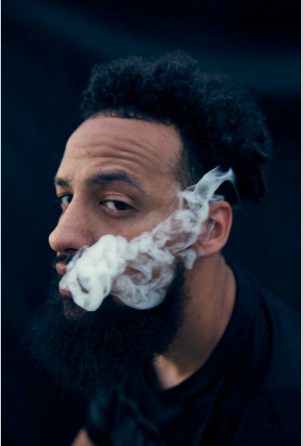 The reinvigorated STAN has begun work on a new album, The Calm, and he recently debuted the first single, “Wait.” The song alludes to much of the drama of the past several years while offering fresh hope for the future. “Honestly, I’ve noticed my influence and how people naturally gravitate towards me,” he admits. STAN’s no longer taking things for granted. “I wanna do something for all those who have believed in me this whole time,” he explains.

He divulges detailed plans for an intimate album release, describing a physical bundle that includes a hat, tee, and a CD with a barcode that scans a documentary of the making of the record straight to your smartphone. All of this will be available only through pre-order, each item will be hand numbered, and he intends to personally deliver every purchase. After his supporters who cop the pre-order have had adequate time to enjoy the record, he’ll finally release it digitally for all to hear, along- side a release show with free admission for all who pre-ordered.

He also excitedly alludes to future goals, hinting at a follow-up to The Calm and maybe even a trilogy. In fact, he dispenses half-finished ideas and aspirations with such enthusiasm that it’s downright infectious. The rapper seems to finally be firing on all cylinders again, a sign that bodes well for everyone. STAN has a special knack for connecting with others emotionally. At his most upbeat, it’s nothing short of motivating.