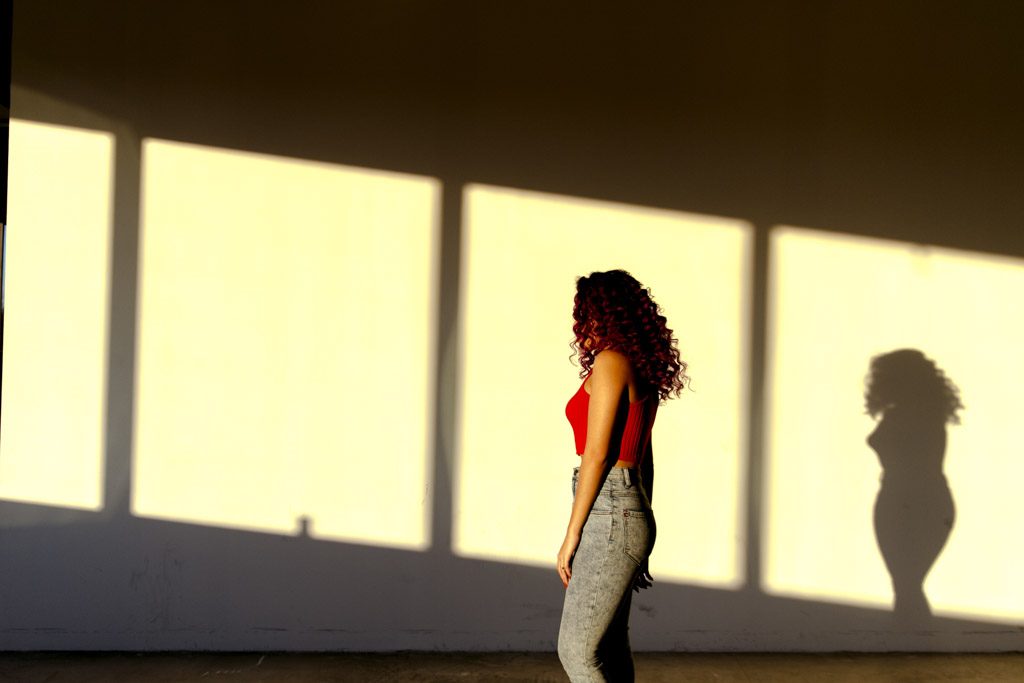 Unless you’re picturing a five-foot-two pop pixie with a Nicki Minaj likeness and swagger straight off an early Beyoncé solo disc, I had you fooled.

I’d like to introduce you to Milly Roze and by extension, an entire part of the music industry widely overlooked in this part of the country. Like the city itself, Nashville’s pop scene is growing and finding its place alongside country superstars and rock’s underground gods. This is R&B Nashville, hip-hop Nashville. This is a part of the musical spectrum enveloped by popular music—or pop, to most of us.

Milly is the perfect ambassador for the outside world looking in. Wisconsin-born with a Korean grandmother, white grandfather, and African-American father, she gives her community a story to root for. She also has the talent and poise needed to turn that support into success.

Milly Roze, of course, is the stage persona of Emily Young, the quietly confident John Overton High School graduate raised by a determined single mother, a musician herself.

“I never met my father, which had a huge impact on me growing up because my mom had to be Mom and Dad,” Milly tells me over coffee in East Nashville. “She did everything she could to make sure I was involved in all the different things and activities. That’s where the music thing came in. Because she loved music and played music and because she knew I loved it so much.”

Milly and her mother, Mary, moved to Nashville when she was five years old. There isn’t anything complicated about it: the two moved south to be in Music City. This theme of music as a guiding path is a constant one in the story of twenty-three-year-old Milly and her guitarist mother. 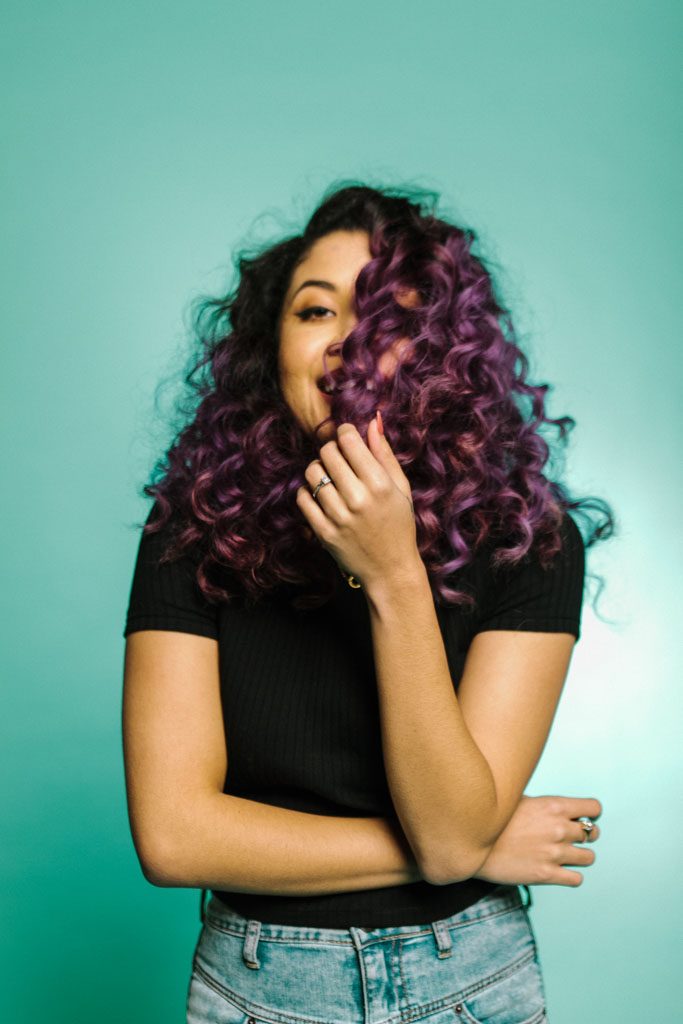 “I remember going to jam sessions with my mom. I would take my coloring book and sit around while they played, totally immersed in [music],” says Milly.

“She never did anything professionally or anything like that. She did it for fun. And that was the most inspiring part of it. She would just walk into a bar, take her guitar, and ask the owner or manager if she could get up and play. She didn’t care if she was paid.”

Mary seems to have had a highly positiveimpact on her daughter in terms of interests, drive, and creative fuel. She did not graduate high school and was a single parent, and yet her daughter never wanted for much. Milly wanted to take music lessons. Her mother found a way. She needed a piano for practice. Her mother found a grand piano and put it in their tiny apartment.

Call it moxie, determination, spunk— or “chutzpah,” as I put it to Milly. Mary Young instilled a confidence in her daughter unseen in many young women from humble beginnings.

Her daughter’s inherent talent led the two to the W.O. Smith Music School. Now located on 8th Avenue, Milly saw the school grow from a tiny five-room bungalow to the beautiful glass-en- closed building it is today. At their afterschool programs, Milly indulged her interest in vocals through choir lessons and took piano lessons from twelve years old until she graduated at eighteen (students age out after high school graduation).

Toward the end of her education at W.O. Smith, Emily Young became Milly Roze. She admits to floundering as she searched for her voice and found her style. She was no longer a member of her a capella girl group KEP Infinity (“we thought we were absolutely it in our sparkly, matching Destiny’s Child, 3LW outfits”), and she was about to transition from high school student, cheerleader, and W.O. Smith music student to an aspiring solo performer and writer.

While Milly is simply a nickname derived from her given name, it’s the Roze that defines the performer associated with the moniker. “There’s something about the beauty of a rose,” says Milly. “It’s this beautiful thing, this lovely flower, but it has thorns on it. It protects itself.”

“It has chutzpah?” I ask. We both laugh.

Now we’re back to the present as we talk about the future. Milly has her degree in audio production from The Art Institute, which allows her to write, track, and produce her songs without outside help. But that doesn’t alter the real facts and the question I keep coming back to: We do live in Nashville, the place everyone is moving to, the city where every bartender, barista, IT worker, and even my mailman is a musician, a songwriter, someone looking to “make it.” Does it help or hinder to be a jazzy- R&B-synthpop singer-songwriter in a culture renowned for country twang and a garage rock scene?

“It’s really hard at times because country music is here, of course, and a lot of the big time professionals on Music Row . . .” she trails off, reaching for the words. “I’ve had them tell me that they want me to do other things. You know the producers who only want to do rock or only want to do pop but can make their money in country.

“For a while, I thought I’d have to go to L.A. And then this trend started happening and I started meeting the producers and the people that can support the business side and realized that while we may be country music, the folks in L.A. are moving here to get away from the pop scene and get recognized. And to find new talent to work with.” 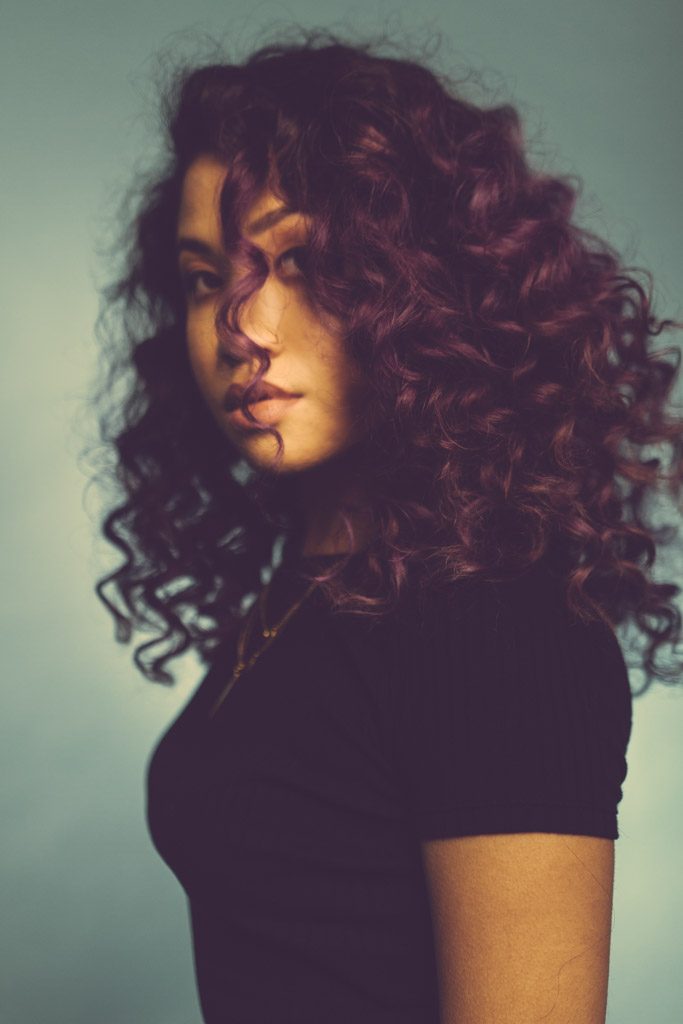 Milly regularly works and writes with local musicians and producers. She mentions local collaborators such as R&B singer Villz and indie label South By Sea. She expresses pride in tracks such as “Beat of the Night” and “Black Dress” (both produced and co-written by Rio), the latter of which sounds enough like a b-side from Beyoncé’s self-titled album that I had to look twice when taking a listen prior to meeting.

We talk more about her life now, her inspiration, her process. When writing a new song on her own, she withdraws from the world, shuts out external stimuli. When she needs to find a new idea, she drives through the country. She thinks about selflessness and lets go.

Milly Roze must feel free to create her music. It is that idea, this feeling of freedom in sense of self, that has led her to her newest collaborators, a duo of Belmont-educated producers, Grayson Proctor and Sam English, who call themselves BIYO (pro- nounced “bio”). She describes their process with a huge grin on her face, head tilted back a bit, a dance in her eyes.

“It’s kind of crazy because in a sense I’m starting over,” she says. “For a while I was still trying to figure out who I am as an artist and while I still think there is so much to learn, I don’t think there’s anybody out there doin’ it well that says they know everything.

“The minute that anybody ever says that they got it, you just know they don’t. But I finally feel like I understand the direction, and I’m working with people that like the individual I want to be in my music. We might lay down something with more R&B or something more pop, and these guys are always just like, ‘Is that what you want to say? Is that how you feel today? Go for it.’”

One day, Milly might collaborate with Timbaland or Tori Kelly or Andre 3000 or Frank Ocean or any of the other musicians she cites as influences. Her personal rock stars. For now, she’ll let her music tell her story: the talented Nashville musician, turning her natural gift into a career, one slick, beat-driven, urban-pop collaboration at a time.