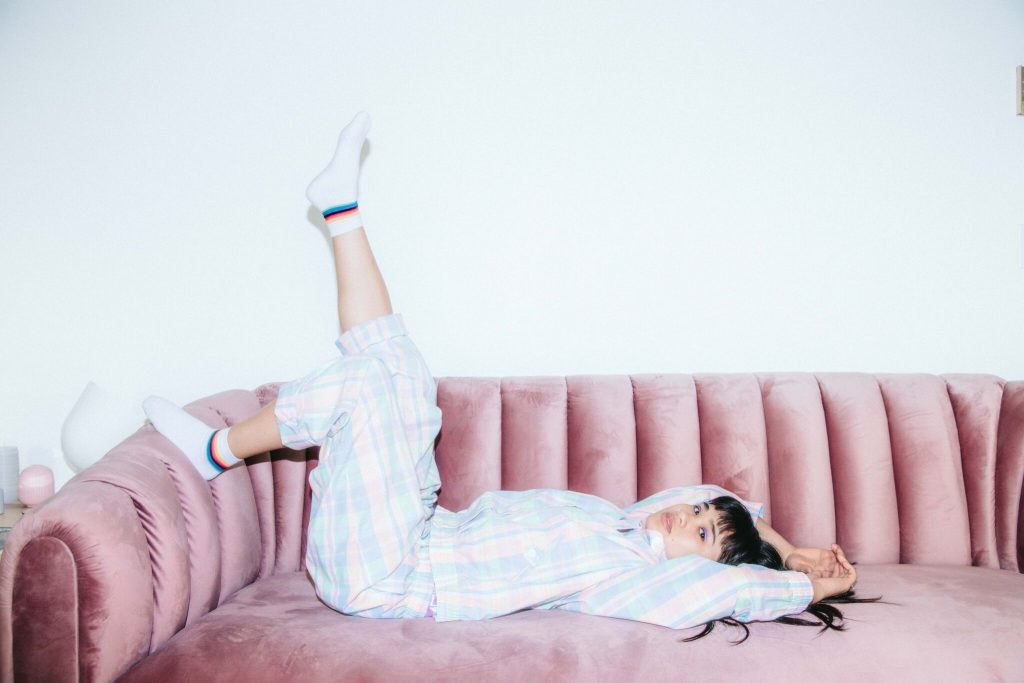 Bantug doesn’t plan too far ahead.

“I’m weird like that,” she tells me from across a polished wood table by the window at 51 North Taproom, the late afternoon sun tempered by black solar shades.

“I think a lot of people out there—and I admire them for it and I wish I could be like that—they’re so thought-out about everything they do, from their aesthetic to their branding to their songs to what they title their songs. And I don’t know if I’m just lazy or a purist almost, but I just really love music and I don’t really care about anything else. I just want to write, and then everything else is secondary to that . . . I probably should plan things out more often. Whoops.”

The twenty-four-year-old dream pop artist released her first single, “Waiting,” in 2015, just to see what might happen. She’d been experimenting with different genres, from folk to indie rock, but on “Waiting” she finally found her niche. That song became one of five tunes on her debut EP, Blue, a collection of serene, ambient tracks awash in lush synth and jangly guitars.

Although Blue sounds cohesive, it’s actually a collection of loose singles. Nearly a year later, she’s readying her new EP, Red, which comes out May 25, and she thought it out more this time. “Like, I meant for it to be a thing,” she says, laughing. “This time it wasn’t an accident.” 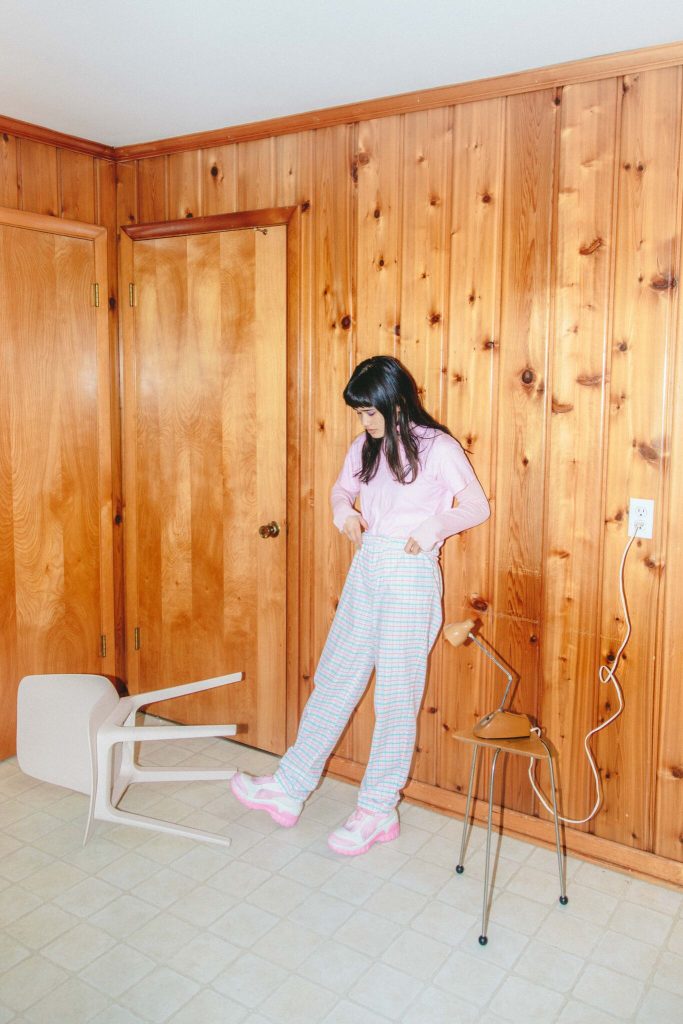 Bantug moved to Nashville from Lilburn, Georgia, a suburb half an hour north of Atlanta, five years ago. “The only cool thing about it is that André 3000 will come through there sometimes and go to this homestyle restaurant,” she about her hometown.

Her parents are both originally from the Philippines, but they met in New York when they were eighteen years old. Bantug’s brothers and sisters were born there. “Everyone in my family was born in New York except for me,” she deadpans. “Thanks, guys.”

She’s the youngest of four siblings, and her dad, who was in a rock band, would sit them all down one night a week and teach them guitar chords. She also learned to play drums and keys, and she wrote her first song after the death of her grandfather when she was ten. After that, she couldn’t stop. “Apparently—and I kind of remember this—my mom said I would write songs like Phoebe from Friends,” says Bantug, who is wearing an Adidas T-shirt, frayed cropped white jeans, and a black fanny pack. “I would just go in a room and play guitar and sing about my day.”

Bantug came to Music City to attend a yearlong program at the Contemporary Music Center, but after her payment plan fell through, she decided to forgo school. Instead, she worked and wrote songs in her spare time, some of which would become Blue.

Those songs began with Bantug (whose given name is Amanda Bantug) messing around on GarageBand—and collaborating with some of Nashville Pop’s finest. One of those collaborators was LANY guitarist and keyboardist Les Priest, who mixed most of Blue and brought out the more ethereal elements of the tracks, which propelled Bantug in a different direction. 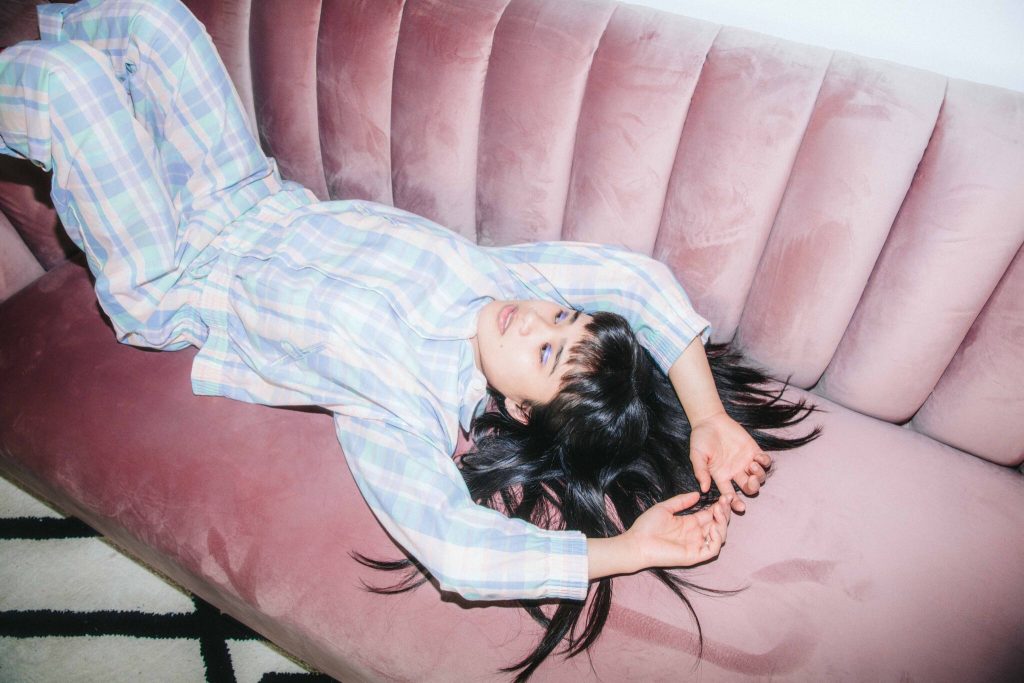 On Red, she stays on that sonic path, but the record is fiercer and more fiery than its predecessor, thanks in part to producer Grayson Proctor, one half of local electro-pop duo Biyo. The basslines are bigger and the choruses hit harder. Her writing process, however, was much the same. After upgrading from GarageBand to Logic Pro—courtesy of a friend who loaned Bantug her Apple ID—she worked out most of her ideas in her bedroom, finishing the songs and tracking most of the initial parts herself before sending them to Proctor to flesh out.

Bantug does tread new lyrical territory on Red though. Lead single “Our Apartment” is a lustful ode to her husband that sizzles over a crackling beat, with lyrics like, “And our time apart revitalizes all of my sparks, filled with passion . . . I can’t wait till you come back home / Oh, we’ll just take this nice and slow,” which she says is unlike anything she’s ever written. And standout track “Want Out,” with its thumping beat and fizzy synths, was written in a period of intense anxiety she experienced after watching the HBO drama series Big Little Lies and the French film Elle, both of which feature depictions of domestic and sexual abuse.

“For a month it just made me very paranoid and scared that I was going to get assaulted or, like, anything could happen to anybody at any point,” she says. “Sometimes I can be very sensitive to things that I’m watching, which is not bad, but it’s also not healthy sometimes if I don’t stop,” she says. “But you have to finish Big Little Lies. It’s so good.”

On “Shapes,” a mellow number with droning guitars and hazy vocals, Bantug takes stock of personal growth and the ways romantic relationships affect transformation. “That one is kind of about how when you introduce someone into your life, like a partner, your entire life changes,” she says. “And then you start to see these changes in yourself. You’re like, ‘I didn’t know I was capable of being like this’—in good and bad ways.” 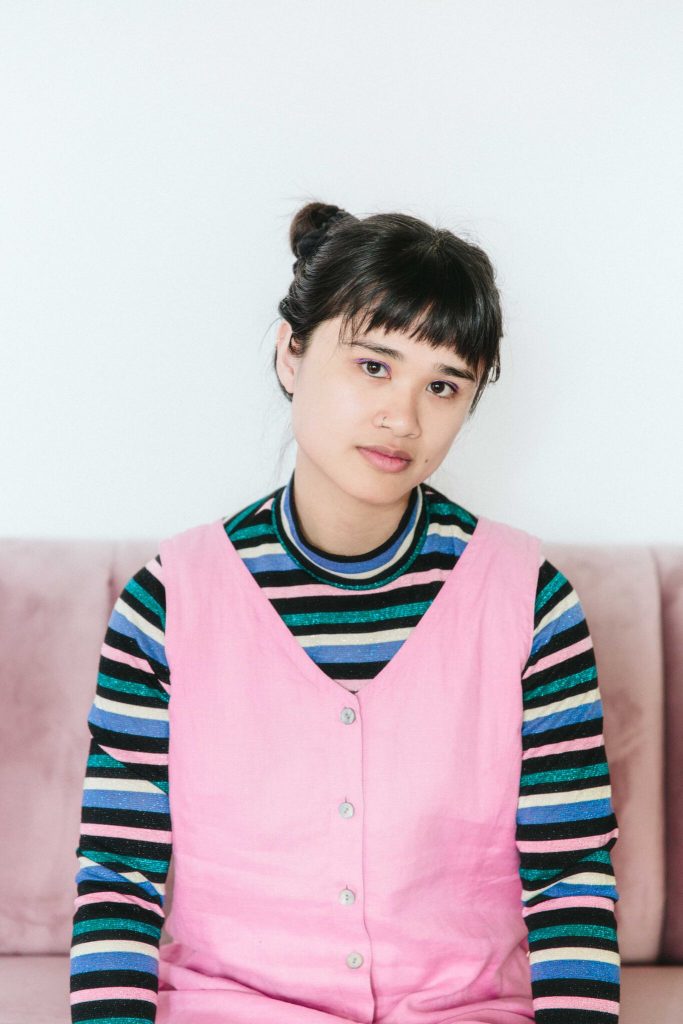 Each of the tracks is inspired by an intense emotion of some kind, which informed the title. While she jokes that she’s bad at naming her projects and decided to “just slap a color on it,” Bantug felt that each song was “red” in its own way. “There’s no one theme, but I think all of them in some way exude the color red uniquely, and so I think that’s the theme of it all,” she says. “That even if it’s just one color, it can emote different things, which is really cool.”

She worked with local photographer and graphic artist Jordan Short on the album artwork, and throughout our conversation, it becomes clear how passionate Bantug is about championing other artists. She cites Porches and SZA as influences and goes into great detail about her favorite aspects of their respective records, from production to songwriting to the elements of their work that caught her ear in the first place.

She beams while talking about Nashville’s pop scene, crediting our city’s relative isolation from the hit factories of Los Angeles with fostering a more innovative approach to pop music. “I think a lot of us are still trying to work out what we’re trying to do, what we’re trying to sound like, and I think that’s really beautiful because there are a handful of bands here doing something I’ve never heard before,” she says. “Not that we have the upper hand on anything. It’s just that we’re not surrounded by pop music, so we’re kind of just like, ‘I think we’re just going to make this shit up as we go and hopefully it sounds good.’ And it’s sounding great.” 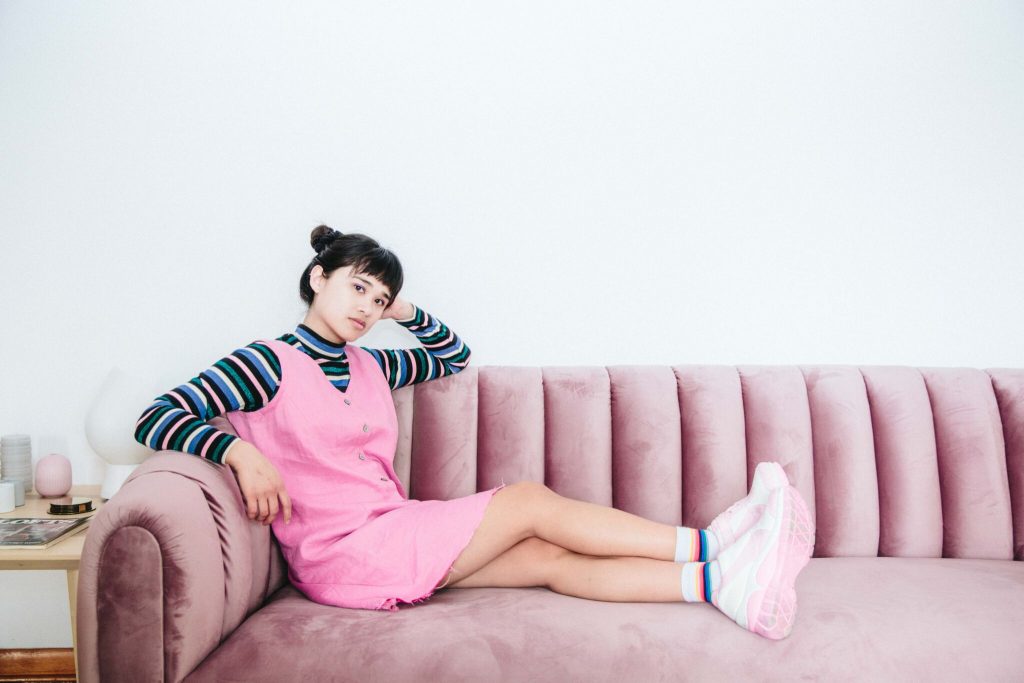 In addition to music, the recently married singer-songwriter has found a new outlet for her creative energy that’s also practical: woodworking. She began an apprenticeship at Barber Woodworking in January that was supposed to last only a month. When the student meant to take her place backed out, she stayed on, and it’s turned into a temporary part-time gig. She always wanted to buy new furniture but decided she could build something of better quality with her own hands.

Bantug built items when she was younger, occasionally out of necessity. She was a skateboarder, and instead of asking her parents to buy her a rail, she made one out of wood and waxed it until it was smooth. “And then I always loved just sanding shit, just because it’s very therapeutic,” she adds. Lately she’s been working on cabinetry, but she says all the same concepts apply to making tables, desks, and other pieces.

It’s an exhausting endeavor, especially on top of a coffee shop job, so in her downtime her priority is rest—and songwriting sometimes takes a back seat. “At the end of the day, it’s so hard to go home and be like, ‘I want to be an artist,’” she says. “I’m like, ‘No, I want to be on my couch and keep watching The Office and re-watching Friends.’”

On April 19, though, she’ll play one of her biggest shows to date: opening for indie songstress and longtime friend Liza Anne at Third Man Records (then she’ll join Anne for three more dates of her upcoming tour). When asked what she’s preparing for those shows, Bantug considers the question. “I mean, you know I don’t plan,” she says after a moment, laughing. “So, hopefully we can play a good show. I think that’s all I’m planning.”

Bantug will play April 19 at Third Man’s Blue Room with Liza Anne. Her latest EP, Red, wil be available May 25.