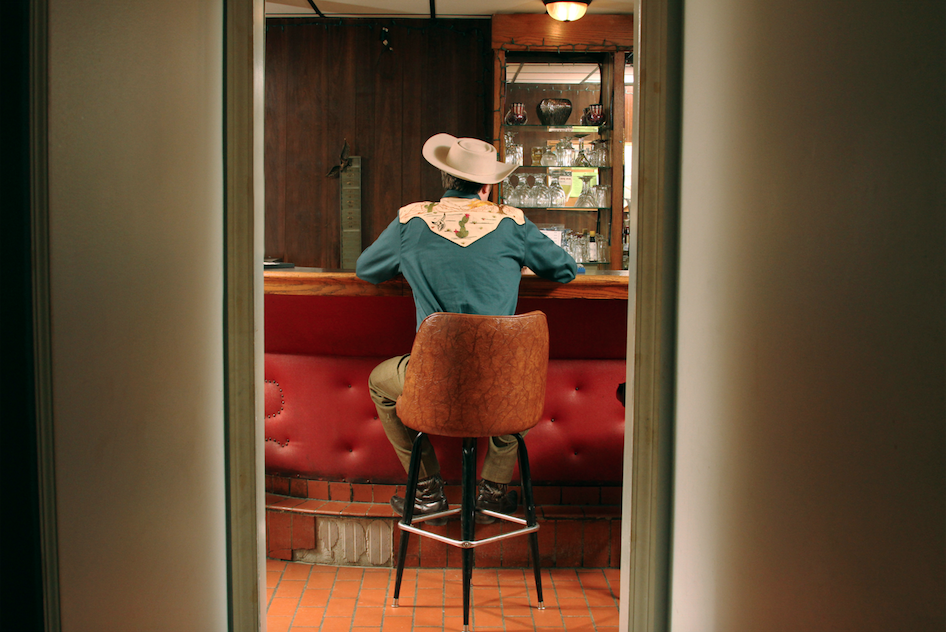 “Somebody told me y’all like to dance,” croaks Dale Watson, classic-country stalwart and legendary Nashville agitator. It’s late August, and Watson’s first time onstage at Honky Tonk Tuesday Night—the wildly popular Eastside event held weekly at the American Legion Post 82. But with one eyebrow raised all the way to his silver pompadour, you can tell he doesn’t quite believe it.

Although Watson and others like him believe that Nashville has turned its back on traditional twang, tonight, his skepticism is put to rest. With the first notes of his opening Texas shuffle, dozens of twentysomethings and Legionnaires hit the floor in their finest Western wear to twirl and two-step and smile, as the roots of Music City bask in neon light once again.

Hundreds more surround the spinning mass, hooting, hollering, and jumping into the fray as the spirit moves them. Low-budget decorations hang from the drop ceiling, a whiff of community fills the air, and if you squint just right, it looks like a scene straight out of 1951.

Gradually, Watson’s heart begins warming to his surroundings—the perfect setting for his “Ameripolitan” blend of honky-tonk, rockabilly, Western swing, and outlaw music—and he soon arrives at the same grinning conclusion as those on the floor: There’s something special going on here.

Held each and every week in a lovable bunker off Gallatin Road, Honky Tonk Tuesday Nights are the brainchild of Brendan Malone, a San Diego–area native who in five years has gone from doorman at Robert’s Western World to what some call the “Mayor of East Nashville.” 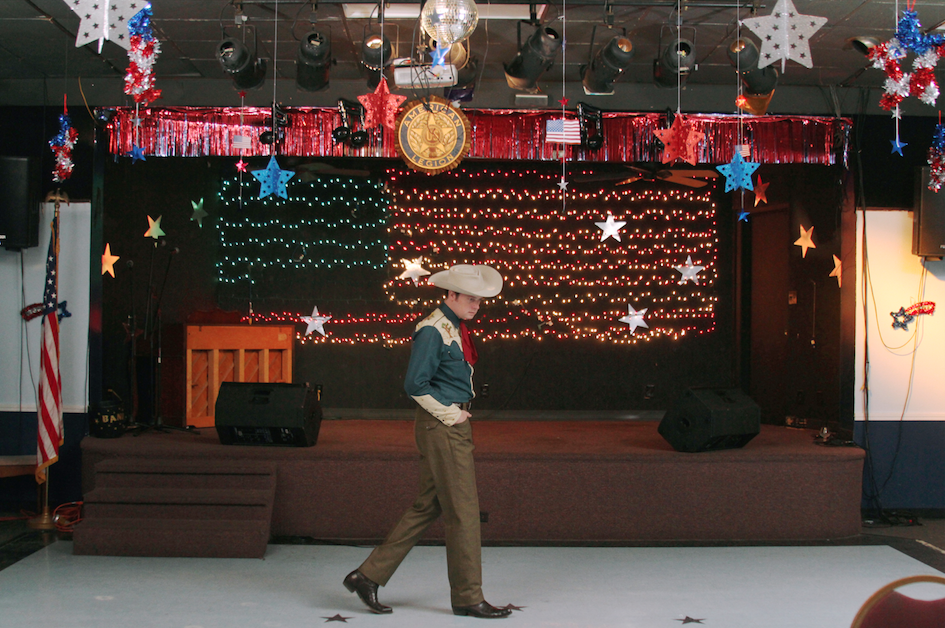 The grandson of Dust Bowl migrants who brought their love for country and western with them to California, Malone has become a leading figure in what can only be described as the city’s growing traditional-country revival. He’s arguably the movement’s common denominator, equipped with a passion for the music as authentic as the embroidered shirts and “Ernest Tubb pants” he loves to wear.

“I consider myself a honky-tonk politician, because I try to make it to all the traditional-country events and show support, shake hands and kiss babies, that kind of thing,” he says, kicking back at the now-empty Legion just a few days later. “It just seems to me like this music is slowly dying, and unfortunately it needs to be revived. I think the more people go around supporting it, presenting the idea that it’s a family and it needs to grow, then you’re gonna see more of it everywhere.”

Malone still works at Robert’s, but he also plays bass in The Cowpokes and spins classic-country gold at Duke’s every Thursday night,“honky-tonking 24/7” as he likes to say. On top of the weekly Legion shows, he hosts a monthly Saturday night version at The Basement East, and an hour-long CNN documentary titled Honky Tonk Moonlight—based largely on his exploits—is set for November.

Thoughtful, soft-spoken, and genuinely friendly, you might not figure Malone for a music-industry mogul. But in his mind, the revival on display at Post 82 was sorely needed . . . and inevitable. 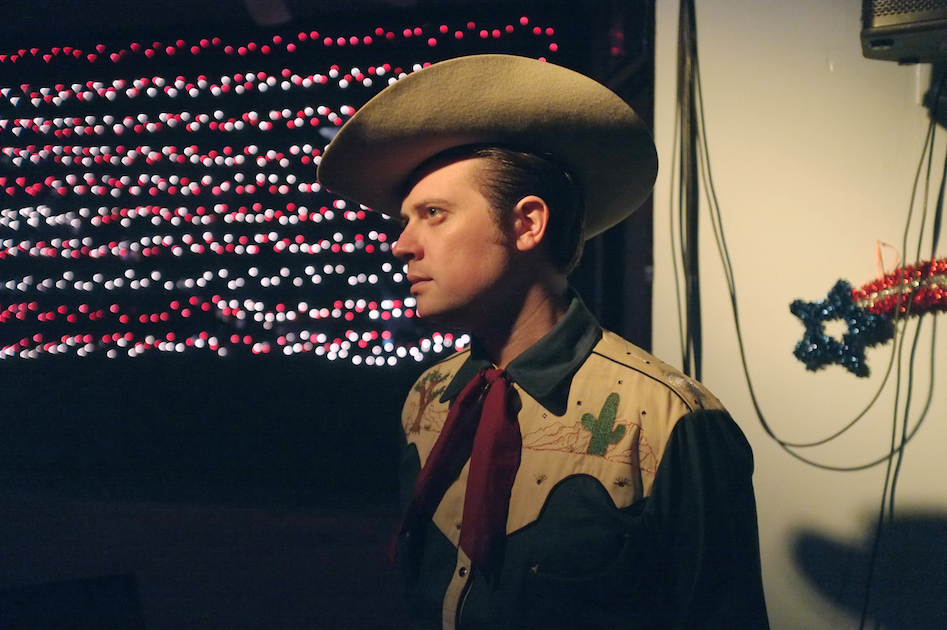 “It’s like that saying ‘History repeats itself,’” he says. “And I also think people are getting tired of this electronic nonsense that’s everywhere . . . Country music is the people’s music, and no matter what kind of background you have or what kind of future you’re gonna come along to, it’s something that everyone can relate to because it comes straight from the heart. All this other bullshit that’s coming from Music Row, they just built shit out of nothing.”

That refrain has been heard on the fringes of Nashville’s country community for quite sometime, but now it’s gaining traction due to a uniquely polarized set of conditions. Contemporary country has never been more processed or urbane, while at the same time independent roots artists like Margo Price, Jason Isbell, and Sturgill Simpson have become bona fide commercial stars.

“Realness” is a big selling point elsewhere, too —just look at the portion of your local supermarket dedicated to organic food—so the renewed interest in Malone’s music might actually be part of a broader cultural shift. Honky-tonk has even topped the pop country charts this year, with major-label artists like Jon Pardi and Midland scoring number-one radio hits.

“They hear us knocking on the door, they honestly do,” Malone explains. “I get asked by some pretty big people on 16th Avenue about who they should keep their eye on from our honky-tonk scene, so they’re curious. They’re getting wind of the smoke signals.”

On the East side, smoke started rising when Malone grewfrustrated with the lack of live honky-tonk options. Jerry Pentecost’s Country and Western Wednesdays had come to an end at the 5 Spot, so all that remained was Lower Broadway.

“I was already working at Robert’s, but I’d still be hanging out there when I was off too,” he explains. “I kind of wanted to do the same thing but in East Nashville, and I didn’t ever find the place.”

Then about two years ago, fate intervened. 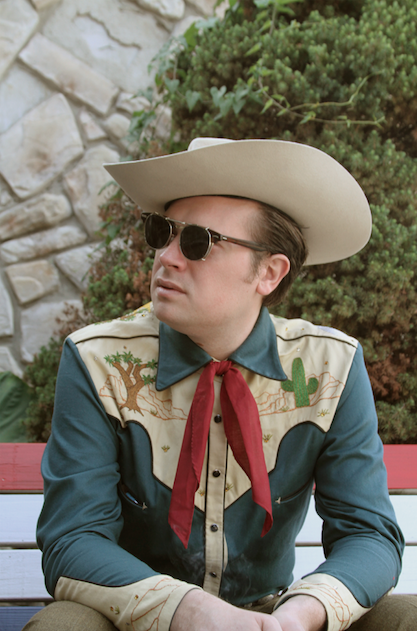 After bowling one night with a few like-minded buddies (Cory Younts of Old Crow Medicine Show and singer-songwriter Hugh Masterson), Malone’s crew was looking for a place to get away from the weekend crowd. A friend from Robert’s had visited Post 82 some time earlier, reporting back that it had classic country and plenty of empty seats at the bar. They decided to check it out.

“We walked in, and I think Carl Smith was playing,” Malone recalls. “It was great. I ended up spending like forty dollars on the juke box, and all three of us bought a membership. After a couple hours we called Josh Hedley and he came down, and it then became our secret bar for almost six months. At this point we promised we would never post pictures or tell anyone about it, but pretty soon our little group would be hanging out and you’d turn to your right and DavidRawlings and Gillian Welch are here.”

The Legionnaires embraced their new friends, but Malone was soon pulled aside by the Post Commander with some bad news.

“He was like, ‘Hey, you’re helping us out by getting people here, but just so you know, we might have to close our doors soon because we can’t afford the bills anymore,’” Malone explains. “He said, ‘Would you be interested in putting on a music night?’ And I was like, ‘Yeah . . .yeah.’”

Featuring two or three traditional bands each night (fiddle or steel guitar were a must), plus The Cowpokes for an after-show dance party, the first few weeks only drew about twenty people, but soon the growth was exponential. Those smoke signals now hitting Music Row were first seen by eager Eastsiders who invited their friends, enthralled by the raw country music, low-key atmosphere, and welcoming, extended-family feel of the regular crowd.“

Everyone here is so friendly, after talking to them it’s like talking to your aunt or grandma or cousin,” Malone says, adding that he’s never bothered to hire a security guard. “There’s neverbeen any mischief here—no fights or anything. Coming from working the front door at Robert’s, where you’re kicking people out all the time, to doing this two years straight and you’ve never had to manhandle anyone? That’s special.” 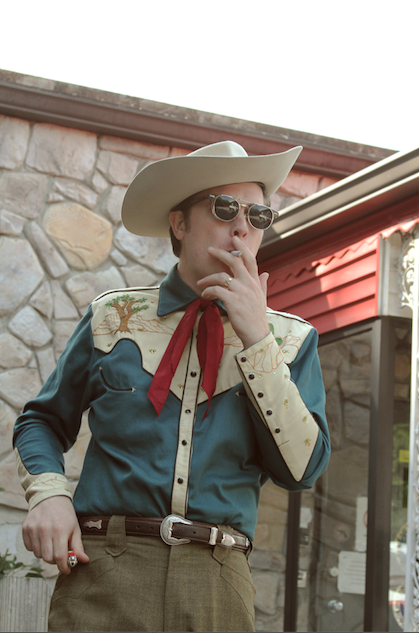 It’s also the most affordable joint in town.

There’s never a cover, just a donation box at the front door which goes to the Legionnaires, and Malone says people are very generous with it. Combine that with drink and food sales (also ridiculously cheap by Nashville standards), and it’s enough to keep Post 82 running while attracting big crowds.

“We have a no-excuse policy,” he says with pride. “What more can you ask for? You’re not paying a cover, you’re getting to see Jim Lauderdale, Margo Price, The Cowpokes . . .anywhere else you’re going to pay big money, and here it’s free.”

But on show nights, the dancing and camaraderie are clearly what people love most. Old and young take the floor side by side, trading partners and belly laughs as the whirling action powers a time machine of dolled-up retro fun. Walking in for the first time, it’s honestly hard not to feel connected to the social past of rural America.

“People come here and they’re like, ‘It was crazy. I’ve never wanted to dance in my life, and then all the sudden I was dancing,’” Malone says. “You see everyone having a ball, and you’re like, ‘Dang, I need to be doing that.’”

That’s the essence of this honky-tonk revival: a bunch of youngsters rediscovering simple joys that the modern world has left behind. Twangy sounds. Wooden instruments played from the heart. A true community spirit. Not to mention the feel of a nice cowboy hat and slacks.

Malone’s numbers keep trending up, with artists like Lee Ann Womack asking for last-minute gigs and his calendar booked solid until March 2018. Lauderdale was so impressed that he’s even planning a monthly Post 82 residency. Yes, there really is a revival underway in East Nashville, and even though some might dismiss it as just another trend, this mayor knows honky-tonk politics are all about the long game.

“Even if it’s a bandwagon to some people for a couple weeks,” he says, “it’s gonna turn others into true fans for a lifetime.”