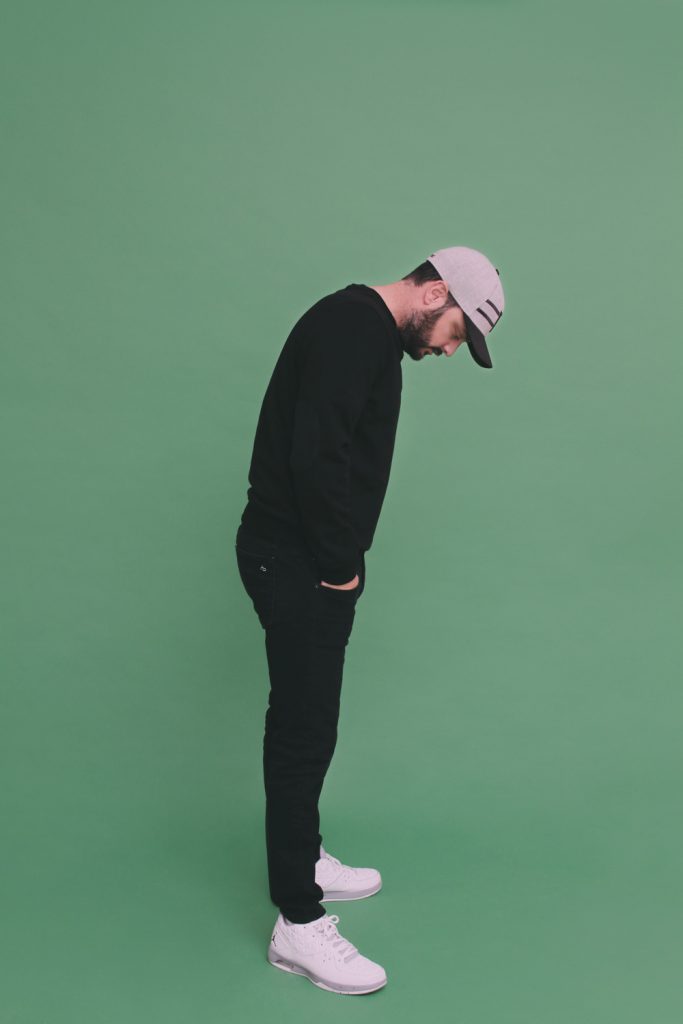 Nate Bargatze just returned from seventeen days on the road, and the bags under his eyes fit the description of someone who’s logged a lot of frequent flyer miles.

He landed last night, and this time he’s back in Nashville for a full week before hitting the road again. I ask him how long the next run will be and when he thinks he’ll get another break. He spends several seconds attempting to recall his schedule o hand before abruptly giving up. “Who knows,” he concludes. “It doesn’t really stop.”

Nonstop is a good way to describe Nate Bargatze’s daily life these days. But how did it all start? How does someone make the leap from regular dude to having a one-hour special on Comedy Central and performing on Conan and Fallon? Well, like virtually everything in life, everyone’s journey is different. And Bargatze’s could have been pulled straight from the pages of a comedy nerd’s wildest fantasies.

How did you get into comedy initially?

I started in Chicago—moved with a friend of mine. We were living here . . . I worked at Mount Juliet West Wilson Utility, reading water meters. I was just doing whatever kind of job, and then my buddy wanted to go to Second City in Chicago. So I was twenty-three and kind of just was like, “Alright,” and then basically moved to Chicago. Got started there, then New York, L.A., and you know, back here.

Was it on a whim or was it something you considered growing up?

I think a little bit, but I don’t think [the desire was] crazy. I don’t think I woke up and I was watching comedians and being like, “I wanna be those guys.” But my dad’s a magician, so just growing up he’d be funny and stuff . I think when I look back now, there were definitely signs that I wanted to do it.

How long were you in Chicago?

I was there for two years. The people that were there when I was there—Hannibal Buress, Pete Holmes, Kumail Nanjiani, TJ Miller—those were kind of the famous guys [in the Chicago stand-up scene at the time]. We were all brand new. 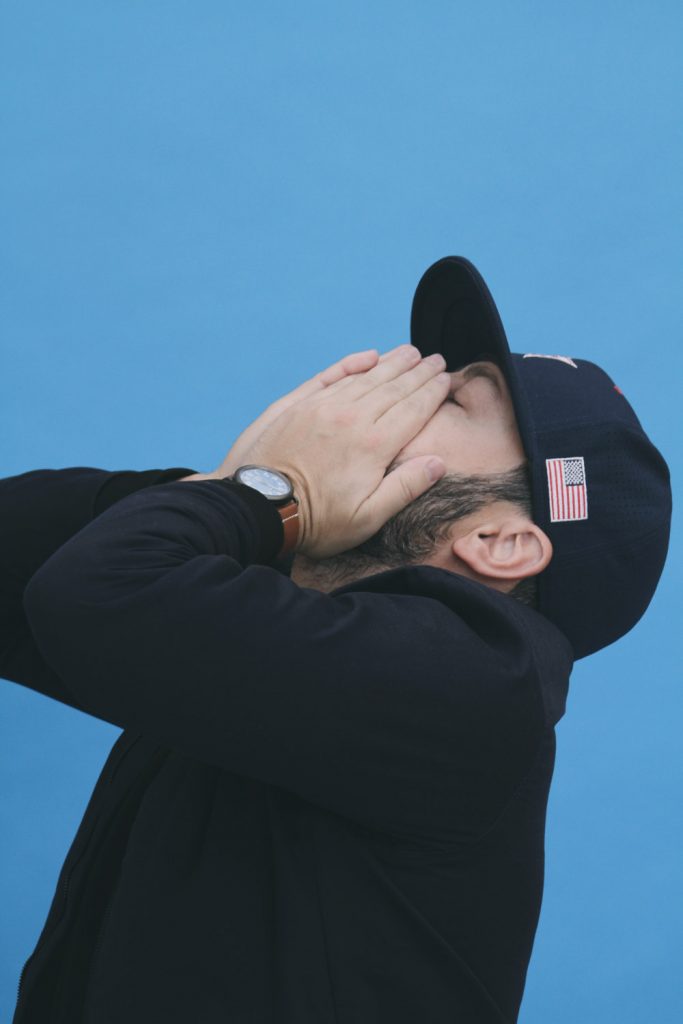 "YOU'RE TRYING TO GET UP IN FRONT OF REAL PEOPLE INSTEAD OF JUST DOING OPEN MICS IN FRONT OF OTHER COMEDIANS." 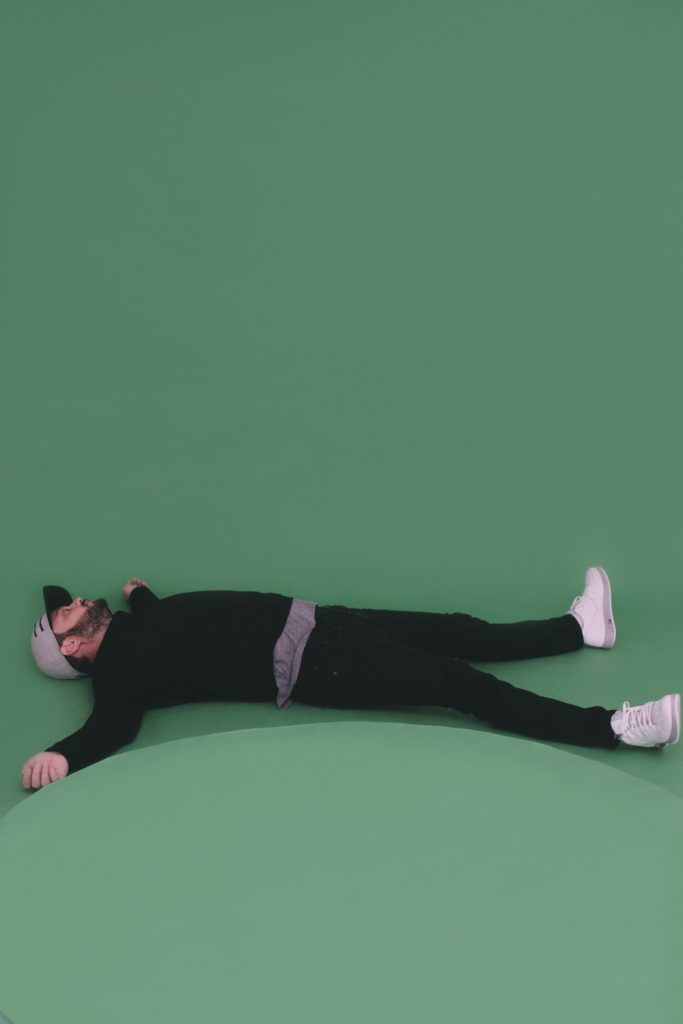 Were you doing stand-up in clubs yet?

Yeah. I took a class, this comedy college, with some guy. He was fine. The classes, people always think . . . It’s not like you go to a class and you learn how to be funny, but it’s good to be around people that are starting out. It’s not as daunting as just going to an open mic.

Was it a class where people were trying to get serious about it?

So some people, yes . . . Some guys went to those classes to start doing comedy, some people do it just because they want to be able to speak in front of people—like at their office. Or they do it just to be like, “Oh, I want to go see what it’s like,” and they may not have the desire to try to go for it. Because it’s hard, it’s hard to really commit. And I think pretty much for anything that you do, you have to be pretty obsessed with it.

How did you get so obsessed with it?

Because once I got in it, I just fell in love with it . . . Every day I was seeing comics that no one would ever know, and they were so good. It’s pretty crazy, you just get in this world. . . The more I was in it, the more that I would see people that were so good, so good. And you just want to be that good. So then you’re like kind of always chasing that.

So you went to New York after a couple of years in Chicago?

Yeah, in 2004. I wanted to move to New York to keep pursuing stand-up, and my other buddy was still in Chicago. I thought he was maybe going to be moving back [to Nashville], so I left with a guy I met there, a comic, and then I moved to New York. Then Pete Holmes was the one who got me barking at the Boston Comedy Club—in New York, they used to have a club called that. And we would stand outside and hand out flyers and be like, “Hey, we have a great comedy show tonight, come on in,” or whatever. So I would do that every single night, and I worked for FedEx when I first started. Some nights I would hand out flyers, and I would just stay awake because I had to be awake at five in the morning. Then I would work until 10 a.m.—I was throwing boxes off of trucks— and then after 10 a.m., I would go home and sleep and have to be back out at that club at 7 p.m. I would do that every night, just to go on stage for five minutes. But it’s what you had to do . . . You’re trying to get up in front of real people instead of just doing open mics in front of other comedians.

Right. It’s like Nashville—you’re just playing in a room full of musicians, so it’s not an actual audience.

Exactly. So, yeah, and just seeing all these guys—that’s where I saw [Bill] Burr and Patrice [O’Neal] and Chapelle. I mean, I’ve watched Chapelle come in [and perform] for five people. I mean, he would come in all the time. 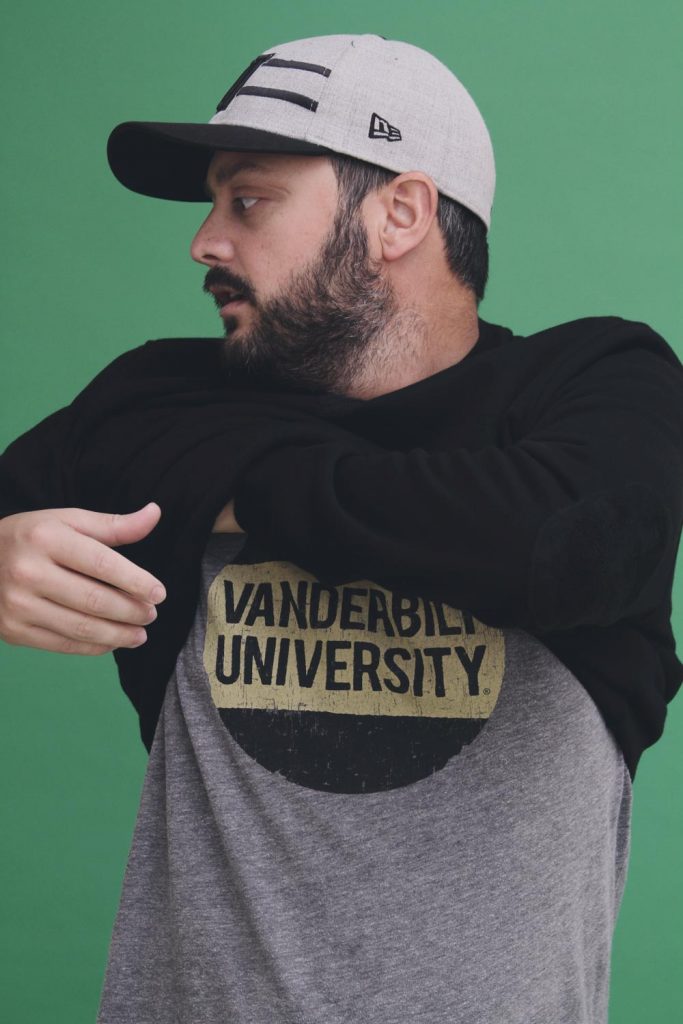 Wasn’t he big before?

Yeah, but this was at the end of the show . . . I remember he would come in, and he’d still have makeup on from skits. We would sit there and sometimes there would be eight people there, and he would go up in front of those eight people. Then we would go outside and be like, “Hey, Chapelle’s on stage!” And then before you know it, one hundred people [were inside]. And I mean it was that easy too—anybody that would walk by, you’d be like, “Dave Chappelle’s on stage!”

I’d watch him and everybody that was going through there . . . You’re seeing years of experience and years of just—it’s just unbelievable. You really got to watch. And it’s really important to watch comics, because you need to sit there and learn and see them handle those situations where there are five people.

I performed for one guy once at that club— like he didn’t want to leave. Everybody at the club kind of left, and it was just him. We were like, “Do you want to go home?” And he said, “No, I’m fine.” I was like, “I know [you’re fine], but we don’t want to go on.” But he was a nice dude—he was a good laugher—so that helps.

So once you got to New York, you kind of got to the next level.

Oh yeah, you just start getting good. You would do five minutes in front of a different crowd every night, so I just kind of got good at learning to do that . . . It was a mix of that and doing comedy every day for a few years. And in New York, you can get a lot better a lot faster. It’s like dog years there, because here—if you lived in Nashville at the time—you could have gone on once a week or something . . . There, the most I did was seven shows in one night. I mean [sometimes] I would go on twenty times a week, so you’re just getting that much better that much faster. It’s just a lot easier to get good.

It was about 2008, I think, that’s when [the next level] started. That’s when I got my first TV thing [CMT Comedy Stage]. I taped it in 2007—I don’t know, 2007 or 2008—and I taped here for CMT at the Belcourt Theatre. So it was pretty interesting that my first TV thing got to be here in Nashville. It was cool, my family came, my friends came, you know? I got that, and then in 2008 I got Conan and Montreal Just for Laughs; I did Live in Gotham for Comedy Central.

It’s not like you [go on TV], then you’re famous . . . but at least you have TV credits, and now you can start getting into clubs. You can start going on the road a little bit and make a little money, and at least you feel like you’re moving forward.

There seems to be more of a local circuit here now that maybe didn’t exist a while back. There are also more national comics coming here on the road, which they never used to do before.

Moving [back] here was a big thing, be- cause it’s hard. A lot of people live in New York and L.A., so to move back home was kind of like, “Oh, can you even do that?” And I don’t know, I’m still trying to figure out if you can. But it seems to be working.

I was worried that if I moved back, people would think I had quit comedy. Like, you know, “Oh, he moved back to Nashville, he’s done!” And no one thought that at all, so now I just tell everybody I live in Nashville . . . I think with my accent, people know I’m from here. I think it makes them happier that I live here. They want to buy all-in. They’re like, “If I’m buying this guy from Nashville, I want him to be living there.”