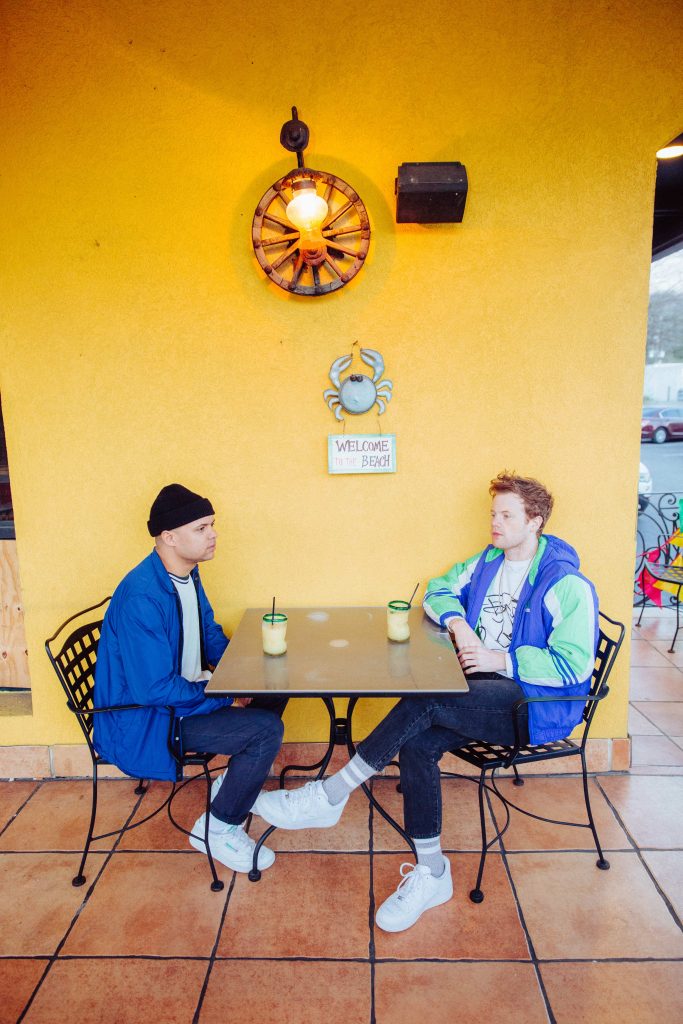 After 2017, we can’t really describe Nashville’s pop scene as “burgeoning” or “on the rise” anymore. As artists like past NATIVE cover stories R.LUM.R, Daniella Mason, and Kiya Lacey have shown us—and continue to show us—Nashville pop music is a force to be reckoned with. But as the pop movement grows throughout the city, we may want to reexamine (or at least expand) that whole “pop” label a little bit. Can an artist’s work really be classified as pop if it challenges traditional song structures and manipulates synths and vocals into layers of warped white noise?

That’s the kind of question that arises when discussing Biyo. Though the electronic duo has played on many a “pop” bill here in town, their sound—at least in our opinion—is a little too left of center to get lumped in with the likes of Katy Perry. Their singles thus far not only show that the group has a masterful understanding of the ever-elusive hook but also a serious knack for slick production. Tracks like “Fantasies” and “Bliss” take West Coast party music to a glitchy, avant-garde plateau—think James Blake on the beach.

Biyo picked Los Arcos on Nolensville Pike as their favorite local restaurant. Says vocalist Grayson Proctor: “Los Arcos has been the most consistent margarita in our lives since moving to Nashville. They’re family.” We can’t guarantee that drinking margs will help you make abstract electronic music, but it’ll probably help you have a better day.