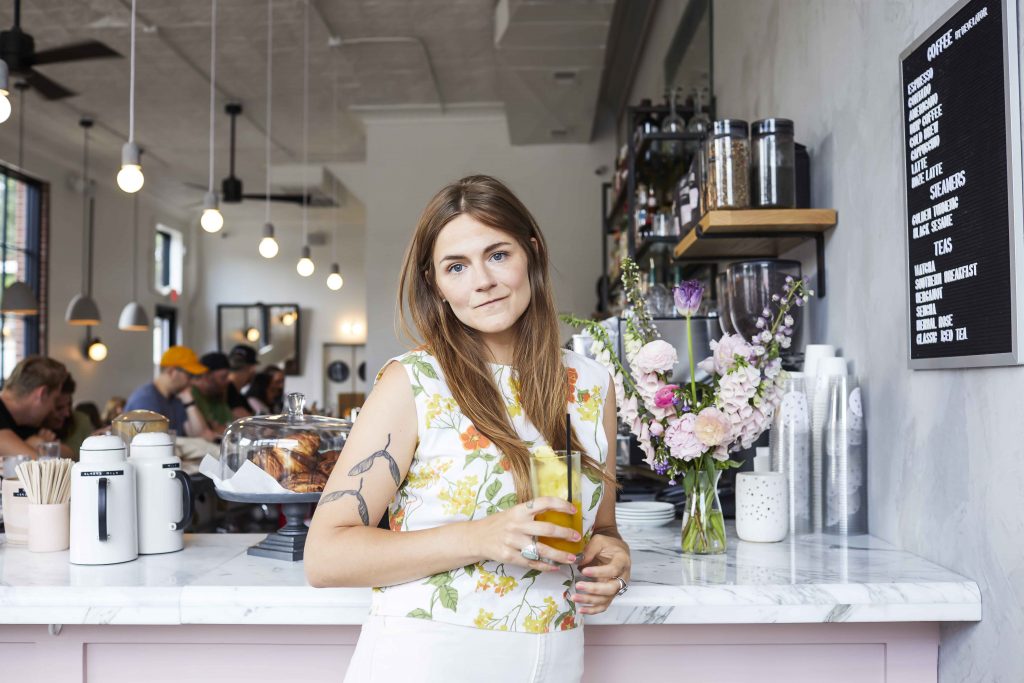 There’s an idiom people use when describing excellent singers: “I could listen to [insert name] sing the phonebook.” It’s a little hyperbolic, maybe even trite, but we get the point. Some people have such a divine, otherworldly presence behind the mic that it doesn’t really matter what they’re singing—they tap into something that hits us at a base level using nothing more than their vocal cords (see: Cocteau Twins’ Liz Fraser, who famously made ’90s goths stand at attention with her pseudo-intelligible vocalizations). But what happens when someone with a phonebook voice can also write subtly heartbreaking, nuanced meditations on love, addiction, and identity?

That’s the case with local singer-songwriter Erin Rae. We featured Rae back in September 2015, but since then, some notable folks have joined us as believers in her jaw-dropping voice: John Paul White signed Rae to his label, saying, “When I first heard Erin’s compelling voice, I knew nothing about her . . . I was instantly transfixed”; NPR’s Ann Powers is a fan; and fellow Americana darlings Margo Price, Andrew Combs, and Anderson East have tapped Rae for backing vocals.

But on her latest record, Putting on Airs, Rae’s lyrics shine just as much as the voice that’s delivering them. Standout single “Can’t Cut Loose” tactfully examines addiction—whether it be to lovers, friends, or substances—and forces us to wonder why we’re always asking for more; while “Wild Blue Wind” heartbreakingly follows a man that’s fallen between the cracks of life.

It only makes sense that a singer with a heavenly voice chose a heavenly restaurant like Cafe Roze as her favorite local eatery. “Ever since they opened, it’s been one of my favorite spots to come for breakfast, lunch, or dinner,” Rae says. “It’s the perfect place to hang after hours or after shows, and I love their fancy sodas like the Turmeric Cooler—yum!”

Putting on Airs is available now, and Rae will celebrate its release June 29 and 30 at The Basement East.