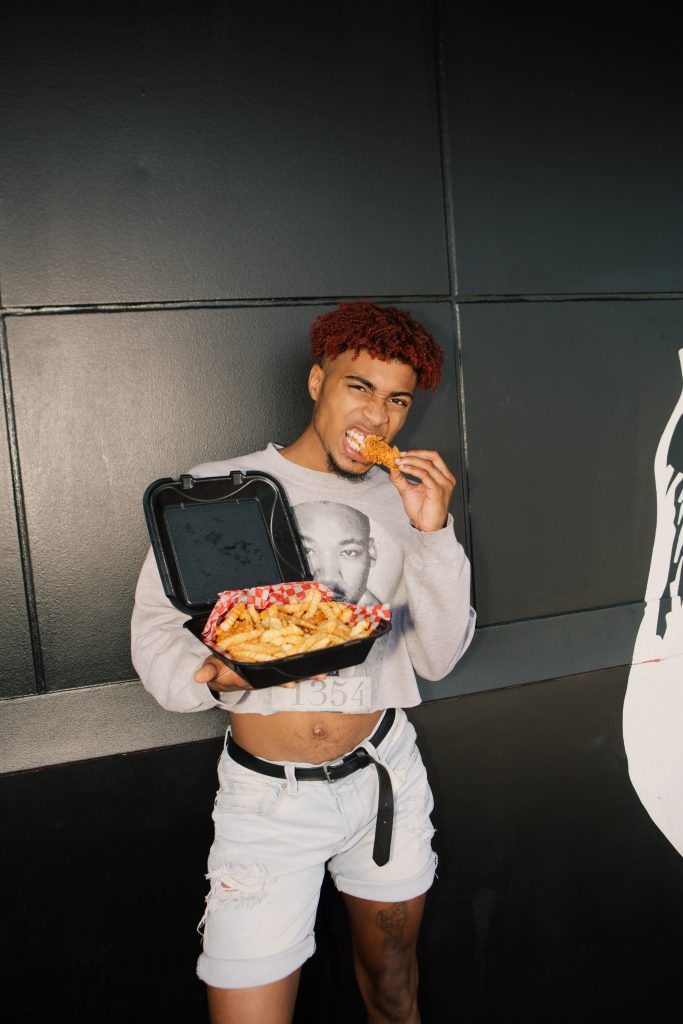 In this age of shameless culture-vulturing—an age in which, every month, Drake beats us over the head with yet another new single that rips off yet another subculture, an age in which Kanye bites yet another designer and resells it to us for $500—it’s hard to find a true original. We’re talking about someone who exists beyond the confines of homogenized Pinterest boards and Soundcloud trends. Someone who twerks to the sound of their own 808 drum, if you will.

Luckily, Nashville has produced an antidote to the mundanity of today’s cultural landscape. Famewalking, a queer local rapper and social media personality who released his first major project, Bad Influence, back in April, is challenging what we think about local hip-hop. For proof, look no further than album opener “F.A.G.” (an acronym for Fresh Ass Gay). After sampling a homophobic rant by Brand Nubian founder Lord Jamar (in which Jamar calls being gay “a mental disease” that needs to “stay out of hip-hop”), Fame barrels into an acerbic verse that builds into the track’s unhinged hook: “Bodied by a F.A.G. / I hope you bodied by a F.A.G. / Tell me how it feels to be bodied by a F.A.G.” It’s a badass rallying cry that reclaims traditional hip-hop machismo in the name of queerness—and oh yeah, it’s also a fucking banger. Wonder what Lord Jamar would think.

When Fame isn’t busy casually tearing down decades-old notions about sexulity, masculinity, and hip-hop, you can find him enjoying some Hattie B’s tenders (while wearing a crop top, naturally). “I love to get the tender combo mild, because it helps me sweat without hitting the gym!” he says. “It just works!” Get this man some more chicken, because we need him to keep working.