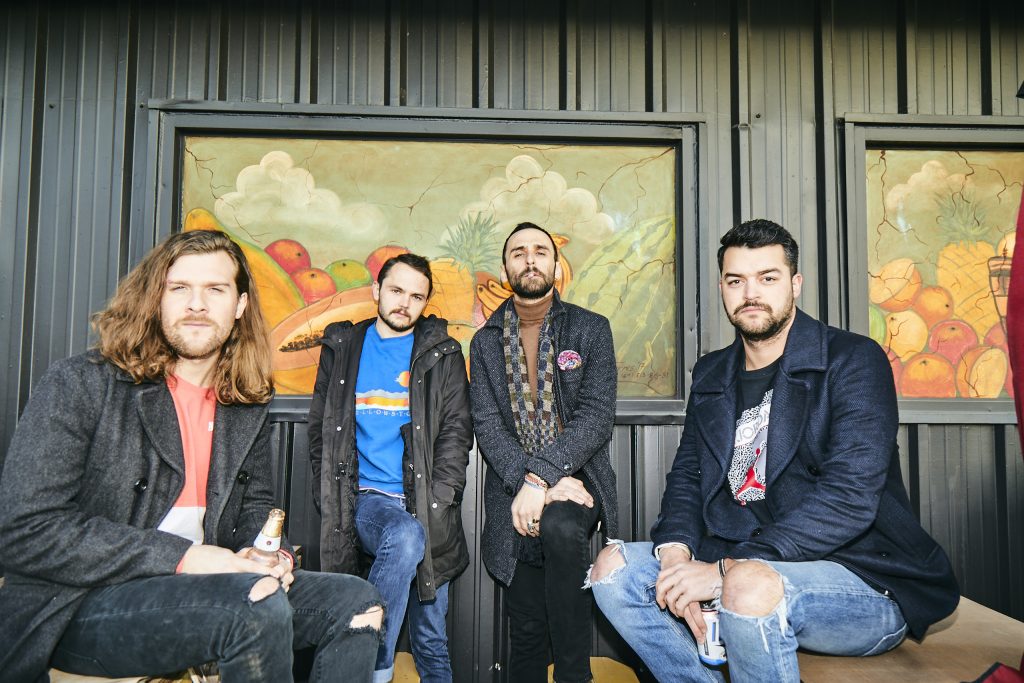 There’s just something about the oblivion of the desert. In everything from the book of Exodus to Dune to Oliver Stone’s deliciously awful Doors movie, the barren landscape serves as the backdrop for some serious spiritual and metaphysical awakenings (hell, Waylon even got sober in Arizona).

Such was the case for Future Thieves, a local indie pop outfit who recorded their second full-length in 2017 at the Sonic Ranch in El Paso. As they told NATIVE back in December 2017: “We had fun challenging ourselves and working in a way that involved whatever felt great to us and [then] just recorded it . . . We just set up all the old synths we could find—like the good Junos—and just got weird.” The result was a self-titled album full of blissfully chorus-laden guitars (think the Police’s Andy Summers driving down Route 66) and big pop hooks that nod to the kind of heartland anthems we’ve come to expect from The War on Drugs and other Don Henley heads. Who says you have to take peyote or melange to have a life-altering experience in the sand?

Now, over a year removed from their proverbial arid awakening in El Paso, Future Thieves are picking up right where they left off. Propelled by DX7 synth chimes, chunky staccato guitar stabs, and vocalist Elliot Collett’s ever-impeccable rasp, “Always Something”—the quartet’s latest single—is perfect for pensive midnight drives that make you reevaluate your life. It’s Future Thieves at their moodiest and grooviest, and it’s a comfortable, sure-footed pocket we hope they stay in from here on out (even if it does get us in our feelings).

When the band isn’t in the desert, their oasis here in Nashville is the Nation’s flagship sandwich shop, 51st Deli. Says Thieves bassist Nick Goss: “[Guitarist] Austin [McCool] and I moved into the Nations a year ago with our tour manager, Luc. Since then, we’ve come to the Deli every other day because everything on the menu is so good—and to top it off, it’s a family feel behind the counter. We are the last to be picked up before leaving for most tours, so we hop in the van with Deli to-go for everyone, and we start our journey. Safe to say we may even be dead without this place. Reuben with a fried egg . . . do it.”

“Always Something” is available now.