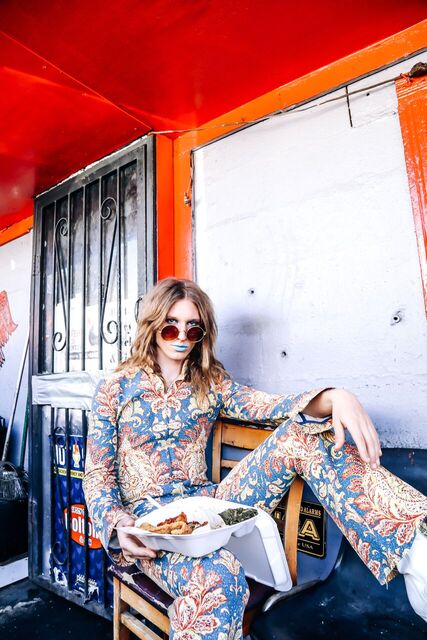 On “Five Years,” the opening track of David Bowie’s seminal The Rise and Fall of Ziggy Stardust and the Spiders from Mars, fictional “leper messiah” Ziggy warns the people of Earth about an impending apocalypse set to come in five years. Though we haven’t received such a grim prophecy in real life (but let’s be real, we’re only about a tweet away), we have received a glam rock messiah in the form of Nashville’s own Gyasi.

Straight from the backwoods of West Virginia—which is about as remote as Mars—Gyasi melds glam icons like T. Rex, Mott the Hoople, and Ziggy-era Bowie with down-home roots rock. The result is an updated glam sound that could only come out of Nashville. It makes sense, then, that Gyasi chose Bolton’s tenders as his favorite Nashville dish. He recommends ordering them “as hot as you can stand” and says, “I like it when the food fights back. It’ll put lead in your pencil. You can’t get it like that anywhere else.”