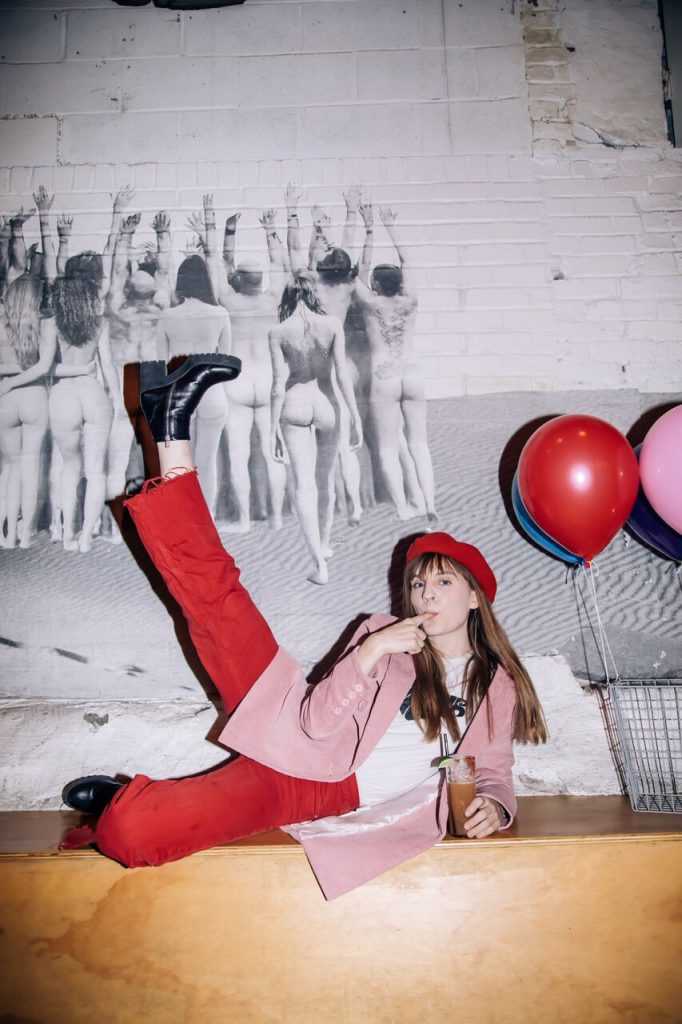 There’s a good chance you already know Liza Anne, the emotionally charged, whispy-voiced singer-songwriter that appeared on the October 2015 cover of NATIVE. What you may not know, however, is that her new record, Fine But Dying (fun fact: that was the title of our profile on her) is out on March 9, and she’s throwing a release party April 19 at Third Man’s Blue Room.

You also may not know that this is the best music Anne’s ever released. Fine But Dying finds her exploring some of the same dualities she addressed on 2015’s Two—like keeping up an outward facade of normalcy while feeling inner turmoil, for instance—but this time, these conflicts are examined in an even more direct, fearless manner. Plus, Anne dissects them over an expansive sonic landscape that’s unrecognizable from much of Two’s indie-pop.

Take “Paranoia,” for example: it hooks you in with this chugging, Cars-y groove only to—seemingly out of nowhere—explode into a series of sporadic fuzz breakdowns. Anne mimics the steady yet unhinged nature of the sound by confronting mental illness like an old (and unliked) family member: “Let me at it, I’m tired of it pestering me / I can’t get rid of it ’cause killing it’s like pulling my own teeth.” It’s the catchiest, most complex work Liza Anne’s ever done, and we can’t wait to hear the rest of the album.

Something that’s not quite as complex: Liza Anne’s choice in booze and food. She picked Bastion as her favorite local haunt. “If I were going to die tomorrow, my last meal would be the Bastion nachos and a Toy Soldier,” she says. “I don’t know if I will ever love a bar or a drink—or another human, for that matter—as much as I love Bastion and Toy Soldiers. I’m kidding. I love my partner, and we are very happy together—especially when we are at Bastion drinking Toy Soldiers.”