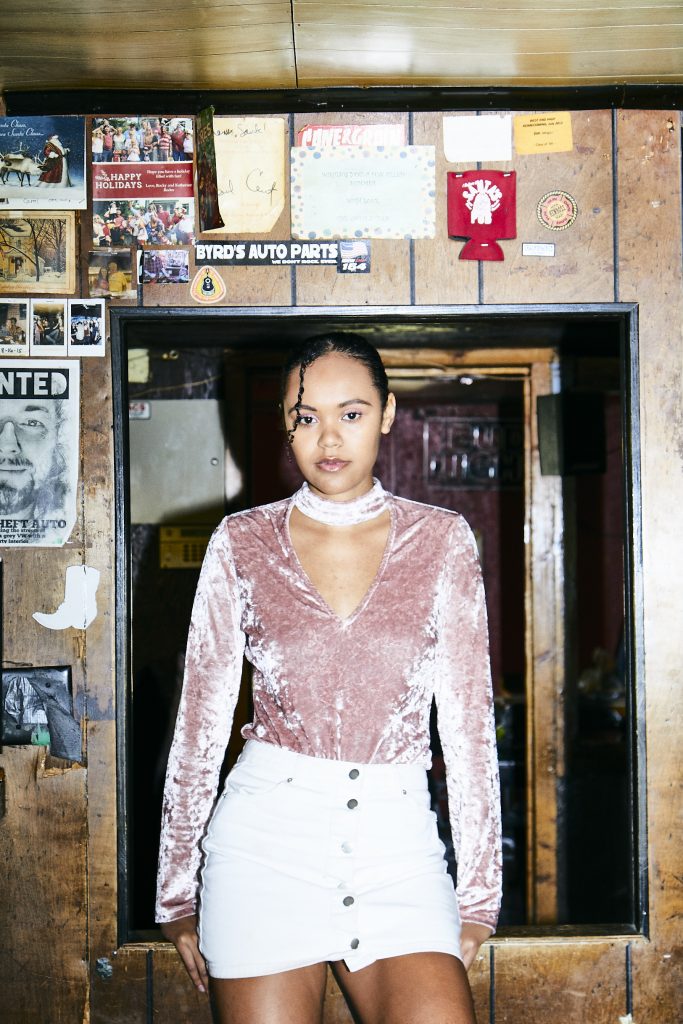 By this point, just about every local with ears and a Wi-Fi connection knows that Nashville is not just country music. We’re home to rich Americana, garage rock, and, most recently, pop scenes, the likes of which are being recognized the world over (just flip on Fallon, or, ya know, the Grammys sometime). However, just because we’re recognized globally doesn’t mean we’re necessarily in step with what’s happening globally. Case in point: in recent years, acts like Dua Lipa, Jorja Smith, and Kali Uchis have made names for themselves by bringing traditionally marginalized voices to the forefront of pop. These are women of color with distinctly un-American takes—folks that bring a fresh perspective to common themes (love, breakups, etc.) by simple virtue of not being white girls from Franklin with a Martin D-28.

So where do we find these voices in Nashville? Look no further than Nashville-by-way-of Leicester, England, artist Lucy DK. Since moving to town in 2015, DK (short for Davies-Kumadiro) has released a solid stream of singles that will likely land with fans of Unplugged-era Lauryn Hill, Bjork, and the aforementioned international artists. DK makes smart, multilayered pop that sinks its teeth into familiar subject matter—homesick sickness, lost love—only to subvert the expectations surrounding these well-trodden issues. Take 2018’s “Drama” as a case study. Here, DK introduces an ex who, mid-breakup, accuses her of being prone to hysteria. By the end of the song, however, we realize that DK’s simply confronting an issue that was caused by (shocker) the guy’s bad behavior. If there is any “drama” present, it’s probably because the guy is a dismissive and insecure asshole, not because DK is the dreaded “psycho” girlfriend. It’s a welcome break from breakup tunes plagued by guilt and longing, and we can’t wait to hear more.

For her favorite local hang, DK picked Santa’s Pub, a spot that is appropriately drama-free. “Santa’s provides the bizarre night out I never knew I needed,” she explains. “It’s Christmas-themed all year round, and there’s karaoke. It’s genius. I want to take the business idea home with me to England.”

Lucy DK’s latest single, “Beth’s in China,” is out now.