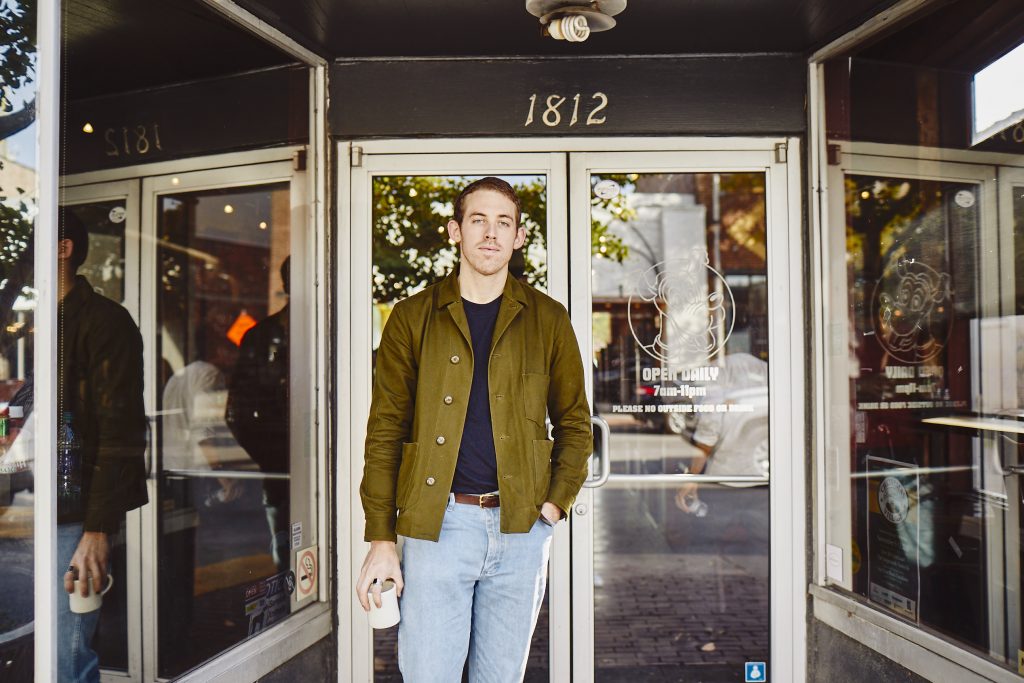 Chalk it up to the immediacy of streaming, creepily precise algorithmic targeting, or simply the evolution of popular culture, but one thing is certain: we are living in a post-genre musical landscape. Music fans in 2018 (or at least most music fans in 2018) aren’t loyal to one specific style, and they’re unfazed by the arbitrary genre wars that defined the tastes of past generations. Gone are the days of “Disco Sucks” and “I like everything but rap and country”; check out any local scenester’s Spotify, and you’re likely to find Chic, Real Estate, and Travis Scott all living comfortably next to each other on a playlist.

One Nashville artist that thrives in this no-labels world: Thad Kopec. The producer, multi-instrumentalist, and Liza Anne bassist has been hard at work on Center, the follow-up to his 2017 solo debut, The Shadow and the Caster. And folks, let us be the first to say that hard work has paid off. Between international tours and studio time with Anne, Kopec has somehow found time to make a record that takes his debut’s baroque-pop stylings to stunning—and dare we say, genreless—new heights. To say everything but the kitchen sink was thrown at this thing is an understatement: there are nods to Indian ragas; icy synths and industrial guitar that call to mind Fragile-era Nine Inch Nails; and baby-making grooves that would make Blood Orange blush. We hate to sound like an ad for Nashville Shores, but there is truly something for everyone on this record.

So where does a man whose music embodies a bit of everything like to eat? Well, he naturally likes Fido, a place where you can order a bit of everything. He’s particularly keen on the whole grain pancakes, but it’s more about the ambience than the breakfast stylings: “I love Fido because it’s a great place to sit and read alone,” Kopec explains. “It has always felt a bit magical to me. When one of those rare snowy days comes around in the winter, my favorite place to watch from is a seat in front of the big windows at Fido.”

If you find yourself alone at Fido on a snowy day, put on Kopec’s Center. We promise it’s wonderful with or without pancakes.

The next single from Center is out on December 7. The full album will release on March 3, 2019.