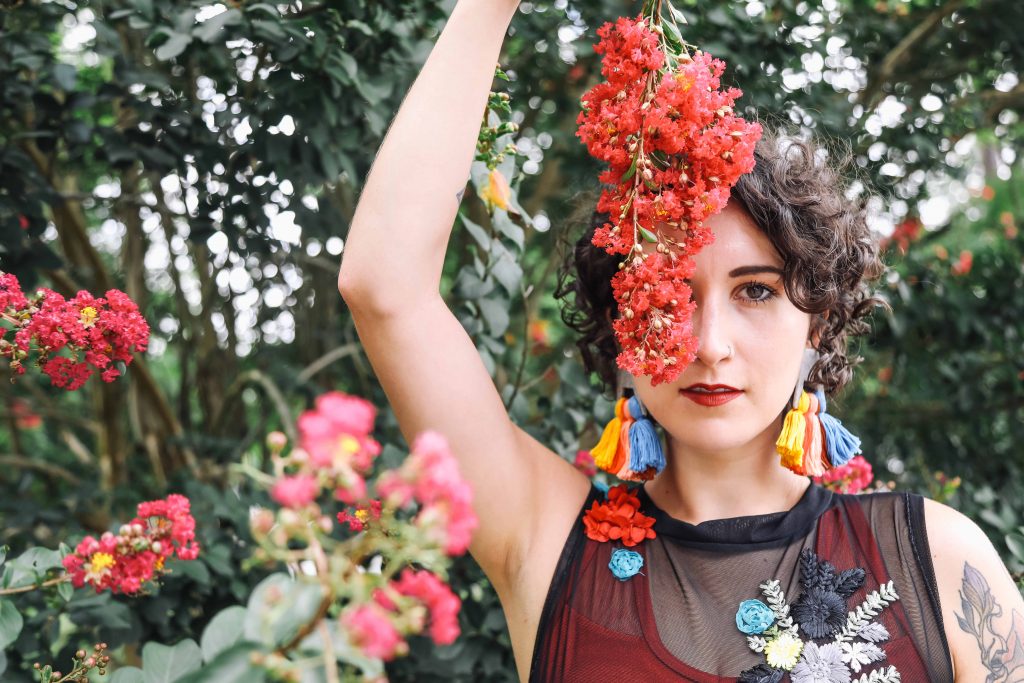 Ever heard of a zoetrope? They’re those little cylinders that kind of look like a deep salad bowl with graphics printed on the inside. When you spin a zoetrope, it gives the illusion that the series of images painted on the inside is moving. Don’t roll your eyes, but we think there’s a metaphor to be drawn from this five-thousand-year-old animation device: Too often we think we’re moving, think we’re getting to some new plateau in life. But in reality, we’re just staying in the same old pattern, doing the same old things. It’s one of the most frustrating, heartbreaking things about this dumb and beautiful thing we call existence (insert shrug emoji).

Whoa Dakota, a.k.a. Jessica Ott, is someone who understands this conundrum. On her debut album, Patterns, Ott masterfully reflects on the toxic cycles and relationships that we too often find ourselves in—the patterns that keep us spinning round and round, convinced we’re doing okay when we’re not. Take the title track’s catchier-than-hell refrain as evidence: “If you’d open up then you could get better / Or you could keep it up and repeat your patterns.” It’s a crossroads too many of us face, and because Ott examines it in her Amy Winehouse–adjacent voice (which is complemented by some springy guitars Nile Rodgers would be proud of), you might just miss the message if you’re not paying attention. But we promise, you should be paying attention.

A pattern Ott doesn’t mind repeating? Her day job as a server at Park Cafe. That’s why she picked the Sullivan Park staple as her favorite local haunt. “I’ve worked there for four and a half years, and no matter what I have going on with music—I can leave for seven months and come back with a full schedule—they support me and give me the time I need,” she explains. “I’m obsessed with the goat cheese brûlée cheese plate. Also, I’ve taken care of Dolly, Reba, and Tanya there, so . . .”

Patterns is available August 17. Whoa Dakota will perform August 25 at The Five Spot to celebrate its release.