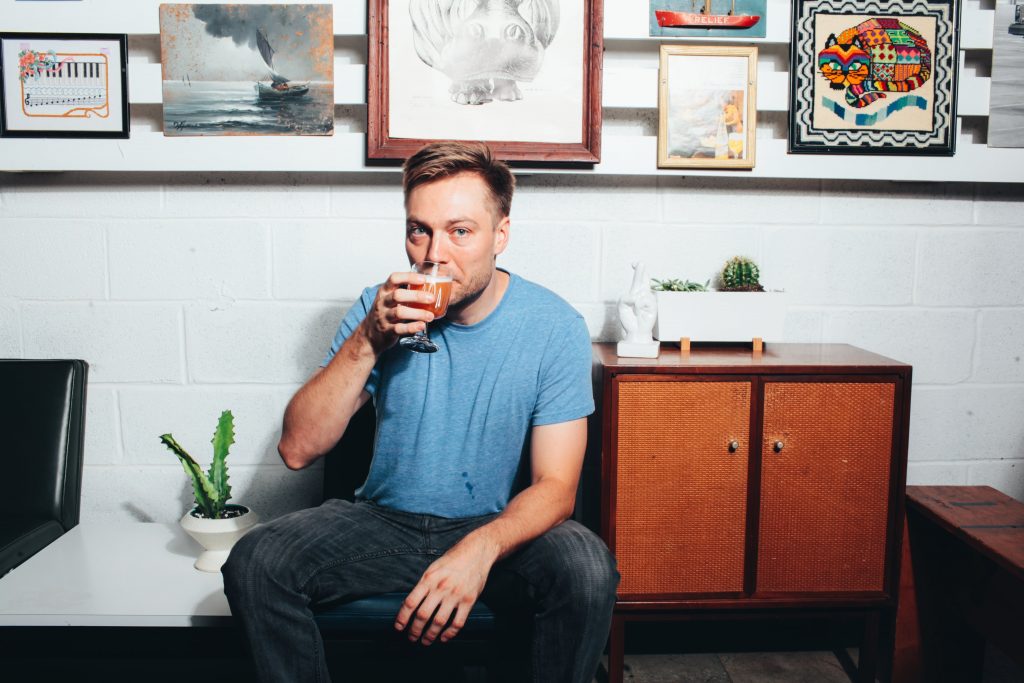 Josh Habiger and Ben Goldberg had looked at all of the open real estate at Houston Station, the creative business and event space in the Wedgewood-Houston neighborhood. Or so they thought. Chef Habiger had an idea for a French bistro, but none of the spaces at Houston Station seemed appropriate.

Then the guy showing them around mentioned a part of the building he wasn’t allowed to show anybody yet.

Naturally, Josh asked if he could see the forbidden corner of the building.  The guy reluctantly agreed to show it to them. He opened a garage door revealing a cavernous room. Stacks of lumber, a canoe or some sort of boat propped up, mid-build—the space was being used as a woodshop. A hallway connected this large room with a smaller one.

“The dynamic of this, that little room and the big room, got my wheels turning a little bit,” says Josh.

After the tour, he told Goldberg, co-owner of Strategic Hospitality restaurant group and partner in Josh’s new venture, “‘I love that space. It’s beautiful. It’s perfect for something, but I don’t know what yet.’”

He knew it wasn’t the place for his French bistro idea. That would have felt forced, and he wanted to do what was right for the space. “So I thought about it a little more,”    he says, “and I called Ben a couple days later and I said, ‘I think in that neighborhood what would work would be a neighborhood bar and then sort of a destination restaurant.’ He said, ‘Okay, which one do you want to do?’ I said, ‘Let’s do them both.’” 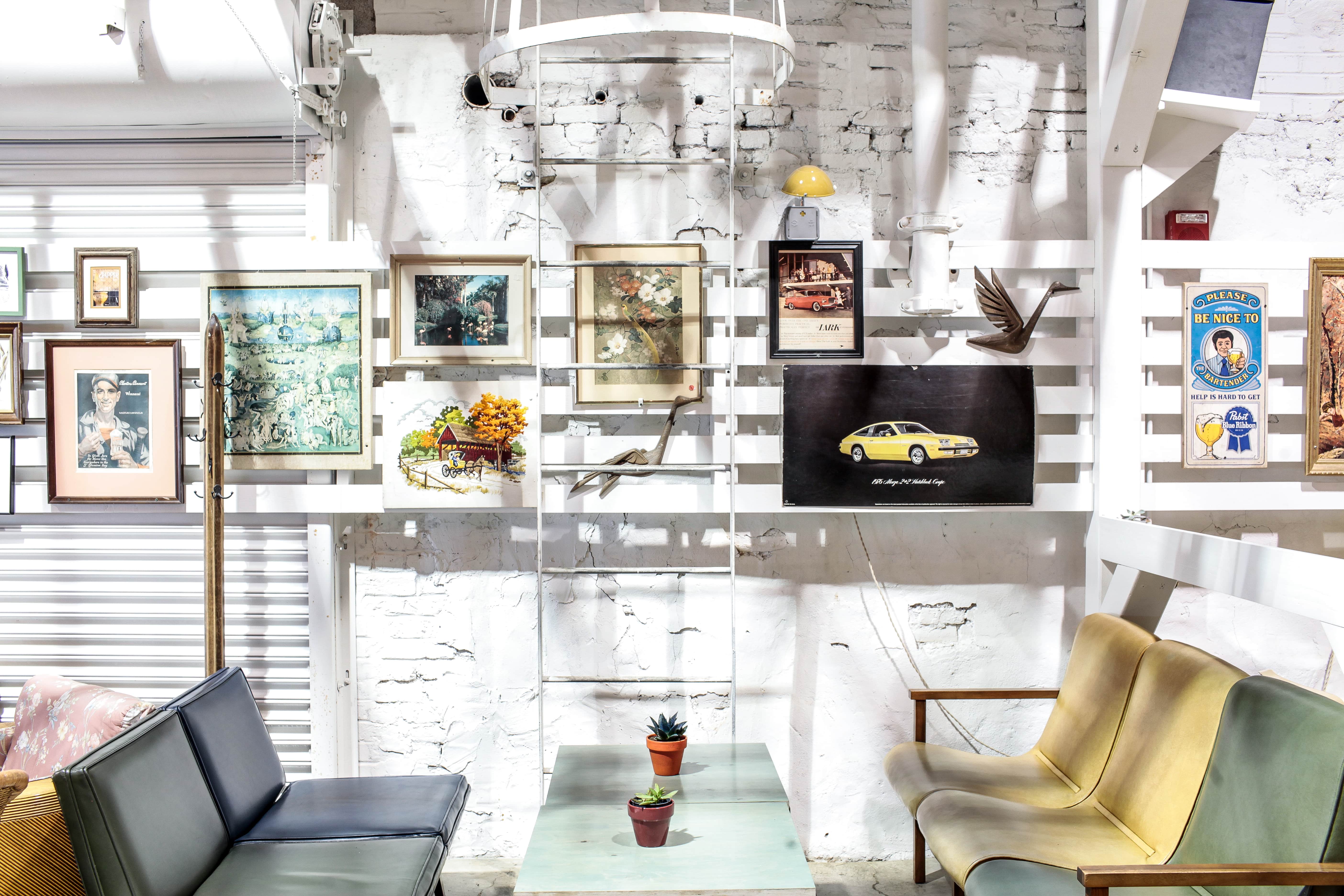 And that’s exactly what they did.

Bastion opened in the larger space in February as a neighborhood bar serving cocktails and nachos. In May, Josh opened the Bastion restaurant in the smaller room. The separate opening was strategic.

“I wanted to establish the bar as its own place to hang out,” says Josh. “I was worried people would just come to the bar to treat this as a giant waiting room for a tiny restaurant.” That’s understandable, considering the hype around the rumor that this Catbird Seat alumnus was opening his own restaurant.

Minnesota-born Josh has a reputation in the Nashville food scene. He moved here in 2008 to help open The Patterson House. Then he was co-chef at The Catbird Seat and helped get Pinewood Social off the ground. His pre-Nashville resume is impressive too: The Fat Duck in London, Craft in New York, and Alinea in Chicago.

Except, he doesn’t really put it that way. In fact, Josh talks more about his team than he does himself, and the idea of ever having a restaurant named after him is cringe-worthy: “I think it’s not really my style in restaurants [to have] one dude and everyone’s trying to recreate that person’s vision. I think here, it’s a bunch of people with a similar vision trying to achieve that thing.” 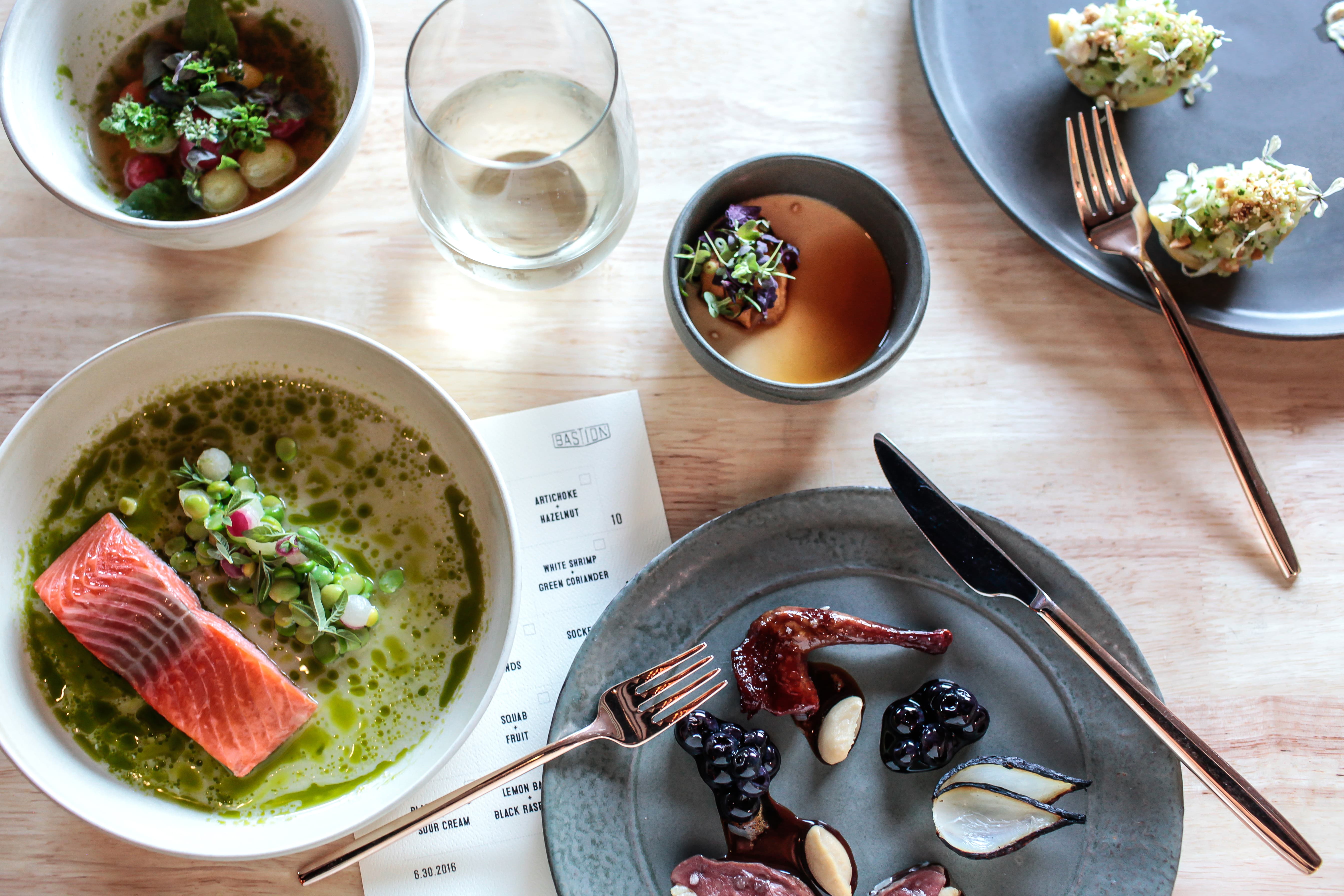 We are sitting in the bar portion of Bastion. A black-and-white mural is painted on the far wall. String lights crisscross the ceiling, illuminating high shelves stocked with liquor. The seating choices range from bar stools to leather chairs to a set of custom-made, built-in bleachers.

“Some of these elements—large shelves of alcohol, string lights, record player, some of the furnishings—a lot of people that know me say this is the same thing as my apartment,” Josh laughs.

When I ask him what it’s like to walk into a restaurant that is his own, a manifestation of his dream and vision and style, he says, “Well, I don’t know. It’s nice, I think.”

Josh is articulate, soft-spoken, and thoughtful. This response sounds casual, but it’s clear to me he loves and is passionate about what’s happening at Bastion; he’s just not the type of guy who’s going to let something like being responsible for one of the most-talked-about Nashville restaurant openings of the year go to his head.

He’s also an artist. The type of artist who sees his work as two things: a team effort and something that can always be better.

“Some days it feels really good and some days it feels stressful just like anything else,” he says, regarding restaurant ownership. “I think that I’m one of those people that always wants things to be better. So I’m never completely satisfied. But I’m grateful because we have a really great crew and the people that work here seem happy to work here. When we were working on the place, I kept saying, ‘I want everyone to feel like they’re taken care of.’” 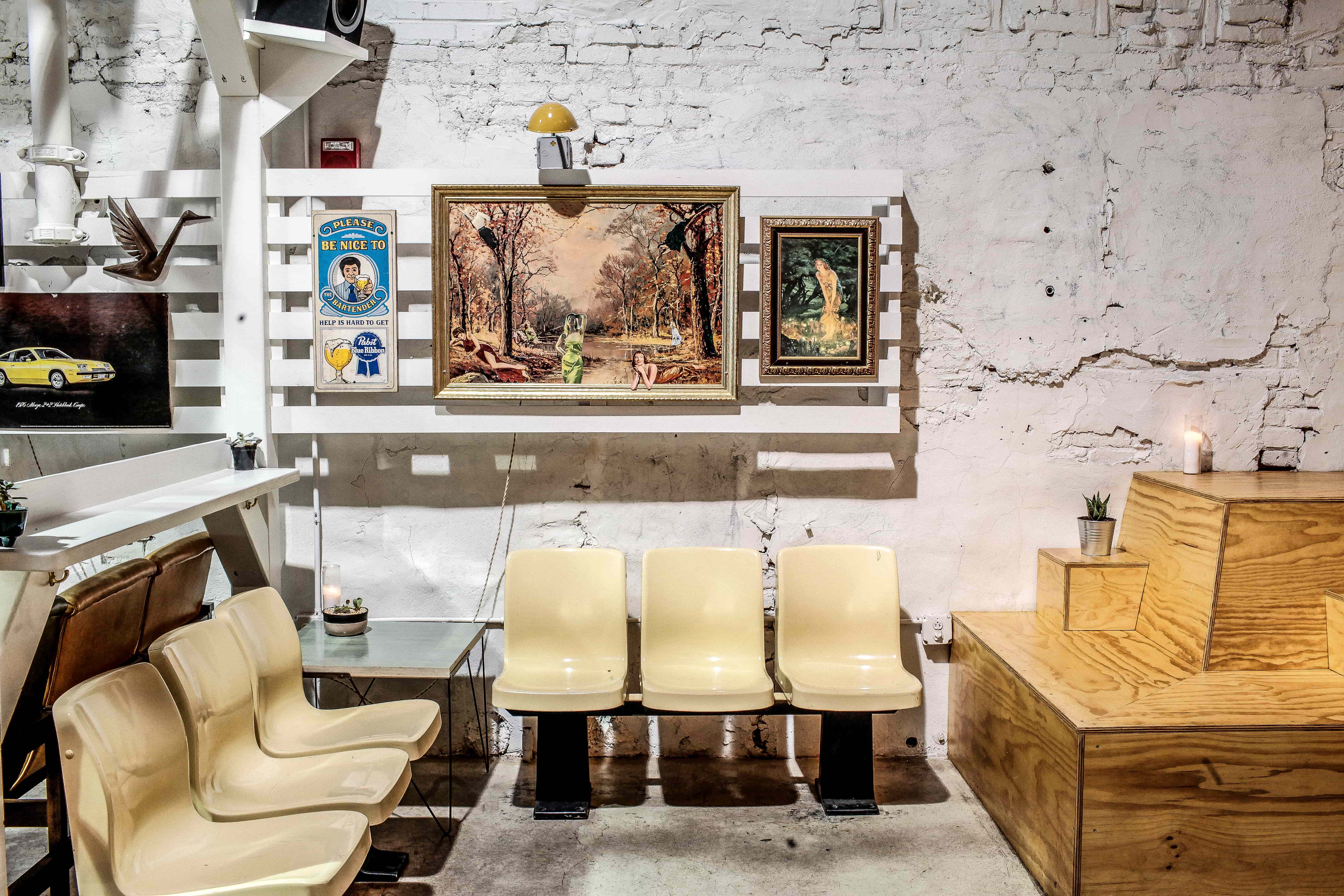 The restaurant’s name is a nod to this sentiment. The word bastion kept making strange appearances in Josh’s life before he settled on it: it came up in a conversation about The NeverEnding Story (the main character’s name is Bastian with an a), then again in a cookbook. When Josh came across a definition of the word as a “ fortress” or a “stronghold that holds on to an old idea,” he was sold. “

I think that’s the hospitality side of what we’re trying to do here,” he says, “ holding on to that old-fashioned idea of hospitality and just being genuine and honest and not trying to be anything else.”

When it comes to training the staff on hospitality, the agreed-upon motto is, “Don’t be an asshole.”

“And I mean that in a very loving way,” adds Josh. “There’s a dish we have back there with two little tortellinis in the dish, and if you’re one person getting the dish, that’s all you need. If you’re two people sharing the dish, you get one each. But if you’re three people and you’re going to share the dish, it’s like, ‘Don’t be an asshole. Give the person a third tortellini.’” I agree. More tortellinis for everyone, please.

It’s this attention to detail that sets apart an institution. It gets people talking about their experience rather than just saying, “Hey, that was good food.” And that’s what dining is meant to be, Josh says, an experience.

When it comes to training the staff on hospitality, the agreed-upon motto is, “Don’t be an asshole.”

“We talk a lot about the experience. We have a meeting every night at the end of service where we go through and we talk about what [guests] liked and didn’t like. If there were comments they made. If they liked one of the records we were playing. If they liked a certain winemaker.”

The restaurant itself offers two different experiences depending on where you’re sitting.

To get to the restaurant, I follow Josh behind a sliding metal door, past another smaller bar, and into the second room. I notice a record player to my left along with a substantial vinyl collection. A long and curvy bar is in front of me, looking onto the open-air kitchen, and directly above the bar are suspended shelves holding herbs and plates. Opposite the bar are three—only three—tables that seat parties of four to six.
The bar is meant to emulate being at a chef’s house, while the tables have a more family-style feel to them.

Josh explains, “ [At the bar], you’re looking straight ahead into what’s going on in the kitchen. With the shelving coming down, you’re drawn in and boxed out, like a TV screen in front of you. Then for the tables, I’d say that’s more like you’re going to a dinner party. You’re a little more removed from what’s happening in the kitchen . . . Every now and then more food just appears in front of them.” 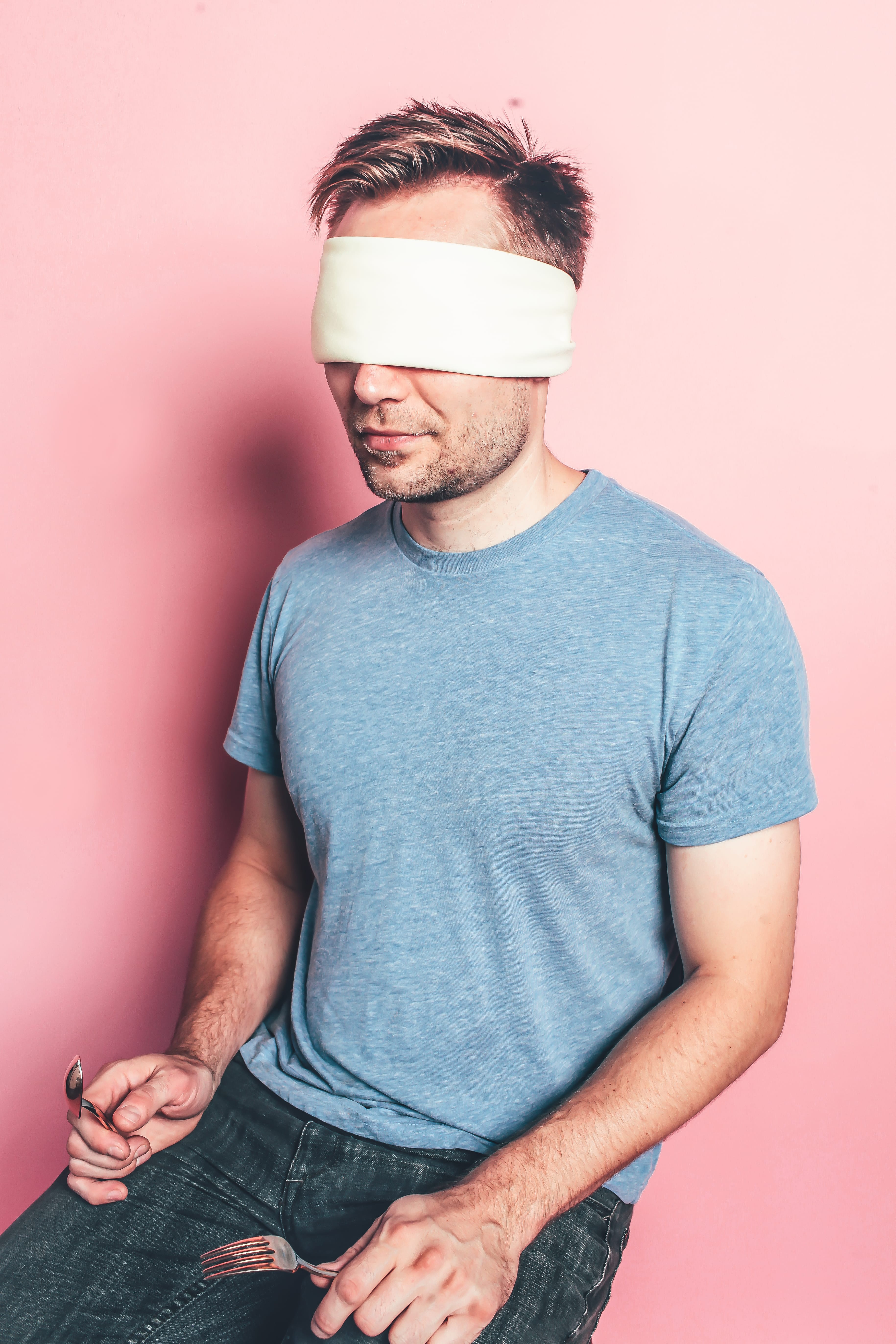 The menu consists of fifteen continuously changing dishes Josh collaborates on with co-chefs Tom Bayless (formerly at The Catbird Seat) and Patrick Carroll (formerly at Piccolo in Minneapolis).

Tuesdays determine the menu because Tuesdays are delivery day from Nashville Grown (NATIVE’s July cover story), a local farm distributor. Josh says they don’t put too many parameters on themselves as far as what they’re going to create each week, but they are mindful of balance: “We try to have a dish that might be more adventuresome and something that’s going to be more approachable and something that’s going to lie somewhere in between.”

The menu I’m looking at includes king salmon and corn, sea urchin and shiso, and artichoke and hazelnut. 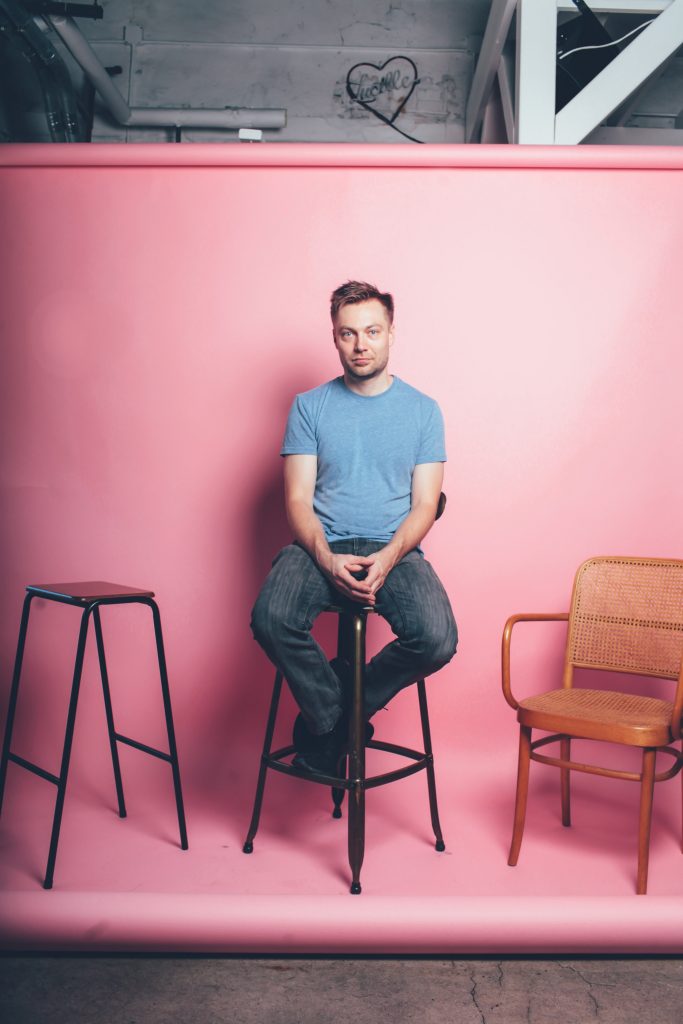 No matter your motivation, a visit to Bastion is memorable. I go back to the bar a few days after our interview to try Ludovico’s Technique—one of head bartender Michael McCollum’s creations made with gin, vermouth, banana, and black pepper.

I take a seat in the bleachers and look around. The place feels new yet familiar, comfortable yet surprising. I wonder if this is because Josh built Bastion into this space instead of building the space into his vision.

When my drink arrives, I remember how Josh described it to me during our interview: “Nothing is overpowering. Everything is balanced.”