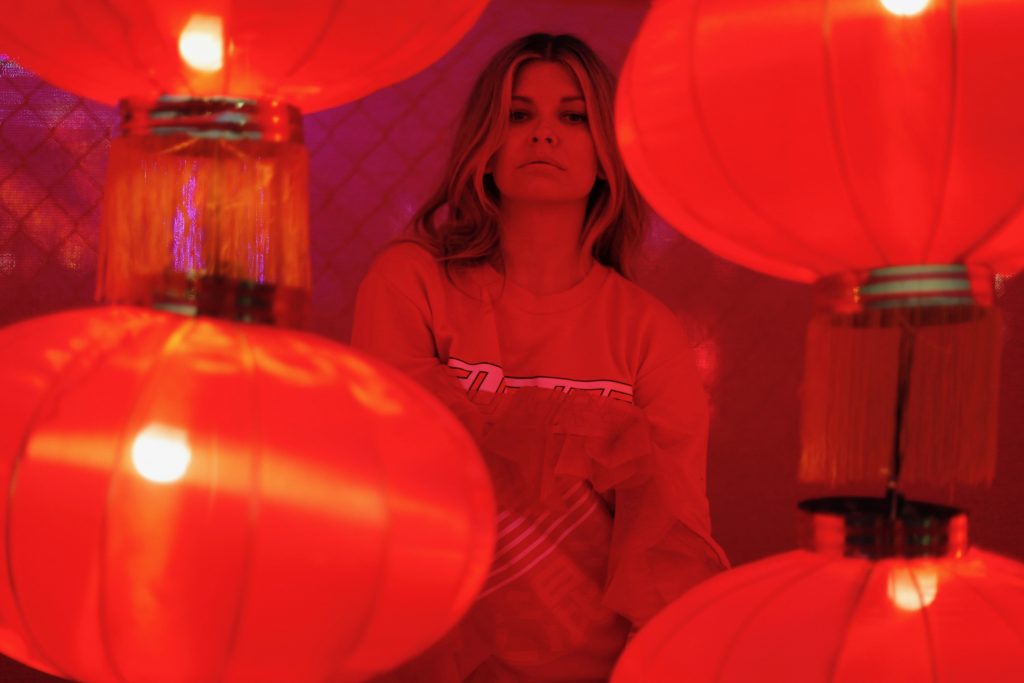 Fresh off the release of her first independent release, YU YĪ, Erin McCarley is releasing her new single, “BLACKOUT.” The track’s ominous sequencer loops and ghostly gang vocals make it the perfect track for Halloween—it sounds like McCarley and producer Bodytalkr sent Disclosure to Hell, then forced them to make a beat for Siouxsie Sioux.

“”BLACKOUT’ acknowledges the darkness that exists, manipulates, and follows us if we let it in,” McCarley told us over email. “Bodytalkr [Jeremy Lutito of the band Leagues] has been a longtime collaborator of mine in Nashville. He produced and cowrote ‘I Can Be Somebody’ and ‘We Got the World’ off of my new record, YU YĪ. Lutito and I have watched each other grow as artists and musicians over the past ten years, and he is truly one of my favorite humans and writer-producers on the planet.”

The good chemistry shows. Listen to “BLACKOUT” below, and check out McCarley’s video for “Sexicon” here.