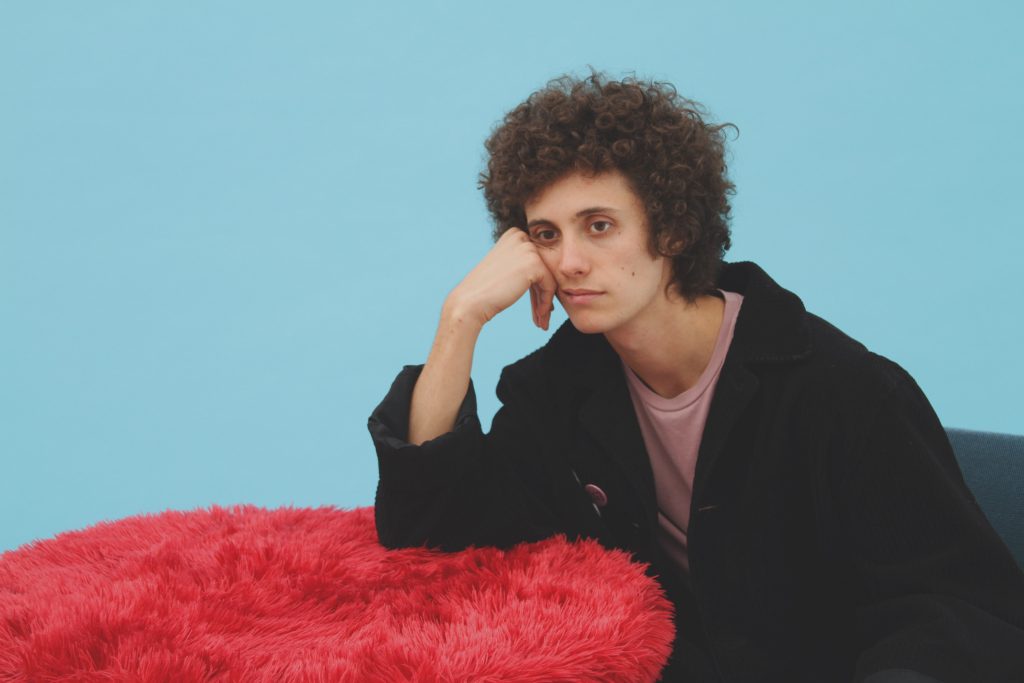 Just a few years ago, this scene would have been much different. It would have taken place in Philadelphia, and Gallo would be far from content, pissed off and feeling hopeless about the sorry state of his life. But a crisis, a move to Nashville, and a miracle transformation have changed all that.

In Heavy Meta—his debut album for New West Records—Gallo channels the rage and wisdom of his journey into a modern-philosophy version of Martin Luther’s Ninety-Five Theses, a musical manifesto that should be digitally nailed to every Facebook wall in existence.

Aggressive, brash, and unapologetic, but also tempered by hope and a splash of dark humor, Heavy Meta is a punk record in the truest sense: a slap across the face of society, a mosh-pitting release of frustration, and then a hug afterward. And back at Family Wash, Gallo explains that the hug has become the real focus for him—even when he was screaming tough love at drunk tourists on Broadway in the hit-and-run video for his first single, “Please Yourself.” 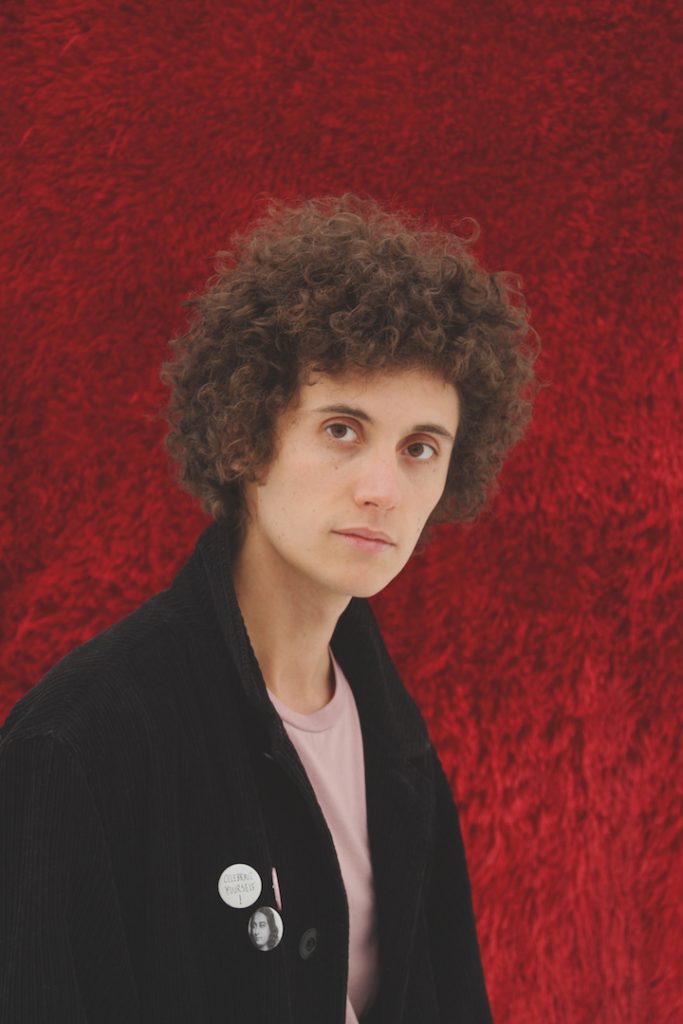 “I cover a lot of different topics on the record, but if I had to pick one thing to inspire people, it’s an idea of self-empowerment,” he says, tussling his mop of curly hair and glancing at the peaceful face on his book’s cover. “Realizing their limitless value and to stop giving the outside world the power.”

Autobiography of a Yogi is famously what led The Beatles’ George Harrison to explore Indian culture, and it also helped bring meditation and yoga to the West. But right now it’s only reaffirming the compassion Gallo discovered on his own.

As he explains it, each of us has “infinite power” to transform our lives and make the world a better place, but we avoid examining ourselves, afraid of what we might find. Instead, we retreat into distractions like work, shopping, building online personas, and self-medicating with drugs or alcohol. That’s what he did for twenty-seven years, he says, but when he finally gave up running from himself, everything changed.

“I’m all about going within,” he says. “A lot of the record comes from me just asking myself why [and] trying to get to the root of everything. If you look at the world around us, I think it’s time to start taking some personal responsibility. There’s a lot of things going on right now that people are really unhappy about, but nobody wants to do the work of turning inward and getting themselves right. It’s just a lot of finger-pointing and a lot of noise.”

Over eleven tracks, Heavy Meta gathers that noise and throws it back at the collective “us,” hoping to deliver a serious message of brokenness the only way it might cut through—by being even louder. 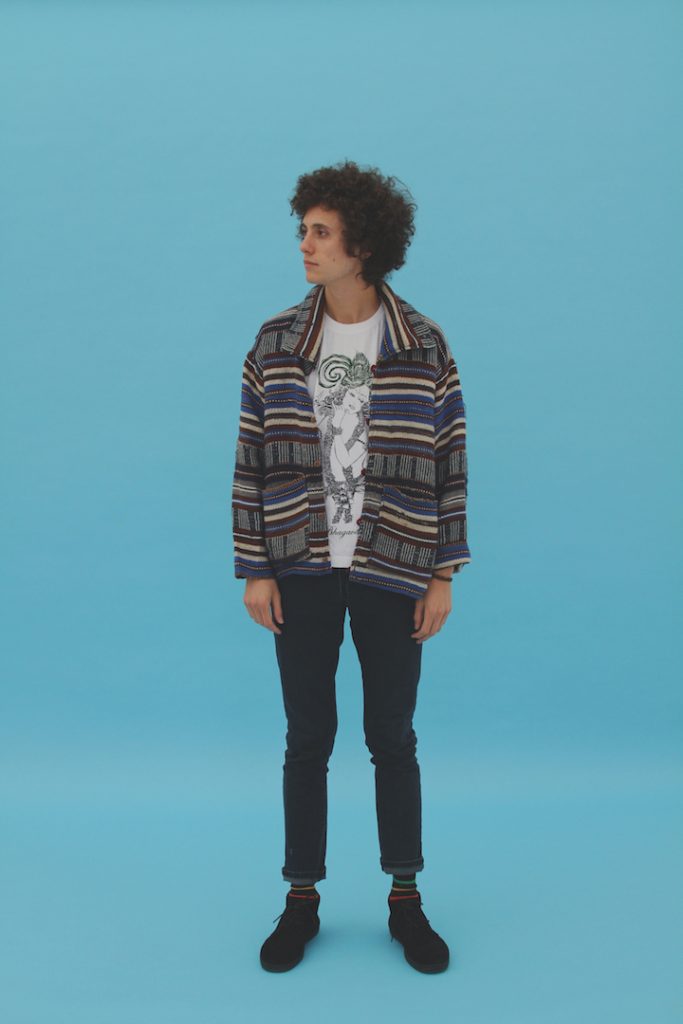 The guerilla-style video for the lead single, “Please Yourself,” is a prime example. Commandeering the intersection of Lower Broadway and Fourth Avenue on a busy November night, Gallo’s three-piece band plugs in and unleashes a calling to rise up out of the digital-consumer muck, but it falls on deaf ears. As the video ends, two bachelorettes prance up and snap a selfie in front of the band, oblivious to the irony and highlighting the difficulty in Gallo’s task.

“It’s brutal,” he admits. “I think until you’ve done it, it seems impossible. It’s like, ‘Feeling down? Take some pills. Having a problem? Go on the Internet and put it out there.’ This is a society of keeping things at bay, dealing with symptoms, temporary relief, and instant gratification. That’s why I didn’t do it for myself for the longest time.”

Gallo’s background is centered in South Jersey and Philly, a middle-class kid chasing rock ‘n’ roll dreams. He found some initial success with the Americana collective Toy Soldiers, but their momentum soon stalled. At the same time, the girl he loved was spiraling into depression, anxiety, and substance abuse, and the world they inhabited became too dark to bear. She moved to South America and began studying with local shamans, then experienced what can only be described as enlightenment. Most of the songs on Heavy Meta were inspired by her transition.

“We were completely out of communication for seven months and then she resurfaced and we started talking, and a lot of this stuff came from our conversations,” he says. “Being able to witness someone that was this ‘thing,’ and then seeing them as the complete opposite, that was mind-blowing for me and it got me questioning my own self. It was literally proof that any person has the ability to completely become whatever they want to be.

“For me it was like, Well, maybe everything I think about myself and the world is not 100 percent true. Let’s start there and work our way backward.”

"A LOT OF THE RECORD COMES FROM ME JUST ASKING MYSELF WHY.”

Gallo began changing his life. He stopped partying, backed away from social media, and started living in the present. And to his surprise, it worked. The couple reunited and he really did feel better, but it came with a price—a newfound loathing for the trappings of the modern world.

The songs on Heavy Meta are Gallo’s attempt to share what he learned and to shake listeners out of the haze he escaped. “Why Do You Have Kids” is aimed at careless parents. “Kill the Medicine Man” rails against advertising and escapism. And “All the Punks Are Domesticated” laments the garbageization of food, thought, and public discourse, along with the complete lack of opposition to it. All are aggressive, bold, and wide-eyed, unflinching in the assertion that we are the root of the world’s ills. It might sound harsh at first, but it’s ultimately meant to help.

But after you push through the initial change, he goes on, the anger subsides. Most of these songs were written about three years ago, and Gallo has since moved further along his self-empowering path.

“I spent a lot of time doing the exact things I wrote about, just being pissed at people and being pissed at the world like, ‘What the fuck?!’” he says. “But that wasn’t really a good way of looking at it either. This last year especially—long after the record was done—that’s when I started to recognize the other side: love and compassion and positivity, trying to understand people and how we’re all in the same boat. That’s really how you can make change.” 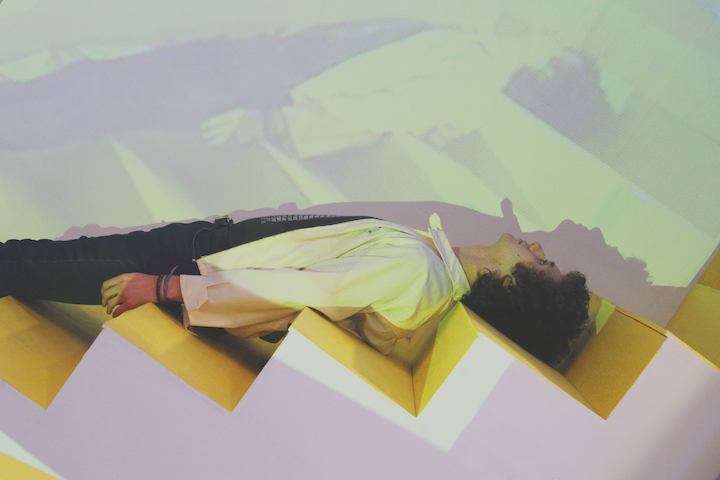 “Please Yourself” is only one minute and twenty-three seconds long, and like the rest of Heavy Meta, owes an inspirational debt to punks like The Stooges, Richard Hell, and The Clash. Post-Trump, it sounds utterly disgusted with the state of the world—but it’s personal, not political.

“I think people would assume that I’m highly political, but I’m almost anti-political, which is kind of the point,” says Gallo. “I’m trying to counteract all that political noise and getting caught up in the fakeness and the Internet. People are getting high on notifications—and I’m completely guilty of it too—but you don’t have to save the world with a Facebook post. Everybody thinks they’re going to change the universe by making this witty Instagram.”

It takes courage to stand up and say, “This whole thing is fucked up,” but that’s just the beginning — the wakeup call. According to Gallo, the true message comes after the alarm goes off: hope.

“I never like to say, ‘You are fucked up,’” he cautions. “Because we’re in this shit together, and I am no different. I’m just trying to point stuff out. The hope is in people’s ability to change, and I’ve seen it myself. The ability to become happy and put light and goodness out into the world. Everybody has that power, it’s just that some people get caught in the illness of being a human. So it’s trying to chip away at the bullshit and get to that good core. You gotta start somewhere.”

Heavy Meta is available now. Gallo tours with Hurray for the Riff Raff throughout April and early May.