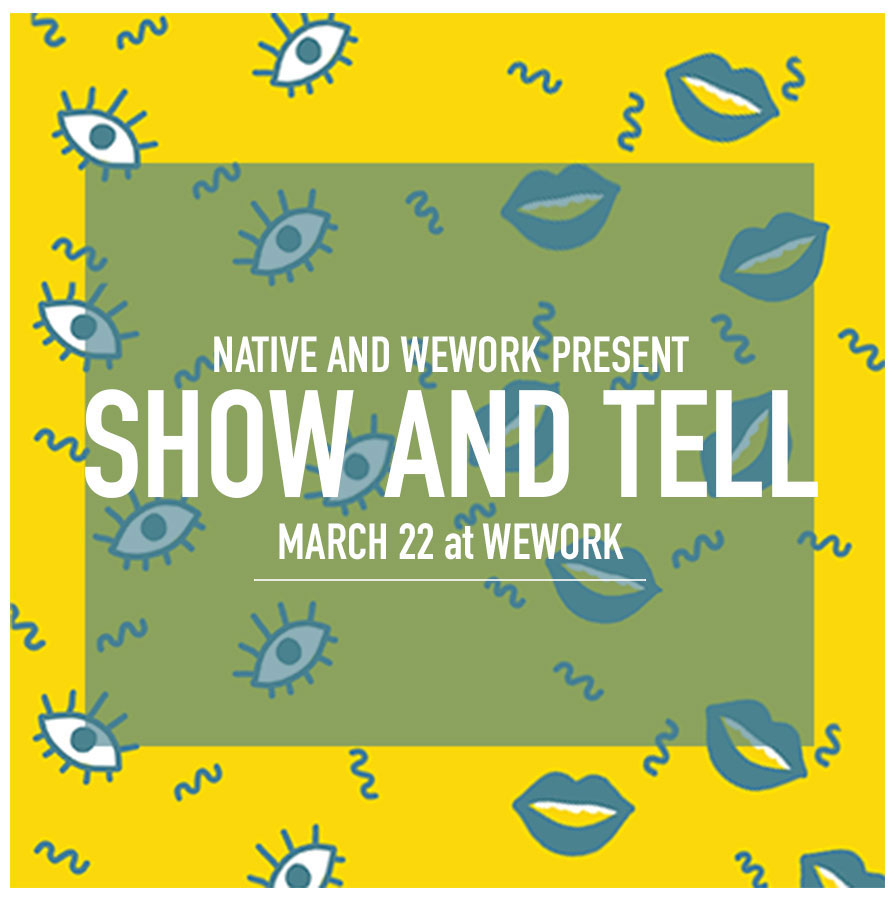 The third time is the charm, right? Tonight, we’ll be back at WeWork One Nashville Place for our third installment of Show and Tell, a night that brings together Nashville creatives for interesting conversation, as well as food and drink.

The Show and Tell begins tonight at 6 p.m. at WeWork’s downtown location. We’ve got the following folks joining us:

Brian Sexton is the founder of Creatives’ Day, which he describes as a thank you to the artists of Nashville. The nonprofit’s next event is April 7, and they have a twofer: they’re hosting a career fair and grant clinic for artists, followed by a networking mixer hosted by Creatives’ Day and International Black Film Festival. Sexton also works to develop affordable community housing around Nashville.

Local, local, local. That’s the message Christie Tarleton sends with The Farmer’s Florist, a floral design studio that sources their flowers exclusively within a 100 mile radius. With help from about five farms around Middle Tennessee, Tarleton and the team at The Farmer’s Florist bring in seasonal flowers to decorate weddings and events. They also host floral design workshops.

People are picky about their bagels, especially if they’re from New York. PastNATIVE feature Heather Speranza is both, and she—along with her husband and parents—channeled that passion and opened Proper Bagel, one of Nashville’s most popular restaurants. The modern, chic bagel shop on Belmont Boulevard frequently has a line out the door.

Sarah Gavigan is currently putting on the best juggling act in Nashville. She’s the chef and restaurateur behind Otaku Ramen, Little Octopus, and POP To-Go. When Gavigan moved back to Nashville, her hometown, in 2010 (she’d lived on the West Coast for years), she took it by storm. And ss if this wasn’t already enough, she’s got a ramen cookbook coming out in the fall.