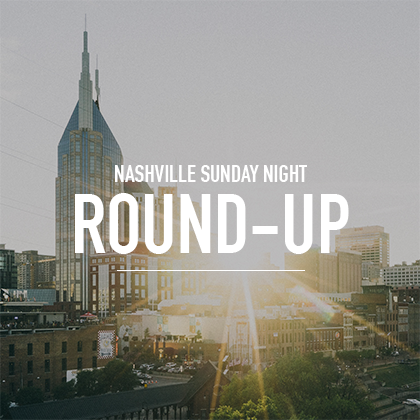 You can’t be everywhere at once. And Nashville’s ever-present line up of superb shows doesn’t make this reality any easier to swallow. We’ve narrowed it down to the top three that we think you should know about. We’ll let you do decide which one you think is best.

Our first choice is about as American as it gets. I’m talking Americana night at Mother Church. That’s right. Justin Townes Earle & Band of Heathens are playing at The Ryman Auditorium. The show kicks off at 7:30 and that’s just enough time to swing by Robert’s Western World and grab a PBR to complete the southern trifecta: banjos, beer, and baby Jesus.

Next up we have an option that’s fun for the whole family. Jessie Baylin and past You oughta know artist Erin Rae are playing 3rd and Lindsley thanks to our good friends at Lightning 100. If you find yourself trying to juggle family and fun, look no further. The inspiration for her new album “Strawberry Wind” came from her struggle to balance her family life with her creative life. Well, that and a bunch of singer-songwriters from the 70’s. It’s wholesome, down-to-earth music that everyone can enjoy. You won’t want to miss Erin Rae either. Her newest release “Putting on Airs” places her heavenly voice amongst heartbreaking lyrical meditations on addiction, love, and identity.

And last, but certainly not least, we have the hipster dream duo from Brooklyn, Sleigh Bells, and beloved past feature Torres. This isn’t going to be just another show at The Basement East where all the ‘cool’ kids stand with their hands in their pockets along the back wall and do the infamous head nod. There will be none of that. One look at Torres and all those Belmont kids will be cowering in their black and white checkered Vans. She’s the queen of cool and more than enough to get everybody to change that subtle nod into a full-on headbang.