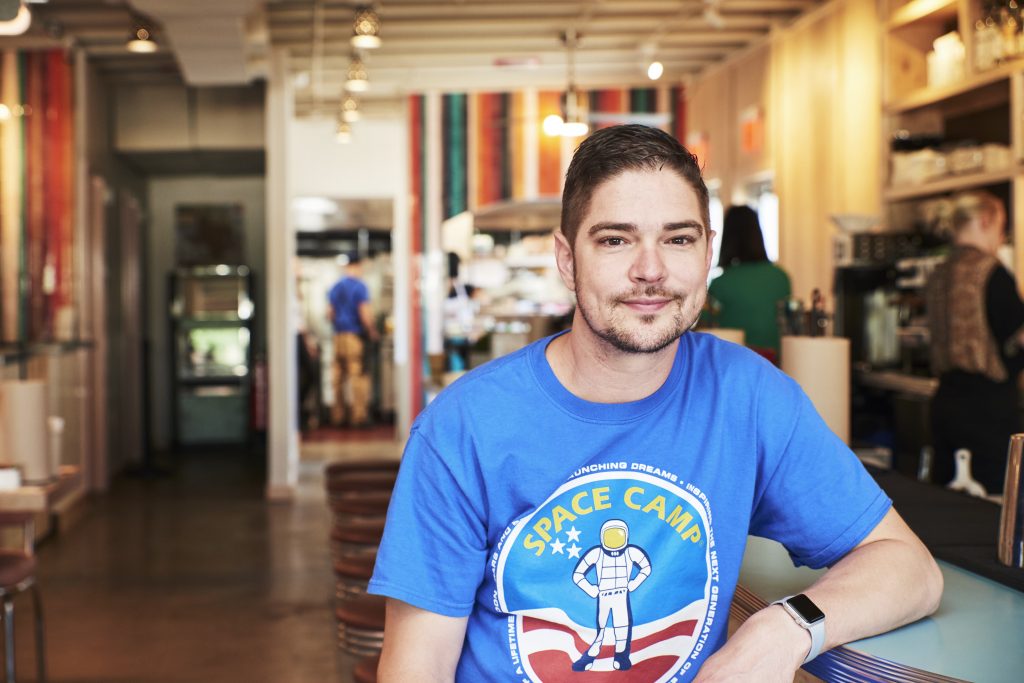 “This is the food I’ve always made when I’m not working,” says Bryan Lee Weaver, executive chef of the newly opened Redheaded Stranger on Arrington Street in East Nashville.

Weaver, who moved to Nashville in 2015 to open the Butcher and Bee along with business partner Michael Shemtov, is an unassuming, soft-spoken chef whose passion for his food is apparent just a few minutes into a conversation.

“The food at Redheaded Stranger is a lot more personal to me,” he says. It’s the first time he’s been involved in a restaurant’s development from start to finish. “This just feels like me,” he says. “This feels like home.”

Weaver’s original home was Fort Worth, Texas, where his first restaurant job was as a dishwasher at a mom and pop Mexican restaurant. He quickly moved up to line cook and perfected the art of making sopapillas during high school.

After a move to Portland years later, he was first introduced to a fine dining concept under chef Sarah Schafer at Irving Street Kitchen. The kitchen served upscale southern fare that featured fried chicken, greens, hot chicken fried oysters and many other staples from the south.

His next move was down the west coast to the bustling culinary scene in Los Angeles. Weaver took a sous chef position at Superba Snack Bar, where he could utilize the high-quality, year-round produce available in California.

In 2012, the executive chef position at Superba came open, and Weaver took the job – his first time running a kitchen. “It was a small place,” he says, “and we were very farmer’s market-driven. A lot of small plates and charcuterie.”

During that time, Weaver met Michael Shemtov – Charleston-based owner of Butcher and Bee. Shemtov came out to visit and eat dinner at Superba. “He really appreciated what I was doing with vegetables,” Bryan says. “That’s what drew him to my food to begin with.” 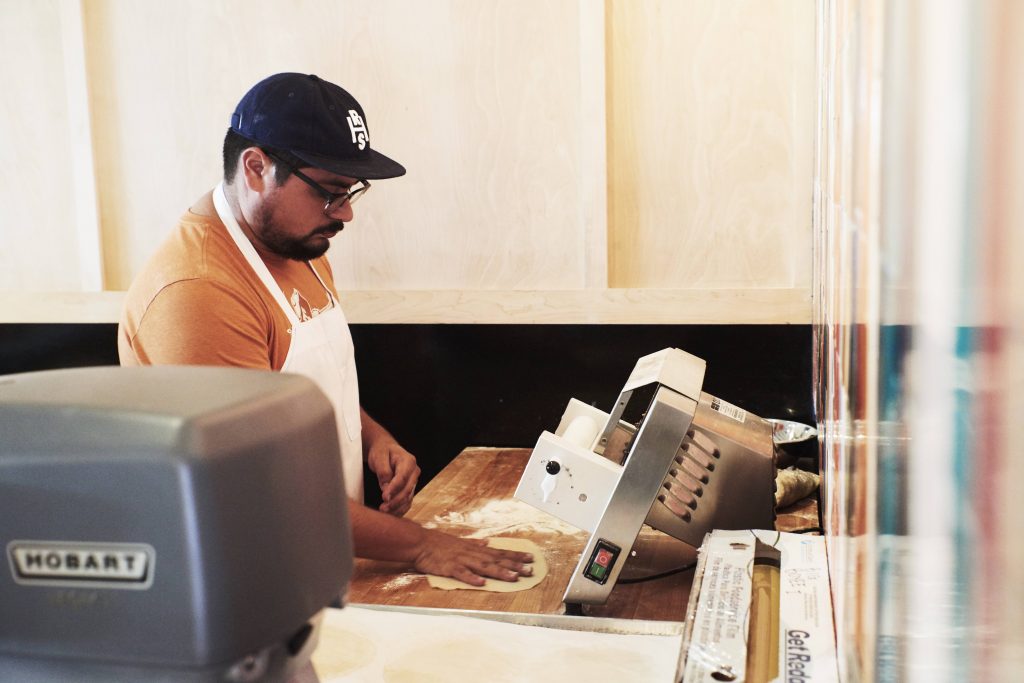 Explaining his approach to vegetables, Weaver says “I just like finding quality ingredients and making them the star. In L.A. we were fortunate to have amazing produce. Everything in Nashville is more seasonal, but the produce here is really incredible too.”

The day after Shemtov’s dinner at Superba, he posted on social media about a chef position at a new Butcher and Bee outpost in Nashville. Weaver reached out: “I said, ‘Hey, I saw where you need a chef. He says ‘Yeah, do you know somebody?’ I told him I might be interested but I needed to talk with my wife.” Bryan’s wife wasn’t too fond of L.A. so she gave the go ahead and they were on their way to Nashville.

The Butcher and Bee concept was already in development. And with Shemtov having already opened the flagship in Charleston, he had a solid foundation for what he wanted at the new spot in Nashville.

Weaver had no experience with Israeli cuisine – the inspiration behind Butcher and Bee’s menu. But he dove right in when he agreed to take the position. “I never worked with these flavors, so Michael sent me a bunch of books and I bought several. I love reading cookbooks anyway. I kind of winged it and did a pretty good job,” he says. “A little later, I was able to go to Israel and see it all firsthand, and I realized I had been doing all right.”

After awhile at “the Bee,” Weaver and Shemtov had a conversation about a new concept – what would eventually become Redheaded Stranger. The pair announced the restaurant in 2017 and construction officially began earlier this year.

Weaver was home again. His restaurant career had come full circle, from a dishwasher at a local mom and pop Mexican joint in Fort Worth to running his own kitchen at a Southwestern-inspired, self-described “taco shop” in Nashville, Tennessee. 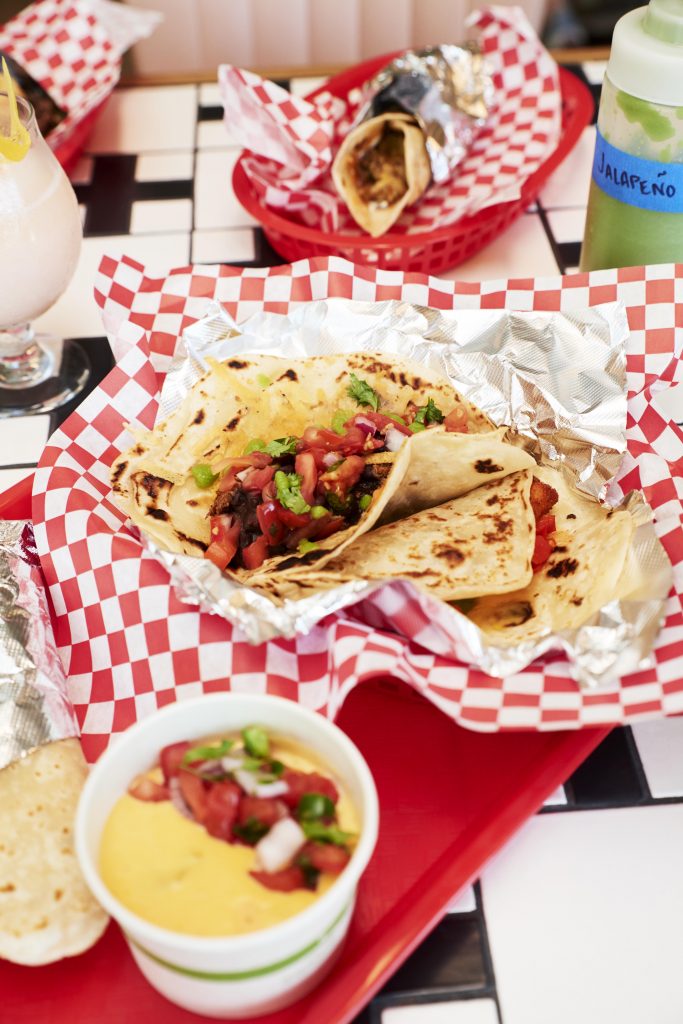 The building itself is unassuming. But then there’s the sign – that sign. A teal, cursive font that boldly displays “Redheaded Stranger” stretches out above an outdoor patio with misting fans in the August heat. “It reminds me a little of Miami Vice,” says Weaver, “and it looks amazing at night” – a feature that customers will no doubt enjoy when the Redheaded Stranger opens for dinner sometime in the fall.

Weaver pulled the name from the 1975 Willie Nelson album, Redheaded Stranger. Worried about the potential legal implications of using the name, Weaver recalls sending a message to the general email listed at Nelson’s website. Within hours, Nelson’s granddaughter replied to the email saying she’d love for him to use the title and couldn’t wait to visit.

The menu, crafted by Weaver, features southwestern-inspired tacos that are perfect for breakfast or lunch – with all of them using his house-made flour tortillas. There’s a breakfast burrito with chorizo, green chile sauce, pepper jack cheese, hash browns and scrambled eggs. The highlight of lunch options might be the green chile cheeseburger, with chopped hatch chiles, American cheese, Gifford’s bacon and ranch sauce on a Martin’s potato roll.

When Weaver talks about the Redheaded Stranger menu, two things stand out: His love of green hatch chiles and homemade tortillas.

You’re not going to see a lot of places in Nashville making their own tortillas, and that was a gap Weaver wanted to fill with this new restaurant. “There’s just something very comforting about flour tortillas,” he says. “I’ve always loved them.” He says they have two people dedicated all day just making the tortillas inside the restaurant. You won’t find one type of tortilla at the Redheaded Stranger, though – those made with corn.

When it comes to tortillas, Weaver is all about the flour. “I try to be very upfront about it.  At Butcher and Bee, we try to have something for everyone and cater to dietary restrictions. But here we’re going to do these few things and do them well,” he says.

The chiles are of a variety that can only be found in Hatch County, New Mexico. They’re named after the area from which they come, much like the Champagne region in France. “They have different levels of spice,” he says. “They’re real meaty and just unique.” 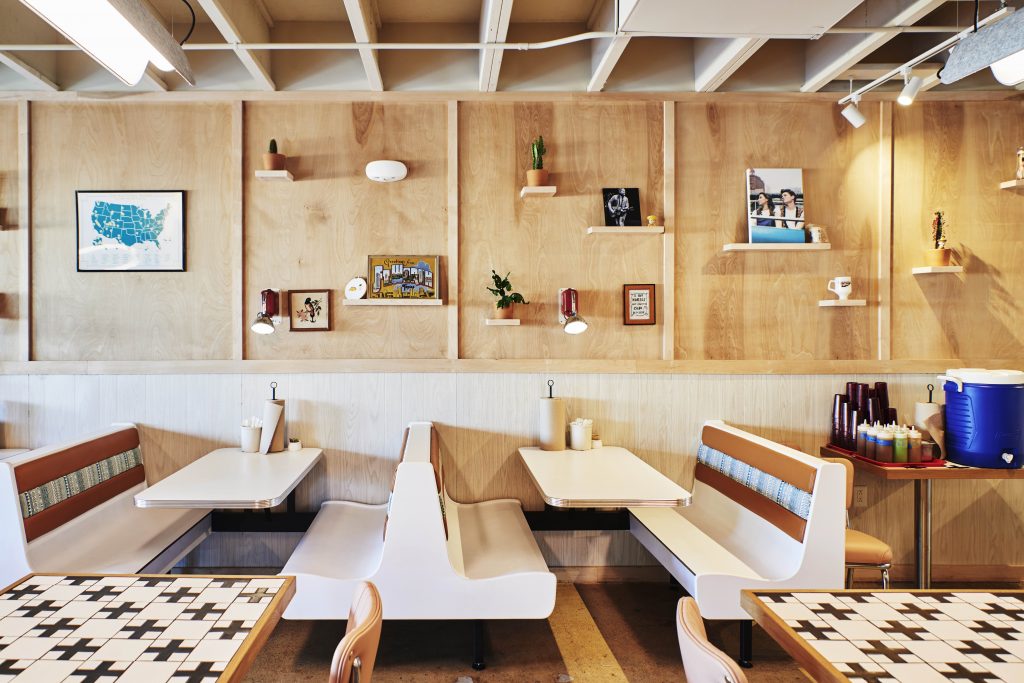 A lot of Weaver’s love for the Hatch chile, he says, also has to do with nostalgia. “I’ve always loved really spicy food. One of my first jobs in the kitchen was making a green chile sauce. So I’ve always been drawn to them for some reason.”

He’s also drawn to a more personable style of management. “I’ve had stuff thrown at me in the kitchen before. That stuff does go on,” he says. “But I’m not into screaming at people. I can get much more out of them by treating them as a human being. There’s much more room in our industry for care and compassion.”

With the labor pool for cooks in Nashville relatively small, Weaver says he has to always keep that attitude in mind. If he’s trying to teach someone a new technique, “sometimes I have to step back and have some patience,” he says. “I’m a teacher as much as anything else.”

That patient, easy-to-get-along-with approach has suited him well in Nashville, as he’s quickly became an integral part of the culinary community over the last several years. In just a few sentences Weaver rattles off some of his go-to Nashville spots. “I go to Peninsula and City House a lot. Tandy [Wilson’s] food is really consistent. And, sometimes, I just go there for dessert because their desserts are amazing. I love the pizza at Folk and Emmy Squared,” he adds.

“The community in L.A. is kind of cliquish. It’s not cutthroat here. The other chefs have been very welcoming and we love it here,” Weaver says. You might have seen him highlighting many specialty dinners, like the Chef’s Backstage event with Kyle Patterson from Sinema and the Music City Food and Wine Festival. He’s also made an appearance as part of the Charleston Food and Wine Festival and joined an impressive group of fellow chefs at the “Taste of the Master Chefs” event in Augusta, Georgia during the 2018 Masters.

When talking about the next big thing on his list, Weaver keeps it close to the vest. He mentions that another Redheaded Stranger location is a possibility. “If it were to happen again, it would have to be really calculated and really feel like the right situation.” He also mentions doing something really small. “I’ve never had the chance to flex culinarily,” he says. He’s thought about a high-end place with “maybe 10 items on the menu.” He adds, “My wife is really passionate about wine so it’s something she could help with.”

“What we’re doing right now fits well into what Nashville needs,” he says. So with that type of approach, Weaver will be very intentional about whatever is next, making sure it makes sense for the city.

From Fort Worth to Portland, Portland to L.A. and L.A. to Nashville, Bryan Lee Weaver has made an impact in the culinary scene no matter where he’s been, but his greatest impact has been right here in Nashville.

He was a stranger to the city only four years ago. But in that short time, he’s found a new home and Nashville couldn’t be happier to have him put down his roots long term.