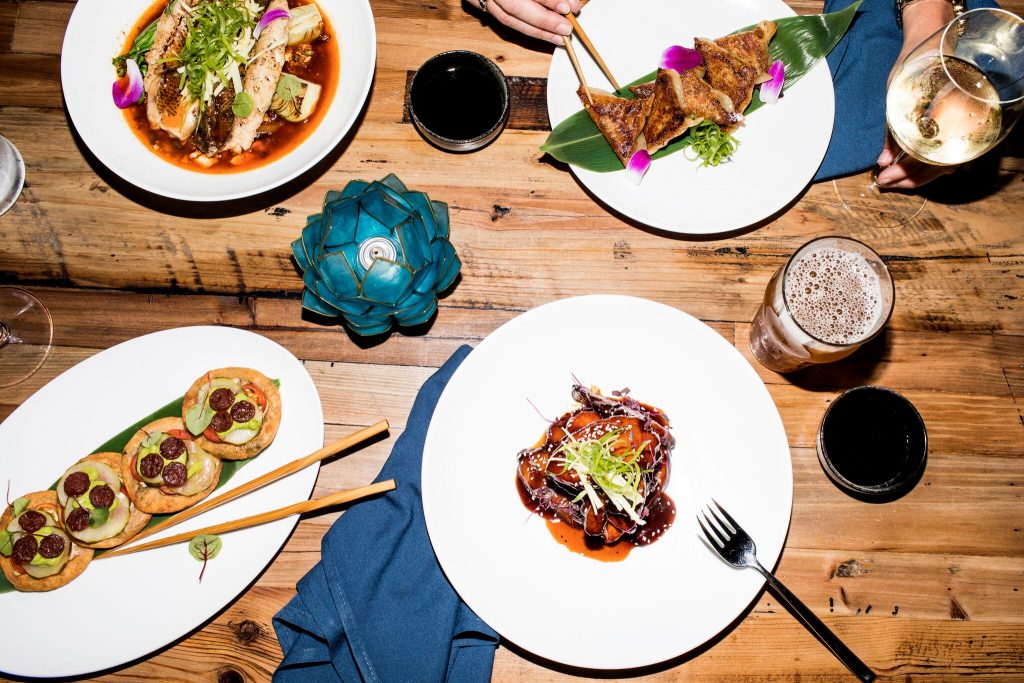 I’ve never heard of the North Gulch. I’d heard this general vicinity downslope from the Capitol called Hell’s Half-Acre, named for the jumble of makeshift homes that popped up here after the Civil War. Still, here I am, at the intersection of 12th Avenue North and Grundy Street. In the North Gulch.

At the crossing sits Chauhan Ale & Masala House, the award-winning establishment from restaurateur and chef Maneet Chauhan, which has become a local favorite since opening in late 2014. Just a few months ago, Chef Chauhan’s restaurant group completed building out the space next door to the Masala House and opened Tànsuǒ, handing the kitchen to Brooklyn-based chef Chris Cheung. With a sumptuous interior and a menu that employs its chef’s encyclopedic knowledge of Cantonese cuisine, Tànsuǒ has immediately elevated the status of Chinese food in Nashville.

When entering the dining room, my eyes are pulled in countless directions. Floating high above, hanging from wires that look too small to hold the weight, are long, thick beams, recalling the extended eaves of ancient Chinese temples. The railing that runs along the edge of the mezzanine level is strung with lemon-sized wooden spheres; it takes me a moment to realize that they turn the railing into a room-sized abacus. I sit across from Chef Cheung in an aquamarine leather booth and ask how he got here. He starts from the beginning. 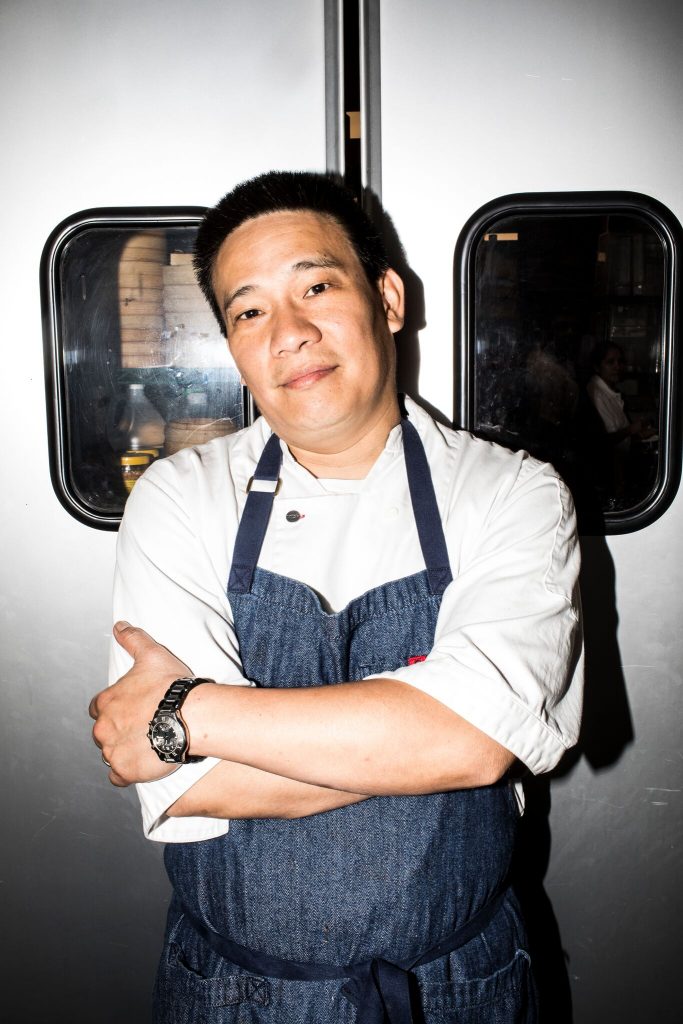 “I grew up on Mott Street,” Cheung tells me, referring to the street that is the heart of New York City’s Manhattan Chinatown. “That was really the only Chinatown that I ever knew.” The shops and restaurants that Cheung knew as a child had been there since the 1920s and were still owned by first-generation immigrant families. “Wow, how things have changed and grown and expanded,” he recalls. “Chinatown is so close, near and dear to my heart . . . In hindsight, looking back at the Chinese culture, I took it for granted so many years. Because [when] you’re part of the community, you don’t really see the beauty of things until you step away from it a little bit.”

"When you’re part of the community, you don’t really see the beauty of things until you step away from it a little bit."

Many of the eateries from Cheung’s childhood have closed, but it’s not a sad story of mom-and-pop shops losing out to multinational chains. “The last ten to fifteen years, most of those restaurants are now closing, little by little. Why? Basically because the families made it. They made the American dream. They came here from China, dead broke, opened a business, cultivated that business, made that business wildly popular within the community. That money that they made went to sending their kids to college, and they became doctors and lawyers and accountants—”

Here I interrupt. “And chefs?” I suggest. “No!” Cheung replies. “No. In the Asian community, the poor worked in restaurants . . . They sent their kids to college so they wouldn’t have to work in restaurants.” After college, he suggests, the educated children weren’t interested in taking over the family business. “The kids come back and are like, ‘Uhhh I live in Long Island now, and I’m a doctor. There’s no way I’m going to run a restaurant in Chinatown!’ And so eventually they close. What you see is an era gone by, a generation gone by, and a type of restaurant that you’ll never see again.”

With Tànsuǒ, Chef Cheung is paying homage to the food of his youth. The first wave of Chinese immigrants to settle in New York were from the Toishan region of Guangdong, a southeastern province of China. In migrations from Toishan, first across the South China Sea to Hong Kong and then to the United States, Cheung’s relatives brought with them the cuisine of their homeland. 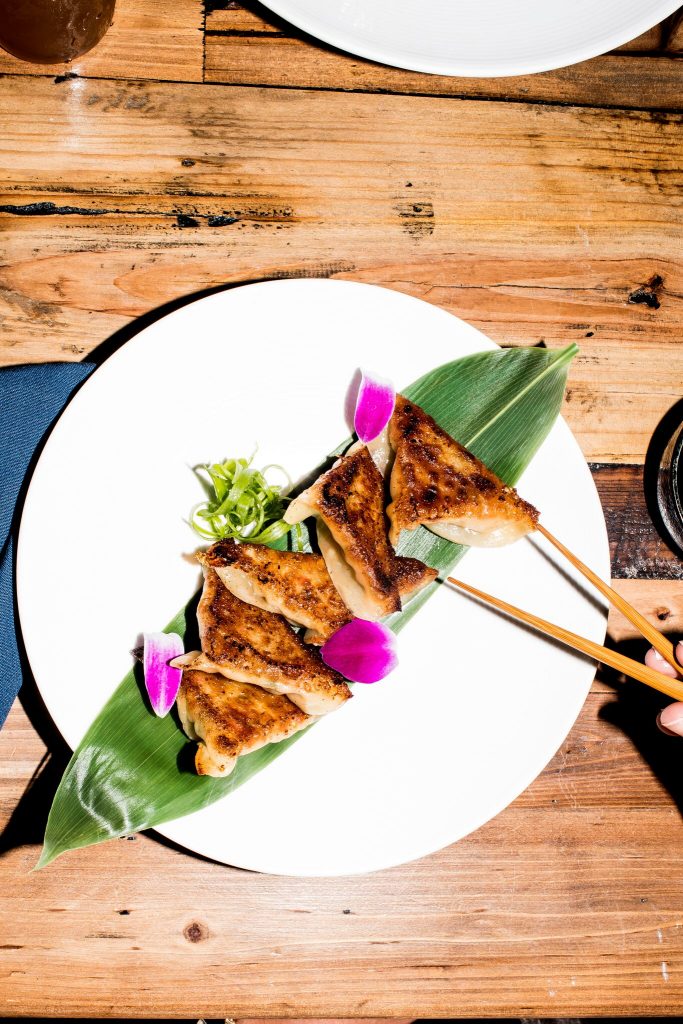 Food was an important source of comfort as these immigrants struggled to establish a new life, working long hours in challenging conditions or facing discrimination. “Some really good meat cooked on rice and vegetables, something that kinda reminded you of your homeland. That was what you hung on to and clung to as far as getting through the day. The week. The month. The year.” The food of home, Cheung explains, “lit a light of hope for a community to keep going.” Tànsuǒ’s menu is steeped in nostalgia for that time. Basically, it’s painting a picture of the old ways, and what I grew up with as far as the Chinese community, and how they had a dedication to food which is different than today.”

Some of Cheung’s recipes have roots going back more than a thousand years. Many of those recipes ended up Americanized to appeal to a broader audience. You know their names: General Tso’s Chicken. Beef with Broccoli. Chicken Chow Mein. More bland, less adventurous, and ultimately, hugely popular.

Among today’s leaders in Chinese cuisine, there are two ways of working with these recipes. One is to look to the past, a throwback movement that attempts to recreate the authentic dishes that pre-date the Chinese-American classics. The other takes a more avant-garde approach, looking for creative ways to transform Chinese cuisine into something new. Bridging these two distinct paths are chefs like Cheung. “I’ve been taught the authentic, traditional ways over the course of my career, which I deeply honor, and feel privileged to be able to practice this type of cuisine. But I’ve also been trained by some really great chefs in New York City, and that allows me to translate some of my [knowledge] of Chinese food into more visionary, creative, and modern takes.”

I really want to like Chinese food, but it’s too spicy for me. I really can’t eat it. This, Cheung relates, is a statement that he’s heard a number of times from American diners. It’s shocking to him, because Cantonese cuisine is, generally, not spicy—but the cuisine of Szechuan (or Sichuan) is world-renown for its fiery flavors and peppercorns that impart a numbing sensation. The Chinese province of Szechuan is also nearly a thousand miles from Guangdong. It’s similar to eating a rich, buttery Maine lobster, then refusing a bright, acidic ceviche in Miami because you’ve already tried seafood. 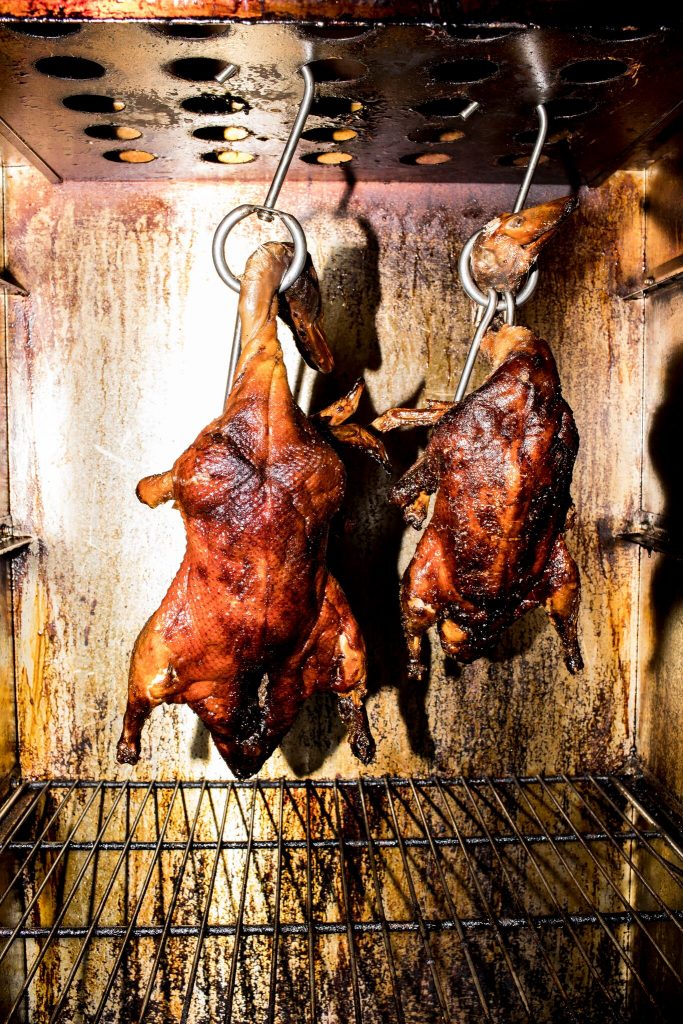 Szechuan cuisine’s popularity has exploded in recent years after coming to America with subsequent waves of immigration from China. Nashville has limited options in either style, but Cheung does point out that he’s looked to Szechuan cuisine for inspiration after a surprising discovery. “Nobody told me this, so I had to learn this on my own: Nashville has a tongue for spice. They enjoy their spicy food. A lot of my opening menu was not spicy at all. I had to adjust the menu somewhat . . . They need some spicy dishes. They need that to make their day. We need to make people happy.”

Regardless of a few Szechuan touches here and there, Tànsuǒ’s menu provides Nashvillians with a taste of all that Cantonese cuisine has to offer. There are generally three pillars of Cantonese food: first, there’s dim sum, finger foods that include a wide range of dumplings, pastries, wontons, and steamed dishes; second, seafood; and finally, barbeque, with classics like spare ribs and roast duck. “Within those dishes,” Chef Cheung explains, “you have a nuance of unctuous meat and savory flavors that are enhanced by soy sauce, enhanced by seafood products, enhanced by fermented bean pastes. That’s really where the magic of Cantonese cooking comes out.”

After my history lesson on the long journey of Cantonese cuisine (from small Toishan villages to Hong Kong to Chinatown to virtually everywhere in the United States), I’m ready to stop thinking theoretically about all this food and actually try some for myself. 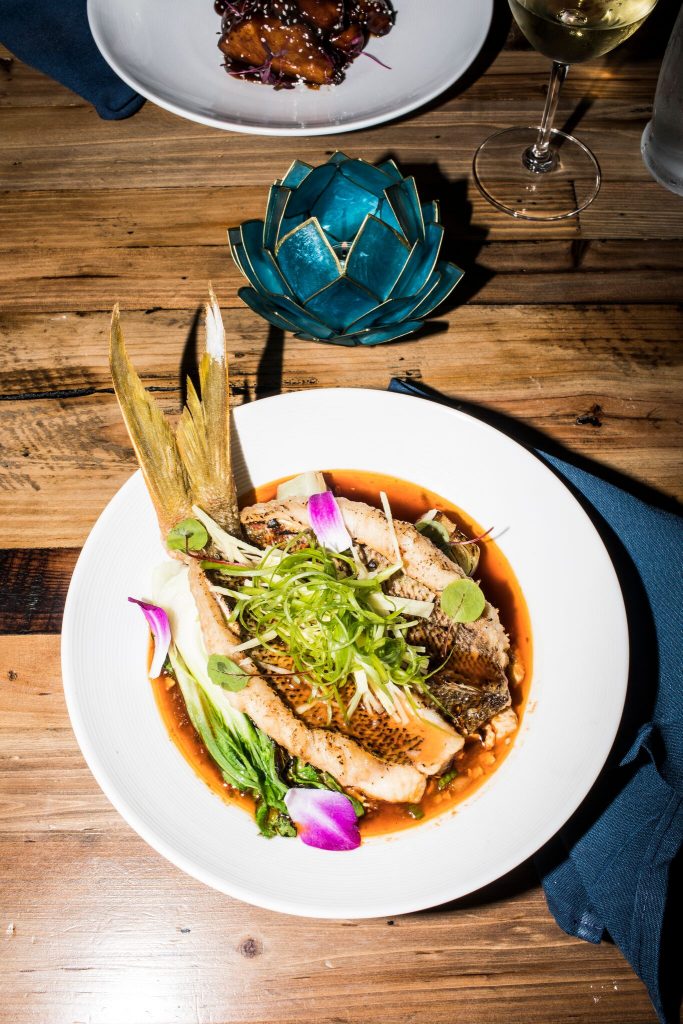 My wife and I return to Tànsuǒ in the evening. Just a few minutes into our meal, our table is already piled with some of the best dim sum I’ve had in my life. I didn’t know where to look upon first entering this lavish space, and now it’s my stomach that doesn’t know where to head first. There are Toishan sui mai: open-faced dumplings with pork and salted fish. Here are lamb dumplings, redolent with cumin. Maybe I should try the sesame golden eggs: ovals of rice dough stuffed with shiitakes and silken tofu? Or the Shanghai scallion pancakes? While I’m considering, a bowl of Hong Kong congee arrives, a rice porridge that includes a preserved egg, a rich blend of mushrooms and garlic, and a long stem of youtiao, a fried dough that’s popular across Southeast Asia.

The plates continue to land faster than we can eat, but we soldier onward. Numerous staff members and online reviewers have recommended the char sui black cod, and I’m grateful we follow their advice. It’s a stunning creation: the cod is blackened on top and neon pink on the sides from the barbeque marinade. Underneath the fish, a bed of bok choy, ginger, and scallions are swimming in XO sauce, a classic Cantonese condiment typically made from dried shrimp and scallops, Jinhua ham, chili peppers, garlic, and oil.

The Chinatown of my hometown in San Francisco was, for many years, nearly as important to the Chinese-American community as Chef Cheung’s home in Manhattan. This meal takes me back to dim sum on Sundays after church, to our delight when the pot stickers would arrive, to family feasts celebrating countless occasions. I recall something Cheung said earlier. “Every now and then—it’s great when it’s a Chinese person, but sometimes it’s even greater when it’s a non-Chinese person—[people say], ‘Yeah, this food reminds me of when I was a kid, it brings me back to that.’” Here, Cheung smiles wide. “As a chef, those are the kind of moments that you hope for when you’re cooking, to have people experience that and take them back in time.”