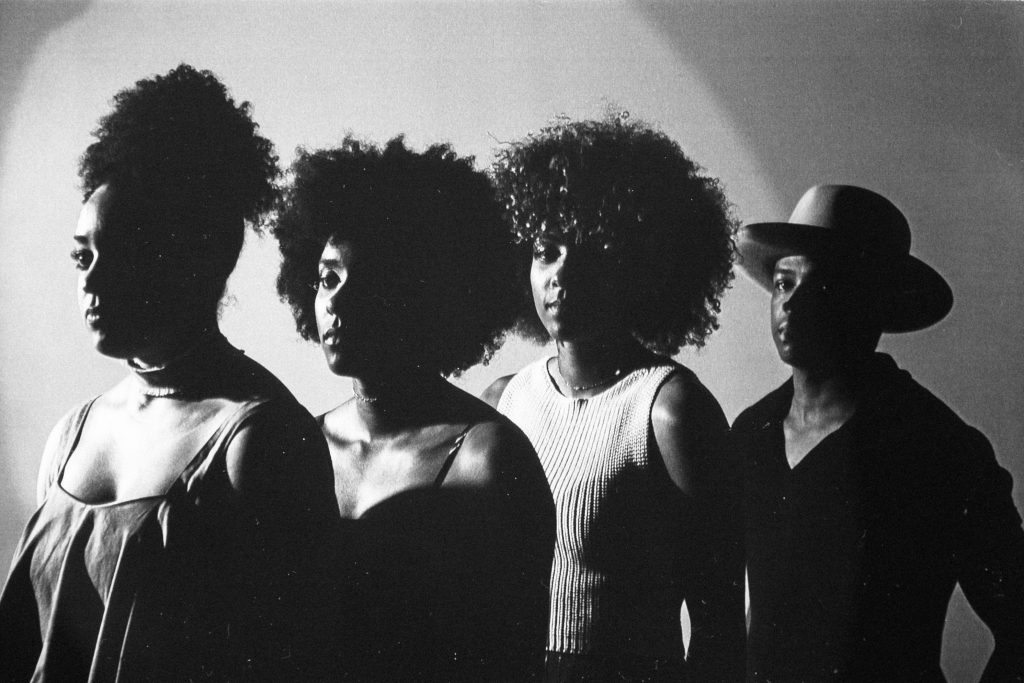 Since the beginning, rock ‘n’ roll has been a bridge between cultures. In 2017 the bridge gets a fresh coat of paint courtesy of The New Respects. A family four piece who grew up in Nashville, their brand of rock features a demographic-busting mix of pop, gospel, and soul—all with a stated mission of bringing diverse listeners together.

Still in their early twenties, the band is just beginning what looks like a promising journey. Their debut EP, Here Comes Trouble, was only released in March, but they’ve already been chosen as one of Rolling Stone’s “10 New Artists You Need to Know,” featured by NPR Music, and played on ESPN, FOX Sports, and TNT. The single “Trouble” has been streamed more than one million times on Spotify, and they just finished a spring tour with Robert Randolph & the Family Band, playing to the same kind of all-inclusive crowds they hope to attract.

“Being four black kids whose experience was very different from the rest of the world, we want to speak about that,” bassist Alexis (Lexi) Fitzgerald explains. “Like, ‘Hey, we look like you and we know what you’re going through,’ and ‘Hey, we don’t look like you—but you’ve been a part of our whole lives.’”

The band’s experience was different by most standards. Lexi and her guitar-shredding twin sister, Alexandria (Zandy), beat-laying brother, Darius, and cousin, lead singer Jasmine Mullen, were all homeschooled  and heavily involved in the church, and Jasmine’s mother is the contemporary Christian singer Nicole C. Mullen.

Their world was one of love, faith, and musical colorblindness, and they bring those ideals to The New Respects, where they rock with the authority of Led Zeppelin, craft catchy melodies that recall The Jackson 5, and stir souls like Aretha Franklin.

Even after a seven-hour drive from a gig in Lima, Ohio, the band is all smiles and kindness at Pinewood Social, joking and laughing as evening rush hour tightens its grip around the city outside. That insulation from negativity has been a recurring theme throughout their lives—right down to the music they were exposed to and the atmosphere they inhabited. 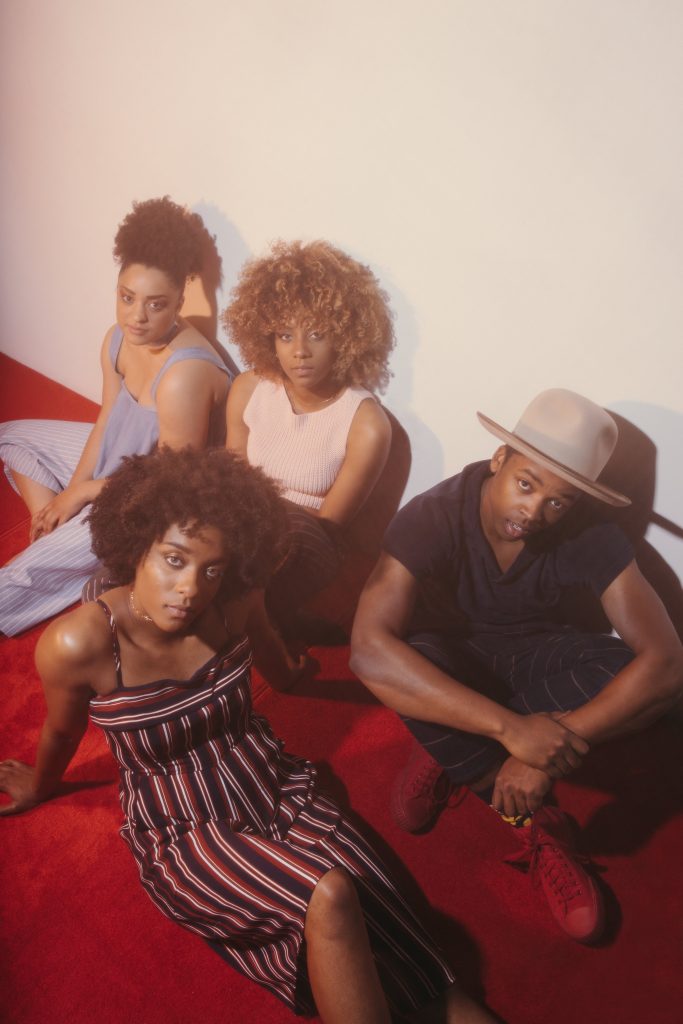 When they weren’t at home listening to gospel and Motown or worshiping as part of a vibrant, racially inclusive congregation, the cousins could often be found on the road, tagging along with Mullen’s mom. She performed her own blend of contemporary gospel and soul music, but she also sang backup for Michael W. Smith and worked as a dancer/choreographer for Amy Grant—two groundbreaking Christian artists whose sound skewed more toward mainstream pop. The New Respects learned to live comfortably in both worlds, and when they started exploring music on their own, they didn’t feel obligated to focus on one or the other.

“We grew up in a weird space where our world was super diverse, and everybody loved each other whether they looked like you or not,” Darius explains. “There were no boundaries for what kind of music we could like, so the thought of having to go into one area just because we’re black never crossed our minds.”

The first iteration of The New Respects was a roots-folk outfit called The John Hancock band. Formed when Mullen and the Fitzgeralds were sixteen and seventeen (shortly after they stumbled across Mumford & Sons), early gigs featured banjo, accordion, mandolin, and a different bass player and singer. They laugh that any proof of the band’s folkier days has been scrubbed from the Internet.

“It was an experiment for sure,” Zandy says with a shake of her head. “But we didn’t have an understanding of that being weird. We were just like, ‘Music!’ We landed on what we loved. Everything we play, we play for passion and for truth, and that’s kind of the point.”

When the now-former members of the band left, the family got some sage advice from a member of their church—The Vespers’ Taylor Jones.

“He came in one day and we were telling him, ‘We might have to hire out for a bass player because nobody plays,’” says Zandy.

“Which is such a Nashville thing to think,” Darius says with a chuckle. 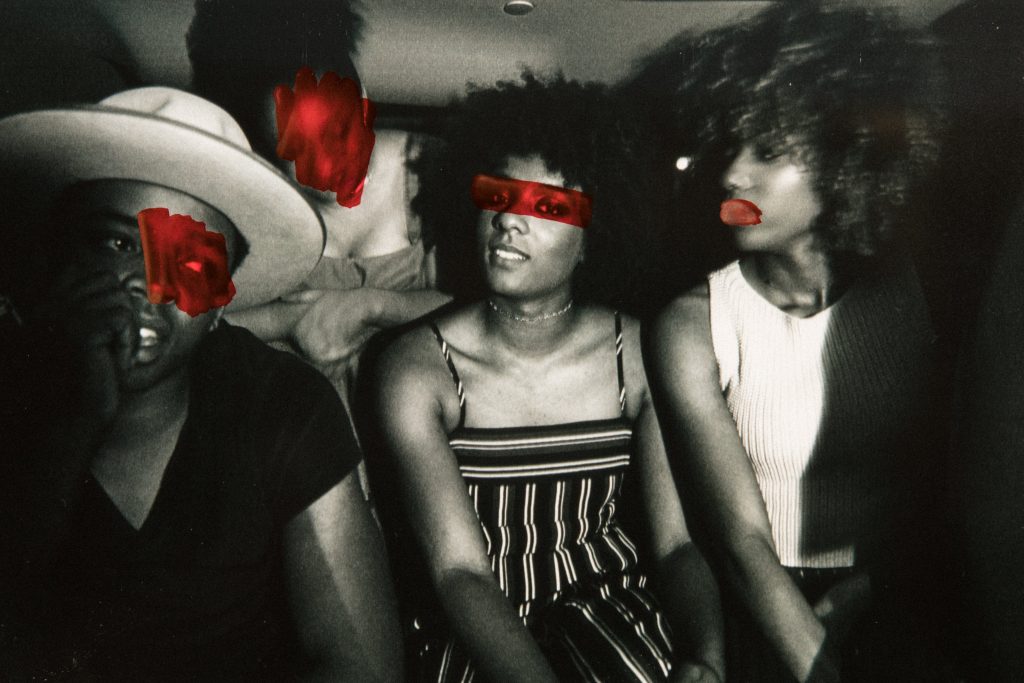 Jones suggested moving Lexi to bass and making Jasmine the featured singer, mostly so they could split gig money four ways instead of six.

“I remember playing the first song in the new lineup,” says Zandy. “It was actually ‘Money,’ which is one of the singles off the EP, and it just worked. It wasn’t even like Lexi was all over the neck.”

“The way [the lineup] formed was out of necessity,” Lexi says, joking that early on her bass-playing skills were a bit . . . limited. “Honestly it was like the Lord said, ‘And this goes here,’ then all of a sudden we were in Rolling Stone.”

She’s downplaying their hard work, but the timeline is about right. After six months of rehearsing ten hours a day, three days a week, the band was offered their first label contract. They’re now signed to UMG’s Credential Recordings.

“People ask us a lot, but we never made a conscious decision like, ‘We’re gonna do rock ‘n’ roll,’” Lexi explains. “I love pop, Jasmine loves soul, and Zandy and Darius love rock. It’s just everything we love thrown into a pot.”

Each of the five songs on the EP were written collectively, with strong themes of inclusiveness and rising above hardship. The gritty “Money” is all about finding happiness without paying for it, “Frightening Lightning” is a funky play on higher power, and “Come As You Are” offers a safe place to land for fans of Stax soul. Meanwhile, “Shoes” puts a hotfoot beat underneath lyrics about walking another man’s path, and the ferocious “Trouble” is willing to fight for a better future.

“As believers, we feel called to unify people,” Jasmine explains. “And also because of the state of the world, I really feel like we’re called to be a bridge . . . I think we feel a responsibility to help people love each other and hear each other when they don’t really know what the other person is trying to say.” 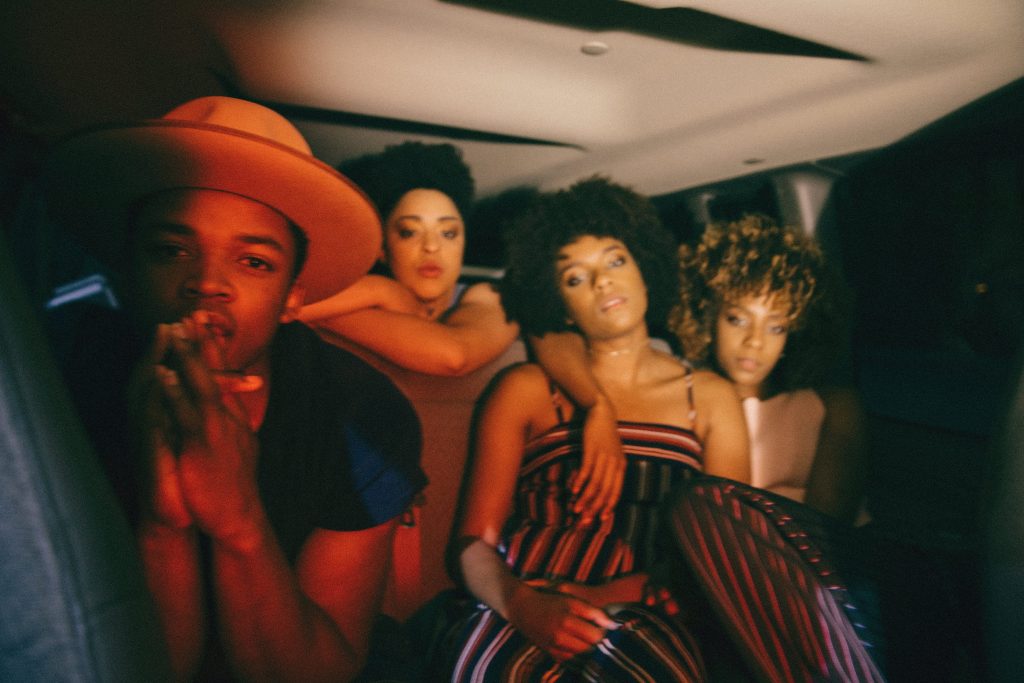 When they play live—especially in majority white areas like Lima, Ohio—the band says it’s almost as if they can see people’s perceptions about race and music change with the deafening, distorted opening notes.

“I’ll take you through what it’s like for people who don’t know us at all, it’s really funny,” says Zandy. “We walk onstage and they go, ‘Three girls and a guy, weird.’ We put on guitars and Darius gets behind a drum set, and they say, ‘They all play, weird.’ Then they say, ‘Oh, they’re all black and have big hair, interesting.’ We start with ‘Trouble’ normally, and then they’re like, ‘We don’t know what’s happening.’”

A full-length debut is currently in the works, but for right now the family band is focused on touring and spreading The New Respects gospel—that music should bring people together. They just played a beachside set at Hangout Music Festival and dropped into East Texas for Rock the Ranch. In June they’ll play a few dates with ZZ Ward, and in early September they’ll share the stage at Bumbershoot in Seattle with a wildly diverse group of acts like Lorde, Big Sean, Weezer, and The Roots.

“Big picture for me, I would love for our shows to feel like how we grew up,” says Darius. “People from all different walks of life who look different from each other, but they’re all coming together and having a good time. That was how we saw the world for the first twelve years of our lives, but as we got older we saw, ‘Oh, it’s really nice that we have this—but not everybody does.’ Our music is an extension of like, ‘Let’s get everyone in on this.’”

“Someone recently said, ‘When I think of heaven, I think of rock ‘n’ roll,’” Zandy sums up. “That’s what we want our show to look like—heaven. Everybody looking different but getting along, and rock ‘n’ roll being the anthem.”

The New Respects are playing The East Room on June 14, and Here Comes Trouble is out now.