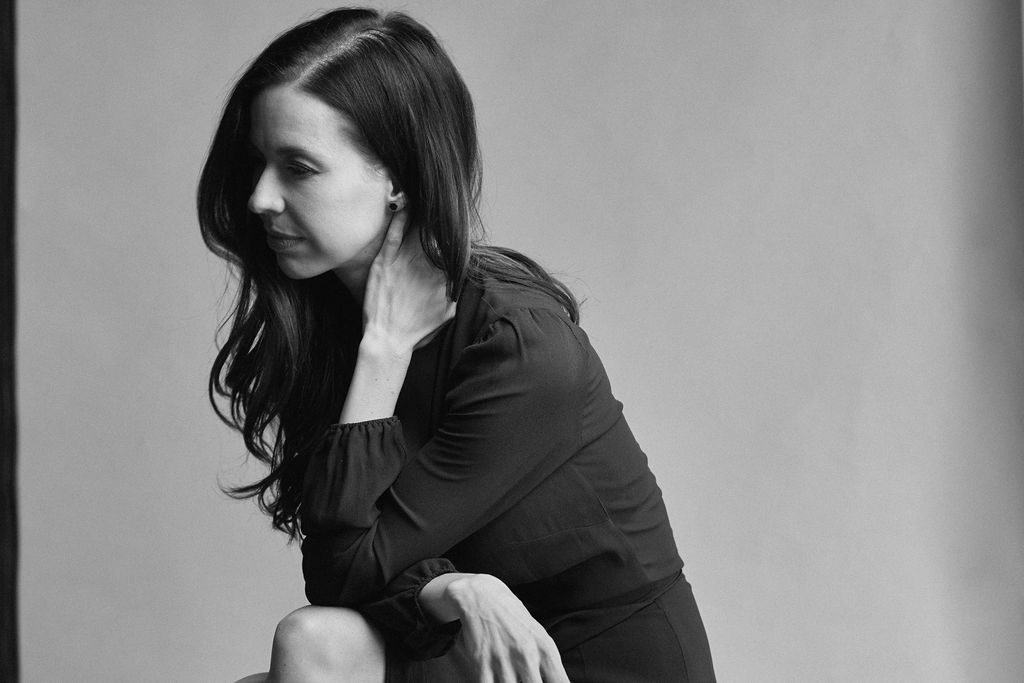 It’s a storybook spring day in Nashville—right in the sweet spot between changing the clocks and the pollen apocalypse—and Joy Williams is thinking about what it means to be home. It’s going on five years since her Grammy-winning folk duo The Civil Wars marched off the battlefield for good, but now she’s back in Nashville and back to her old ways, ready for the May 3 release of her new album Front Porch.

Fueled by hard-earned wisdom but defined by the inviting, down-to-earth nature of so many front-porch conversations, the set really does mark a return home for Williams—and for her, it’s one that was almost completely unexpected.

“Coming back to Nashville felt like finally being able to admit this is home,” says the Northern California native, relaxing after a photo shoot as birds chirp happily behind her. “Even though I’d lived here going on eighteen years, just with travel and being in Los Angeles while my dad was sick and I was making [2015’s] Venus, I always sort of had my eyes set on the West Coast.”

Venus, Williams’ first post–Civil Wars album, was epically ambitious and light-years removed from the preindustrial tenor of The Civil Wars. The record’s sweeping sonic expanse was grandiose—and thoroughly modern. But with Front Porch, Williams kicks off her shoes and gets back to basics. Back to the richly textured mix of light and dark sounds. Back to feet-on-the-ground themes, striking vocals, and a timeless sense of artistic ease. In short, she’s back to feeling like herself.

“When I made Venus, I was healing so much from what happened in The Civil Wars that I was not ready to own my portion of that sound yet,” she admits. “It took me time, but [Front Porch] feels like taking that sound in my backpack and carrying it to a new place. People who listen will say, ‘Yeah, I can hear a bit of The Civil Wars in this,’ and that’s great. Now I don’t have to feel anything other than I’m very proud of the music I made in that duo.” 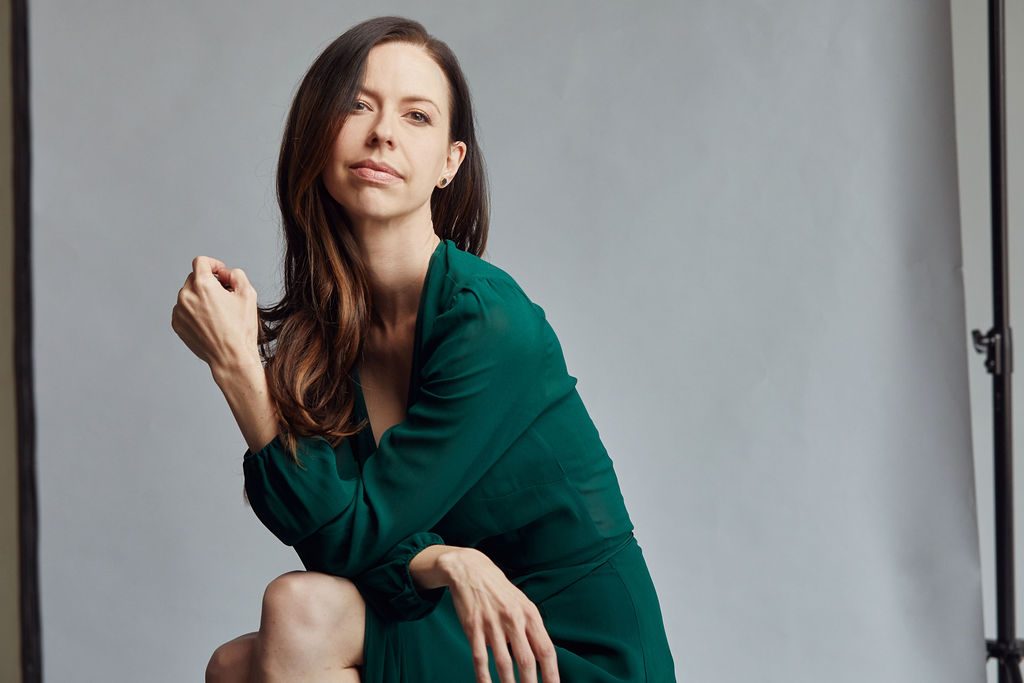 Produced by The Milk Carton Kids’ Kenneth Pattengale and recorded at House of Blues Studios in Nashville, that new place is close to everything that matters for Williams. Nothing feels forced, nothing feels too perfect, and Williams’ songbird vocals are in career-best form. But it was actually born from layers of tragedy.

Soon after The Civil Wars broke up Williams retreated to L.A., hoping to convalesce personally but also to take care of her father, who was fighting cancer. She wrote and recorded Venus, but that felt like an attempt to prove she still had more in her artistic tank. Once her dad passed, she looked around and suddenly felt out of place.

“It was really like, ‘Why am I here?’” she explains. “I started to realize that I missed home, and I didn’t mean Santa Cruz—I meant Nashville. There was something about this town that brought about these feelings of rootedness. And I think when you lose someone you love, it makes you reprioritize. There was a simplifying effect happening in my life, so that sense of a ‘front porch’ felt like a really good place to land.”

Along with her husband and young son, she picked up and moved to 12 South, and while the “front porch” theme of the album didn’t yet exist, the pull on her soul did. A front porch is a place of welcoming, she says, and also a place of goodbyes. It’s a place of family and a place to slow down and reconnect the dots of life. After rising to stardom, watching it fade away, then dealing with such a profound loss, that’s what she needed.

“I think in my twenties I was all about What’s the next big thing?” she says. “And in this season of my life it was more like finding the rainbow in the dish bubble. That’s where the whole idea came from.” 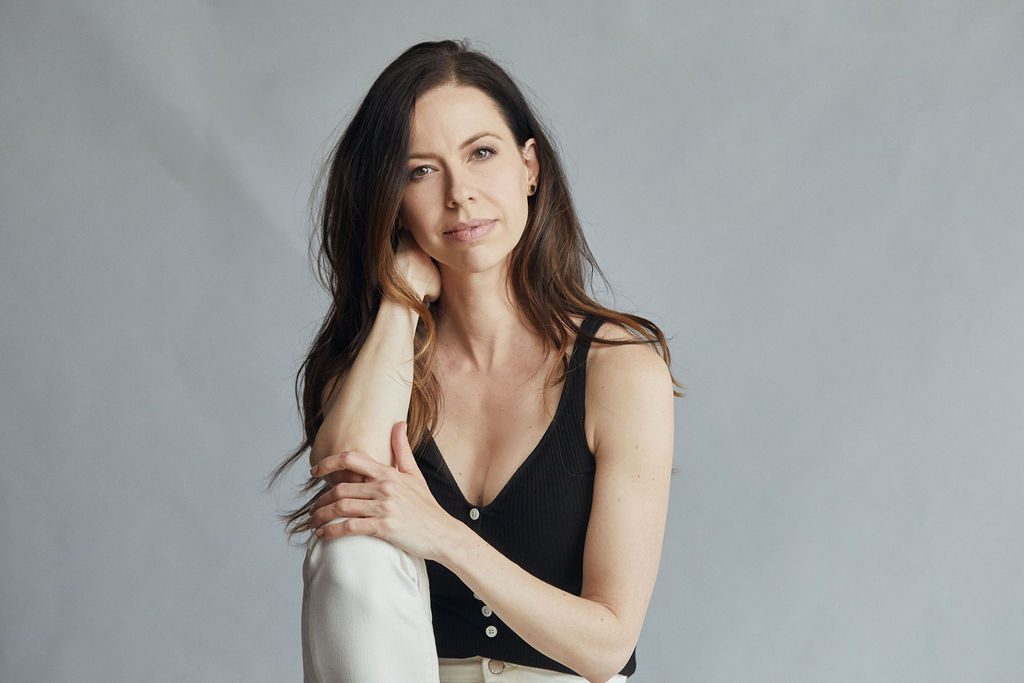 With her feelings sorted out, Williams took a simple touchstone into writing sessions with some of Nashville’s most sought-after tunesmiths. Working with a female-heavy cast of hitmakers like Liz Rose, Natalie Hemby, Caitlyn Smith, Emily Shackelton and more, she kept saying, “If I can’t sing it on my front porch, it’s probably not for me.”

Rose came up with the obvious question: “Well, have you written a song called ‘Front Porch’ yet?”

With its serene acoustic melody and siren-call message of belonging, the track is a gorgeous highlight on an album full of emotional standouts, embedding multiple layers of personal meaning inside four brisk minutes.

“The light is on, what you waitin’ for / Come on back, to the front porch,” Williams coos in the chill-bump-inducing chorus.

“I likened the songwriting process to farming,” she says. “It was like, ‘Well, I’ll wait until the right season with the particular writers I want to write with,’ and I would just show up that day with the seed of what I was hoping to write about. You don’t know how any one of them is going to grow, but over time I got to look back on this row of things that seemed to be in the same vein. It felt intentional but not controllable.”

The album kicks off with a thematic outlier. “Canary” was written “during a heightened political moment in time,” Williams explains, but while the song rejects the politics of division, it’s not an anti-Trump manifesto. Instead, she uses the image of a canary in a coal mine to describe what she feels is her role as a mother.

“For me it was like, My God, we must keep telling the truth. We must stay connected and look out for one another, and that image came to mind,” she explains. “Some people have told me, ‘You do know the canary has to die in order for people to realize something is wrong, right?’ And I’m like, ‘Just let me go with metaphor for a second, alright?’” 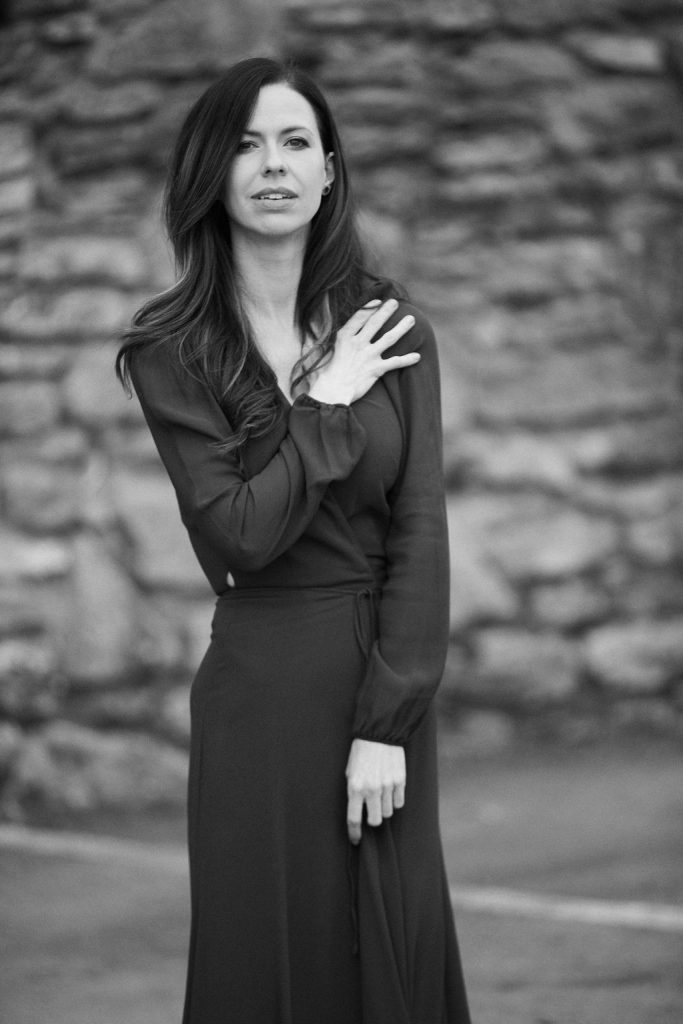 Elsewhere Williams tributes her late father with the gentle sway of “Preacher’s Daughter.” Delicate and loving, but also boldly honest about their differences, it wasn’t the first time she had tried to write about her dad—but it was the first time she felt safe enough to tell the truth. “Like his will I would not bend / I guess I got my nerve from him,” she wrote with Rose and Hemby. “To this day I still cannot sing it live without crying,” Williams admits.

Meanwhile, “The Trouble With Wanting” presents a mindful-but-catchy anthem to human folly—the song is inspired by our tendency to focus on what we don’t have—and Williams tactfully addresses letting go in the stark “When Does the Heart Move On.”

Trying hard to avoid bitterness in favor of compassion, the track was written about a friend’s on-again-off-again relationship—not The Civil Wars splitting up—but the parallels are obvious enough. Moving on “can be like walking down a long hallway of razor blades and trying not to get cut,” she admits. Pushing through what sounds like a real lump in her throat, Williams quietly transmits her heartbreak into song.“We both know you’re not coming home,” she sings.

That feeling of raw, in-the-moment emotion is everywhere on Front Porch, and it’s not an accident. Williams wanted a producer who would listen closely to the songs and let them breathe, and she found that in Kenneth Pattengale. He assembled a studio team of less-is-more A-listers including Russ Pahl, Scott Mulvahill, Caitlin Canty, Anthony da Costa, and more, and he focused on recording each track in one complete take—rather than splicing in the best moments from multiple tries.

Twelve loose, beautifully unguarded keepers emerged, with a noticeable live feel that perfectly complements Williams’ Front Porch theme. And in a way, her return to an edgy-roots sound was unavoidable. Williams had just found out she was pregnant with her second child—a daughter—so she essentially just “sat on a stool and sang the songs,” because that’s about all she was capable of at the time.

“I am not a roses-and-unicorns kind of pregnant girl,” she says with a laugh. “I’m like sick all day and very vomitous. But it was like I couldn’t help myself. I knew it was time to make this record and I was like, ‘You know what, this nausea and fatigue will help keep me really honest, so why not?’

“I’ve always been really heart-forward with making things anyway,” she continues. “But I’m also a recovering perfectionist and that’s been a lifelong process for me, so I enjoyed letting go on this . . . I’m not giving so much of a shit about how perfectly it comes across. I wanted it to be excellent, but not precious, and it was the most effortless experience I’ve ever had in a studio—and that’s saying a lot considering how much I wanted to barf.” 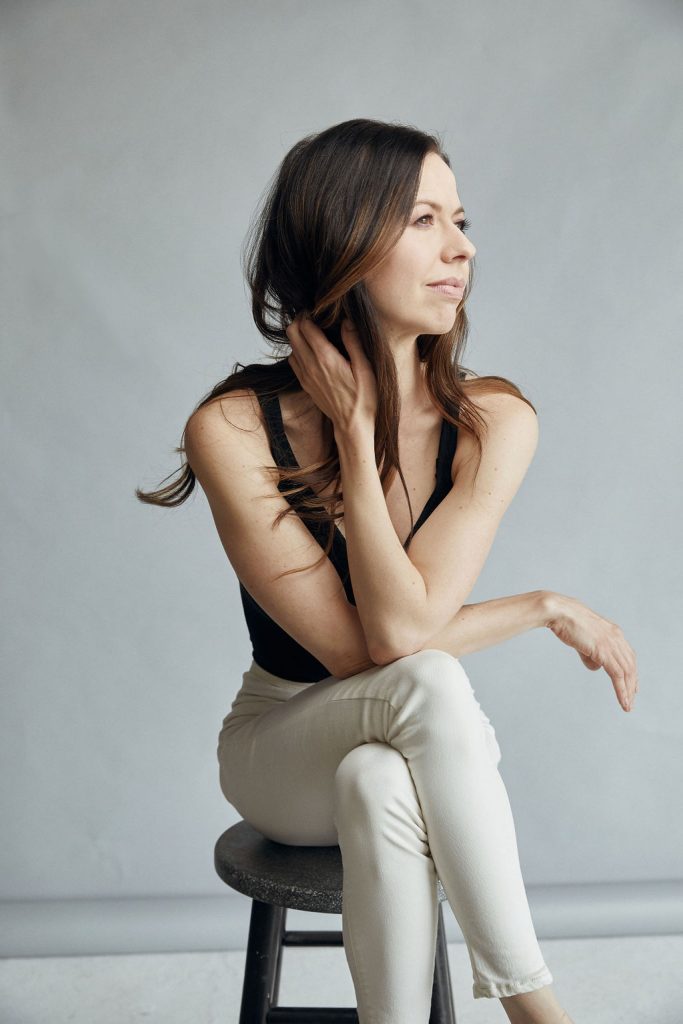 The album closes with thick, uplifting gospel harmony, fingerpicked guitar, and a well-deserved glance in the rearview mirror. “Look How Far We’ve Come” is the shortest track on the record, but that’s not to say it’s any less meaningful. It’s abstract map of the road that led Williams back home—with all its blind curves and picturesque views included. But like any real road, this one doesn’t stop at her front porch.

“I feel old and young at the same time,” she says, pausing to consider the gravity of that statement. “I’ve been in this industry since I was seventeen and I’m thirty-six now. That’s more than a hot minute, and I’ve experienced a lot of things—some I’m really proud of and a lot that were really hard . . . Front Porch sounds very much like I’m home, and I don’t imagine myself veering off into space again anytime soon, but I think I still have a lot to learn.”

Front Porch is available May 3.