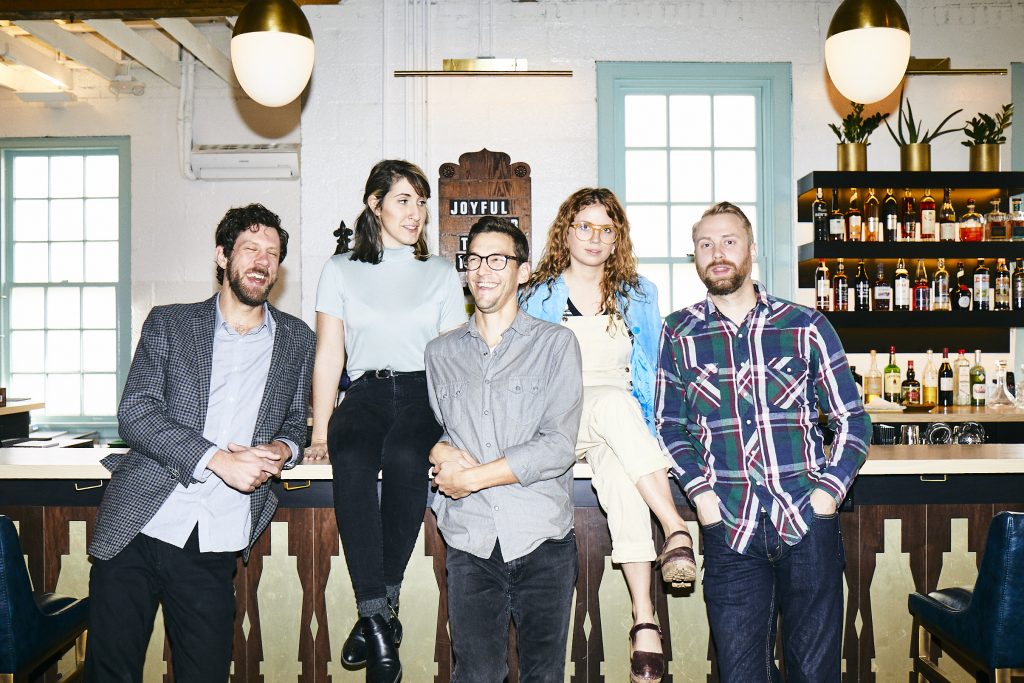 When did music stop being, ya know, fun? We’re not saying every band has to be The B-52’s, and we’re not saying music has to be apolitical or easy listening. What we mean is that as of late, it seems like a lot of contemporary music doesn’t offer a glimpse of hope, joy, or catharsis (anybody listen to that new Low album?). Even in the pop sphere, dreamboats like The 1975 are singing lines like: “Jesus save us / Modernity has failed us.” All in all, it seems that today’s music—not unlike the gritty, color-graded superhero movies Zack Snyder will seemingly shove down our throats till the end of time—simply reminds us of the looming chaos in today’s world while offering little in the way of release or solutions.

While we don’t know how to fix what’s going on around us, we do know one thing: going to a (good) show can make you feel a little better, even if it’s only for an hour. That’s why we think You Oughta Know about Pet Envy, the most fun live band to come out of Nashville in years. Fronted by vocal powerhouse Shelbi Albert—and propelled by guitar-bass duo Jake Diggity and Emma Lambiase, who are both killer singers in their own right—Pet Envy is a funky, effortlessly danceable quintet that makes getting out on the floor easy. Add in Prince trombonist Roy Agee and Dave Matthews saxophonist Jeff Coffin (who appear on Pet Envy’s 2017 EP Flowers for Your Brain), and you’ve got a bonafide groove machine that could even make Ben Affleck’s dour Batman tap his foot (maybe). But just because Pet Envy is music you can move to, that doesn’t mean it’s a totally vapid affair, either. Says the band in a joint statement about their new single, “Middle Man”: “[It’s] about finding the strength in yourself and your bandmates to pick yourself back up, and the powerful realization that you can save yourself as an independent artist.”

Naturally, a band dedicated to fun and the redemptive power of friendship chose Hathorne, a restaurant that’s close to the members’ hearts, as their favorite local eatery.

“The owner, John Stephenson, is a big part of how this band got its start back in the early Family Wash days,” the Pet Envy told us over email. “All of us worked there together and played some of our first live performances there as well. We are so excited for Hathorne to be open, and we wish him best of luck in his new endeavor.”