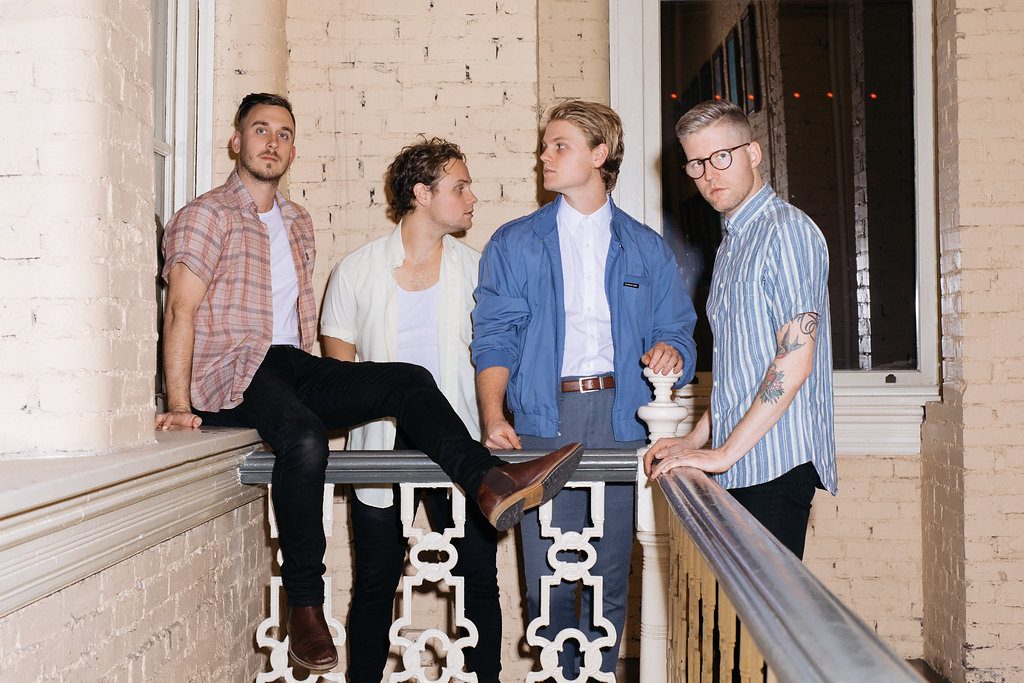 LIKE A LOT OF SONS, Caleb and Will Chapman wanted to be just like their dad . . . and also to not be just like their dad. It’s a conflicting truism of youth that’s not unique to them, but it does seem like a bigger deal when your dad is a hugely successful musician and you’re starting a band.

“For a long time when we were starting out, just because of the music we were doing, it was like, ‘Maybe we shouldn’t even mention Dad,’” says Caleb, frontman of indie-rock outfit Colony House, one of the latest Nashville exports to earn national recognition.

You see, Caleb and Will’s dad is Grammy-winning Contemporary Christian icon Steven Curtis Chapman, and even though the boys had a pretty clear path to follow if they wanted it, they didn’t want it.

“Not only was he in Christian music, he was like the poster child,” Caleb continues. “We tried all different facets. Starting out it was like, ‘Here’s my dad’s manager, here’s my dad’s booking agent, here’s the label,’ and we tried but it didn’t feel right. It’s not because we didn’t like those people—we love them, they helped feed me and probably changed my diapers. It was just like, ‘We want to be in a band, and we want to play rock ‘n’ roll.’”

Fast-forward to a damp autumn day in a pristinely lit Hillsboro Village coffeehouse, and the guys are explaining how they now have exactly what they wished for. With the addition of lead guitarist Scott Mills and bassist Parke Avery, the band expanded their brotherhood by two, and their razor-sharp major label debut, Only the Lonely, comes out January 13. 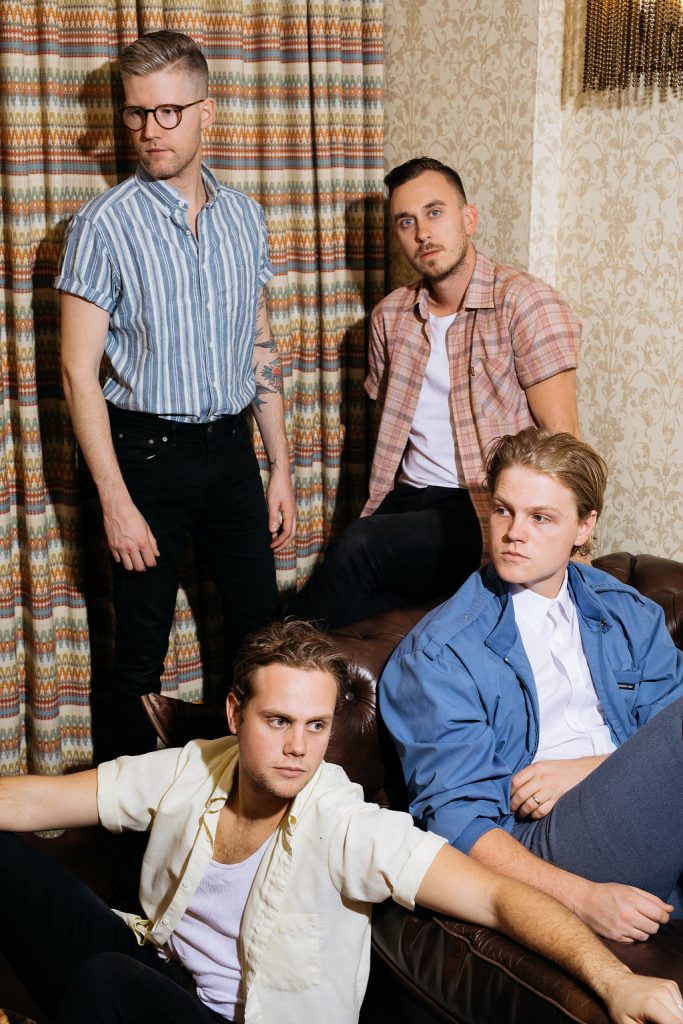 It’s the follow-up to a trio of EPs and the independently released When I Was Younger, whose standout single “Silhouettes”—full of suburban bedroom melodies and cul-de-sac optimism—has already been streamed ten million times on Spotify. Only the Lonely, however, is more aggressive and assertive, an all-out street fight between adolescence and adulthood delivered in thirteen stages.

The sophisticated new single “You and I”—which features dagger-like guitar riffs, a brief bow to Queen, and a stab at social commentary—is spinning on SiriusXM’s Alt Nation and has already racked up another million Spotify streams, leading a project that at different times channels The Black Keys, Kings of Leon, Delta Spirit, and U2. No matter how you describe it, though, it’s definitely not Contemporary Christian . . . right?

“It’s not a conscious effort to not have [faith in our music],” Caleb explains. “We’re all believers and all Christians, but there’s no bait and switch. It’s not like, ‘Okay, if we write this song that sounds like we’re singing about a girl, but really we’re singing about Jesus, maybe Christians will like us.’ Being under the roof of ‘SCC,’ a lot of it was Christian music in our house. But it wasn’t the ‘You can only listen to Christian music’ kind of thing.”

Still, it’s not like they’ve tossed aside anything their faith stands for. On the contrary, their family-first values are ever present. Still in their twenties, all four members are married and Caleb has a son, earning them the self-imposed title of “the squarest band on the road.”

“WE JUST WANTED TO MAKE THE RECORD THAT WE THOUGHT FELT LIKE US, AND THEN TO HAVE SOMEONE BELIEVE IN IT.”

And while their lifestyle and pedigree definitely set them apart from the indie-rock pack, so does their music.

Built on the high-energy shows perfected while touring with diverse acts like Needtobreathe, Ben Rector, Drew Holcomb, and The Mowgli’s, Only the Lonely was recorded largely live and with the band gathered in one room, giving it a sense of urgency and danger not present on the last release. It was recorded a full year ago—before they scored a deal with RCA. And surprisingly, the label left it alone.

“They didn’t add or subtract anything, which was a cool sign for us,” Caleb says. “We just wanted to make the record that we thought felt like us, and then to have someone believe in it, it was like, ‘Cool, at least they see something in it. We’ll see what the rest of the world thinks.’”

All about “being on the road, missing home; being home, missing the road; and the tension between the two,” Only the Lonely is not only more aggressive than the band has been in the past, it’s also way more revealing in its point of view, if not conviction. “Convictions are more dangerous enemies of truth than lies,” Caleb says, quoting Nietzsche. Song topics like masculinity, political strife, and lasting legacy show a group mature beyond their years.

In the album’s opening track, “Cannot Do This Alone,” Caleb and the band celebrate family values but also use pounding drums and a Springsteen-esque dose of “whoa-ohs” to question the notion that men should be “the sole providers”—and shoulder the pressure silently. 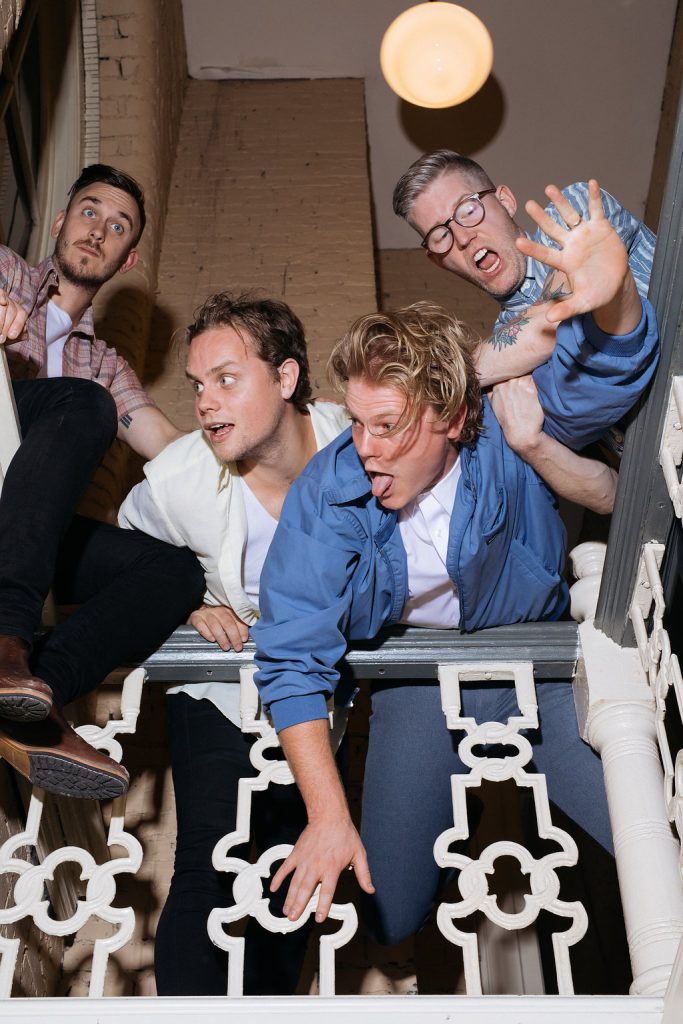 “It’s like the personal realization that I want to be able to handle the pressure of this business and the pressure of my family and take care of it on my own,” Caleb admits. “It’s learning to humble yourself and say, ‘I actually need people,’ because when I start thinking I can do it by myself is when things start falling apart.”

Looking outward— but actually inward at the same time—the single “You & I” is Caleb’s first try at a political statement. And it’s one of compassion.

“I wish we could all sit across from the person who believes the opposite of us and say, ‘You know what, you think something completely different than me, but you could be right about some of it.’ It’s nearly impossible and it’s what has divided countries and families and religion, but it’s not this grand thing like ‘the world is going crazy and we’re screwed.’ It’s me and you, we’re the problem.”

“You Know It” offers a different take on touring, a surf-rocking road-trip anthem about getting home to loved ones as soon as possible. “Where Your Father’s Been” is a touching ballad written to Caleb’s young son, and then there’s “Remembered For,” the second-to-last track on the album, but maybe its spiritual closer.

With lyrics like “My days are numbered / But numbers only mean so much,” it’s an upbeat examination not of death, but of how to live so we’re remembered. Part of the song’s inspiration came from the passing of Caleb’s grandfather-in-law, who died of natural causes while surrounded by his family. Caleb was honored to be present when it happened. 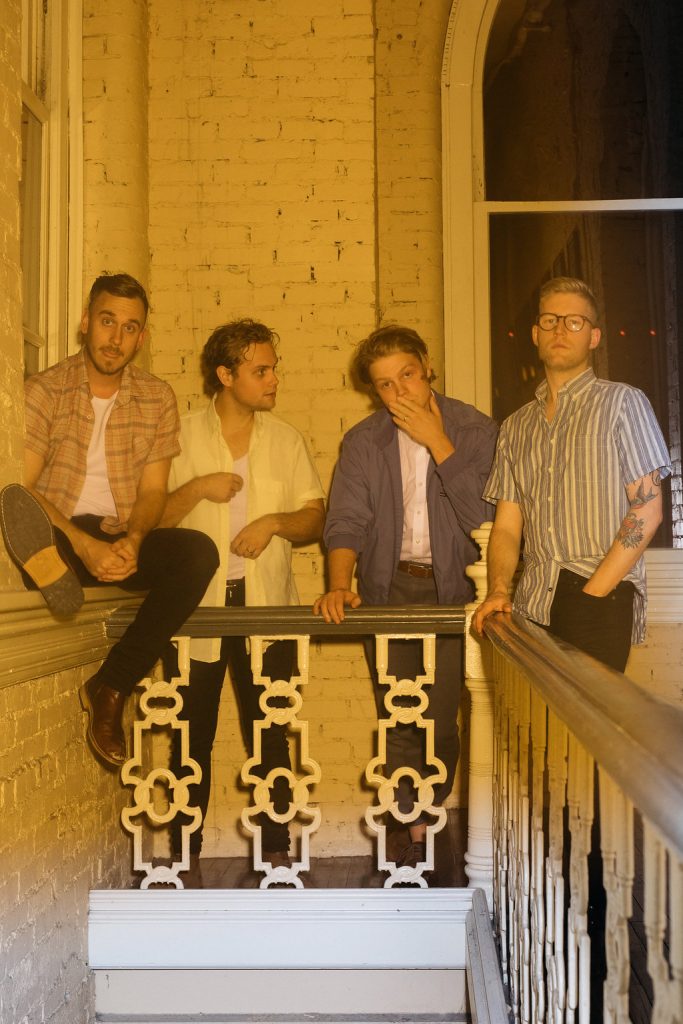 “We all got in the room, and his son goes, ‘Alright Dad, we’re all here. We love you. You can go now,’” Caleb says, his voice cracking. “He had an oxygen mask on and he couldn’t really talk, but he moved it and said in a really deep Southern Alabama accent, ‘Love y’all,’ and that was it. That was the last thing he said.”

The song’s powerful reprise is almost a pledge to hold that moment close, and when asked what he wants to be remembered for, Caleb doesn’t say hits or fame. He says he wants his kids to stand up at his funeral and say something like, “My dad found beauty in a world that looked crazy, and he loved us well through that.”

Colony House are not a Contemporary Christian band, and they definitely don’t take a hard-liner’s view on most issues. But if you listen close—between the quirky riffs, propulsive beats, and energetic bass lines—you might find more grace than you’d expect in the often-cynical world of indie rock.

Caleb explains that in order to be truly honest with fans, exploring the intersection of faith and big-picture issues has to be a part of their music. It’s who they are and how they were raised. “If you grow up on the docks in Seattle and fishing is the family business, that’s what you know. We saw someone passionate about what they were doing, and for all the hard times and low times, our dad was still fulfilled by what he was doing. He’s done exactly what he feels like he’s supposed to, and seeing that has made us want to do exactly what we feel like we’re supposed to do.”