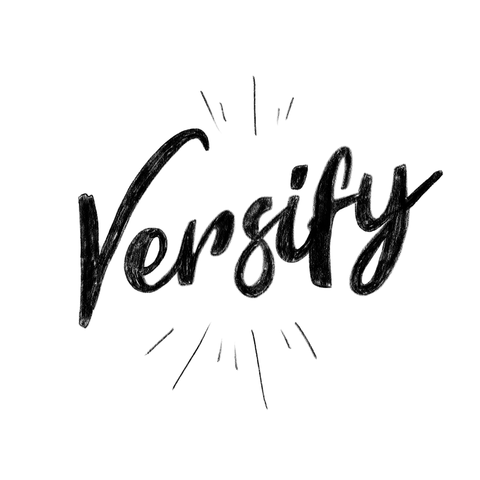 Versify is a podcast based on the belief that everyone has a story worthy of a poem. The show documents what happens when a person sits face-to-face with a poet, shares an experience, and then marvels as their life story is given back to them, one verse at time. Made up of a partnership between Nashville Public Radio and The Porch, the show aims to empower Nashville residents to tell their own stories. But more than that, Versify strives to take listeners past simply hearing a person’s story. We believe there’s a sort of alchemy that happens when our poets and storytellers connect and create art. Our hope is that these exchanges help us to look at the world—and at one another—in new ways. 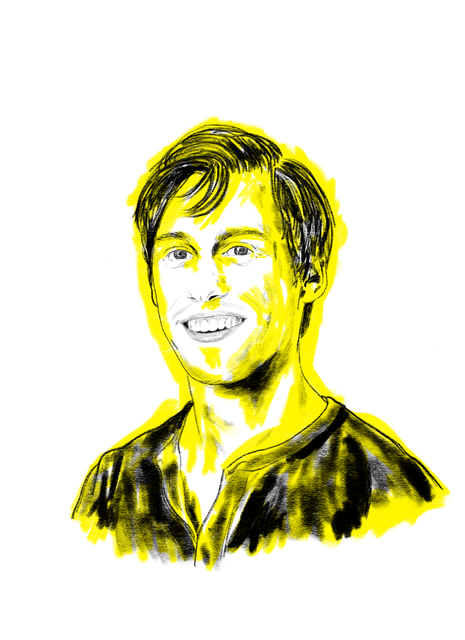 When lovers meet on the brink
of a breath, the edge
of the water, they might choose to
swallow/move forward/pass by
or
they might exhale instead.
They might say yes.

1989 and watering lips were the asking,
the curious pair unaware of how heavy
the answer may be. Still,
palms upturned they said hello.
Maybe it was the ocean beneath
the dock, roaring to unearth
a miracle, maybe the salt
of Texas sweat or
the curl of each other’s mouths.

What is certain, they both
were hungry, both living and
both dying, though
one with tighter grip.

It wasn’t the fun way
(it never is), these hearts
how they bend into each other
all of that tough and pulse and
muscle.

And now, when we say grace
we might try speaking up
using both lungs, what
unlikely gifts they are.

Thank goodness father,
the foresight of his bones so sure
they would grow up tall (and taller)
doubled flesh of his flesh, shining
eyes and soft mouths smiling even
as he wilts into the Earth.

Thank goodness mother,
belly of steel, how she always knew
her body was meant for more than
Pepsi or shallow waters, meant
for more than mediocre romance.

And we might say thank you
for our blood, how it is warm and rushing
how these choices have been made for us,
though the love be deep and drowning
it is always worth it. 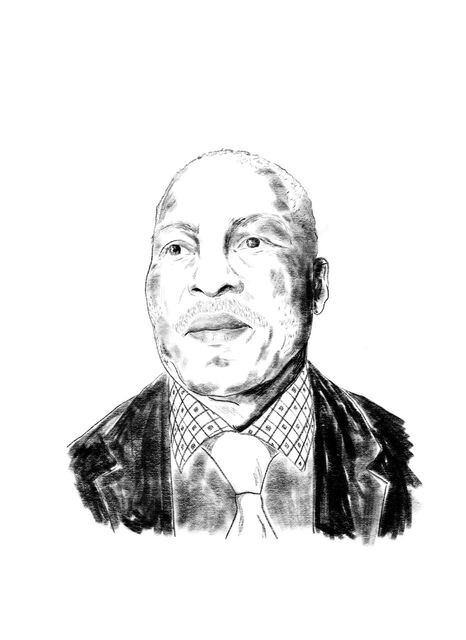 What do you see
When you look fear in the face?
How do you navigate life when
Your compass has been on mute
Since exiting the womb
And your shoulders are bruised
From bumping into people
And blindly breaking the rules.

How do you fight a formidable foe
Labeled as a Father when you can’t see
The liquid fire ingested and the rage
Crawling out of his pores with every sip?

Easy.
Speak the truth
And let it reverberate back to you.
After all, fear is the greatest catalyst for growth.
It fosters intense moments of love
And radiates hope.

His hard work ethic,
Wrapped in respect,
Stitched together with his father’s words
Like fabric.

His father said . . .
“You are black, blind, and poor.
To succeed in this time,
Scratch that to survive,
You need to do two things.
You have to think a lot for yourself
And work like hell.
And IF you can get an education,
You can survive being black and blind.”

Mr. Fred Bailey, his heart
a volcano in his community.
Looks like a mountain,
But holds so much more.
Overflowing with molten passion,
Burning away the wool
pulled over the youth’s eyes
Those lies, are flimsy
Useless fickle shields.

Those lies are crutches.
They can hold you back
More than they hold you up.

Race, ethnicity, money, religion
Disabilities are nothing more than gardening tools
Of division.

Let those lies burn in the lava of truth,
Make smoke signals that once read
SOS
To now say hard work paves the way
To success.
Let the ashes of lies fall to the ground
Like fertilizer,
And watch life sprout when you plant
Seeds of truth.

Fred Bailey’s heart
Is a volcano.
Erupting molten passion
Creating beautiful islands for children
To stand on and wrestle these issues.

Mr. Bailey,
You would think he’s wrestling
With blindness and blackness,
But he’s long pinned those sorry excuses
Into submission.
Now that, that is 20/20 vision. 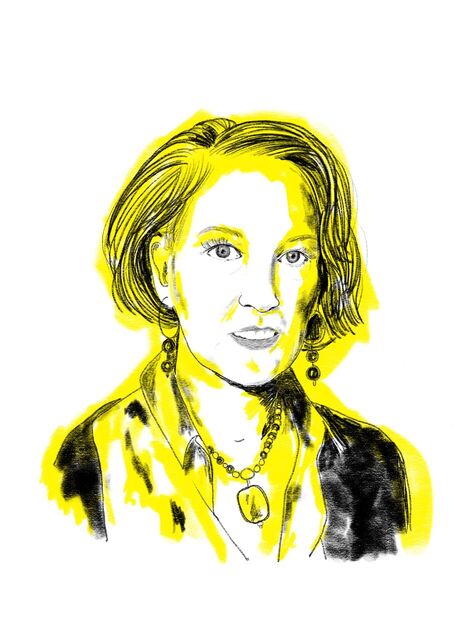 “HOME DELIVERED IN THE CHURCH OF THE NEW TERRITORY UPON THE DEATH OF A GRANDMOTHER”
Poet: Dana Malone
Storyteller: Ali Russel

What you leave behind is not what is engraved in stone monuments but what is woven into the lives of others.—Pericles

In pursuit of Jesus,
I bent my ear to the waistband
of my grandmother’s skirt
Went to the Jesuit school
With the highest tuition.
Jesus was not there.
I never found him anywhere.

I was always told he was
Only, begotten, sacrificial,
Which is not how he showed up in my dream
When I was nine and sent to the tall white bed
On the first measure of
The Perry Mason theme song

By unanimous democracy
The Galileans refused to let me in.
Jesus, apprentice carpenter,
Crafted a square boat and cast me

I never thought I was
Neither have nor have not

The biggest deal of my life
And what I did not know to do
Dripping in jewelry in São Paulo
When people were killing for tennis shoes
Dodging Escobars in Bogota under siege
Standing in the Middle Ages of Paris, turning heads like an unexpected idol
Living in Thailand during a coup I did not notice
Was to snap the strand of rosary pearls

God is a terrifying thing,
A tall thing
(A five feet ten plus four inches of Versace pumps thing)
God is a red-haired thing

God rides the escalator
Down the Hong Kong Hills

God is I
Weaving myself into my daughter
Whose boyfriend dumped her in a text message.
Jesus is snot on my merino wool cardigan
As my daughter, my golden dragon,
cries and thinks
She will never love again

Jesus, son of god
Is no more special
Than Sarah
The episcopal priest
Who delivered her grandmother’s eulogy

Jesus is no more begotten
Than any of us

Jesus is eel
Is skin and bone and grease

An excruciating chew
That does not wash down with wine. 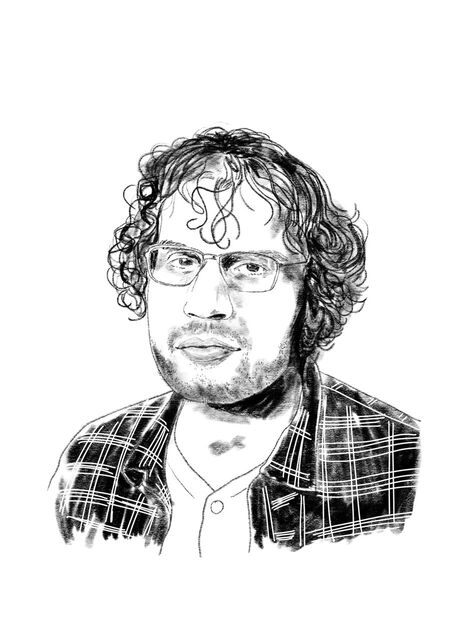 Have you ever tried to excavate
the moon—pull it out of the rubble
of midnight, find it buried beneath stars,
soldiers that once marched across
the sky? Fallen. Sitting alone now
in Puerto Rico maybe, unable
to recognize a single face.
Recalling letters from across the universe
penned by a woman—
maybe yes, maybe no
maybe a lifetime ago?

Have you ever collected the bones
buried in river beds, pieced together again
the shape of something that knows how to roar,
that breathes? Heavy. Rattles this box
in my chest. Bites.
Have you ever found its mouth
in the earth, dusted the dirt from
its triangles, made sure it knows how to slice?
Hard. Like maybe
yes, maybe no
maybe forever.

Like my sister Guadalupe, forever 4 years old
no matter which birthday is today. Forever
shattering windows, drawing blood. Forever
taking everything away from me: time,
attention, desires. Forever
grabbing my hand with her teeth.
I wonder what my flesh tastes like
in her mouth. I wonder if it’s wet
and confusing. I wonder if it’s dusty
like the bones of the moon.
I wonder. Every time
I try to uncover anything else
that’s true in the universe
but she is beneath it all. Maybe yes,
maybe no
maybe always.

Could she have the only real
name that’s holy? Could she be
the only light worth finding
in the universe, the only ear
that deserves to hear
I love you?
Maybe.
Maybe, yes. 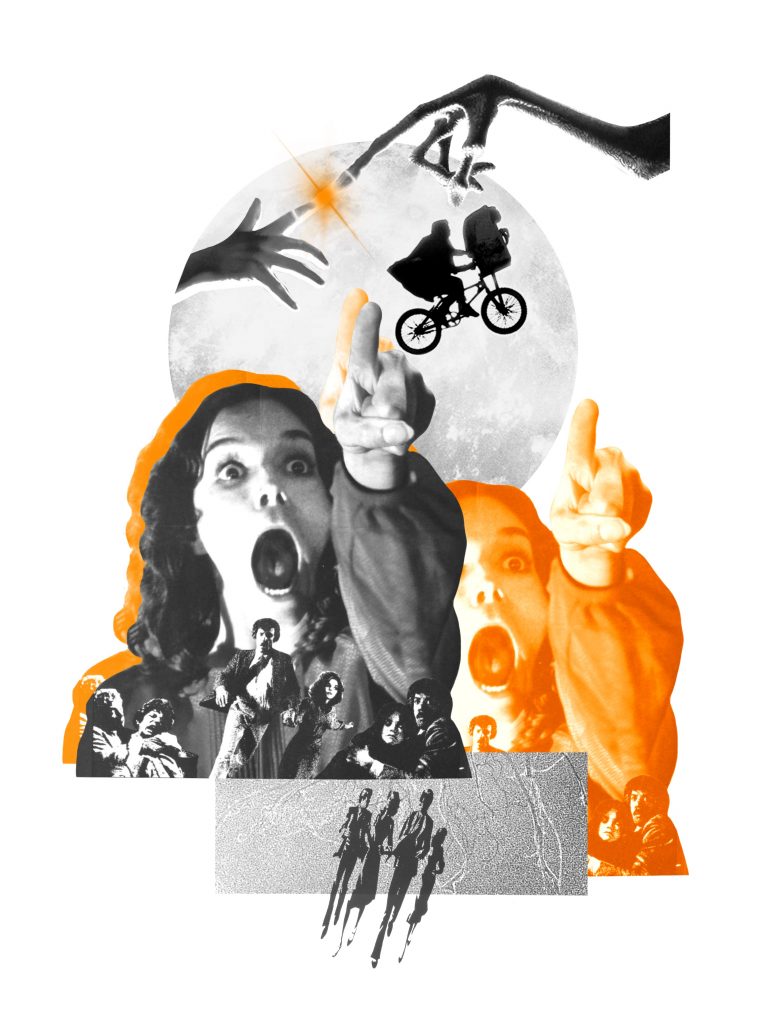 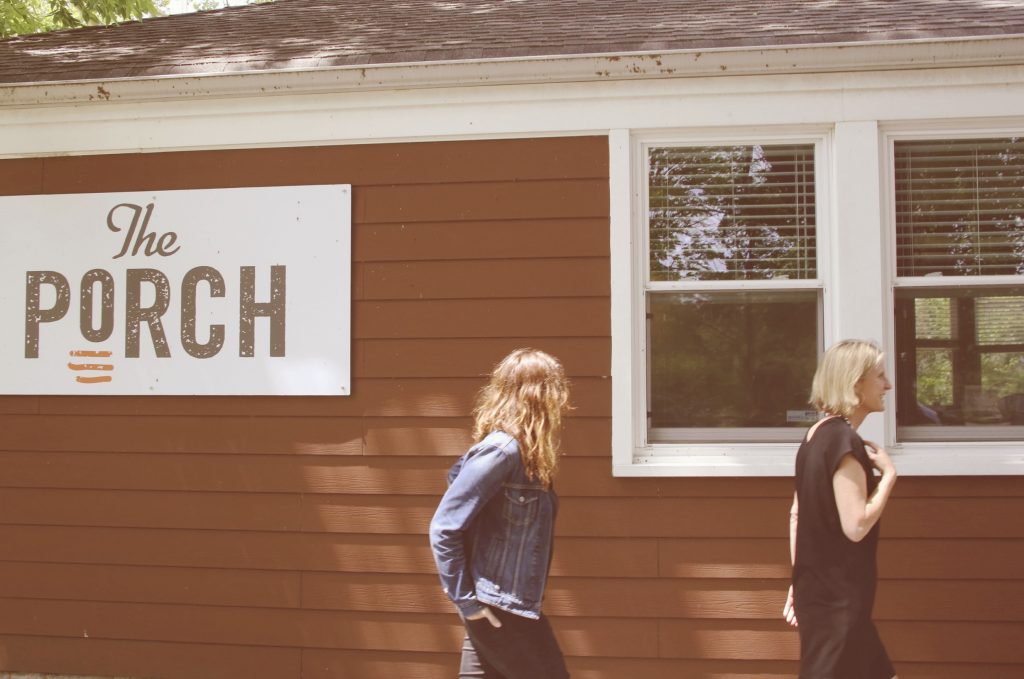 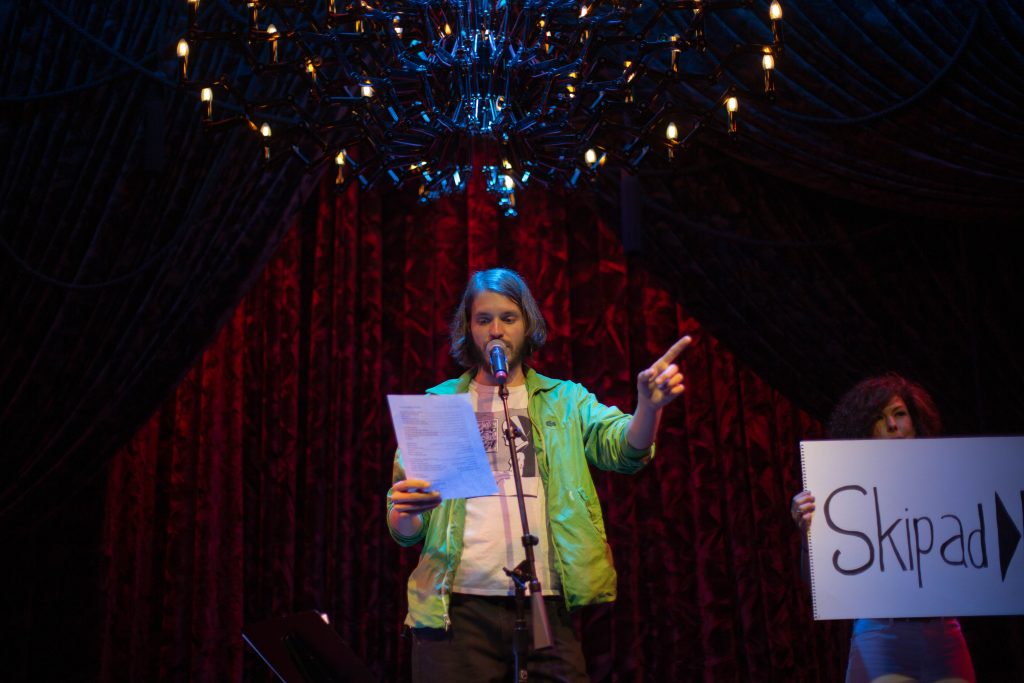