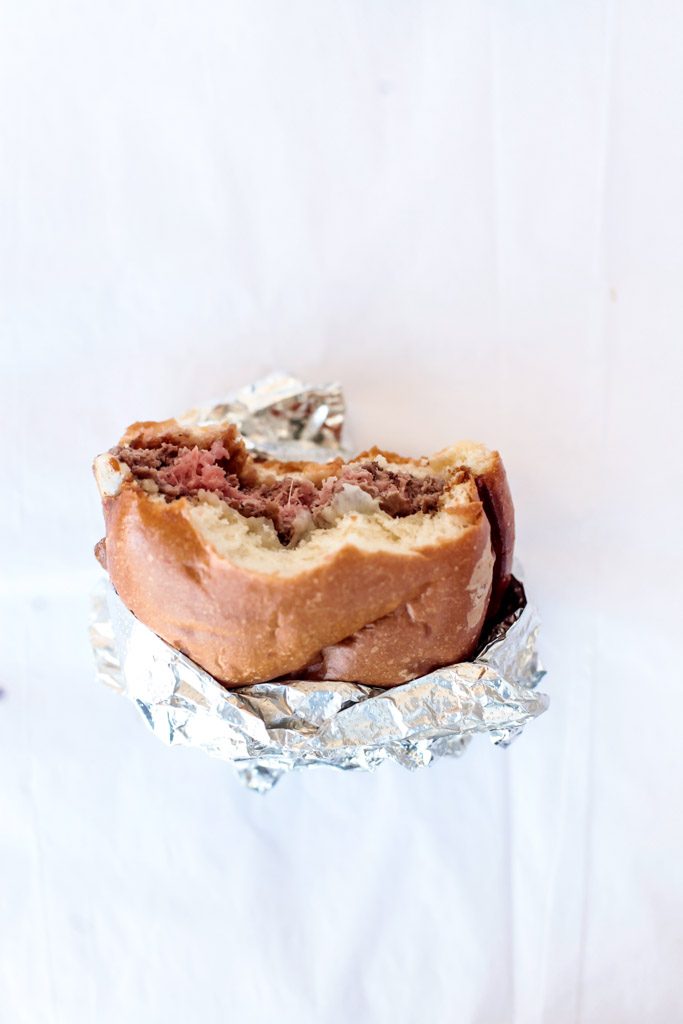 IT’S QUIET HERE IN ROSEBANK. At least until the train comes through. This East Nashville enclave has a calm, suburban feel to it, though the eateries and bars of Five Points are a short trip away. When the wind blows just right, you can even hear the hum of Briley echoing eastward across the Cumberland. Rosebank Avenue winds through the hills of its eponymous neighborhood and meets the broad, tree-lined boulevard of Riverside Drive at a wide intersection next to the train tracks. At the corners are a car repair shop and a smattering of vehicles; a new medical center; an empty lot, speckled with mud and grass; and finally, our destination: The Riverside Grillshack. It’s a shack. You might be shocked, but inside the shack, they grill. They also fry. And the quality of their food far exceeds what you might expect from a shack in Rosebank.

In truth, I should say shacks. There are two structures here; the larger of the two plays host to great culinary feats. The miniscule kitchen inside holds no more than three cooks, but from their skilled hands comes a steady stream of burgers and fries to sate hungry Rosebankers. Connected by a covered patio, the second shack features signage declaring it the LUXURIOUS DINING AREA. Though the screened-in porch is lovely on a warm day, it’s not at all luxurious—but that’s beside the point. Because when the food comes out, the scenery no longer matters.

Today I’ve arrived at the Grillshack and don’t plan on immediately devouring my togo order. I take a seat at one of the sturdy picnic tables across from Steve and Susan Richter, the ambitious restaurateurs that transformed this tumbledown shack into a dining oasis. They’ve brought their young daughter, Emily, who’s crawling on the table between us. At nine months, she’s a pile of adorable wrapped in a Pink Floyd onesie. Over her babbling, I ask how their other baby, the Grillshack, came into being.

It all started at Rosepepper Cantina, Steve and Susan share with a grin, a Mexican restaurant known for its witty sign and strong margaritas. With those cocktails, I’m guessing Emily and the Grillshack are not the only babies with Rosepepper roots. Steve and Susan worked at Rosepepper back in 2006, both serving tables. Their longtime friendship and mutual careers in food service predated their romantic pairing, and though they both left the Cantina, Steve tells me that “somehow, we got roped back into restaurants after those years.” As he puts it, “We’ve always loved the idea of being small business owners and had that being a goal for our adult lives. It took a while for it to come together, and I swore and swore it was never gonna be a restaurant ever again. But you know, it happens that these are the things you’re good at. Sometimes, you know what you know. It worked out pretty well.” 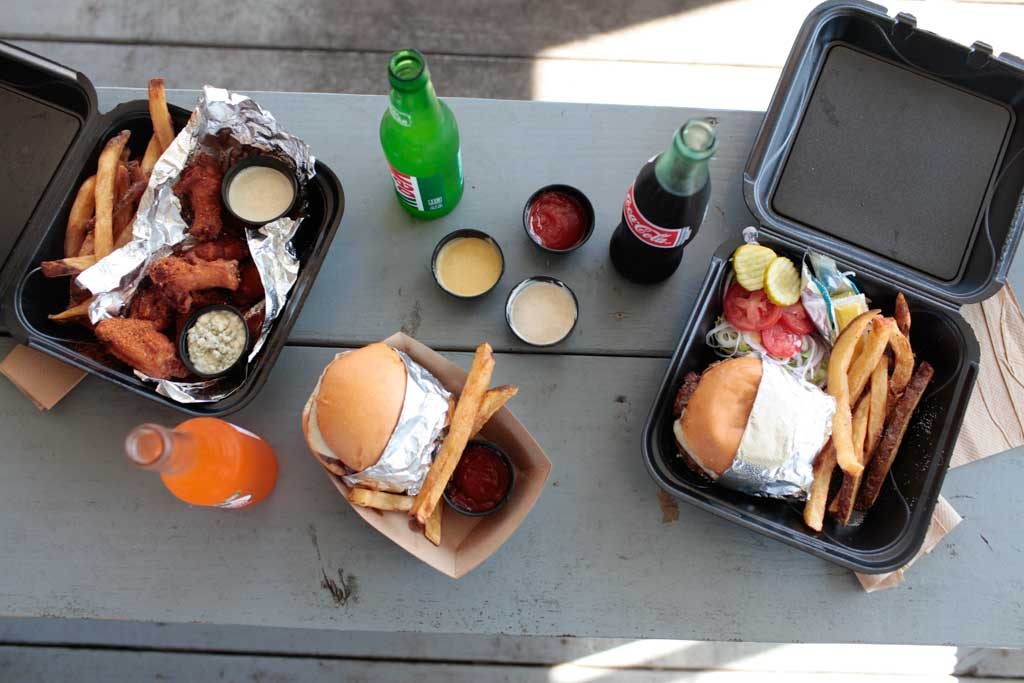 Before the shack, there was the food truck: Über Tüber Hand-Cut Fries. It lasted only a single summer. The recipe was an attempt to re-create the product served at Thrashers, a beloved beach boardwalk fry shop on the Atlantic coast near Steve’s childhood home of Salisbury, Maryland, and coincidentally, also near Susan’s birthplace of Falls Church, Virginia. When Steve explained his idea to Susan, it was an easy sell because, as she tells me, “I went to the same beach and had the same fries growing up. So when he decided, ‘Let’s try to make Thrasher fries,’ I was like, ‘Yeah! Let’s try to make those fries!’ They were the best fries we’d ever had.” The sell was easy; the recipe was most definitely not. Steve looks like he’s reliving some minor trauma recalling the development process. “It took probably dozens—if not a hundred— failed recipes before we came up with something that we thought was good enough to compete . . . I’ve never found anything that’s so difficult, so easy to screw up, as french fries. If you’re off a few degrees, or a few seconds, in any stage of the cooking process, they can just be ruined.” 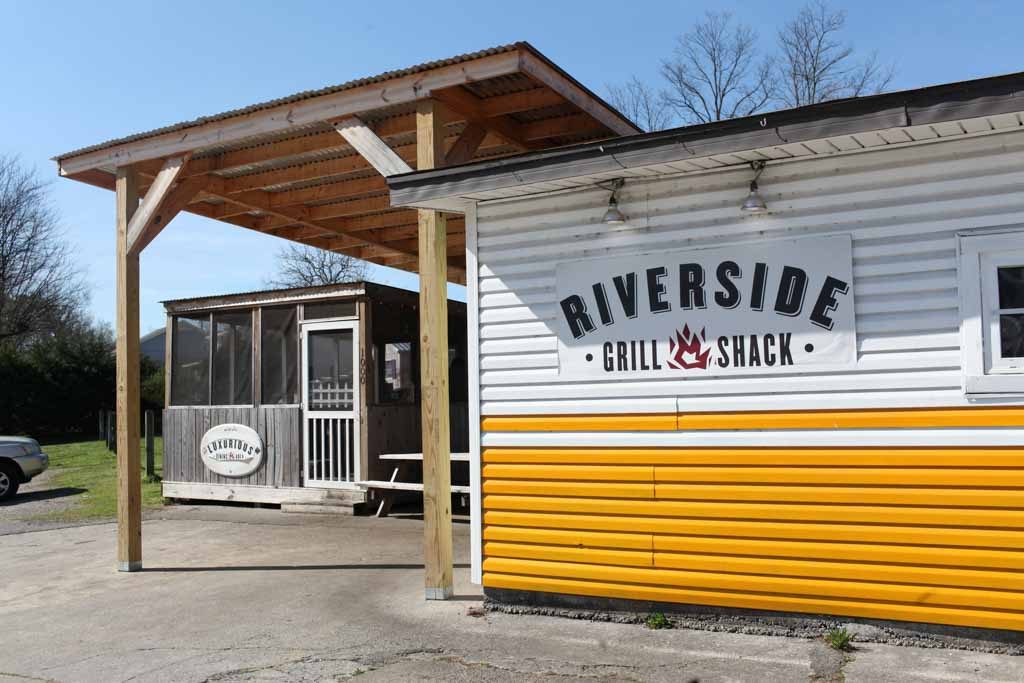 Steve and Susan started to offer their exhaustively tested Thrasher-style fries, and people enjoyed them. But the food truck didn’t do especially well, even as it chased local festivals like Pride and Tomato Fest. Steve explains, “Our recipe requires just colossal amounts of water and gas and stuff that made it progressively more impractical to do it from a truck.” Their supply dilemma, however, led them to this unusual shack—an odd structure, certainly, but remarkably well-suited to their needs. Steve gestures toward the cook shack next door and lays it out. “Since we were never prepared to start a full-size, full-service restaurant or something along those lines, we essentially just found a space that was the size of a food truck. Now it has a gas hookup and a water hookup and it lets us make fries to those quantities that we need, enough to be successful. Since then, it’s just been us trying to keep up with growth.”

By October 2013, their kitchen was grounded on terra firma, and the two began to experiment with different menu items and recipes. Their perspective was unusual, as Steve points out. “We went the opposite direction from most places . . . Instead of, ‘What do you want with your burger?’ we said, ‘What do you want with your fries?’” The original menu featured a handful of sandwiches as fry-friendly platter mates, but their customers spoke clearly: they wanted burgers, and only burgers, with their fries. “The numbers were crazy!” Susan remembers. “It was like 90 percent or something, if not more: just the burgers. And then 10 percent: all the other ones combined!” With the message received, they pared the menu down significantly and focused on making their burger and fries as delicious as possible. A noble mission, to be sure. 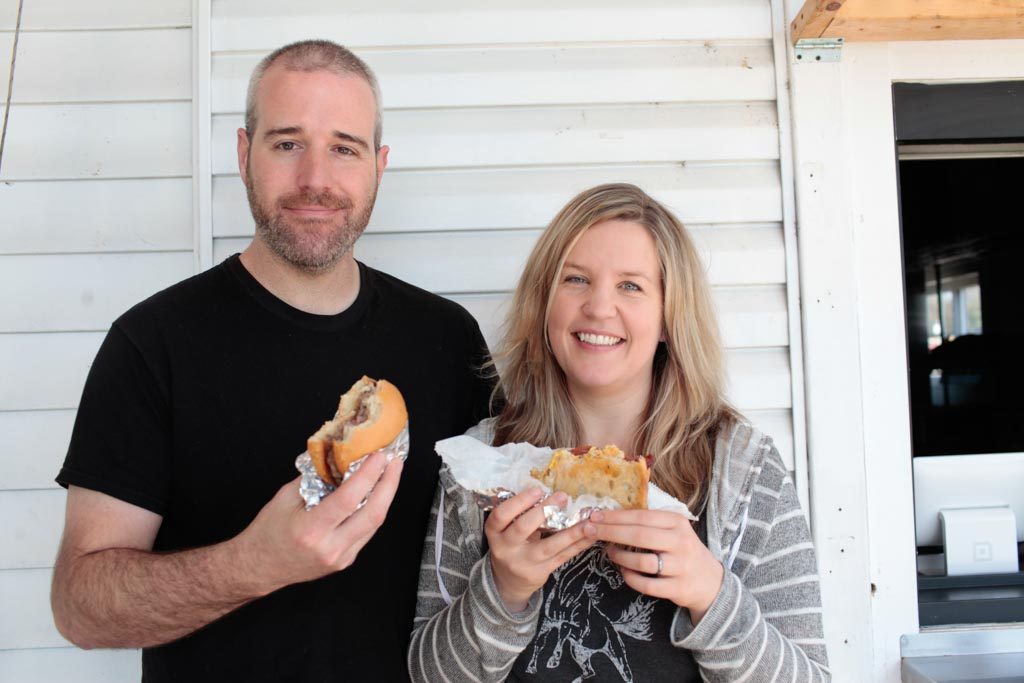 As Riverside Grillshack’s lunch and dinner menus took shape, Steve and Susan invited Leigh Wiser, another Rosepepper alum and Tennessee native, to create a complementary breakfast. Leigh joins us at the shack and tells her side of the story. Starting out six days a week, she would arrive at dawn with loaves of homemade rosemary bread, small pies made with fried biscuit dough and fillings both sweet and savory, and her miraculous fried grits, among other delectable items. “It was a labor of love,” Leigh quips in a soft Southern drawl. It was a hard slog at first, with long hours at the shack bleeding into her long nights working behind the bar at Rosepepper. Now she’s found a better balance and brings her breakfast to the shack Friday through Sunday, a much more reasonable timeframe. Still, she gives it her all. The grits are golden triangles that are fried to perfection, and even though they’re just a small side dish, Leigh’s recipe is demanding. “[They’re] mixed, baked, chilled for a little bit, sliced, frozen, fried.” She adds with a self-effacing smile, “It’s . . . all of my things are a lot.”

Leigh’s attention to detail and quality goes along nicely with Steve and Susan’s minimalist menu, and the extra open hours mean there are now six employees supported at least in part by the Grillshack. The work family here makes it possible for Steve and Susan to simultaneously own a small business and raise a beautiful young baby. Steve never wanted to return to the long, arduous hours that working in the service industry entails, and now he doesn’t have to. As he explains, “We have really good people that are runnin’ the shack for us now . . . We never really intended for this to be anything but a job for me, but it turned out to be a business that employs five people plus me. The fact that we’re able to do that when we never really had bigger plans for it other than it just being a personal project—it’s awesome.”

Train tracks hug the Grillshack’s property line, so close that Susan once served a burger to a conductor awaiting his pass-through orders. Though the train rumbles through every hour or so, there is a soft tranquility that surrounds the Grillshack and Rosebank. Along with the quietude, though, comes some isolation. For thousands of Nashvillians in Rosebank and Inglewood, this humble shack is the first restaurant when driving downtown, or the last filling station before arriving home. Today, as I lounge in the Luxurious Dining Area, surveyors for Metro Nashville are creeping back and forth across the Grillshack’s wide, puddled lot. Next door, a line of tall skinnies are getting their windows installed, nearly ready for new owners willing to part with $300,000 and up.

There’s a tendency around town to see developers in a pretty harsh light. It’s understandable sometimes, but they’re not all bad. Steve and Susan have a lease until 2020, and even if their property gets built out, the landlord has told them to plan on sticking around. That stability might give them a chance to open a second location. “Healthy businesses grow,” Susan tells me as she reaches out to pick up her daughter. “[It’s] been a lot of hard work and a lot of luck over the past couple years with us being open.” Steve adds that they’re not afraid of growth. “More activity on Riverside, and Rosebank in particular, makes this place better off for everyone that lives here and eats here.”

The Riverside Grillshack won’t be quiet for long. 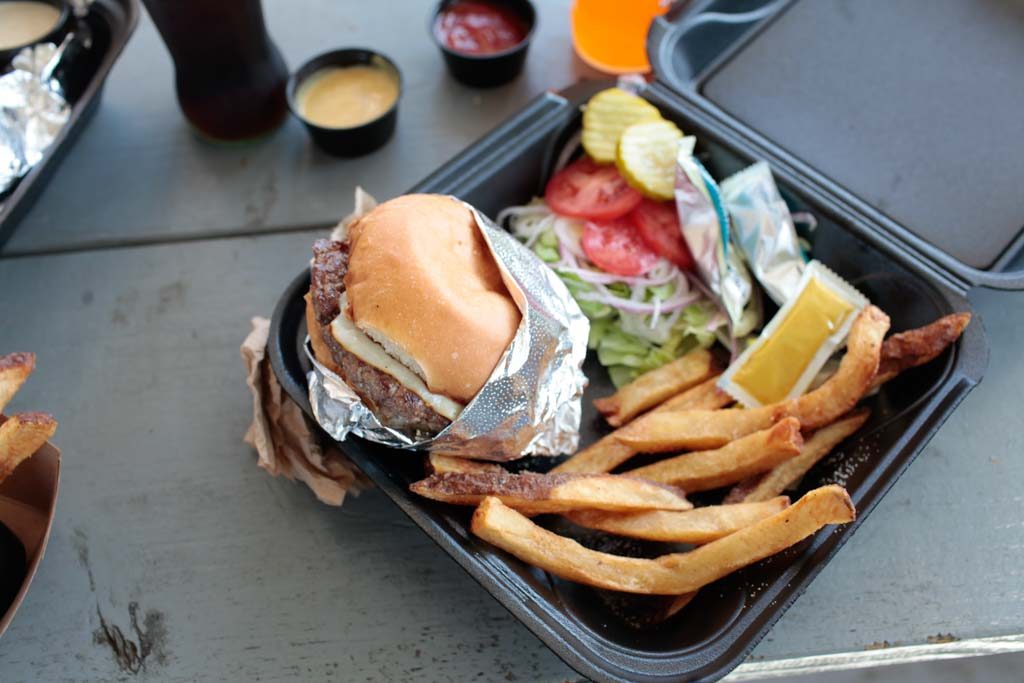