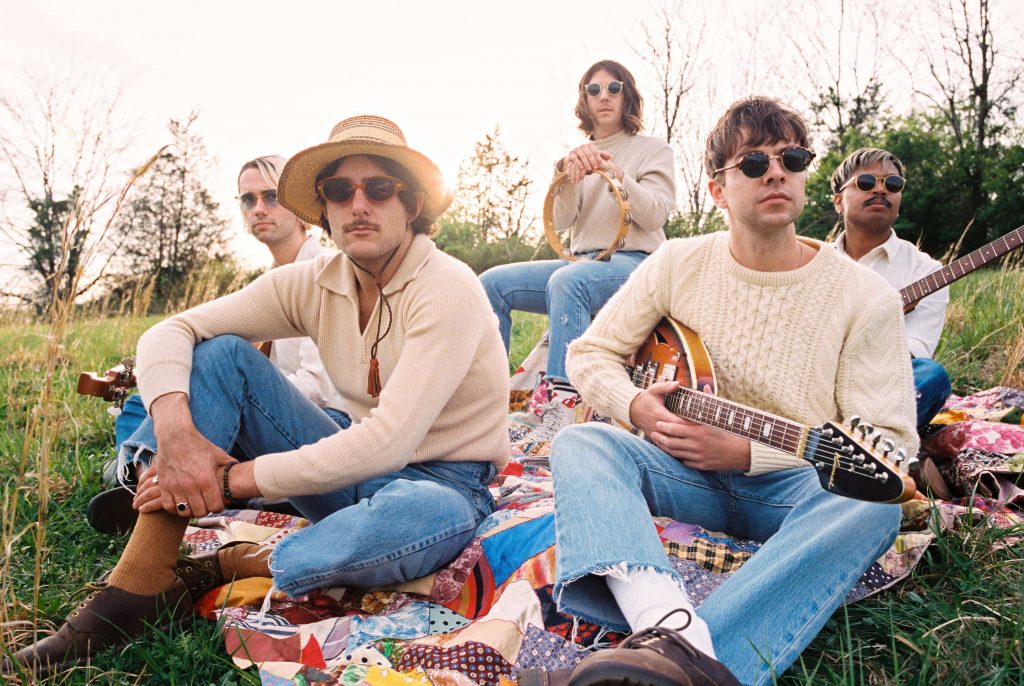 Zac Farro considers for a moment what might have happened had he not grown up in Nashville. “I love my family up in New Jersey, but what I do is because I’m from here,” he says. “Not that I wouldn’t be passionate about another avenue of life or occupation, but I can’t imagine a world without music, man.”

He’s not a Nashville native, but Farro and Music City go way back. He moved to Tennessee from the Garden State as a child, and he started playing drums when he was nine years old, after his mother sent him to a Bach to Rock music camp. Farro found himself surprisingly eager when the instructor brought in a kit.

“In school when you have to do a presentation or something, that was literally my worst nightmare,” he says. “So I’d never volunteer to go up, and the dude was like, ‘Hey, would anyone want to play the drums?’ and I just look up and my hand was raised . . . It was like a weird meant-to-be moment, because I had never played before.”

Farro didn’t get serious about drumming until two years later. Soon afterward, he and his brother, Josh, became founding members of pop-punk band Paramore. They began touring, and the Franklin-based group became an international sensation. The Farro brothers famously left the group in 2010, but Zac rejoined in 2016. And he’s only twenty-seven. 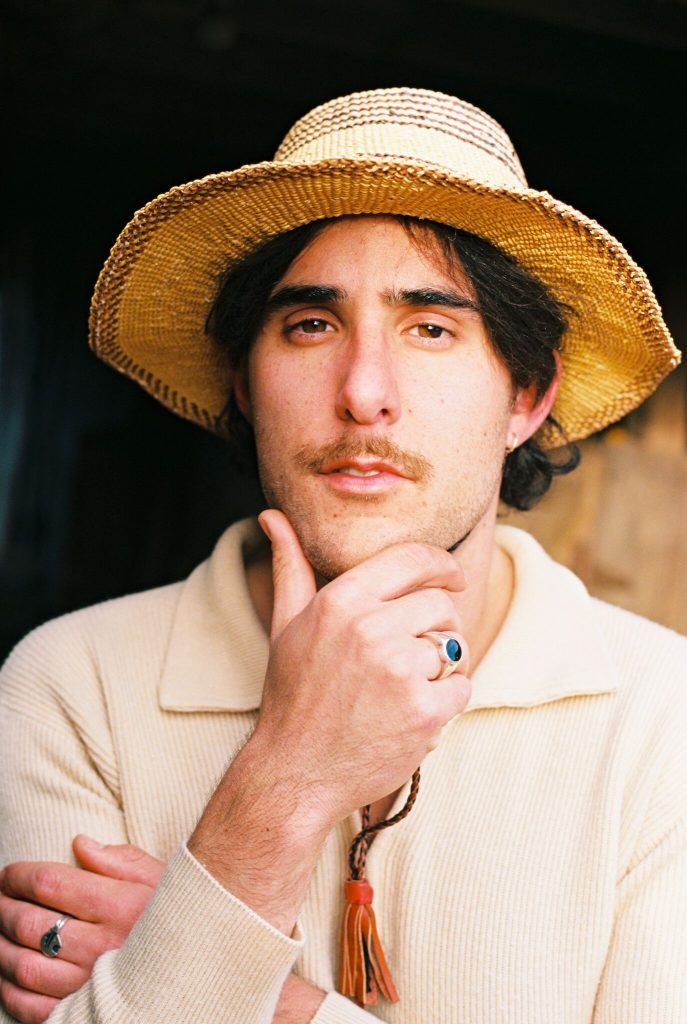 After he and his brother left the band, Farro felt creatively curious. He began messing around on Logic Pro and GarageBand, sketching ideas and finding sounds he liked. Around the same time, his friend Daniel James was getting into production and approached Farro about working together on some of his tracks. He even accompanied Farro when he moved to New Zealand for a few months. While they were there they recorded the first HalfNoise LP, Volcano Crowe.

“It sounds kind of lame, but I really found myself there,” says Farro from across a table on the patio at Vui’s Kitchen in Germantown. “I just kind of grew up on the road since I was thirteen, and that can screw you up pretty bad. Not that I was a screwed-up dude, but I just missed out on a lot of life. And [James] met me over there and we did some music and had some crazy life experiences and then I came home and I was like, ‘Cool, I want to do this.’”

Farro returned to Nashville and continued recording and releasing music, all of which James co-produced with the exception of his 2016 album, Sudden Feeling, which was recorded in Los Angeles with Phil Danyew and Scott Cleary. In the time since, HalfNoise has changed shapes—Farro is still the only permanent member, but he considers HalfNoise sessions more of a musical potluck and invites his friends to bring something to the table.

“It started as a bedroom project and now all of our friends know, ‘Oh, HalfNoise is recording? Hell yeah, I’m going to come over and play something,’” he says. “It’s a thing now.” In some cases, these contributions from friends mean that they co-write entire songs with Farro, and in others they simply lay down a guitar part or two. 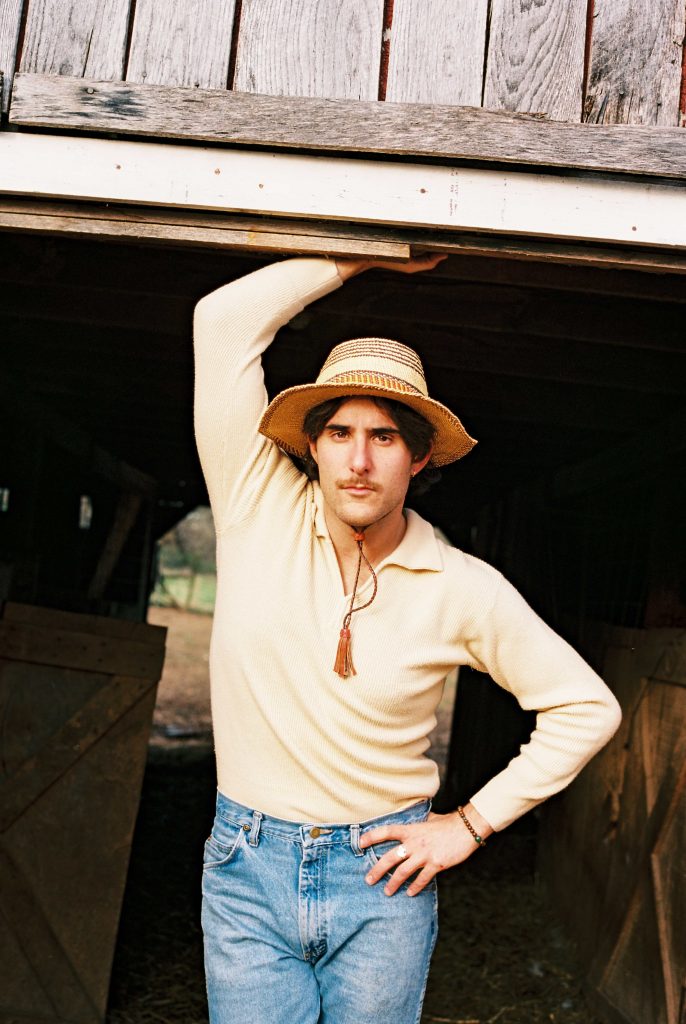 It’s not surprising that Farro brings people together this way. Dressed in a pink beanie and blue bomber jacket with a logo that reads “Bear Safety Patrol,” he speaks sunnily about his work in a way that belies his many years in an industry known for cultivating cynicism. He mentions his friends constantly, from a buddy he’s producing in Los Angeles to a Swedish couple he’s collaborating with. Farro and his roommate have also started writing songs in the morning over coffee. It seems friendship and creative collaboration are one in the same to him.

But Farro’s friends aren’t the only thing that’s been influencing HalfNoise lately. For their latest release, Flowerss, the band drew inspiration from the likes of The Kinks and T. Rex. They also incorporated more organic instrumentation into Farro’s songs.

“I got to this place where I couldn’t play the song that I’d written on the computer on just the piano or guitar and it translate, you know?” he says. “It’d be just a completely different thing, and I think that’s cool, but I wanted to stretch myself and write songs you could sing around the fire with friends.” In fact, he did just that the night before, playing his song “Scooby’s in the Back” with a group of pals.

Last year’s The Velvet Face EP evoked the 1960s, with a psychedelic sound that was a departure from the ambient indie rock and electro-pop of its predecessors. Flowerss takes that sound even further and is HalfNoise at its most adventurous. Farro was listening to everything from Nigerian Afrobeat pioneer Fela Kuti to French indie rocker François Virot.

“All That Love Is” is a melancholic meditation on feeling let down in love, set against a wriggling bassline that dares you not to dance. “And a lot of that is I’ve let myself down and I’ve just put myself out there too quick and then I get hurt,” Farro says. “So it’s this needed-to-get-that-out kind of thing, almost to move on.” He likes the tension created by the contrast between the sad lyrics and the happy sound. “There’s also something encouraging about just being honest, you know?” 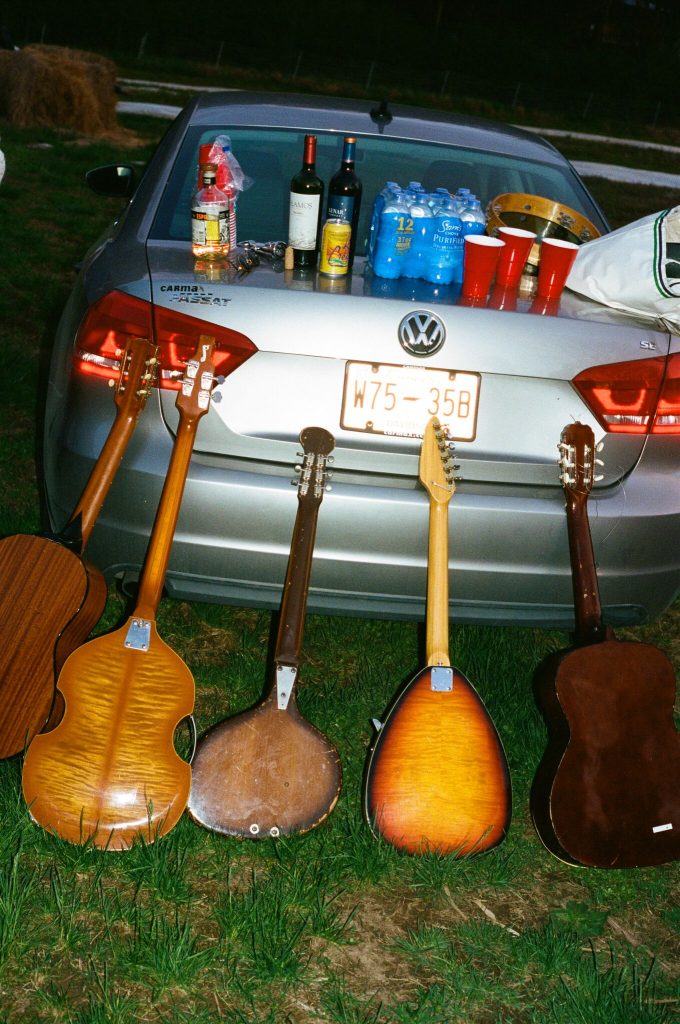 One of his friends kicks the song off speaking in French, telling the story of a couple spending a romantic evening together. It’s an homage to Cameroonian composer Francis Bebey, who layered guitars and traditional African instruments with drum machines and synthesizers. On “She Said,” Farro sings, “She said, ‘Don’t worry about a thing’ / But then I just worry, I don’t know why I can’t try,” over crunchy guitars and crashing drums, the latter of which he recorded in his home studio right when he woke up one morning. Farro and James tried to recreate the energy of the original take when they were tracking the songs, but they decided to keep the original, quirks and all. Farro tried to take that same approach to the recording process as a whole.

“There are moments where two friends are playing the guitar parts all the way through and riffing on each other and kind of improvising. We left it because [when] they did it again they did it even better, but the character wasn’t there,” he says. “There’s something so digestible about a human imperfection, you know?”

Working on his own project has been a learning experience for Farro, from recording to performing to branding. In Paramore, he was used to sitting behind the drum kit, but in HalfNoise he’s the front man, a transition that Farro says has been awkward at times but has proved rewarding. He also credits his new role in his old group with bolstering his confidence, as he has grown from a kid who dreaded speaking in front of his class into an adult singing in front of crowds.

“Honestly, joining this band again has given me the courage to even be myself more and be even more charismatic, because there’s less pressure to make this, like, a big band,” he says. “Not that I ever wanted it to be anyway, but it lets it be even more organic and natural and just more my personality.”

Both bands complement each other. Their teams work together, and Paramore’s most recent record, After Laughter, with its groovy, synth-heavy sound, was well-aligned with Farro’s musical sensibilities. He even co-wrote a couple of the songs. 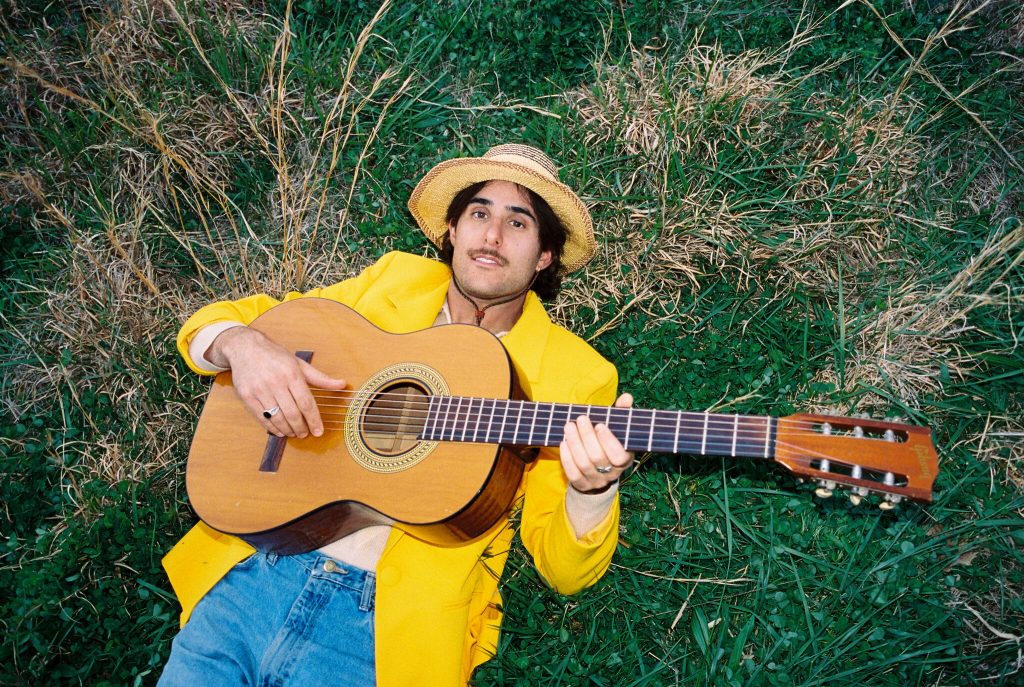 With HalfNoise, Farro has focused more on making music than touring extensively, but they hit the road for a string of headline dates earlier this month, culminating in a hometown show at Exit/In featuring some friends—rock trio Ornament and singer-songwriter Becca Mancari. Paramore also regularly includes HalfNoise material in their sets on tour, giving Farro a chance to step out from behind the drum kit and stretch different muscles.

Being raised here, Farro has watched Nashville grow and change, but he still finds the city creatively stimulating, especially right now. He just started reading Meet Me in the Bathroom by Lizzy Goodman, a book that details her experiences in New York’s early 2000s rock scene, when bands like LCD Soundsystem and The Strokes were coming into their own.

“When I read it I’m like, That’s what’s happening in Nashville right now,” he says. “It’s still kind of like the Wild West a bit . . . I’ve been here my whole life and maybe it’s the season I’m in, but it seems like the most riveting time to be here. Even though a lot of people complain about it changing a lot, and I do too sometimes, complaining’s never done me any good. So I’m kind of trying to stop doing that too and just see the positive side of it.”

Farro is also doing his part to give back to his hometown. He started his own label, Congrats Records, with two friends back in 2016. At first Congrats was a means to release his own music, but now Farro’s turning his attention to other artists. Like HalfNoise, he sees the label as something fluid, a conduit for more than just music. He loves photography and might want to release a book of pictures through Congrats one day. “It’s like an art house,” he says. “It’s not just a record label that’s like, ‘We only sign music.’ It’s like, ‘Let’s do whatever we want.’ There are no rules with it. That’s what’s so cool.”

We wrap up our meal, and Farro is about to walk to rehearsal for the PARAHOY! cruise, a four-day trip through the Caribbean headlined by Paramore that sets sail the following week and features a wide-ranging lineup of artists and groups. Farro will play with both of his bands.

While there is some overlap between the two, whichever project he’s working on, he’s all in. “So, when I’m in HalfNoise world, I’m all there. When I’m in Paramore world, I’m all there, and so I’m kind of like, ‘Oh yeah, I have this other band,’ once we’ve come from a really long tour,” he says. “Time is a challenge, but I don’t think I want life without a challenge.”