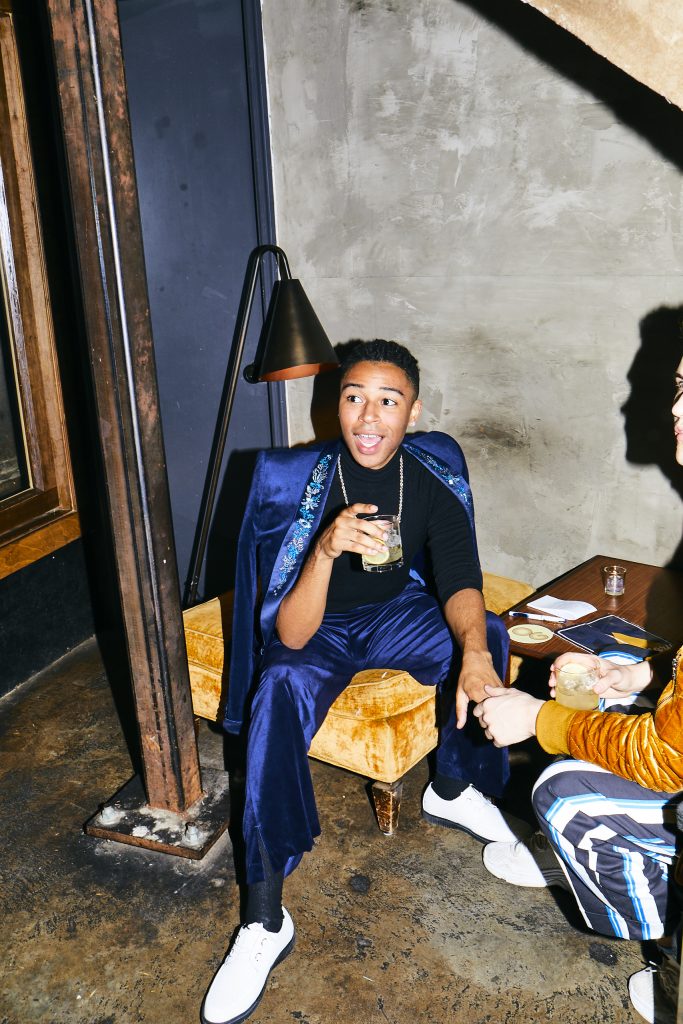 There’s a lyric on Oasis’ eight-times platinum debut, Definitely Maybe, that spoke to a generation of disaffected lads in Manchester and will probably end up on Noel Gallagher’s gravestone: “I need to be myself / I can’t be no one else.” While we acknowledge that the elder Gallagher’s work isn’t exactly Pound-level poetry, we admire the sentiment. There’s only one you, and if anybody doesn’t like who that is, fuck ‘em—you can’t be no one else.

Maybe that’s why we’ve been loving local alt R&B crooner (and sometimes rapper) Houston Kendrick, who is undeniably himself—and no one else—on his debut, Pink. The triumphant mixtape is a celebration of all the traits Kendrick was encouraged to downplay during his religious upbringing in Alabama. It’s eccentric, feminine, and unabashedly queer, just like—as Kendrick aptly pointed out in a recent Instagram video—the color pink itself. On the mixtape, Kendrick touches on everything from black excellence to young love to the joy of wearing velvet year-round (Killa Cam would approve), and the sound is appropriately cathartic as well. There’s a heavy Channel Orange feel here, plus some big, victorious beats that wouldn’t sound out of place on Late Registration or Graduation (we still miss the old Kanye). Overall, Pink is a study in joy, self-love, and pride—and in this age of performative cruelty, that gives us hope.

Perhaps we shouldn’t be surprised that a guy who loves wearing velvet in the summer likes to hang out at a bar that’s beautiful and lush. “I love going to Old Glory because of how glamorous it feels,” Kendrick says, citing the Soler sisters’ Edgehill staple as his favorite local spot. “It’s so tucked away and intimate—every time you go, you feel like you’re discovering a secret!”

We say the sooner you discover Kendrick, the better.