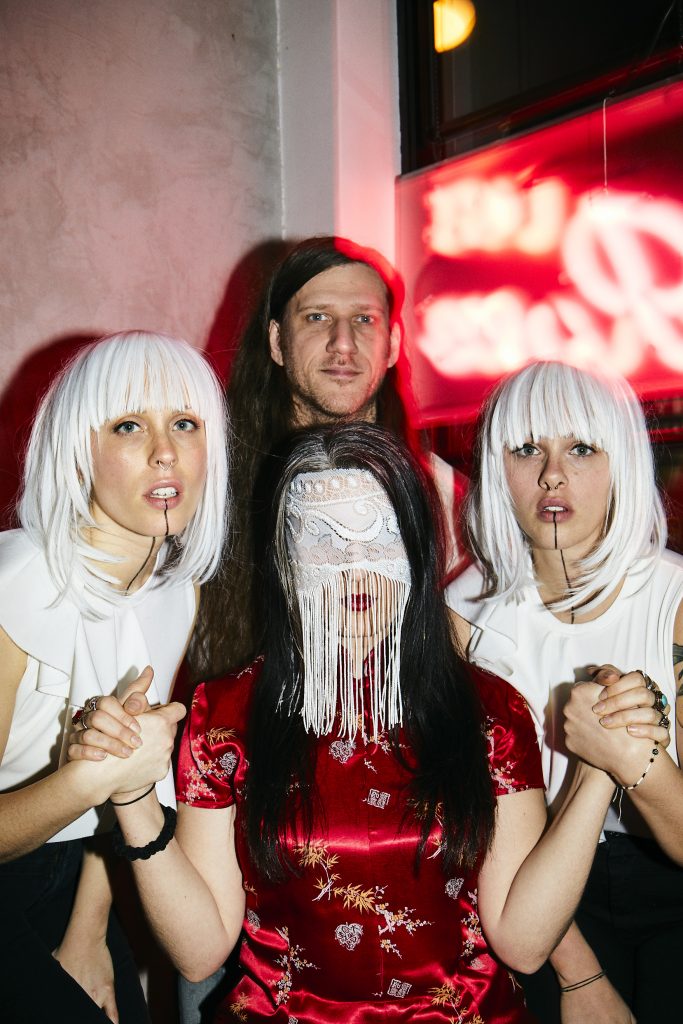 Leave it to Americans to try and turn a profit from anything. It doesn’t matter if we’re talking about social justice, countercultures, or craftsmanship (can a sandwich from Wendy’s really be “artisanal”?), someone will find a way to squeeze a dollar out of it. Cash, as Method Man aptly put it in 1993, truly does rule everything around us.

Perhaps then it’s not shocking that in the past few years, Wicca-inspired mysticism, the occult, and anything generally “witchy” have been subject to this sort of commodification. In the post-Grimes age, there are books about “witch self-care,” and Sephora even tried to sell a $42 “Witch Starter Kit” earlier this year (you really can’t make this shit up). The point: it’s hard to find something that feels authentically weird—something that makes you stand at attention and say, “What the fuck is this?”

We’re thankful that local synth-goths HR_Lexy make us ask that very question in the very best way possible. There are lots of ways to try and describe the quartet, which is led by vocalist Arlene Sparacia. You could say they’re witch house or goth or ambient performance art; you could say Sparacia is some kind of middle ground between Marina Abramovic and Siouxsie Sioux; you could say they pay homage to the theatrics of Kate Bush, the ethereal surrealness of Cocteau Twins, or the dark campiness of Bauhaus. But ultimately, you’re not going to “get” HR_Lexy unless you see them live. Through stage design, choreography, and a whole lot of noise, Sparacia transforms any venue into a haunting, dreamlike cosmos that will suck you in like a moth to (black) flame. If you get the opportunity, we really encourage you to go see them—just maybe leave the Sephora witch kit at home.

When they aren’t giving Nashville nightmares, you can find Sparacia and company at Cafe Roze. Says the frontwoman via email: “They care about locally sourcing their ingredients from surrounding farms, and the staff there are some of the sweetest people I’ve had the privilege of knowing.”

Who said goths have to be miserable?